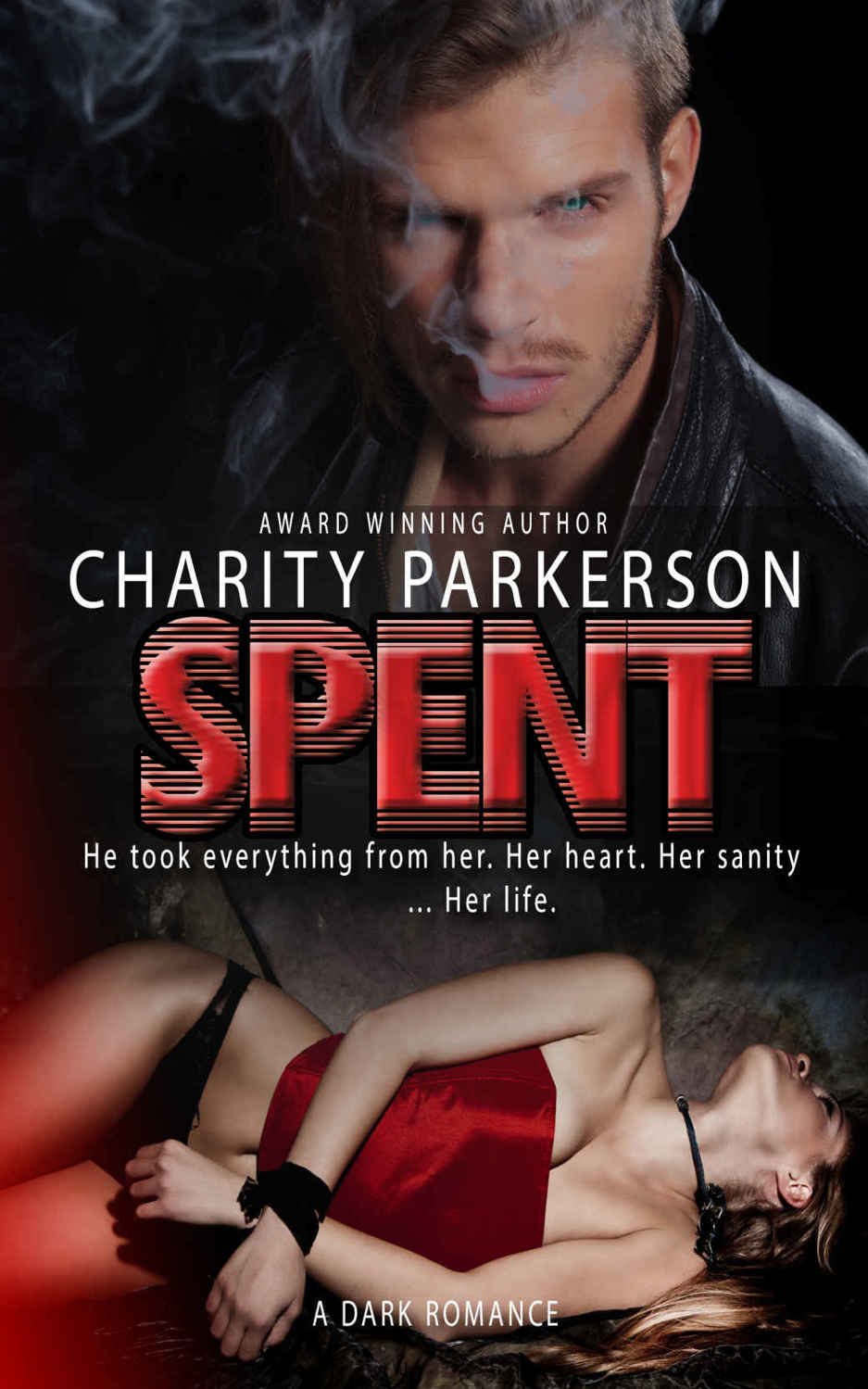 “When you compare the sorrow of real life to the pleasures of the imaginary one, you will never want to live again, only to dream forever.”—Alexandre Dumas

Without limiting the rights under copyright(s) reserved above and below, no part of this publication may be reproduced, stored in or introduced into a retrieval system, or transmitted, in any form, or by any means (electronic, mechanical, photocopying, recording, or otherwise) without the prior permission of the copyright owner.

The scanning, uploading, and distributing of this book via the internet or via any other means without the permission of the copyright owner is illegal and punishable by law. Criminal copyright infringement, including infringement without monetary gain, is investigated by the FBI and is punishable by up to 5 years in federal prison and a fine of $250,000. Please purchase only authorized electronic editions, and do not participate in or encourage electronic piracy of copyrighted materials. Brief passages may be quoted for review purposes if credit is given to the copyright holder. Your support of the author’s rights is appreciated. Any resemblances to person(s) living or dead, is completely coincidental. All items contained within this novel are products of the author’s imagination.

--Warning: This book is intended for readers over the age of 18.

She hoped they’d be together forever.

Bailey is—at best—a loner before Lucien. When he steps into her world, it is like something from a dream. Every encounter leaves her breathless and wanting more. They are perfect together. That is, until he takes everything from her. Her heart. Her sanity… Her life.

Forever turned out to be longer than Bailey could’ve ever imagined.

For someone such as Lucien, an entity as old as time, people are insignificant. Eternity has a way of corrupting morals. Watching the light leave a human’s eyes means nothing to him. It’s his job. Simple. Unexceptional. Meeting Bailey changes everything and nothing. She’s the addiction he’ll do anything to feed. No low is too low when it comes to keeping her, even in death she belongs to him.

When Bailey accepts the help of another powerful being to escape Lucien, she learns there are fates much worse than death, and the price she has paid is a soul well spent.

“I didn’t fear the things I should. Instead of being scared of what goes bump in the night, I should’ve been terrified of myself. What he could make me do. How far I would go. What I would become.”

Pitiful screams, moaning, and cries filled the night. When Bailey first arrived at Rockway County Mental Institution, she’d joined their ranks. That is, until one of the nicer doctors prescribed her something wonderful. Even though she couldn’t pronounce its name and it didn’t help her sleep, the meds made her not care about… well, anything at all.

Her baby moved, squishing her bladder and distracting her from the noise surrounding her. Luckily, as quickly as it happened, her little bean found a new spot, relieving the pressure. She wasn’t in the mood to pee… again. Rolling onto her back, Bailey breathed through her nose, hoping the room would stop spinning. The slow inhalation did nothing to keep the floor from moving beneath her. Bailey squeezed her eyes shut instead. Heat surrounded her. Bailey released a low sigh of relief as she snuggled closer to the warmth. Shifting her weight, she found the perfect spot in her man’s arms.

Bailey chuckled. Her fingers sought the hem of his shirt and slipped beneath. His skin was so soft, yet it covered hardened and defined muscles. She was addicted to touching him.

“I make them angry.”

His palm slid over her stomach as if saying hello to their baby. “I can’t imagine you making anyone angry.”

With a shrug, Bailey burrowed deeper into his hold. “They want me to admit you’re not real. I point to my growing belly as proof. They say I’m confused or must be trying to hide the identity of the staff member or patient I’ve been fraternizing with. I laugh. They drug me. On and on it goes. Every day.” His grip tightened. Sleep rose up to claim her. A moment before darkness engulfed her, Bailey heard the confession falling from her lips. “I don’t like being crazy.”

Bailey’s eyes shot open. Hot tears poured from the corners of her eyes, rolling back into her hair and soaking her pillow. She could tell by how wet the material was that she’d been crying for a while. Even though Bailey knew what she’d find, her hand slid to her stomach. The flat surface brought on a fresh wave of tears. Her son was still gone—forever lost. A sob tore from Bailey’s throat. At least the memories haunting her dreams had spared her from reliving that loss tonight.

An ear-piercing wail displaced the air, dragging Bailey back to the present. It was like adding insult to injury when her nightmares woke her half a minute before the alarm clock. Not that there was any chance of her going back to sleep anyhow, but still. Turning onto her side, Bailey let the alarm assault her ears. The small punishment only made her crave something worse. She embraced the gnawing need to hurt herself. No penance would ever be enough.

Attempting to erase the final dregs of her dream, Bailey stared at her arm and traced the fine white lines scarring her wrists. It had been two years, seventeen days, and six hours since the last time she’d drawn blood. The nights were chilly this time of year. She could wear long sleeves. No one needed to know.
I’d know.
The whisper floating through her head sounded suspiciously like his. Closing her eyes, Bailey swallowed past the lump that lived permanently in her throat. Yes. He would know.

For ten solid minutes, Lucien stood outside Masked Image Tattoo and Piercing watching Bailey through the dingy window. Long sleeves covered her arms. She pulled at the material, stretching it until she could keep the edges of each sleeve balled in her fists. The neck of the cotton shirt was cut low. Each time she tried tugging the sleeves further down her arms, lace from her bra made an appearance. No matter how hard he tried, Lucien couldn’t stop his gaze from locking on to the hint of material each time it peeked out.

She was beautiful. Bailey Dupart wasn’t the first gorgeous soul he’d claimed. She was the first to tempt him. That was the real reason why his feet refused to budge the first fifteen times he’d tried to enter the shop. His watch beeped, reminding him of the time. It was short. Staring at nothing, Bailey snagged a curl resting on her breast and lifted the strand to her mouth. As she brushed the blonde tips along her lips, Lucien’s nose tickled. He wondered at her scent. His money was on strawberries. Sometimes, duty was a heavy burden.

Pushing his unwanted desire aside, Lucien made his way inside. The night wasn’t getting any younger. Even as the bell hanging above the door tinkled, alerting her to his arrival, Bailey didn’t glance his way.

Finally, at his claim, a set of emerald eyes moved in his direction. She blinked, making him curious what she’d been thinking about. Her thoughts must’ve been intense to have pulled her so deeply inside herself. She cleared her throat. “Sorry. I was daydreaming. How can I help you?”

Damn, her husky voice was every bit as sexy as the rest of her. “About what?”

Bailey tilted her head to one side at his question as if he was some undiscovered species she found interesting. He was, but she didn’t know that. “About what, what?”

Lucien tucked his hands in his pockets, prepared to stay all night. It was ridiculous how entertained he was by her. “What were you daydreaming about?”

At her response, Lucien pressed his lips together to stop himself from pointing out all the holes in her answer.

She straightened from her slouched position on the counter. “Were you looking for a certain tattoo design, or maybe a piercing?” Her gaze slid down his body, stopping at several spots, as if assessing the possibilities.

Biting back a sigh of regret, Lucien dug a slip of paper from his pocket and handed it over. “I’d like to get this tattooed across my back.”

She stared down at the foreign letters scrolled across the page,
Θανατος
, before meeting his gaze once more. “What does it mean?”

Bailey shrugged and waved him around the counter. “Come on back,” she called over her shoulder as she headed toward her workstation. She motioned to an empty chair. “If you’re ready to do it now, you can sit here. Shirt off, straddling the seat.”

Lucien felt his smile grow. He whipped his shirt over his head. Bailey turned her back on him, biting back a moan. It was a slight sound, but to him, it sounded the same as a grenade exploding. Her hands shook as she opened the new set of needles.

He wanted to set her at ease. A little. “What’s your name?” Lucien asked, even though he already knew.

Bailey didn’t meet his eyes as she answered, “Bailey. What’s yours?”

“Lucien. You got a last name, Bailey?”

“Do you?” she shot back, making it impossible to miss the challenge in her voice. He didn’t fault her for it. His presence unsettled her, making her need to expose his flaws. He did that to people. A low chuckle rumbled from the back of his throat. Bailey’s hand went straight to her stomach as the sound floated through the air. It had been purposeful on his part. He knew how he affected her. Lust saturated the air, coating his tongue. It was part of his gift. Lucien needed to unbalance his prey in any way necessary. The vulnerability etched in Bailey’s features gave him pause. He could taste the heat flooding her cheeks—hear her heart racing. Before she caught him watching, he straddled the chair and showed her his back. Never in the thousands of years of his existence had Lucien felt… he couldn’t put a name to what he felt. His voice came out sounding gruff as he answered her question.

Just for You by Rosalind James
The Interrogation of Ashala Wolf (The Tribe) by Kwaymullina, Ambelin
Opposites Attack: A Novel with Recipes Provencal by Maeder, Jo
Cold Blood by Alex Shaw
Walden on Wheels: On the Open Road from Debt to Freedom by Ilgunas, Ken
Whispers by Quinn, Erin
Catch Me When I Fall by Nicci French
In the Labyrinth of Drakes by Marie Brennan
Sparks Fly: A Novel of the Light Dragons by MacAlister, Katie
Robin Jarvis-Jax 02 Freax And Rejex by Robin Jarvis