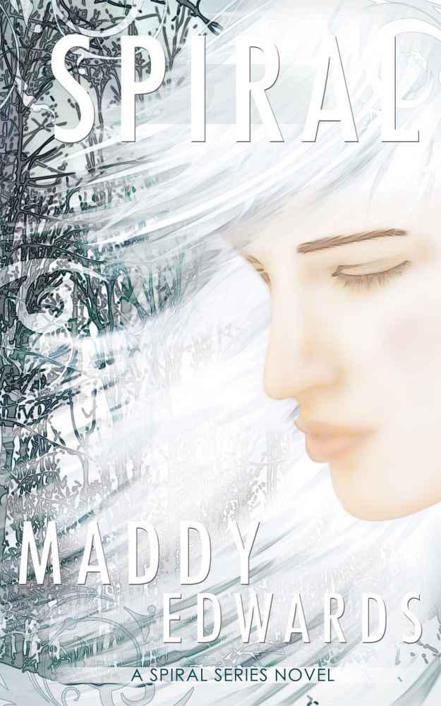 This novel is a work of fiction in which names, characters, places, and incidents are products of the author’s imagination or are used fictitiously. Any resemblance to real persons, places, or events is completely coincidental.

All rights are reserved. No part of this book may be used or reproduced in any manner without the written consent of the author.

“Where are we going?” I asked.

“Have you ever heard of a poetry slam?” my friend Jill asked me. We were in her car on our way to an undisclosed location after she and my other best friend, Maxie, had shown up at my house unexpectedly to whisk me away. My birthday was coming in a little over a week, and since my friends knew I hated my birthday they were taking me out for a surprise. They had refused to tell me until we were leaving, and now that I knew I wished I didn’t.

“Yeah,” I groaned. “You want me to rhyme? That’s your idea of a relaxing evening for my birthday? I thought you knew me.”

Jill gave me a wicked grin and ignored my sarcasm. She was excellent both at sarcasm and at ignoring things she didn’t like.

“Duh. I wouldn’t subject myself to your bad poetry,” she said.

“Well, thanks,” I muttered. “Happy birthday to me.”

“Well, a poetry slam is where people go and perform their poetry in front of people. You can go and watch or you can go and participate. It’s pretty cool.”

“And if we aren’t going to one why do I care?” I asked. “Are you secretly a poet? Because that would be awesome. It would explain all the angst.”

Jill made a face. She had jet black hair (badly dyed courtesy of Maxie), a couple of face piercings, and the ever-present combat boots. Even if she was really down to earth and cool, in our small town it pretty much made everyone think she was an all-out goth.

“We are going to a story slam, basically,” Maxie piped up from the back. “The same thing as a poetry slam only with stories.”

“It’s cool,” said Maxie enthusiastically, “because tonight is romance night.” She gave an appreciative sigh as I groaned.

“Seriously? I need to be reminded that there’s no romance in my life?” I had managed to reach senior year of high school never having had a boyfriend or even been kissed, which of course both my best friends knew.

“Look, maybe this is the year. You’re beautiful. Guys will want you,” said Jill reassuringly. Jill could say that, because she didn’t care about kissing. If a guy had tried to touch her she would probably have beat him up.

“No one thinks a girl with white, old lady hair and silver eyes is beautiful,” I muttered, fluffing my hair self-consciously.

“Good thing you have such a sparkling personality to make up for it,” said Jill.

“Anyway,” said Maxie, “before you two kill each other. . . . Tonight is a story slam with a focus on romance. So, anyone can get up and tell a story of lost love or found love or happy love or sad love or any love at all. It’s going to be wonderful!”

“To listen to romance stories?” I asked skeptically. “Okay.”

“I heard about it from a friend,” said Maxie, shrugging. “It sounds like fun. Something different.”

“Jill, you agreed to go to a romance slam?” I asked in wonder. Jill wasn’t the romantic type.

“Yeah, don’t let it go to your head. It’s your birthday soon and I’m taking one for the team,” Jill muttered.

“This would never happen in Blueberry,” said Maxie. “The only weird thing that’s ever happened in our town is you.” She pointed to me and I laughed, but we all knew she wasn’t really kidding.

It turned out that the romance slam was at a dive bar a couple of towns over from my house. I had never been there before, but in honor of the occasion the bar/restaurant was letting under-twenty-one-year-olds in, so we as high school seniors could go listen to others’ tales of woe or be made jealous by lovey dovey couples.

“This place is packed,” said Maxie, twisting one of her brown curls between her fingers as she looked around the place.

“As many guys here as girls,” said Jill thoughtfully, scanning the room.

Maxie was the responsible one of our group. She was also the boy crazy one. Normally the two didn’t go hand in hand, but Maxie liked everything just so. She also liked every guy she ever saw and was determined to bring both Jill and me into the real world to find boyfriends.

Jill and Maxie couldn’t have been more different. Maxie came from a stable family, with parents who had been married going on twenty years. Jill lived with her aunt, her parents not having been fit to raise her. She was smart, but she didn’t care about school or pleasing people. She was desperately loyal to her friends, but to everyone else her default setting was buzz off.

“Maybe some are single,” said Maxie, wiggling her eyebrows at me and grinning mischievously.

“Yeah, that should help me out,” I mumbled, rolling my eyes as if to say that nothing could possibly get me a date. “Let’s find some seats.”

It turned out that there was a table at the front of the room, right in front of the stage, and Jill and Maxie dragged me straight up to it. That was one thing they had in common: neither was shy like I was.

We also managed to avoid the other table of kids from our high school. It included Haley, who had arrived at the beginning of the year and instantly hated me with a passion.

“What are they doing here?” Jill muttered with irritation.

“Even evil people like a good romance,” said Maxie, eyeing them. “Come on. Let’s sit.”

Once we were seated I asked, “Are either of you going to tell any stories?”

Maxie loved dating and everything about boys. She viewed her dates as interviews for marriage and she took them very seriously, so I thought maybe she at least would have a story to tell.

“That’s the understatement of the month,” said Maxie, rolling her eyes. “I probably won’t, but you never know. I want to hear everyone else’s stories. If they suck maybe I’ll get up and show them how it’s done.”

“Right,” said Jill, “because you’ve been dumped so many times you must have a good story or two.”

Maxie stuck her tongue out. “If you never take a risk you never get the reward. Just think about which one of us will be married first.” She pointed at herself.

“Don’t expect me to be your bridesmaid,” said Jill. “No dresses for me.”

A Budget of Christmas Tales by Charles Dickens and Others by Charles Dickens
Jalia Prevails (Book 5) by John Booth
Johnny Depp: The Playboy Interviews (50 Years of the Playboy Interview) by Johnny Depp, Playboy
The Legend of the Light Keeper (The Light Keeper Series Book 1) by Hall, Kelly
Contrato con Dios by Juan Gómez-Jurado
Hunting the Jackal by Glass, Seressia
Bound With Pearls by Bristol, Sidney
Maizon at Blue Hill by Jacqueline Woodson
The White Tower by Dorothy Johnston
Home Burial by Michael McGriff