Read Stay Dead: A Day With The Dead Online

Stay Dead: A Day With The Dead 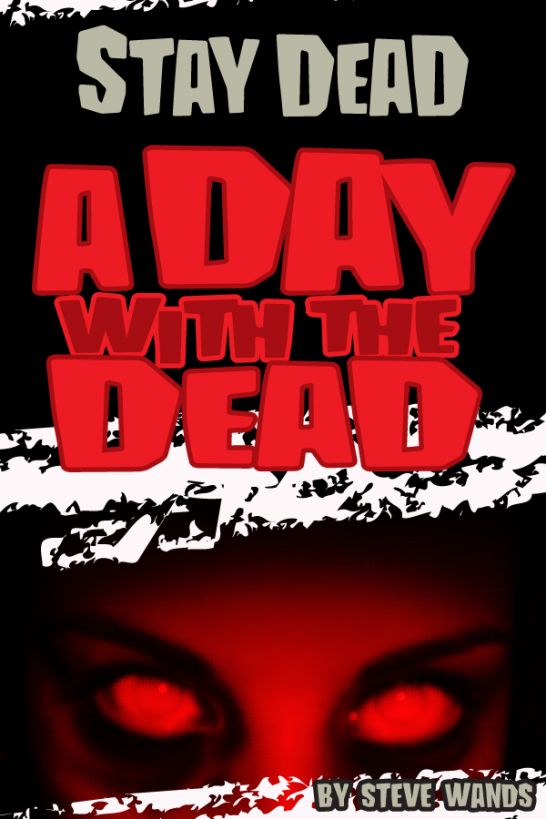 STAY DEAD:
A Day with the Dead

Stay Dead: A Day with the Dead

This ebook is licensed for your personal
enjoyment only. This ebook may not be re-sold or given away to
other people. If you would like to share this book with another
person, please purchase an additional copy for each person you
share it with. If you're reading this book and did not purchase it,
or it was not purchased for your use only, then you should return
to Smashwords.com and purchase your own copy. Thank you for
respecting the author's work.

Dedicated to those no longer walking among
the living.

To those living who are now reading these
words.

To my wife, Carmela, for proofreading and for
modeling for the cover. To Corey Graham of the Midnight Podcast,
Bryan Wolford of the Drunken Zombie Podcast, Mike Benedict of The
Cadaver Lab Podcast, Desmond Reddick of Dread Media, and Darryl
Pierce of A Little Dead Podcast for taking the time to read,
review, and discuss Stay Dead on their podcasts’ and websites.

“
One of the most humanizing zombie stories
since Romero’s Night Of The Living Dead.”

"This collection of short stories is brutal
and heart breaking. Steve Wands describes the state of the world in
the midst of a zombie outbreak as if he were there. These tales
will make you feel like you know the characters and are sharing in
their plight."

“
...one of the more intense and downbeat
endings you will ever read... endlessly fun...nothing wasted...no
pulling of punches.”

STAY DEAD:
A Day with the Dead

They had the sickness. At least that’s what
some people were calling it, as if a bottle of cough syrup would
set you right again. Jennifer—unsure of how she had the strength to
do it—managed to restrain her family. Her father was heavily
duct-taped to his favorite chair. He was neatly wrapped in a
reclined position. On the love seat were her mother and younger
brother, both of whom were strapped down with tape and bungee
cords. Jennifer sat cuddled up with a blanket on the larger couch,
her eyes rimmed with tears. They sat in front of the television,
which remained off due to the power being out. Otherwise, it was an
ordinary movie night at the Benz household, well,
that
and
the fact that (with the exception of Jennifer) they had all been
dead days ago. Yet, they continued to move, squirming in their
seats and moaning for flesh, her flesh.

Jennifer spoke to her family, sharing fond
memories of times gone by. She told her father that he was right
about her boyfriend. He only wanted one thing, and she let him have
it. She apologized to her little brother for always being mean to
him. It’s how she thought big sisters were supposed to be. She
peppered her talks with bouts of sobbing, sloppy, uncontrollable
sobbing. Her mother gazed at her with yellowed eyes and bloodied
lips. Jennifer whispered, “sorry.” They had a fight before her
mother got the sickness, but she didn’t
get
it, she was
bitten, repeatedly. Her shoulder and back were torn and marked by
teeth. Her father was able to get her back inside the house but the
damage was done, and he too, was bitten on his hands.

They both grew sick and quickly became
bedridden. Jennifer took care of them as best she could. She
apologized for fighting with her, and her mother accepted it. She
made her mother and father a promise, one she couldn’t keep. She
promised to keep her brother safe. Underestimating how quickly her
parents would turn into those things, and not fully understanding
how dangerous her situation really was would lead to the death of
her little brother. Joseph was in the bedroom with his parents. He
was curled up along his mother’s side with his action figures lost
in the folds of the blankets, sleeping. He woke up screaming as his
mother tore the flesh from his neck. By the time Jennifer ran into
the room, her father was eating his son’s eyeballs and his screams
turned into a death gurgle. Jennifer became a hysterical,
screaming, and crying mess. She closed the door and fell to her
knees. Tears and snot ran rivers down her face and spit hung from
her lower lip. She broke her promise to her mother, and now her
brother paid the ultimate price for it. Jennifer was alone now. She
was the last girl on earth as far as she knew.

Now, she told her family everything she
never could when they were alive. How much they meant to her and
how much she loved them. How she would do anything for them, even
if it meant letting them eat her. She cut them loose and opened her
arms, waiting for a family hug. She would always be daddy’s little
girl, and her mother’s pride and joy. She would never be mean to
her brother again, and most importantly they’d always be a
family.

Steve Wands
lives in New Jersey with
his wife and son. He’s a comic book letterer for
DC Comics
by day, and an artist and writer by night. He drinks massive
amounts of coffee, and sleeps very little. He is the author of
Stay Dead: The Stranger and Tunnel Rats, Modern Nightmares,
Damaged,
and plenty of short stories.

Discover other titles by Steve Wands at
Smashwords.com:
https://www.smashwords.com/profile/view/stevewands

Check out the Stay Dead blog: