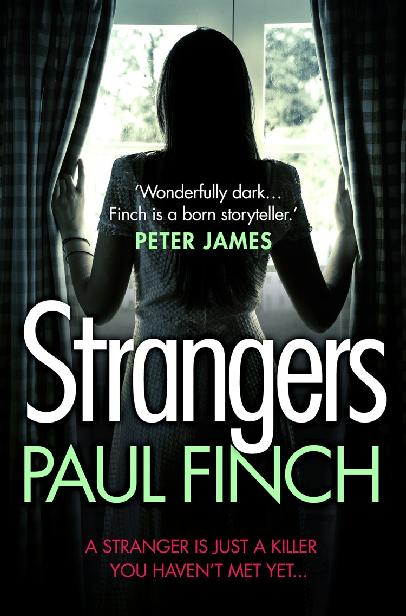 Dark, gritty and always edge-of-your-seat: the NO.1 BESTSELLER is back with a standout new heroine…

Unknown, alone, and fearing for your life.

As PC Lucy Clayburn is about to find out, going undercover is the most dangerous work there is.

But, on the trail of a prolific female serial killer, there's no other option – and these murders are as brutal as they come.

Lucy must step into the line of fire – a stranger in a criminal underworld that butchers anyone who crosses the line.

And, unknown to Lucy, she's already treading it…

“Wonderfully dark and peppered with grim humour. Finch is a born storyteller and writes with the authentic voice of the ex-copper he is.” PETER JAMES

“As good as I expected from Paul Finch. Relentlessly action-packed, breathless in its finale, Paul expertly weaves a trail through the North’s dark underbelly.” NEIL WHITE

“Edge-of-the-seat reading…Heck is formidable – a British Alex Cross.” THE SUN

“A deliciously twisted and fiendish set of murders and a great pairing of detectives.” STAV SHEREZ

“An explosive thriller that will leave you completely hooked on Heck.” WE LOVE THIS BOOK

Paul Finch is a former cop and journalist, now turned full-time writer. He cut his literary teeth penning episodes of the British crime drama, The Bill, and has written extensively in the field of film, audio drama and children's animation. He is also well known for his work in the thriller and horror fields.

Paul lives in Lancashire, with his wife Catherine and his children, Eleanor and Harry. His website can be found at: www.paulfinch-writer.blogspot.com 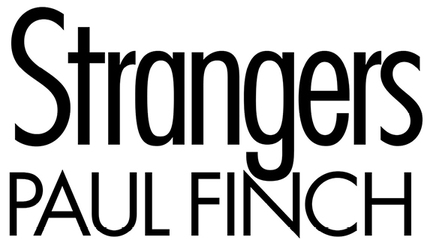 Published by Avon an imprint of

Paul Finch asserts the moral right to be identified as the author of this work.

A catalogue copy of this book is available from the British Library.

This novel is entirely a work of fiction. The names, characters and incidents portrayed in it are the work of the author’s imagination. Any resemblance to actual persons, living or dead, events or localities is entirely coincidental.

All rights reserved under International and Pan-American Copyright Conventions. By payment of the required fees, you have been granted the non-exclusive, non-transferable right to access and read the text of this e-book on screen. No part of this text may be reproduced, transmitted, down-loaded, decompiled, reverse engineered, or stored in or introduced into any information storage and retrieval system, in any form or by any means, whether electronic or mechanical, now known or hereinafter invented, without the express written permission of HarperCollins.

‘Wonderfully dark and peppered with grim humour. Finch is a born storyteller and writes with the authentic voice of the ex-copper he is.’

‘A deliciously twisted and fiendish set of murders and a great pairing of detectives.’

‘An explosive thriller that will leave you completely hooked.’

WE LOVE THIS BOOK

For my Dad, Brian, who never lived to see any of my published novels, but who if he had would have been 80 this year. You were always the spark, Dad. You lit the flame that burns in these books.

Michael Haygarth didn’t look much like a man who’d raped and murdered two women, but then Lucy had already learned that there was no set physiology for the deranged. He sat on the bench opposite her in the rear of the unmarked police van. Throughout the journey here he’d remained perfectly still, his head hanging low as though the muscles in his neck and shoulders couldn’t support it.

It was an awkward posture. Haygarth was tall, about six-four, but lanky too, and, folded into this confined space, his sharp-tipped knees came almost to his chest. He was somewhere in his forties, she surmised, though she couldn’t be sure exactly, and balding, what little hair he had left around the back and sides shaved to grey bristles. His skin was brownish, tanned – as if he’d spent time abroad or maybe was of mixed-race, though apparently neither of those applied. With his weak chin, snub nose and buck teeth, he had a rodent-like aspect, and yet there was something oddly innocent about him. From his glazed eyes and vacant expression you’d have wondered if he wasn’t all there. There was certainly no hint of violence in his demeanour. Rather than a murder suspect, he looked the sort of hopeless, unemployed oddball who’d sit on park benches all day.

And yet he’d confessed. Under no duress whatsoever.

With a
crunch
of brakes, the van ground to a halt, presumably on the unmade track leading into Borsdane Wood, though it was impossible to be sure because the only windows in the rear of the van were small, mesh-filled panels set in its back doors, and only gloom penetrated past these, unaided by their dim, smeary glass. There was muffled movement as the other detectives crammed into the back of the vehicle stirred. Metal bumped and clanked as they sorted through the pile of spades and picks lying along the riveted steel floor.

The van’s back doors were yanked open from the outside. Frigid air flowed in, smoky breath weaving around the tall, lean form of DI Doyle and the shorter, stumpier figure of DS Crellin. They’d already donned their white Tyvek coveralls and disposable gloves, and now stood with torches in hand.

‘Michael, it’s your time,’ Doyle said, flipping open her pocketbook. ‘I’ve got all your instructions written down. But I want to confirm them with you. We’re at the end of this track now, where the bollards are … so we go on foot from here, approximately forty paces north, yes?’

‘Yes, ma’am,’ Haygarth replied in his wavering, flutelike voice, still not looking up.

‘We go that way until we come to an old rotted log lying crosswise on our path, correct?’

‘From there, we walk thirty paces west … until the ground slopes upward?’

‘We don’t ascend the slope, but navigate along the base of it for another fifty paces … until we come to a clump of silver birch.’

‘They’re not all silver birch, ma’am.’ He still didn’t look up, but his words were slow, thoughtful. ‘But there’s a few silver birch in there. You won’t be able to miss it.’

‘Let’s hope not, Michael … for all our sakes. There’s a clearing in the middle of this clump, somewhat unnatural because you cleared it out yourself some time ago. And that’s where the two graves are?’

‘How deep did you say you buried them again?’

‘A foot or so. You’ll find both bodies in a few minutes.’

The officers pondered this in silence. Haygarth was in custody for the rape and attempted murder of the seventy-five year old woman who lived next door to him. The admission that he’d raped and strangled two prostitutes three years earlier and had buried their bodies out in Borsdane Wood was unlooked for and had come completely out of the blue during the course of his very first interview. At the time, no one had known what to make of it, but a rapid-fire check on the system had revealed that in roughly the same time-zone two Crowley-based sex workers, a Gillian Allen and Donna King, had been listed as missing persons. No trace of them had been found since.

‘One final thought on this, Michael,’ Doyle said, voice clipped and stern. ‘If we get lost, we’ll come back for you so you can show us the location in person. But I warn you now … I won’t be impressed if that’s the case. These directions had better be good.’

Shallow Creek by Alistair McIntyre
Return to the Chateau by Pauline Reage
What a Girl Wants by Lindsey Kelk
Poppy Does Paris (Girls On Tour 1) (Girls On Tour Book) by Nicola Doherty
Scents and Sensibility by Spencer Quinn
Tangled Roots by Henry, Angela
Elijah of Buxton by Christopher Paul Curtis
The Christmas Vow by Shanna Hatfield
Private: #1 Suspect by James Patterson; Maxine Paetro
The Kingdom of Eternal Sorrow (The Golden Mage Book 1) by C.G. Garcia