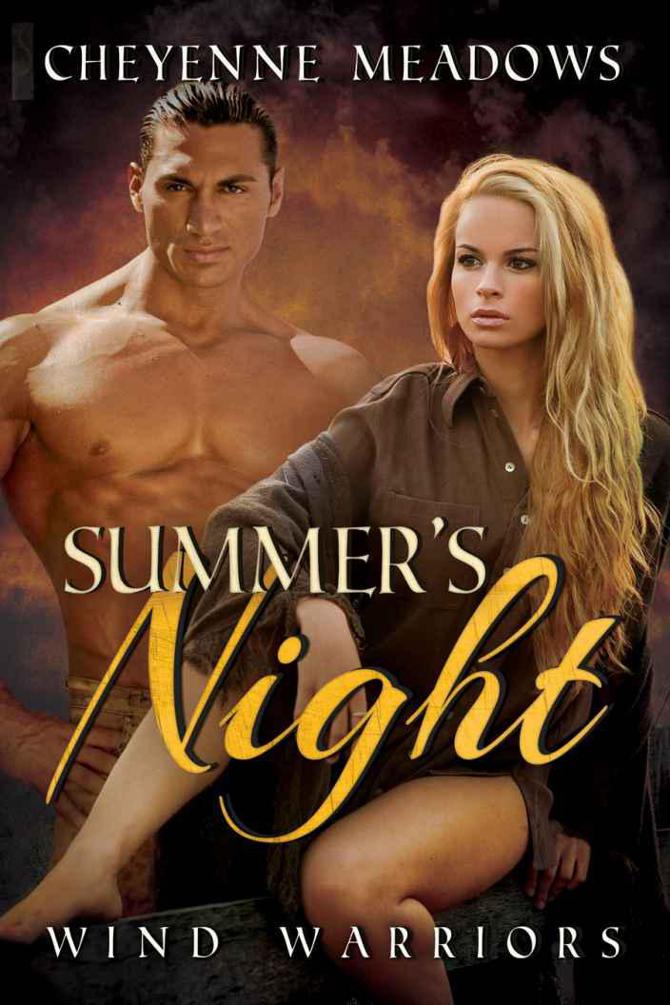 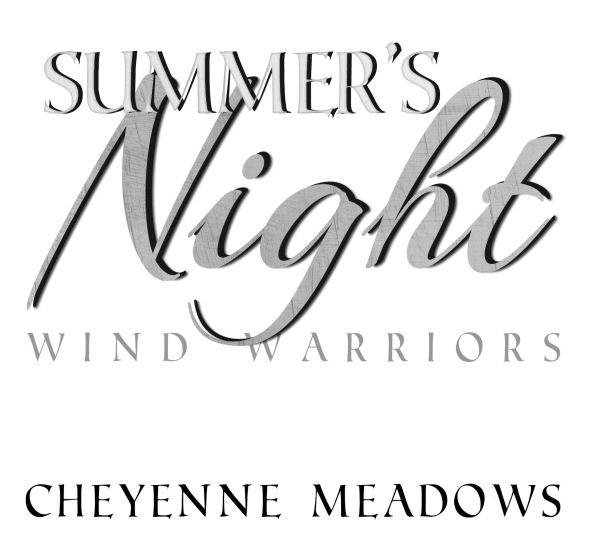 All cover art and logo copyright © 2012 by Silver Publishing

ALL RIGHTS RESERVED:
This literary work may not be reproduced or transmitted in any form or by any means, including electronic or photographic reproduction, in whole or in part, without express written permission. This book cannot be copied in any format, sold, or otherwise transferred from your computer to another through upload to a file sharing peer to peer program, for free or for a fee, or as a prize in any contest. Such action is illegal and in violation of the U.S. Copyright Law. Distribution of this e-book, in whole or in part, online, offline, in print or in any way or any other method currently known or yet to be invented, is forbidden.

This book is written in US English.

For all those who believed in me, who supported me, cheered me on, and gave me a much needed shove to submit my first book, I will be forever grateful. Without each one of you, I would never have taken the chance and fulfilled a dream.

US Marines:
US Marine Corps, a component of the US Department of the Navy

US Navy:
The Department of the Navy, Agency of the United States Government

US Army:
Department of the Army, Agency of the United States Government

Night scrubbed a hand across his face in an attempt to banish the exhaustion and instill alertness and energy. Without looking in a mirror, he knew dark circles resided under his eyes and deep lines furrowed his face, all the result of forty-eight hours with no sleep.

Night's team had located a top drug kingpin just as he returned to his remote lair, a heavily fortified cement structure with a dozen hired mercenaries paid to ensure his protection and survival. Due to his team's stealth, courage and ability to strategize quickly, they slid into the shadows of predawn, leaving an imploded building in their wake. Another job done, another bad guy taken out.

Loco drove their late model black SUV toward their home base. None of them had slept despite being on the road for three hours, their drawn faces spoke of fatigue and a need for downtime. Yet, Night knew, if the occasion called for it, each one would go to battle immediately, pushing their physical limits to the brink. That's just what Wind Warriors did.

Night formed the group a few years back, seeking out the highest trained, former Special Forces members he could find, offering them independence, high wages, and the luxury of declining any mission they felt uneasy about. In exchange, they kept their adrenalin rush skills fresh, wiped scum from the earth, and made his business a success with more mission offers than he could possibly accept. The government officially denied his team existed, only a select few in senior levels knew about their specialized services and only two possessed the power to recruit his assistance in making a nearly untouchable snake disappear.

He nudged Loco, a tall, sandy-haired former Marine, and gestured toward a billboard advertising restaurants and a hotel just off the next off ramp. "Sleep or food first?" He turned to glance at each of his men, raking his gaze over their faces, determining their levels of weariness and ability to continue if the need arose.

"Sleep." Cale's voice carried from the backseat. His blue eyes appeared dull against his nearly black hair, shoulders slumped as if he was simply too tired to sit up straight. The former Navy Seal could usually outlast them all, but not today.

"Agreed." Spoon, the fourth member of the team, a former Green Beret, solidified the vote, while rubbing at his brown eyes.

They took the exit, quickly pulling into the parking lot of a chain hotel. Smaller motels worked but sometimes the front desk help became antsy when four large-framed men dressed in camouflage wandered in from the street. Larger inns booked more guests, but didn't ask nearly as many questions, and usually treated them with frank respect, automatically believing they were attached to present, active-duty with the military. None of the team corrected their mistake.

No sooner had they registered and entered their room, did they drop their duffle bags, lock the door, and divvy up who would take which bed. They could easily afford a room apiece, but safety lay in numbers. Besides, it wasn't the first time they shared sleeping quarters and most likely wouldn't be the last. For a stay as brief as theirs, it didn't make sense to spend a fortune on luxuries none of them needed or expected. Most of the time, they simply asked for an extra cot or two, then flipped a coin for who slept where. In a pinch, they shared beds, not quite comfortable sleeping on the floor even though all of them had slept in much worse situations.

Night smirked as, almost in unison, the guys pulled out their cell phones, punching in familiar numbers. Home could wait a few more hours even if phone calls to loved ones couldn't.

He followed suit, tapping in his home number, smiling when his mother answered.

"How are you feeling? Did you start your therapy today?"

Felina Kensington underwent total knee replacement on her right leg a few short days ago. Just when the doctors released her, an emergency mission yanked him halfway across the country, throwing a large monkey wrench into his plans for making sure his mother received the best of care. The inability to be in two places at once tore at him, responsibility and the need to be there for his mother pulling at him from opposing sides. His mother insisted he go, take care of his men, that she would be more than fine.

In the end, he took her advice, still annoyed with the poor timing of this mission. Instead of meeting and ferreting out the proper physical therapist, he was forced to allow an agency to choose one for her. He couldn't even attend her first exercise session, much to his frustration and chagrin. That would change today as he would make it home that evening, come Hell or high water.

"I'm doing well." His mother's soft and cheery voice carried across the phone. "Are you okay? You must be on your way home." Perceptive and wise, she easily understood all the no communication rules in place to protect the Wind Warriors as well as any loved ones. The stakes they played for remained high and revenge from targets who escaped justice waited in the wings. You could never be too careful, not if you wanted to live long.

"I am. I'm sorry I couldn't have been there yesterday to meet your physical therapist."

"Summer?" He frowned. "What kind of name is that?" His tone dropped in disapproval as he pictured a teenage girl chewing bubble gum, fumbling through exercises with his mother, lacking the experience necessary in order to care for patients properly.

"Colton Regent Night Shadow Kensington! Shame on you. Putting a sweet woman down for her name. Of all people, you shouldn't throw stones at her glass house."

He sighed into the phone. His mother could out-stubborn a mule. If she liked this girl, nothing he could say would change her opinion. He only hoped this
Summer
didn't end up messing up the new knee. "I take it you like her?"

"Why, yes. She came over yesterday, spent nearly two hours with me. Even brought me delicious cookies." She continued, lavishing praise on the girl.

"I don't care if she's a gourmet chef, how did your therapy go?" he grumbled into the phone, his gaze flicking over the room as one by one, the men closed their phones, plopped onto the beds, then settled into sleep mode. Unlacing one boot, he pulled it off before starting on the other.

"Fine. Really. She showed me some exercises, gave me some handouts for ones to do when I'm alone. We walked around the house with the walker and she guided me through some range of motion movements. Don't worry. She really knows what she's doing. Reminds me a bit of you, watching me like a hawk."

Score one for the therapist.

Ever since he could remember, it was just him and his mother against the world. She raised him alone, sometimes working two jobs to keep a roof over their head. Her lack of education minimized her job options to low paying and backbreaking manual labor. She took the jobs head on, never complaining, and managed to keep him fed, clothed, and out of trouble, while stressing the importance of education until it sank in and stuck like superglue. All of those menial jobs wore her knees out, which was why she needed a replacement now.

He stifled a yawn, his body lax as he prepared for a long-needed nap. "Okay. I should be home late tonight. I'll meet this paragon tomorrow."

"Get some rest, Colton. It sounds like you need it. And, don't forget breakfast. It's the most important meal of the day, after all."

The corner of his mouth tilted upward at her words. Once a mother, always a mother. No matter how old he grew, she always worried and fretted over the little things like he was a small child. He never admitted it, but it only endeared her all the more. "I will. Promise. Love you."

The phone clicked as she hung up. He closed his phone, checked the lock on the door once more, and flopped down on a cot. Out of habit, he stashed his spare handgun under the makeshift bed then closed his eyes, immediately falling to sleep.

Locked Away (Living With Lies Book 2) by Riann C. Miller
Silence: The Faces of Evil Christmas Prequel by Webb, Debra
WoA2.23Smashwords by Amber Newberry
Haunted by Lynn Carthage
All Mortal Flesh by Julia Spencer-Fleming
Stung by Bethany Wiggins
Prophecy: Dark Moon Rising by Felicity Heaton
Kill the Ones You Love by Robert Scott
Cargo of Coffins by L. Ron Hubbard
Change of Hart by M.E. Carter