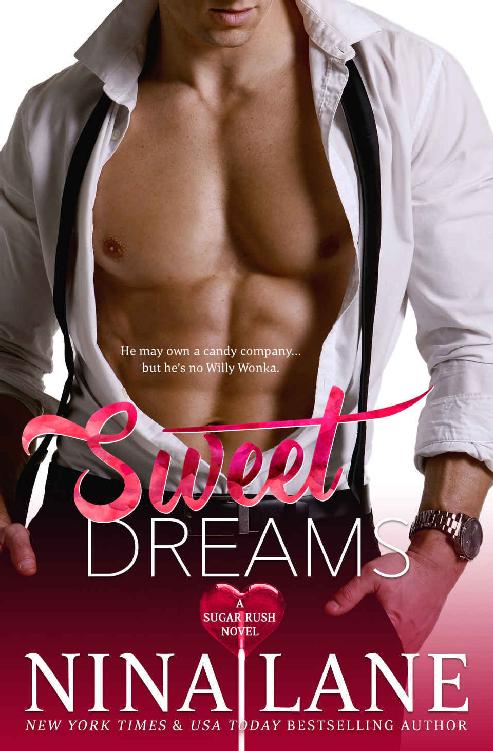 This book is a work of fiction. Names, characters, places, events, and other elements portrayed herein are either the product of the author’s imagination or used fictitiously. Any resemblance to real persons or events is coincidental.

No part of this book may be reproduced, storied in a retrieval system, or transmitted in any form, or by any means, electronic, mechanical, photocopying, recording, or otherwise, without prior permission of the author.

It wasn’t enduring grief over her mother’s death ten months earlier, or the agonizing resignation that had preceded it—the diagnosis followed by months of chemo, the hope that both expanded and shrank daily, the pain of watching her mother’s body fade into a hollow shell that couldn’t contain the warm, vibrant spirit she remained until the end.

No, it was sticky, orange, pseudo-cheese dust that shocked Polly back to her senses.

“Well, hello, stranger!” Mia Davenport sailed across the Indian restaurant, her blond hair spilling down her back and her lithe, sinuous figure clad in a navy sheath dress and heels. “I thought you said it was your three-month anniversary tonight.”

“It is,” Polly acknowledged, after exchanging hugs with her friend. “I’m just picking up some dinner.”

“Oh.” Mia glanced at the hostess, who was walking to the kitchen to retrieve Polly’s order. “Well, come say hi to the girls. We really wanted you to join us.”

“Uh, I’m not really dressed for . . .” Polly glanced down at her wrinkled paisley skirt and T-shirt, but Mia grabbed her arm and hauled her across the room to a round table where three other young women sat munching on samosas and pakora. The sight of them, all polished and prettied-up for a girls’ night on the town, intensified Polly’s self-consciousness.

That and the fact that she hadn’t seen much of the other girls in the past couple of years—not with her mother’s illness and everything that went along with it. Her friends had always been there, of course, calling and stopping by with food and offers of help, but Polly had been so mired in grief that she hadn’t wanted to see or talk to anyone except her mother. And months after Jessie Lockhart’s death, Polly was still trying to figure out how to emerge back into the world.

Her older sister, Hannah, hadn’t had that problem, Polly thought—not without a twinge of envy over Hannah’s ability to keep living, even if that also meant
leaving
. Hannah had taken flight less than a week after their mother died, claiming she needed to “get away.”

More like “run away.” Sadly, much as Polly wished Hannah had stayed, her sister’s flight hadn’t surprised her. If it weren’t for Hannah’s travel blog, she would have little way of knowing where her sister was.

Polly didn’t, but she smiled anyway as the other women chuckled.

“Sure you can’t come with us?” Mia glanced at her watch. “The show starts at eight, and I haven’t sold the extra ticket yet.”

“No.” Polly deflected a pang of regret and glanced back toward the kitchen. “I should go. Brian is waiting.”

“So what else are you guys doing to celebrate?” Sarah reached out to pour herself a glass of red wine.

The other women blinked, as if “hanging out” was a lame way to spend an anniversary—even a three-month one. Sarah gestured to Polly’s face.

“You’ve got something there, hon.”

Polly touched her chin. Oh no, not an unwanted zit. “What?”

Mia peered closer at Polly’s face. “Just some crumbs or something.”

Polly swiped at her face with her sleeve, then caught Mia looking at her fingers, which were still colored with orange Cheetos dust. Embarrassment flushed over Polly from head to toe. She shoved her hands into her pockets and took a step away from the table.

“So did Brian get you a gift?” Emma asked.

“I think so.” Polly did not, in fact, think so. Brian had never gotten her anything and she had no reason to believe he would do so now, but she couldn’t very well admit that to her friends. “We’re exchanging gifts later.”

“Is he here?” Sarah glanced toward the front doors.

The other women waved, and Mia fell into step beside Polly as she returned to the front counter to pay for the takeout food.

“Really, Pols?” Mia eyed Polly with far more perception than was comfortable. “You’re spending your anniversary in the basement, aren’t you? What are you doing, playing
Minecraft
or
Mario
?”

Polly sighed. As one of her oldest friends, Mia had always been one to see right to the truth, which was both one of her most appealing and most annoying qualities.

“Brian is a homebody,” she said defensively. “There’s nothing wrong with that.”

“For
him
, maybe not.” Mia crossed her arms, narrowing her eyes on Polly’s face. “But for you? Come on, Pols. You’re eating Cheetos and delivering take-out Indian food to your boyfriend on your anniversary? You deserve more, and you know it.”

Polly was saved from having to respond—or agree—by the hostess appearing with paper bags filled with fragrant Indian curries and dal. She dug into her patchwork purse for her wallet and handed the hostess her credit card. After she’d paid, she turned back to Mia, who was standing in front of the door.

“Polly.” Mia tapped her fingers on her arms. “I am begging you to call Brian and tell him you decided to hang out with your girlfriends tonight.”

“Why not? It’s not like he’s doing anything for you. Or
to
you,” she added under her breath.

“Hey.” Polly frowned, insulted by the implication that she and Brian didn’t have a hot and heavy relationship—even if that was, once again, the truth. “You don’t know what we’re planning.”

“I know it can’t be anything good, if it started with a junk food appetizer,” Mia remarked. “On your anniversary, a guy should take you out to a high-class restaurant, give you flowers and a nice gift, spring for a good bottle of wine, then take you back home and rock your world. He should not be asking if you want barbeque or regular potato chips. And he should most certainly not be sending you out to bring chicken biryani back to his basement so he doesn’t have to interrupt level eight of
League of Legends
.”

“Whatever.” Mia sighed and took hold of Polly’s shoulders. “Polly, look at me. You are almost twenty-three years old. Twenty. Three. Years. Old. I admire you for your loyalty to Brian, sadly misplaced though it is, but it’s time for you to play the field. Or at least get off the damned bench.”

Mia was right. But Polly had spent the past three years living in a shell so dark that even after having emerged ten months ago, her eyes were still adjusting to the light. It was no wonder she’d been drawn to hobbit-like Brian in his basement room with the single window, green shag carpet, and walls plastered with gamer posters and street signs.

“Don’t you dare make birthday plans with Brian.” Mia released Polly’s shoulders. “I will not allow you to spend your twenty-third birthday in his mother’s basement, drinking purple soda and watching old episodes of
Star Trek.
I’m taking you out to celebrate, and we’re going to have fun. More specifically,
you’re
going to have fun. Even more specifically, you’re going to remember how good it feels to have fun. And I’d strongly suggest you break up with Brian before next weekend because I’m going on the prowl to find you the kind of man who can show you exactly what you’ve been missing. In other words, a man who is the opposite of Brian.”

Shades of Love (Mad Jackals Brotherhood MC Book 3) by Evelyn Glass
Can't Get Enough by Harper Bliss
The Green Line by E. C. Diskin
A Place of My Own by Michael Pollan
Bound to Night by Nina Croft
Guinea Pig by Curtis, Greg
Call of the Colossus: An epic fantasy novel (The Mindstream Chronicles Book 2) by K.C. May
Kathleen Y'Barbo by Millie's Treasure
Legendary Detective at the World's End (Volume 1) by Kaye Wagner
Ded Reckoning by William F Lee