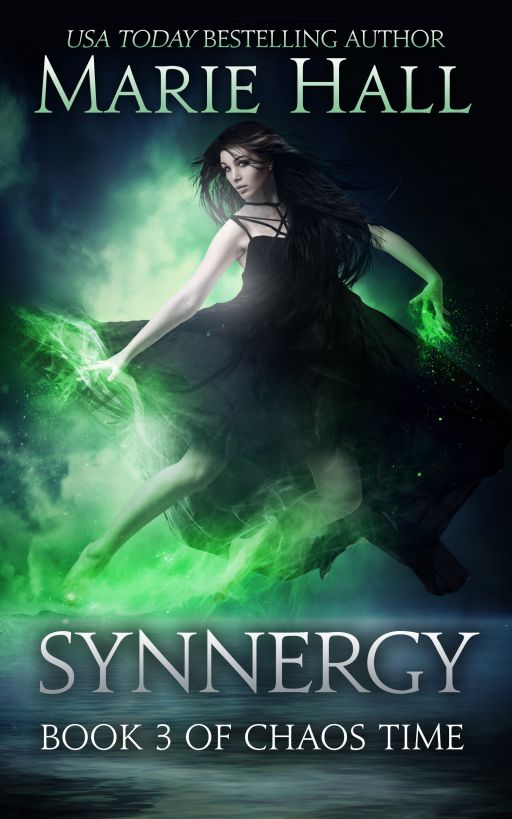 All rights reserved. No part of this
publication may be reproduced in any material form, whether by
printing, photocopying, scanning, or otherwise without the written
permission of the publisher, Marie Hall, except in the case of
brief quotations embodied in the context of reviews.

This book is licensed for your personal
enjoyment only. This e-book may not be resold or given away to
other people. If you would like to share this e-book with another
person, please purchase an additional copy for each person you
share it with. Thank you for respecting the hard work of all people
involved with the creation of this e-book.

Applications should be addressed in the first
instance, in writing, to Marie Hall. Unauthorized or restricted use
in relation to this publication may result in civil proceedings
and/or criminal prosecution.

The author and illustrator have asserted
their respective rights under the Copyright Designs and Patent Acts
1988 (as amended) to be identified as the author of this book and
illustrator of the artwork.

Arianna Morena, aka Synnergy, has known pain in her
life. It’s only been a few weeks since the brutal slayings of her
parents by the hands of a drug cartel. She’s barely had time to
process all the changes around her, when a mysterious stranger
shows up on her door to tell her that the fight to save humankind
cannot work without her in it. She’s a healer, life is sacred,
special. Meant to be treasured and valued above all else, but her
father always warned her, if a healer ever used their power for
anything other than to save, there would be dire consequences.
Synnergy has killed.

Now she’s haunted, tormented by the souls of her
victims. Slowly sinking into the madness of their vengeance. She’s
not sure she can survive this, she’s not even sure she wants
to…

Part 3:
The life of the
dead is placed in the memory of the living

Chapter 1:
History will
not
repeat itself

Chapter 7:
I'll do whatever I want… (Slayde)

Chapter 9:
In which our heroine discovers an unlikely ally

Chapter 1:
History will
not
repeat itself

After too many days in ice, Sable reveled in the
spicy heat of the California sun. She stood with arms wide open in
the middle of the endless prairie, face tipped up toward the light
and smiling as it kissed each exposed pore of her body.

Which wasn’t much, thanks to the ridiculous amount of
clothing she was forced to wear, she’d always assumed prostitutes
would be half naked. Yet here she was, dressed in a voluminous ruby
taffeta gown that went to her ankles. Ankles that were also not
exposed because of the black granny boots women of the time period
wore. To say she was uncomfortable was the understatement of the
century.

Hunter swore these were authentic to the period and
they all needed to fit in as much as possible, at least until they
found, and hopefully this time killed, the Lord.

“Sable,” Hunter called and gestured for her to rejoin
the group.

Slayde offered a secret smile when she neared.
Somewhere between Ancient Mexico and here, she felt a definite
shifting in the parameters of their...something. She still wasn’t
totally sure what to call them. It was so much easier offering
comfort when he was nearly dead. Or worrying about him when he was
being pummeled to within an inch of his life, but without those
buffers, it was weird again.

She frowned. Kind of sad really, but she didn’t know
how to make it not awkward.

She returned the greeting with a brief one of her
own.

Hunter was gripping the rim of a bowler hat. His
normally shaggy hair was finger combed back, and his blue eyes
stood out in startling relief behind the vintage spectacles he
wore. He had on a blue silk vest, the white collar shirt beneath it
was so stiff it made her feel slightly breathless to see how high
up his neck it went.

At least her neck was exposed, and half her boobs
too. Although given a choice, she would have preferred her legs out
over her boobs. She tried to drag the material up higher, to cover
herself better, but it kept slipping down every time. Hunter had
tried to get her to wear a corset, but after lacing it up with the
help of Synnergy, she’d shaken her head and told her to take it
off. Sable had discovered she actually enjoyed breathing. Corsets
were definitely not made with functionality in mind.

Synnergy had kept hers on, a burgundy and black
taffeta one she had on underneath the striking green gown.

“Because we aren’t exactly sure of the location of
the Lord,” Hunter nodded toward Sable who shrugged, she’d tried to
learn his exact whereabouts, but after hours of being in the
dreaming she’d only been able to come up with San Francisco at the
time of the gold rush for a location, “we’ll have to keep our ears
open, our mouths shut, and our weapons cocked.” He pointed to
Slayde’s holster.

He was still talking, but for some reason today he
sounded like a peanuts character.
Wah, wah, wah, wah.
She
was having the hardest time concentrating. Maybe because she felt
Slayde’s hot gaze burn like a brand on her flesh.

Where Hunter was Doc Holliday cool, Slayde was pure
highwayman in his knee length black frock coat. Hunter said it was
usually referred to as a rifle coat. Man she was so gonna catch
hell, she just knew it. It was hard enough going way back in time
and trying to fit in, to also try and remember all the different
names and terms for stuff was mind boggling.

He shifted on the balls of his feet, a stiff breeze
riffled through his loose auburn hair and she held back the sigh
that hung on the very tip of her tongue. The paisley brocade vest
with the pocket watch and gold chain looked straight out of some
Western and she had the strongest urge to reach over and grab it
out of his pocket. Maybe even twirl it around her finger just for
kicks.

He grinned, as if aware that she was studying him and
jutted one leg out, causing the tan trousers to hug his very strong
and well-built thighs. A heated rush of blood pooled in her cheeks.
Feeling like the soiled dove she was going to portray as all sorts
of heated thoughts whispered through her mind. He planted his hands
on his hips, exposing the holster and gleaming wooden handle of the
colt revolver.

He winked and she shifted away from him, looking at
nothing, attempting to ignore him.

Hunter cleared his throat. She jerked with a guilty
start.

“Did you hear anything I said, Sable?” he asked with
a look of slight irritation in Slayde’s direction.

She clenched her fists and shot him a nasty look.
“Shut up, Slayde. I’m sorry, Hunter,” she looked at him, “I’m
having a hard time focusing.” Slayde chuckled and her spine
stiffened. “It’s not because of you either, jerk.”

She rolled her eyes. “I’m nervous about mingling,
what if they realize I’m not who I say I am.”

Hunter shoulder bumped her. “No worries. I won’t let
anything happen to you guys. Okay?”

Sable glanced at Synnergy whose blank face gave
nothing away. She nodded.

“Okay,” she said, but the nerves in her gut were like
lead weights. She really hoped he was right. She glanced over her
shoulder, at the people milling below. The endless expanse of the
sea caught her eye.

A coastal breeze blew, and though it sometimes stank
of rotten fish, it was delicious comfort to the frozen air of
before. Tons of old time ships were docked at the harbor. She’d
heard somewhere the West was really wild and hangings were the
norm, she grimaced picturing herself hanging from a noose.

Her fingers twitched. She wished she could carry a
gun same as Slayde. She felt vulnerable. Last time they hadn’t had
to interact with the people. She licked her lips.

Slayde touched her wrist and leaned in to whisper.
“Look, I’m sorry about before. You’ll be fine. Promise.” Then he
released her, but not before swiping a tingling path across her
wrist with his thumb.

“Girls,” Hunter looked first at Synnergy, then her,
“asking you to work at a parlor doesn’t mean you have to
work
at a parlor.”

Sable glanced at Synnergy for any type of
comradeship, but the healer was silent. She blinked, she breathed,
but she wasn’t doing much else.

“Guys talk, especially to their lovers,” Hunter
continued, “we want reports on what you hear. Anything uncommon
going on in the area, men or women displaying unusual powers.
Anything.”

She cracked her knuckles and then dropped her hands
only to feel like they got lost in the jumble of dress material.
The material itched, she wiggled. It hadn’t felt so scratchy
before. “What if they make a pass at us? I mean, we are going into
a brothel.”

“Yeah,” Hunter nodded, “do whatever you have to do to
make sure you don’t hang around with any one person too long. We’re
playing with time,” his face was very serious, “we cannot change
the threads without disrupting the future in potentially
catastrophic ways. So mingle, but keep a distance at the same
time.”

“Probably,” he admitted, she caught Slayde frowning
out of the corner of her eyes, “but I don’t plan on being here more
than two, three days tops. I’d imagine the Lord wouldn’t be all
that conspicuous considering the amount of power he wields and
level of lawlessness prevalent in these old miner towns.”

Slayde grabbed his jaw and rubbed. “I don’t like
this, Hunter. Isn’t there another way? Something that doesn’t
involve throwing the girls to the wolves?”

“Being a whore is the only way to have the type of
freedom we need them to have. I did a quick recon this morning,
Long Nose Milly runs a decent establishment. She’s good to her
girls, relatively speaking.”

“Long nose Milly?” Slayde mouthed with a curl of his
nose. Sable might have giggled at the disgusted expression on his
face, except for the fact that she was majorly stressing about
having to do this. She wiped very wet palms down the front of her
dress.

She knew very little of history, other than the fact
that women basically had no rights until much later. He was
probably right; if she and Arianna wanted in on the action with the
Lord later, they’d need to play the part of the floozy now.

“You’re sure they’ll even take us?” Sable gestured to
herself and Synnergy, who was now half turned with her eyes darting
furtively back and forth in front of her.

What was wrong with that girl? She was already
nervous, last thing she needed was to go someplace with a person
missing a few marbles. Was she going insane?

It was easy to forget sometimes that when she and
Hunter had found Synn she’d just witnessed the slaughter of her
family. Death wasn’t so much of an issue for Sable, just another
part of life and definitely not something to dwell on long. She’d
need to keep an eye on the healer from here on out.

Texas by Jim Thompson
Acqua alta by Donna Leon
Month of Sundays by Yolanda Wallace
Death in a Major by Sarah Fox
With Tongue and Teeth by James Cox
The Temptation of Lady Serena by Ella Quinn
Warrior Betrayed: The Sons of the Zodiac 3 by Addison Fox
Hidden Heat: Hauberk Protection, Book 4 by Leah Braemel
Not Just Play by Love, Warick
Maud's Line by Margaret Verble