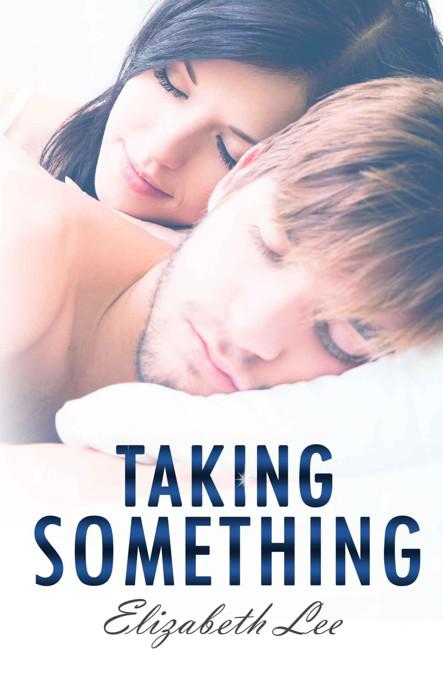 Other Books by Elizabeth Lee

Give Me Something Series

The sexy little whisper pulled me from my alcohol-induced coma. Waking up with a hangover was something I was used to. Hell, it was second nature. I'd always lived a pretty reckless lifestyle and I loved everything about my ever-expanding career—except the hangovers. Still hadn't figured out how to avoid those.

After some epic fails at life, I'd managed to finagle my way into a very lucrative line of work as the A-listers’ go-to disc jockey. I spent most weekends spinning at Hollywood parties and Vegas's hottest clubs. With my new notoriety came a bevy of beautiful women, most of which I'd done my fair share of sampling, right along with all the alcohol I could drink. I usually told them to kick rocks as soon as I got off, rolled over and passed out, but I wouldn't be doing that this time.

My most recent night of debauchery had apparently ended in bed with the owner of a very seductive voice who was begging for my attention. And according to my raging hard-on, I was more than ready to experience whatever happened last night again...sober. Her fingers moved across the bare skin of my stomach, before wrapping around my morning wood. She slowly twisted her fingers in a way that would wake even a dead man.

I wasn't quite ready to let the morning light in my eyes. Instead, I reached out blindly until my hands met the warm curves of her body and pulled her on top of me. She let out a giggle, which I immediately recognized, as she centered herself above me. She leaned her face down to mine and I felt her hair brush across my skin.

“You feel amazing, Rae,” I mumbled out between groans. I wasn't sure how we ended up here, but the fact that she was finally here in my bed was all I cared about. I'd thought I'd lost her. Lila Rae Garrison was back in my bed.

“Seriously, dude?” Her voice had taken on a deeper tone—or at least that's what I'd thought. “I know you are not dreaming about my wife and your hand had better not be on your dick.”

My eyes snapped open and quickly focused in on the two people standing at the foot of my bed. My dream girl and her pissed-off husband. I quickly loosened the viselike grip I had on myself and sat up.

“What are you doing here?” I asked, trying to fight back the embarrassment of being caught red-handed.

“I think we could ask you the same thing.” The smirk on Lila's face said enough. They both knew exactly what I was doing. “I hope you were at least dreaming about me when I was skinny.” She chuckled as she ran her hand across the basketball-sized bump of her stomach.

“First of all, you are not fat,” Tucker, who also happened to be my brother and the father-to-be, said, acknowledging Lila's remark before turning back to me. “Second, I should kick your ass for even letting her in your dreams.” His creased brow and clenched jaw were a part of a look I'd become accustomed to over the past four years.

You see, my brother and I had a complicated history. Despite the fact that we shared a father, the two of us rarely saw eye to eye. Especially, when it came to the pretty, pregnant blonde standing next to him. I was in decent shape for a guy who didn't work out—luckily blessed with a high metabolism and good genes—but compared to my brother who did, I knew he'd kick my ass. My long and lean body was no match for his. I'd found out the hard way during the few times we'd almost come to blows. It had taken everything in me to withstand a shove from him. I was scrappy and never backed down from him. Nope. Stood toe to toe, eye to eye and threatened my worst. Lucky for me he was actually a decent guy who used his words instead of his fists. A couple rough shoves was all it ever amounted to. But seeing his face this time, I wasn't sure if he was going to stop at a shove or not.

How in the hell am I going to explain my way out of this one?

“I heard her voice and I... I...” I gave up. “Old habits die hard.” I smirked as I jumped up out of bed and hauled my naked ass into my bedroom's connected bathroom. It was too late to be modest now. Maybe shocking them with my bare ass would help them forget what they'd seen a few minutes earlier.

“Jesus Christ.” Tucker shook his head and pulled Lila out of the room. “Add that to this list of things I should pummel your ass for.”

“You worried she's going to rethink her choice of Kline brother?” I yelled over my shoulder, as I stood in front of my mirror, giving my sandy-colored hair that purposely messed look I'd perfected.

“Not on your life, Nick!” Lila called out. “Now hurry up before you make us late for lunch!”

There was a time when I had been certain that Lila—or Rae as I called her—and I would end up together, but that ship had sailed the moment Tucker Kline walked into our lives. And I'd known it too. My most recent dream sequence was just a fluke. It had taken me a while to come to terms with the fact that Lila and Tucker belonged together. He was willing to look past the fact that the only reason they met was because I'd convinced her to pull a con on him. Somewhere along the way, he had forgiven me too. I knew I was going to have to suck it up, apologize for our moment of awkwardness, and get back the good thing the three of us had going. Lila was happy, Tucker was still smitten, and I had a family.

The bond had been solidified when I legally changed my name.
Lila's idea. Neither, my brother nor I had thought it was a good idea, but as time passed we both realized that as far as family went we had Lila and each other. His parents were gone and the older I got the further my mother and I grew apart—she was in her own world and I was in mine. So a little over a year ago, I legally became Nick Kline
.
I hated to admit it, but it was a good name. Sounded like a Grammy winner. It was a two-sided victory, really. With my new name I also got a clean slate. No one knew Nick Kline and I was pretty sure if the right people did the right amount of digging they would have found out Nick Dammery was a grifter. I didn't need my past sneaking up and biting me on the ass.

“Look, you guys.” I pulled on my vintage Hall & Oates concert tee, buttoned my jeans, and ran my fingers through my hair as I walked into the living room of my Chicago loft. “I'm really sorry. I heard Rae's voice and I was dreaming. It was innocent I swear. Not something I do... Ever.”

“It's fine.” Tucker wrapped his arms Lila's waist, resting his chin on her shoulder and his hands across her stomach. “Just don't let it happen again. Unless you want this little guy—”

“Or girl,” Tucker added, to appease his wife's excitement, “to refer to you as Uncle Perv.” He patted the bump.

“Quit it.” Lila laughed. “We forgive you. You'll be Uncle Nick. Don't worry.”

I shot her a smile and a wink. This girl really was the glue that held us together.

“Maybe Uncle Douchebag,” Tucker said, letting one last remark fly before the three of us headed out the door.

After a quick lunch with Tucker and Lila, I had to get to work. Tonight was a big night. I'd been tapped to spin at a club opening in here the Windy City, which was why I was home in the first place. I spent most of my time between LA and Vegas, but when I got a little downtime I preferred to be back in Chicago. The city where I'd learned to do what I do best—lie my ass off.

I had avoided the truth since puberty, and for good reason. I'd been surrounded by liars my entire life. I had been raised in the back of a strip club by my mother and her unstable group of friends—most of them had danced right along side of her. While the majority of the adult
role models
in my life had been female, the occasional guy would pop up and
teach
me a few things. There was a crooked politician, a card shark, and a crime boss that I could recall right off the bat. Each and every person in my life had bent the truth to get what they wanted. The strippers who said all the right things to clients to get bigger tips. The men who all used the power of persuasion to rise to the top of their game. I'd seen how lying could be beneficial to a person and I'd run with it.

I had also been front row to my mother's parade of gentleman friends. She'd whisper sweet nothings in their ears, shake her tits in their faces, and bada-bing, bada-boom, we'd have a cash cow to support us for few months—until Evelyn decided she was bored. Then it was on to the next.

I'd honed my skills with, my now sister-in-law, Lila. We'd used our good looks and charms to survive—in style, I might add—but now I was on my own. She'd given it all up for love. And me, I'd changed my game plan. Instead of just hustling people out of their hard-earned money, I hustled up actual work. I used my cunning ways to network with some of the biggest names in the industry. At only twenty-five, I was doing pretty well. Some people worked years to get to where I was. It only took me about two seconds once I got my foot in the door.