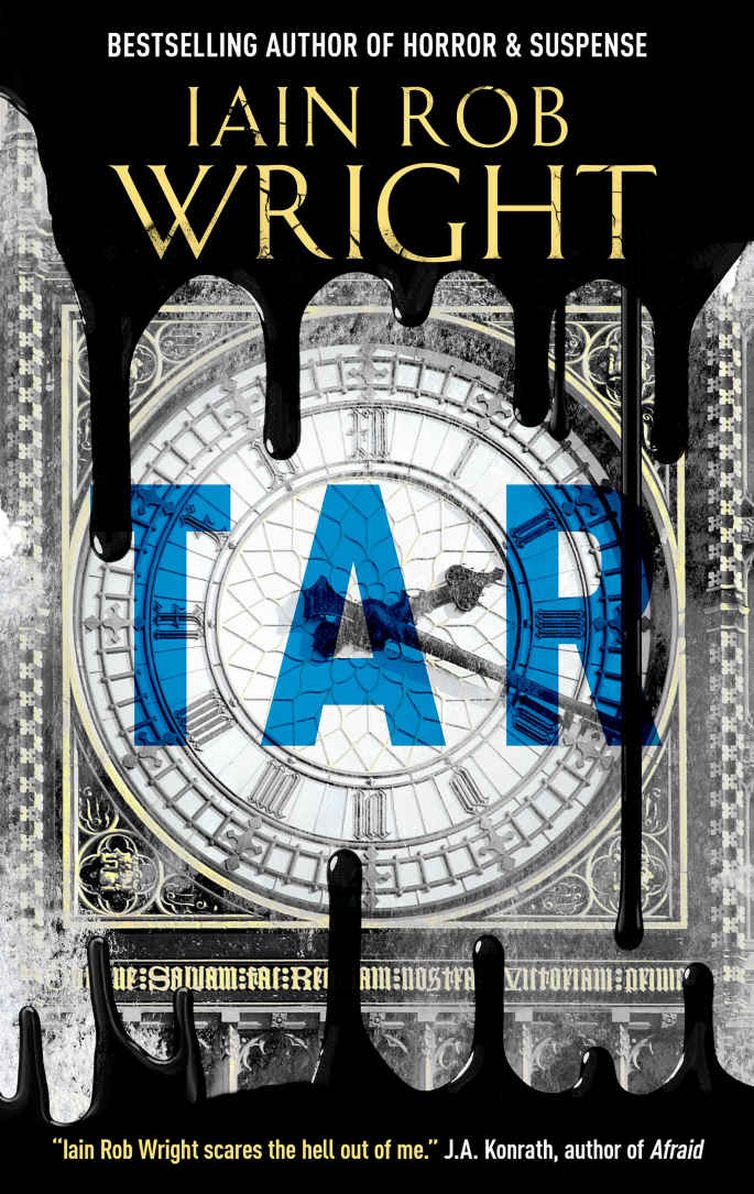 Plea From the Author

The Light that Brought the Dark

Over my Dead Body

How do you go on living when you’re already dead?

T
he world has ended
, but a few places cling to life in their final, dwindling moments. The United Kingdom is one of those places still holding, but it is only a matter of time before it too is wiped from the face of the earth.

I
t means
the clock is ticking for Finn, who needs to find the monster that murdered his sister before it’s too late. The world might be over, but vengeance never dies.

In addition, you can also save money by purchasing books in extra-value box sets. Grab yours now.

Dedicated to my fans

B
odies packed
the observation room of the Oceanic Super Collider. Scientists and engineers squeezed together shoulder to shoulder, inside the glass bubble overlooking the vast tunnels below—a 24 mile circuit hidden beneath the Australian Outback. The OSC facility was cutting edge. Six square-miles, with a High Luminosity Hadron Collider that even CERN lacked. That was the point. Tired of being left out of the loop by the European and United States science elite, Australia, New Zealand, Malaysia, Singapore, Japan, and the Philippines banded together to create the OSC—the largest, most expensive science facility in the world. Its creation had near bankrupted many of the countries involved, but the pride and possibilities it presented were worth it. The calibre of international students already flooding to the University of Melbourne had boosted the country’s intellectual population, and donations from the private sector increased all the time. Australia had formed its very own burgeoning Silicon Valley, full of tech start-ups and research companies. The future had switched hemispheres.

And today history would be made. The OSC would fire two extremely dense ionic beams at each other and record the resulting collision with eighteen different sensors. Anything could happen. They might create a stable black hole—with all the possibilities that brought—or even discover a new particle to make the Higgs Bosun a forgettable footnote in the history of Physics. Today’s results might be a precursor to quantum power, and give the host countries an invaluable patent that would quadruple their GDP. Australia might not have led any great wars, or invented the Internet, but it would cement itself at the forefront of human discovery. It would make itself heard.

Lead Scientist, Chester Shepard, adjusted his spectacles and waved an arm at his chief engineer. “Initiate the run.”

The room grew silent. Four dozen eyes stretched wide. Anxious breaths were held. The room was a schoolyard full of grinning children. Beneath their feet, the glass floor shimmered—a delicate tremble at first but growing to a fierce vibration that pulled them off balance. It was like standing on the surface of a drum. The excited scientists giggled as they widened their stances to keep balance. An almighty whine accompanied the shaking of the room, the sound of a million parts working in unison. A mechanical dragon breathing fire—the fire of scientific discovery.

They were going to change the world.

“Look,” someone said, pointing a finger at the tunnels below. “What is that?”

“Is that supposed to happen?”

“Out of the way,” said Shepard. “Move!” The lead scientist shook his head in confusion. A confused scientist could be good or bad. It could signal the start of a quest of discovery, like Isaac Newton wondering why an insolent apple had fallen on his head. Or it might be a bad omen, like a sudden bump against the Titanic’s hull on its maiden voyage. Scientists yearned to understand and control; a confused scientist was a scientist without control.

“Damn it! Halt the experiment,” Shepherd barked. “Something has gone wrong.”

Smoke filled the tunnels, destroying the positivity in the observation room. Dreams dead in an instant.

The chief engineer halted the experiment. The mechanical whirring puttered out and the dragon went back to sleep. People slumped against the walls and groaned.

“Okay, people,” said Shepherd, taking off his spectacles and polishing them with the tail of his lab coat. “We’ll assess things and see where we stand, but there is no reason to lose heart. No scientist ever walked a straight path to discovery. Humanity's destiny has always been a meandering zig-zag. Each obstacle in the road gives us a tiny glimpse at the mysteries of our world—and how to overcome them. This is our first obstacle, my friends, and it won’t be our last, but each one will move us closer to victory. We will revisit this day; you have my word.”

“I’ll get a team down there to check the damage,” said the chief engineer. “I’ve got the extractors running to get that smoke cleared. Crikey, what a bloody mess.”

Shepherd gave the man a withering stare. “Your job is to keep things running, Cecil. I trust you'll repair anything broken and allow us to correct today's unfortunate misfire. There's no point regretting what has already passed. Tomorrow is a new day.”

The chief engineer sodded his understanding and headed out of the room, unlocking the magnetic locks and leaving the room open. The scientists began shuffling out.

“What’s happened to the floor?” someone asked as Shepherd headed towards the exit himself. The woman pointing was Karen Paul, his Quantum Theorist. He glanced at her feet where she pointed. A frown found its way to his eyebrows.

Something was happening in the tunnels below their feet.

Shepherd shoved one of his assistants aside to get a look at the patch of glass floor behind her. Clinging to the surface of the glass, something grey and viscous moved. Grew. The odd stain was growing, creeping along the bottom of the glass, like blood seeping into carpet fibres.

“What the hell is going on?” Shepherd asked to no one in particular. His confusion had reached an apex. Either he turned the corner towards understanding or would careen, screaming, into the gutter.

Everyone in the room spread out against the glass walls, as a circle opened between them as they stared at the transparent floor. Shepherd, however, remained in the centre of the room. The smoke cleared in the tunnels as the extractor fans did their work, but the electronic catacomb grew dim as the lights flickered and died.

“It’s going to give way,” someone yelled. “We need to get the hell out.”

The grey tar continued spreading, covering the underside of the entire glass floor now. A dull droning sound came from somewhere—or perhaps from everywhere—and a silvery cobweb scratched itself into the patch of glass directly beneath Shepherd’s feet. It was enough to finally make him move back towards the wall with the others.

“Jesus Christ,” came a muted voice belonging to the chief engineer in the tunnels. Shepherd turned. He glanced out of the window and spotted the man struggling on the floor. The lights behind the chief engineer were still lit, but the ones in front of him had blinked out. The grey substance clinging to the underside of the glass floor also seemed to be clinging to the engineer's legs in the tunnels. When the man tried to sit up, Shepherd saw the terrified expression on his face.

“Everybody out!” Shepherd screamed. “Evacuate!”

The room burst to life, screams and yells bouncing off the glass walls. People threw themselves at the exit, but it was only a single-body wide door and people pushed and panicked. Shepherd shouted at them to remain orderly, but fear of the unknown drove them to irrationality. Fear of the unknown was a scientist’s motivator, but it was no longer their muse today. Today that fear terrified them like chickens before a wolf. Even Shepherd struggled to put one shaking foot in front of the other.

Was the facility about to blow up?

What kind of chemical reaction was taking place?

The floor opened in a chasm, the glass shattering into a thousand pieces.

But no one fell to the tunnels below.

The grey substance remained in place, floating where before it had clung to the bottom of the glass. The shards of glass seemed to sink into it, dissolving.

The glass shards transformed into the same tar-like substance that was spreading everywhere. The tar wasn’t growing: everything it touched was adding to it. And Shepherd realised he was standing in it.

His feet rested atop the viscous blanket as though it was a carpeted floor. It was soft.

He tried to lift his foot but couldn't.

The tar held it.

A dozen panicked colleagues were also trapped by the alien substance
and
Shepherd could taste their fear. His inner caveman broke free and fought furiously to escape. But it was no good. His feet refused to budge. His shoes had gone—turned into tar.

What of his feet inside those shoes? Were they also being consumed?

Shepherd experienced no pain, and neither did anyone else by the sound of it. His colleague's cries were of fear, not agony. He sensed something in his lower extremities, but it was dull and far away—perhaps an itching. What Shepherd felt most was that he felt nothing. He tried to wiggle his toes, but it was if they had never existed.

Shepherd twisted his hips and managed to stare at the tunnels below. Dozens more lights had extinguished and the chief engineer was nowhere to be seen. A creeping river of sludge covered all.

Shepherd glanced down and saw that his shins and knees were no longer part of him. They had become tar. “What have we done?” he whispered.

Shepherd was covered by the black, sticky stuff, and it changed everything it touched. The grey river flowed up his legs toward his groin, and it was then he finally felt something. As his genitalia turned to thick sludge, Shepherd became nauseous. His body burned as his organs ceased operating—or disappeared completely. Others in the room screamed too, so hard that their vocal chords snapped and ruined voice boxes emitted strangled shrieks.

The agony started. A chorus of pain.

The entire team of the OSC was being eaten alive, consumed by a blanket of death.

Shepherd spewed a mouthful of blood against the glass window that was already half-consumed by tar. The room grew dark. The tunnels below were a solid river of choking sludge.

The world closed in.

Shepherd shook his head as his organs liquefied and darkness overtook him.
My God. What have we done?

HerVampireLover by Anastasia Maltezos
tilwemeetagain by Stacey Kennedy
Return to You by Samantha Chase
The Moon is a Harsh Mistress by Robert A. Heinlein
Stranded! by Pepper Pace
The Loner: The Blood of Renegades by J. A. Johnstone
Playing Hearts by W.R. Gingell
Amanda Scott - [Border Trilogy Two 02] by Border Lass
My Beloved by Karen Ranney
The United States of Arugula by David Kamp