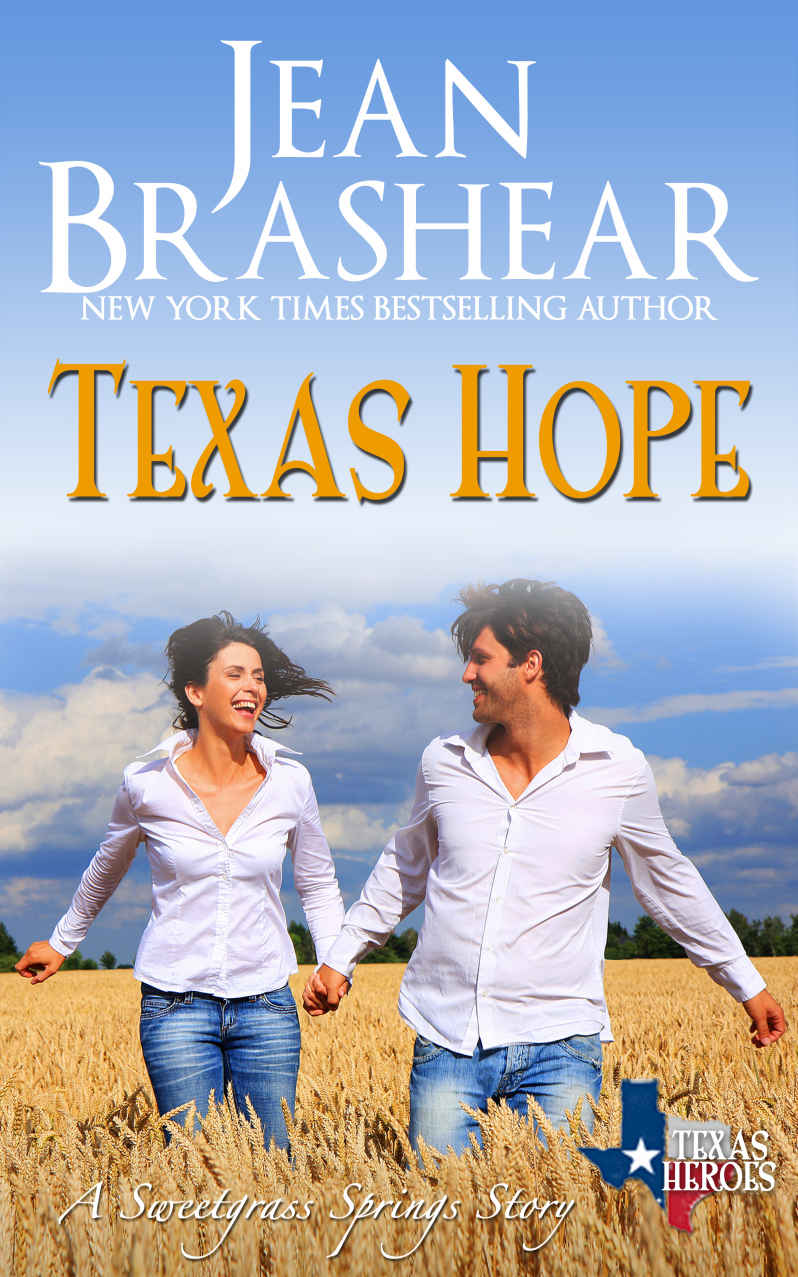 For Michael Cavanaugh’s entire life, his mother has kept a shocking secret: that she was married once before she married his father, and she gave birth to that man’s child. Stunned that the mother who’d loved him so would abandon a child and furious with his mother’s deceit, he sets out to find the older brother he has always wanted.

Ian McLaren, the favorite son of Sweetgrass Springs, has a full plate: a wife he adores, a baby on the way, a ranch to run and a town that depends on him. When a stranger arrives in town with the staggering news that he and Ian share a mother—the woman he’ll never forgive for abandoning him and his dad—his world tilts off its axis.

Gordon McLaren has had years to regret the path he chose that parted him from the only woman he’s ever loved. Now he is torn between his longing to see her again and the anguish doing so would cause the son he’s worked so hard to protect all these years.

Walking away from the child she cherished and the man she loved was far from easy for Sophia Bancroft McLaren Cavanaugh. Facing them again would be the single most terrifying step she’s undertaken since the day she left to save her sanity—and Gordon forbade her to return.

CAN LOVE UNITE THEM?

Secrets divide the four of them, and the anguish of the past makes it impossible to hope they could ever overcome the years of heartache—

Until the threat of an even more unbearable loss gives them one last chance to unite.

Join
Jean’s mailing list
and receive a free copy of TEXAS ROOTS, normally $3.99 but yours free when you sign up to receive notices of releases and special deals from Jean.

This ebook is licensed for your personal enjoyment only. This ebook may not be re-sold or given away to other people. If you would like to share this book with another person, please purchase an additional copy for each person you share it with. If you’re reading this book and did not purchase it, or it was not purchased for your use only, then you should return to your online retailer and purchase your own copy.

Thank you for respecting the author’s work.

Each romance I write is a testament to the one I am privileged to experience every day. To Ercel, for all that…and so much more.

My sincere thanks to my niece Jackie Paris, RN, for all the labor and delivery advice; to Shannon Harrell, who spent so much time brainstorming horse injuries with me; and to Chip Formby, who guided me through my options for Harley and Arnie’s radio broadcast.

I’m so grateful for all of you! Any errors made or liberties taken are strictly my own.

S
ophia Bancroft strolled down the sidewalk near Union Square, her mind on the boyfriend her parents had chosen for her. Lawrence Rutherford was exactly who her patrician parents believed would complete her, the man who would give her the life they enjoyed, the privileged existence their cherished daughter deserved.

She would have more trips abroad, make a beautiful home in Pacific Heights, bear two well-groomed, intelligent children…and so on.

She’d been born and bred to this existence. She knew all the dance moves, understood the rhythm of the bluest blood, descended from aristocrats who’d found a home in the New World and conquered its shores.

And all of it gave Sophia an itch. If only—

A tug at her shoulder, a yank, and she nearly fell to her knees—

Her purse! A young, slim form sprinted away.

Big hands caught her, stood her back up. “Are you all right?” Gray eyes captured hers. “Wait here—” He charged in the direction the thief had taken.

“Don’t—” she began.
Don’t bother. He’ll be long gone
, she thought, even as she tallied what would be lost. Everything in her wallet could be replaced, likewise the cosmetics she carried. The purse caused her a few seconds of grief, as she’d loved that purse.

But she’d manage. Only a nuisance—

Until she remembered the small compact that had belonged to her grandmother. That was irreplaceable. Valuable, yes, with its ornate enameling, but it was the memories that counted most.

She shook her head and sighed, giving herself a minute to mourn.

Footsteps nearby, strong ones, followed by a shuffling set. “Let go, man! I wasn’t doin’ nuthin’!”

She glanced up, and her world narrowed to one face, one that seemed to have risen from her dreams. He was ruggedly handsome and tall, shoulders broad, muscles powerful.

He was holding her purse in one hand, the thief in the other, wriggling against the iron grip. “Here you are, miss.”

She liked his voice, baritone with a gravelly drawl. Her eyes didn’t seem to want to leave him. “Are you all right?”

The corners of his eyes crinkled as he grinned. “’Course I am.” He glanced down. “You skinned your knee.” A muscle in his jaw flexed. “See what you did, jerk? Tell the lady you’re sorry.”

The boy—and he was clearly a boy—sneered. “Make me.”

The big man drew him around and got nose to nose. “Tell the lady you’re sorry.” The tone of command was unmistakable. Sophia was barely short of saluting herself.

A quick side glance. “Sorry.”

The man’s attention whipped to hers. “It’s not. You don’t coddle criminals.”

A muscle flexed in the man’s jaw. “Who will become a career criminal, if he isn’t already.” He glanced over at the miscreant. “If we were on my ranch, I’d make you work until you dropped to pay for the damage.”

Everything fell into place, the jeans, the boots, the drawl. “You’re a cowboy?”

When he looked at her, a dimple winked. “Right now I’m in the Navy, but yeah.”

He couldn’t be more exotic to her. Sophia’s life was filled with urbane men with styled hair and sharp creases in their slacks. With yachting clothes and the latest running wear.

“You want to press charges?” he asked her.

“Somebody should have tanned your hide long ago, taught you that a real man takes responsibility for his choices. You chose to be a criminal today. You want that life?”

His tone was surprisingly gentle, even as he held the boy in an unyielding grip. She bet he’d be an amazing father.

And she’d like to see him on that horse.

The big man crouched to look the boy in the eye. “You can do better than this, son. This is not the life you want. Every choice is important. Each one counts.”

“I do.” It was impossible not to believe him. This man was rock solid. He’d never doubted where he belonged or who he was. He let go of the boy.

To her surprise, the boy didn’t race away. “Why?”

A gentleness rose in the man’s eyes. “You tame enough horses, you get to know when one’s just kickin’ up for the hell of it, which one is going to be a good mount for life.”

“I’m not a horse.” But curiosity mingled with the boy’s resentment.

“People are no different. It’s in the eyes. Just have to take the time to look.”

Sophia suspected the boy was as riveted by this man as she was. She couldn’t tear her gaze away.

The boy tried for one more disinterested shrug. “Big deal.”

The man glanced at her. “Got a pen and some paper in there?”

“Oh.” She stirred. “Yes.” She dug in her purse and handed him both.

He wrote in a bold, authoritative hand, then tore off the small piece of notebook page. “Here.” He handed it to the boy.

“What’s this?” Suspicion painted his tone.

“The phone number and address of the Double Bar M—that’s my ranch.”

“Why would I want this?”

Give it to me
, Sophia wanted to say, surprising herself.

“Because I’ll be out of the Navy in six months, and we can always use a good hand on the ranch. You could use a change of scenery.”

“Ranch hand?” the boy scoffed. “Texas is a thousand miles from anywhere important, and I don’t give a shit about horses and cows and crap.”