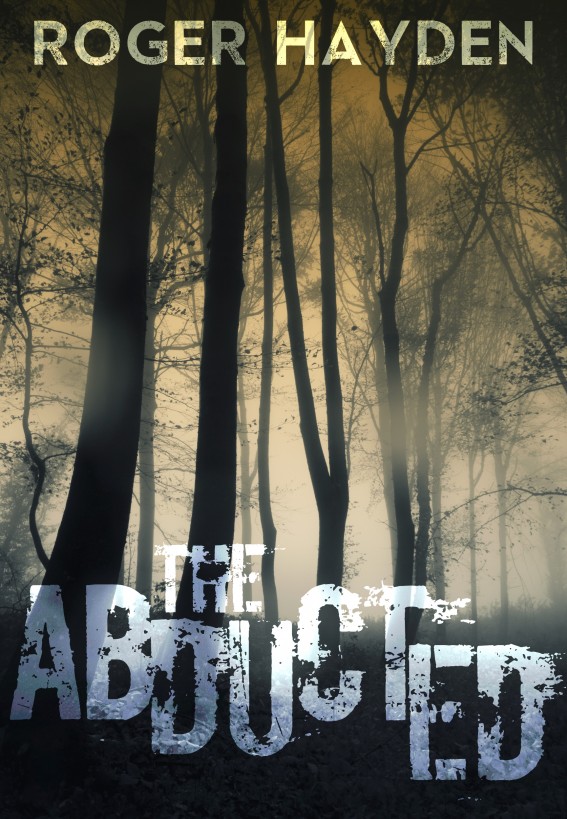 School was out, and it was a Friday—a double
win for the students of Windcrest Elementary. There was no day of
the week more exciting. At the sound of the bell, more than five
hundred children poured outside their brick-building classrooms at
the ringing of the final bell, eager to get home and get ready for
the weekend.

A line of vehicles idled along the
parent pickup lane, just past the school flagpole and bike rack. At
the bus loop, school buses spewed exhaust into the air, waiting
with their doors open and drivers at the wheel. Students dispersed
into different groups—some toward the bus loop, others toward their
parent
pickup.

Janitorial staff entered the recently
vacated classrooms with loaded pushcarts, ready to get to work.
While the majority of students left without looking back, one
nine-year-old girl, Jenny Dawson, stayed behind to help her
fourth-grade teacher, Mrs. Ramsey, clean up for the day. Jenny’s
mother was running behind, and she was in no rush to leave. She
lived close to the school but was forbidden from riding the bus or
walking home. Jenny vented her frustrations to her teacher while
wiping a large Dry-Erase board.

“
I don’t get it. We only live like a
half mile away, and they won’t even let me ride my bike
home.”

“
They just want to make sure you’re
safe,” Mrs. Ramsey said, shutting the vertical blinds. Only moments
ago, the classroom had been bustling with twenty-five students.
Buses trailed off in the distance as the air became still and
quiet.

Jenny’s shoulder-length blond hair flew in
her face as she whipped her head around. “It’s ridiculous. They
won’t let me do anything.”

Mrs. Ramsey did her best to remain neutral.
“Maybe next year they’ll change their mind. Are you ready for fifth
grade?”

Jenny went back to the board, spraying
Windex on its surface.
“Not really.”

“
Why not?” Mrs. Ramsey asked,
surprised. “With grades like yours, you’re more than ready. I’m not
even sure why I asked it.”

Mrs. Ramsey walked to her desk, the
bottom of her long summer dress swaying just above the green
carpet. She opened the bottom drawer and pulled out a small paper
gift bag.
“Here,” she said, walking over to Jenny. “I
wanted to give this to you.”

“
What’s that?” Jenny asked with
suspicion.

Mrs. Ramsey handed her the bag.
“Just some goodies to show my appreciation for all of your
help this year.”

Mrs. Ramsey patted her head.
“You always have been.”

Jenny laughed, taking the bag. “That’s not a
good thing, Mrs. Ramsey. Kids get beat up for less.”

“
You’re a good student, Jenny,” Mrs.
Ramsey said, still holding the bag out. “And I’m going to miss
you.”

Jenny peeked inside the bag. There
were cookies wrapped in aluminum foil amid some other
treats.
“Thank you,” she said with sincerity. “I’m
going to miss you too, Mrs. Ramsey.”

The cell phone in her jean pocket
vibrated. She took it out and swiped the screen.
“It’s
my mom. She’s going to be here soon and wants me
outside.”

Jenny grabbed her Hello Kitty backpack and
slung it over her shoulders. She waved on her way out.

“
Goodbye, Jenny. See you on
Monday.”

Jenny walked out of the classroom, squinting
against the inescapable sunlight. She continued down the sidewalk
past mulch-planted bushes and to the parent pickup area. Most of
the children had already come and gone, and the lane was mostly
empty. The teacher and faculty parking lot was ahead with only a
few cars left.

She could hear wheeled trash cans rolling on
the sidewalk in the distance. Cars drove past the school on the
main road, but none of them matched her mother’s red Jeep
Cherokee.

One blue station wagon idled in the middle
of the pickup lane. Jenny could see the silhouette of a woman at
the wheel but couldn’t make out her features.

The driver lightly tapped her horn as Jenny
walked past without making eye contact, still shielding her face
from the sun. The woman leaned toward the open passenger-side
window.

“
Excuse me, sweetie,” she called. Do
you know a boy named Greg Clark? He’s in the third
grade.”

“
Greg Clark?” Jenny said, keeping a
careful distance. She could make out the woman’s features. She was
big, with a chubby face and masculine voice. Her red blush and blue
eyeliner looked overdone. “I don’t know,” she continued. “No… I
don’t think so.”

The woman was dissatisfied.
“Please,” she pleaded. “I’m starting to get worried. He was
supposed to meet me five minutes ago.” She stopped and then dug
through her purse as Jenny scanned the area for her mom. “I have a
picture of him somewhere.”

Jenny sighed, hoping her mother would
arrive, but not a single vehicle was in sight. The woman stuck her
arm out then
, holding a wallet-sized photo of a young
boy.

“
Does he look familiar at
all?”

The woman
extended her
arm. “Take a closer look.”

Jenny approached the car and zeroed in
on the picture, flapping in the wind.
Before she could
respond, the door swung open, and the woman lunged forward. Tight,
meaty hands gripped Jenny’s shoulders and violently yanked her into
the car as the gift bag fell to the ground.

Jenny opened her mouth to scream but was
muffled by a thick, moist rag covering her entire face. The air
stung her nose and mouth. Then everything went black.

With an unconscious child in the front seat,
the woman looked around nervously. She grabbed the passenger door
handle and slammed it shut. No one was in sight. She screeched out
of the parking lot, leaving a trail of exhaust. The gift bag lay on
the empty sidewalk just as a red Jeep Cherokee entered the lot,
driving toward the pickup lane.

Sergeant Miriam Castillo was behind the
wheel of a 2008 Ford police cruiser, with her newly deputized
partner in the passenger seat. Deputy Joseph Lang was still a
rookie by any stretch, but he was a fast learner and motivated.
They had spent most of the day exploring the sunny Florida
landscape of swamps, forests, and wildlife to familiarize him with
the area. He had recently moved to Palm Dale with his wife and two
kids. Miriam had been with the department for five years and had
lived in the area for seven. She was thirty-four and had Lang by a
couple of years in age and experience.

She had moved through the ranks
fast—considered one of the most promising officers, according to
her annual review, anyway. With the arrival of a fresh face, she
was at the top of the list to show him around.

“
The first thing you need to learn
about the area is that people like to keep to themselves out here,”
she said with a half-full Gatorade resting between her
knees.

Deputy Lang nodded along, surveying the
homes set amid the marshlands outside the window.

“
Most of them don’t want any trouble.
But the ones who do ask for it and then some.”

The dispatch radio crackled as Deputy
Lang turned to her.
“What type of criminal activity do
you deal with the most out here on patrol?”

Miriam took a sip of Gatorade and
wiped her mouth.
“Domestic calls. Robberies. Bar
fights. Nothing too serious.”

They reached the outskirts of town, where
there wasn’t a home in sight.

“
I have to admit, this change of
scenery is quite a shock.”

“
Angela doesn’t like the heat. We’re a
long way from Chicago, that’s for sure,” Lang said.

Ahead, on a two-lane state road, a minivan
dragged along, going at least three miles under the posted
forty-miles-per-hour speed limit. Miriam shifted into the left
lane, passing the van.

Lang turned to look at the driver and saw an
old man hunched over the wheel, wearing a camouflaged-net hat.

“
It’s not their fault, though. Town
started out as more of a retirement community. But you know how
that goes,” Miriam added.

“
Families move in. Suburban sprawl
follows. Yeah, I know the drill,” Lang said. He then turned to her,
speaking more casually than before. “So what do you like to do
around here? You know, for fun?”

“
Me?” Miriam asked, rotating her
slender neck. Her long, black hair was tied in a bun. Her gray
eyes, shaded behind dark Oakley lenses, remained ahead on the empty
road. “I work.”

Deputy Lang laughed.
“Come on, Sergeant. There’s got to be more.”

“
Between this job and my daughter,
that’s enough for me.”

“
I have a family too, but you still
have to make time to do things. Fun stuff. How close is Disney
World from here?”

“
Not close,” Miriam responded. She
hadn’t been one for theme parks and family outings for some time.
Freddy, her ex-husband, had managed to drain a lot of fun from her
life over the years.

“
How old is your daughter, Sergeant?”
Lang asked.

Miriam thought to herself then
answered.
“She’s eleven now.”

“
Wow. They grow up so fast. My two
boys are four and six. How do you like that?”

“
They’ll be in high school before you
know it,” Miriam said. “Blows my mind that Ana will be in seventh
grade next year.”

“
Not bad,” Miriam responded. “Helps
when you have a good kid.”

Miriam smiled.
“Well,
she’s not a teenager yet, and I don’t want to speak too
soon.”

They shared a laugh as the dispatch radio
crackled on with cross-chatter.

Surrounding palm trees moved gently in the
breeze. They passed the first couple of homes they had seen in
miles. A gate blocking a long dirt driveway led to a mobile home. A
two-story house raced by, slightly dilapidated, surrounded by an
old-fashioned rail fence. Then they came to fields on both sides,
thick with underbrush.

“
It’s kind of peaceful out here,” Lang
said, looking around.

“
About time to head back in. I just
wanted to give you the lay of the land.”

A dispatch call came over the radio,
requesting assistance. Miriam naturally went for the hand mic, not
thinking to let the rookie have a chance at it.

“
This is Bravo Twelve. Go ahead,
dispatch.”

“
Complaint at the Anderson
Auto. Suspects on ground accused of bringing in stolen copper to
sell. Owner made the call.”

In the middle console sat a Toughbook
laptop on a flat, extended platform. The dispatch radio hung above
it, directly below the dashboard. A shotgun rested upright behind
Miriam
’s seat, held in place by a bracket. A cage
divided the front and back seats, as in any normal police car. She
placed the radio back on its clip and gunned it.

“
We get a lot of calls about copper
theft at the Anderson Auto Salvage,” she said to Lang. “I know a
shortcut up here.”

Lang nodded, silent. Miriam took
notice and felt a tad contrite.
“Sorry, I should have
let you take the call. Force of habit.”

Echoes of the Dance by Marcia Willett
THE VIRGIN COURTESAN by MICHELLE KELLY,
Black Ember by Ruby Laska
Zero to Hero by Seb Goffe
The Circle by David Poyer
A Knight Of Her Dreams (Knights of Passion) by North, Evie
Cumberland (Not A Dream Book 1) by Amey Coleman
The Secret Agent by Francine Mathews
See Naples and Die by Ray Cleveland
The Stag Lord by Darby Kaye