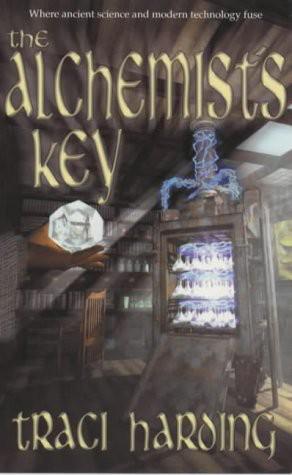 In loving memory of Arthur McCloud
who was with us for a short time,
when we needed him most.
He is sorely missed.

7
The State of the Arts

8
The Gang’s All Here

15
The Path of Power

16
The Ghost in the Machine

H
ugh hauled his luggage from the trunk of the taxi, disturbed to note that the tiny inner-city terrace was in total darkness. He closed the boot, considering whether he should ask the driver to wait, but the vehicle took off down the street before he was given a chance.

‘Back to plan A, then,’ said Hugh, deciding to have a little more faith in the word of his best friend.

Wade had been acting a little strange since Hugh had been accepted into Oxford. Hugh had always been open about his aspirations to study there. Yet now that he had been accepted, Wade was finding it a little difficult to be happy about it. They’d been mates for some twenty years; their families had arrived in Australia on the same boat
from England. However, since Wade had lost his parents a couple of years ago, and he was an only child, Hugh had become his family. So it was no wonder that their imminent separation was troubling him. This had led to a couple of ugly moments of late, about which Hugh had endeavoured to be patient and civil. But if Wade’s offer of a lift to the airport in the morning turned out to be a farce he would not be so understanding.

With all his baggage piled high on the porch, Hugh rapped on the front door a few times and pressed the buzzer.

Wade answered the door holding a candle that cast creepy shadows across his face. ‘You rang?’

Hugh breathed a sigh of relief. ‘What happened to the power?’

‘Cut off.’ Wade broke from his pose to assist with the bags.

‘What?’ Hugh was stunned. ‘Surely, my ears deceive me!’

Wade was computer-crazy. He went nuts without power — it was one of his priorities in life.

‘Sad, but true.’ Wade tossed a few pieces of luggage into the hall, and Hugh struggled in with the rest. ‘Unfortunately, I’m a bit strapped for cash at present.’ He closed the door behind them.

‘But — you can’t be?’ Hugh dropped all his bags except the one hanging on his back that housed his laptop. ‘What about your big win? You couldn’t have spent a grand in two days!’

‘On what?’ Hugh cried, but was startled as the lights came on and everyone yelled, ‘Bon voyage!’

Hugh’s parent’s and sisters were among those gathered at the farewell, hence the celebrations remained fairly tame until they left. The volume of the music jumped considerably at this point, and the room was suddenly filled with the smell of dope smoke.

Fortunately Hugh had managed to steer Wade clear of chemical drugs. Both of them only drank on the odd occasion, and with all his study Hugh rarely indulged in anything. But pot was sacred to Wade, more important than food; the smoking inevitably gave his friend an appetite, however, so Wade remained well-fed nevertheless.

‘You didn’t really spend the rest of your winnings on this party?’ Hugh commented, as Wade lit up a joint in the kitchen. Wade only nodded. Hugh shook his head, preparing to lecture him, so Wade quickly exhaled to defend himself.

‘You’re not allowed to get mad until you see what I bought you.’

‘I don’t want a present,’ insisted Hugh, calmly. ‘Nothing you could have bought me is more important than your livelihood.’

‘We’ll see.’ Wade handed Hugh the gift still residing inside the retailer’s bag. Reaching inside, Hugh pulled out a Quick-Cam camera attachment for his computer — the very latest thing in visual communications. ‘I’ll miss seeing your ugly moosh around the place,’ Wade explained, before having another toke of the joint to smother his sudden dread of the morrow.

Hugh couldn’t be angered because he recognised the sentiment behind the present. ‘Brilliant!’ He graciously accepted it. ‘What will I do without your grungy, crude influence at Oxford … I might forget myself and become a gentleman.’

‘Heaven forbid.’ Wade rolled his eyes as he passed the joint to Hugh. ‘Someone has to keep you up-to-date with the present. Study history if you must, but technology is the future, my friend.’

Hugh did not take offence, as this had been Wade’s long-standing argument against Hugh’s course of study. ‘Having no interest in our heritage, Wade, I don’t expect you’ll ever
understand, but, we can learn from the wisdom and mistakes of the past. And just for the record, my major is philosophy — you do know what that is?’

Wade frowned at this, pulling a piece of paper from his pocket which he promptly unfolded and read. ‘Literae Humaniores. The Classics, Philosophy, Classical Archaeology and
Ancient History
.’

Hugh snatched the piece of paper from him and had to smile when he viewed the printout. Wade had, at long last, taken enough of an interest in what he was trying to achieve to seek out some information.

‘Oxford has a rather extensive website happening. Looks like it will be pretty cool there,’ Wade advised, nodding to agree with himself.

‘If you’d only been a scholar, instead of a rebel,’ Hugh fantasised, ‘we could be heading there together tomorrow. With your family history, I feel sure Oxford would have accepted you.’

Again Wade frowned, for in truth Hugh knew more about Wade’s ancestry than he did. His father didn’t like to speak about his own childhood in England. He’d always encouraged Wade to concentrate on a future here in Australia. ‘The way I figure it, my father worked too hard to
get me away from the place for me to just up and go back there.’ Wade shrugged apologetically.

Hugh couldn’t argue with his reasoning, any more than Wade could argue with his. So they just stared at each other, silently resigning themselves to the fact that parting was the way it had to be.

‘Come on.’ Wade spoke first. ‘Let’s rig this little baby up, and make sure it works.’

Hugh, who was by nature more openly sentimental than his friend, sniffled back his emotions. ‘Good idea,’ he smiled.

Wade’s head shot up abruptly from his computer keyboard — where it had been residing for some time presumably. He didn’t recall crashing out, nor did he feel at all rested from his nap.

‘I didn’t mean to startle you, old boy.’ Hugh placed a cup of coffee in front of Wade. ‘But time is getting on, we’ll need to make a move soon.’

‘Is it morning?’ Wade struggled to part his eyelids, and decided it was far too painful.

‘Ten o’clock,’ Hugh informed him, turning and opening the blind. His friend gave a groan of protest as daylight flooded the room, but Hugh chose to ignore it. ‘Oh, by the way, there is a whole pile of unopened mail in the kitchen. Email
is not the only form of communication there is, you realise …?’

Wade waved this off as he sipped his coffee. ‘I conduct all my business through the web these days. All that stuff is junk.’

‘I’ll make a note, then, not to bother sending any postcards.’

‘It’s for the best,’ Wade agreed. ‘You could carve a fine career in the medical profession with your handwriting.’

Hugh was about to retort, when a knock on the front door roused a look of curiousity at each other. ‘Are you expecting somebody?’

‘No.’ Wade raised himself to investigate.

‘No more surprises, please.’ Hugh gave him a second chance to confess.

‘I swear.’ Wade crossed his heart as Hugh pursued him to the door, no doubt making sure that the caller didn’t detain them too long. ‘It’s probably just a bible basher, or someone selling something.’

Upon opening the door, they found a young, well-dressed man, who didn’t seem to fit the mould of either a religious fanatic or a salesman.

‘Good morning to you, sir,’ the young man announced in a distinguished English accent, holding out his hand to shake Hugh’s — for Hugh
appeared to be the better bred of the two men confronting him. ‘The name is Giles Furlong. I’ve been sent to escort you back to England.’

‘Really?’ Hugh was delighted, although confused about the reason. ‘Is this some new service Oxford is providing these days?’

‘Sorry?’ Now Giles was confused. ‘I am from the solicitor’s office. Regarding the reading of your grandfather’s will.’

‘You must be mistaken,’ Hugh said politely. ‘I’m afraid both my grandfathers have been laid to rest for several years.’

‘You are Wade Ashby, are you not?’

‘I am he,’ Wade interrupted.

‘You are the grandson of Baron Edward Ashby?’ The gentleman was obviously surprised to discover this, though he hid his shock so as not to seem too rude.

‘Baron?’ Wade echoed, overawed by the title. ‘I don’t think so.’

‘Yes, Wade, I expect you might well be,’ Hugh intervened. ‘I’ve tried to explain this to you before, but you wouldn’t hear a bar of it.’

‘What!’ Wade freaked. ‘I thought you were making it up, to get me interested in history. After all, Dad never mentioned anything about his father being a Baron!’

Giles felt he must interrupt at this point. ‘It was all in the letter from Hapwood, Baxter and Bentley. Did you not receive it?’

Wade looked at Hugh, whose expression made it unnecessary for him to say, I told you so.

[Roger the Chapman 02] - The Plymouth Cloak by Kate Sedley
Crossing Over by Elizabeth Cody Kimmel
Hardball by CD Reiss
Twenty-Five Years Ago Today by Stacy Juba
The Invisible Bridge by Julie Orringer
The Baby Group by Rowan Coleman
The Vampire King by Heather Killough-Walden
Jessica by Sandra Heath
The Story of Tom Brennan by J.C. Burke
Cat's Cradle by Julia Golding