Tags: #A Companion Book to the Of Light and Darkness Series

The Anatomy of Vampires: Volume 1 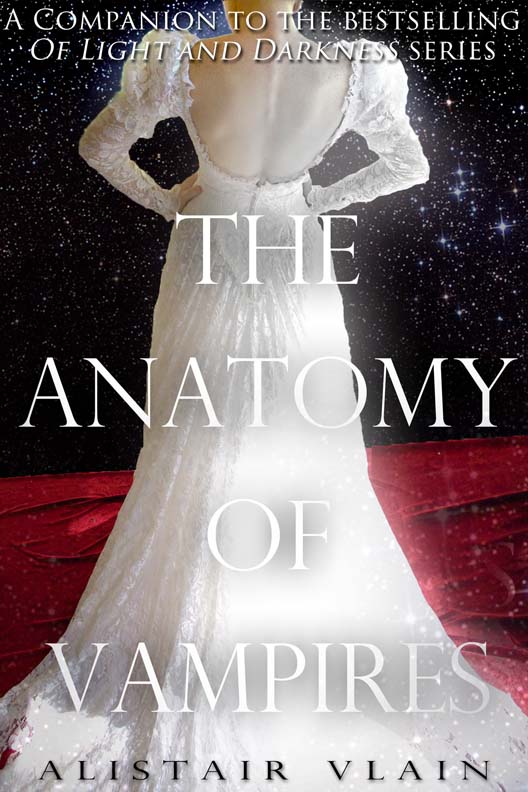 The Anatomy of Vampires

Light My World by Zee Monodee

Complete Me by Catherine Peace

Rescue Me by Olivia Starke

In From the Cold by Taryn Kincaid

One Night With the Groom by Sara Daniel

Winds of Change by Zee Monodee

By the Sea by Katherine McIntyre

The Marquis and the Mistress by Dominique Eastwick

The
Of Light and Darkness Series
by Shayne Leighton

Of Light and Darkness

The Anatomy of Vampires: Volume 1

A Companion Book to the

Of Light and Darkness Series 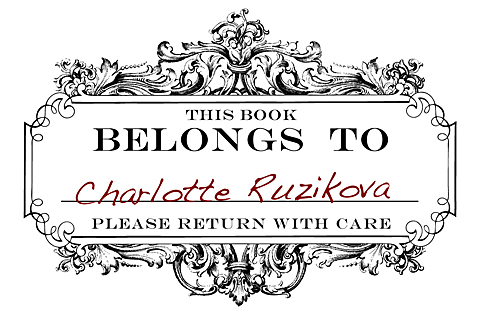 In this world of things both fantastic and “ordinary,” there has been some discrepancy on whether or not the two could peacefully coexist. The purpose of this text is to both educate and enlighten you of the reasoning, that despite the ongoing arguments of magical versus mortal, all things in this world are natural, and, in fact, all things natural are divine and no less evil than the various roaming animals or types of plant life.

Nothing proves this more than what makes up a Vampire; a creature who was once created in the image of God, transformed by darkness to take on the façade of the devil. They strike with the ferocity of cobras. They stalk with the grace of a wildcat. They possess keener instincts than a pack of wolves, and still, they somehow maintain human intelligence. The Vampire truly proves even in one body, both the human and bewitched spirit can exist, and therefore good and bad can find balance. A Vampire is nothing more than a man transformed. Some, like any mortal, will to do good things, and some, like any beast, will do bad things. But even in this topic, which has been whispered about for centuries among the mundane and the Occult kind, there still is no clear black and white.

In my travels, I have kept my head down and my words carefully selected. I have spoken to many and trusted few. The following pages will depict my carefully taken notes throughout the course of my journey. I have chosen utterances I believe to be truthful, for there have seemed many a hoax, lie, and exaggeration. I hope this volume will provide something of a guide to those who are lost—to those who seek the truth about the darkest corners of the Occult and of the world.

Law One
, set by the Elven Order of the Central European Magic Regime, states no person bearing magic in their blood may make themselves known to human kind. I believe this hierarchy, which rules over Occult society, is afraid of what might happen if their coveted knowledge ever did reveal itself to mankind.

I believe in the conspiracy.

I believe even by exploring the darkness, I may shed some illumination on what might really be occurring in the shadows of night.

Proceed with caution. Some immortals are kind. Most are not, and they’ll find you when you least expect it.

Do not trust the night. Do not get too close. Mind the daylight. Look on, if they let you, for the world depends on the truth, and they covet the key to secrets untold.

Vampires Under the Effects of Law One

“
Law One
: No being of magical decent or Occult blood may reveal the knowledge of the existence of magic to any member of mankind. Failure to adhere to this most important law is punishable by execution before your peers.”

In all my years of scouring foul weather and stalking the dingy side streets of secret, magical cities around this world, I have yet to come across a
cursed man
not negatively affected by Vladislov’s ruling.

Vladislov, the one responsible for the horrid oppression in magic kind. The one who has instituted a war on darkness and all those who oppose him. He is the highest branch of an oligarchy of Wizards who’ve named themselves
The Regime
. Elder Elves. Entitled Elves.

And, I refer to the Vampires as
cursed
men and women, for cursed is exactly what they are. Perhaps, being hexed by the dark gift is the reason for these poor creatures being so unjustly outcast and tormented by the Regime—the Elven kind look upon mortals as lower life forms. And what are Vampires other than simply mortals, transformed?

Or, perhaps the Elves react this way to the Vampire-kind because they fear things they do not understand—which they consider a danger to their magical society. The darkness. Dark magic.

Usually, one would not refer to such a perfect predator as a “poor creature,” nor would they empathize with beings considered to be the most ruthless killers in the world.

For the things I’ve seen done unto them would cause any person with a beating heart to feel pity for these creatures. They are victims of outcast. Of genocide. They are highly misunderstood, and not only by Elven kind, but by the world.

Namely, one dreary night, lonely and hopping the British rails from Cardiff to Nottingham, and then London, I stumbled across a man so lost—so affected by the restraints of
Law One
, that I gathered the gall to approach him. He slumped crooked in the farthest booth of the sterile train car.

The weather outside was relentless, hail and rain clattering against the windows. The train wheels
clacked
and jumped every now and again, causing me to lose balance and catch myself on one of the leather chairs.

Our gazes locked on one another a few times, and a suspicion flashed in his eyes before he quickly dropped his focus. I continued to move forward, knowing he had the power to vanish rather quickly, but refusing to allow him to do so. I had seen many of his kind lurking the shadows since I began my studies. I’ve watched them hunt and disappear within a blink of my eye. I’ve even gotten close enough to their discarded victims, and lingered long enough to sketch crude images and track down notes, but never, until this point, did I have the intrepidity to approach the fiends themselves for questioning.

The train car bumped once more, and I clutched my bowler to my head, holding tightly to my umbrella and briefcase in my other hand.

I had known exactly what he was when I laid eyes on him. His abnormally pallid skin, like onionskin, revealed the snaking, purple veins beneath. He continued to keep his gaze low, as if not wanting to reveal the unearthly glow of his blue irises, or perhaps, a thirsty-black glare. I knew he sensed my revelation the instant it hit me, for all Vampires had the ability to mind-read.

His reaction to my knowing was nearly undetectable, but I knew what to look for. The twitch at the corner of his mouth, suggesting his amusement. The slightest shift of his gaze across the floor, moving toward where I was creeping. The uncomfortable fidgeting of his claws laced in front of him. I knew he was deciding whether or not to kill me, but I stepped closer, anyway.

Perhaps, he might have heard it in my mind I only wished to help him—to gain knowledge and advertise the truth necessary to save him. In a flash almost too quick for me to notice if I’d blinked, his scowl touched my briefcase, and then away. Perhaps, by me publishing my studies, the Occult-kind would learn not to fear the darkness, but rather accept it as an equal part of magic kind.

The Vampire remained eerily still. I pulled up my case, gripping it firmly, my pulse hammering loudly in my ear. I became painfully aware of it throbbing in my throat, and realized how difficult it must have been for him to be contained in the same compartment with me. I squinted at the subtlety of his jaw muscle tensing. Proceeding slowly and with more caution, the realization reached me. My life could be over with any one of those steps I took. I said, “Good evening.”

The cursed man still did not lift his gaze to meet mine. With his claws folded, his thumbs persistent in fidgeting, he said, “Indeed.”

I don’t believe there had been a moment before that point where I’d heard a Vampire’s voice in such a close proximity. There had been other times when I’d heard a growl from a distance, and perhaps some violent argument, which of course ended in the demise of the weaker fiend, but this was exhilarating. The deep, melodic sound caused little, chilling bumps to trail up my spine and across my arms. This sound somehow took on a sweet quality, and with a depth that reminded me of the luxurious low end of a cello. And though I reveled in the company of women, the sound of this man speaking did something to seduce me as I stood there. It was all part of what made him dangerous; the ability to draw people close, to lure them to their fate, to madden them with lust. I blinked, immediately enamored and excited by the notion he might actually allow me to live long enough to take notes on this experience.

And I’ll also go on record saying the only real thing I lusted after in that incredible moment was knowledge.

Finally, his magnificent eyes locked with mine, revealing the full threshold of their illumined, icy color. It did something to cause the sterile lighting and the bland fixtures around the cabin to become more mystifying, simply because he was there, glaring at me. It was brilliant. Breathtaking. Another layer of chills laced over my skin. His focus flickered once to my briefcase and then back to my face.

“If you must,” he sighed, and leaned back deeper into his seat. He rested his chin in his gloved hand, gazing weary-eyed out the foggy window.

I exhaled, still not totally relieved of my fear, but growing more relaxed the longer I was close to him. I set my case in my lap, not taking my eyes off of him. Perhaps I made him uncomfortable, but I was just taking in too much information. He seemed drawn, but more so than what I believed was typically normal for someone like him. The circles under his glassy gaze were deep and dark. His posture was crooked, like an old man lived beneath his eternally young flesh. His hair was course and brittle, though long, as it hung past his shoulders around his jagged cheeks. And his clothes were tattered, a few areas haphazardly patched where the holes were large.

Blue Dream by Xavier Neal
The Unfortunates by Sophie McManus
Netball Dreams by Thalia Kalkipsakis
Gabriel's Redemption by Steve Umstead
The Body in the Lighthouse by Katherine Hall Page
Her Brooding Italian Boss by Susan Meier
Project Venom by Simon Cheshire
Just the Way You Are by Lynsey James
A Second Chance by Dowell, Roseanne
A Widow's Story by Joyce Carol Oates