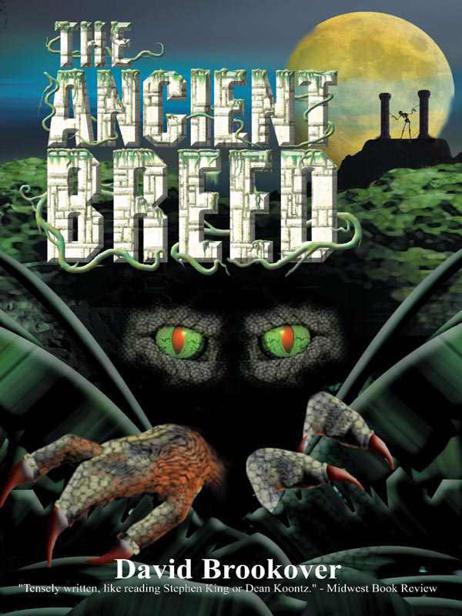 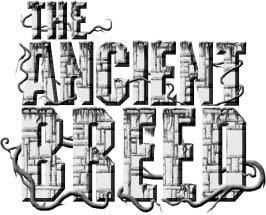 This is a work of fiction. The events and characters described here are imaginary and are not intended to refer to specific places or living persons. The opinions expressed in this manuscript are solely the opinions of the author and do not represent the opinions or thoughts of the publisher.

Outskirts Press and the “OP” logo are trademarks belonging to

Dedicated to my sons, Brett and Chet,

for their love, support, and enthusiasm.

he three ships sliced through the tranquil dark bay waters like silent specters. The
Santa Maria
,
Santiago
and
San Cristobal
creaked and groaned beneath the dead-black sky as their sails and rigging were lowered. The anchors slid quietly into the shallows a hundred yards from the daunting jungle silhouette to the east. The sailors had finally reached their rendezvous point on the western shore of the strange and savage land that their captain called
Pascua de Florida.
Two hundred men and their captain scanned the obscure shoreline for a signal from their Arawak contact when a sudden chill raked the spines of these hardy, battle veterans. The landscape appeared haunted and inhospitable.

The crew of the three ships consisted of weary sailors and hardened, ruthless soldiers who had brutally conquered natives on the islands Borinquen and Bimini under the direction of their captain, Juan Ponce de Leon. All in the name of slaves, gold, and other riches.

But there was more to their captain than his insatiable appetite for gold and power. There was his private obsession that had driven them there tonight. There was one last significant discovery to be made – one that would be the crown jewel in their beloved leader’s reputation and would swell his legacy through the ages. A discovery so miraculous that it would allow them to spit in the eye of Father Time and serve forever under their aging captain.

A fountain of such remarkable virtue as to renew the youth, health, and vigor of any person bathing in its crystalline waters.

Suddenly a torch flickered on the shore and revealed a narrow break in the dense jungle of knife-blade scrub, bent palms, and live oaks dripping Spanish moss. The native’s dusky frame danced in the shadows of the writhing yellow flame and was immodestly concealed by a brief loincloth. Without warning, several others stepped from the blackness to join their torch-wielding companion.

Ponce de Leon barked a curt order, and a dozen long boats smacked the water beside the
Santa Maria
and
Santiago
. The sailors and soldiers aboard the
San Cristobal
remained still and merely watched the proceedings. They were ordered to stay behind and provide logistical support for the primary operation into the jungles of
Pascua de Florida
: find the elusive fountain of youth! The Spaniards’ past dealings with the New World natives had taught them that relations were tenuous at best. Ambushes were far more common than long-term alliances. It was best to have ready battle reinforcements.

Finally, the long boat hulls scraped the shelled sand and settled just beyond the hissing surf. All but the Arawak shrank into the shadows as the heavily armed and armored Spaniards splashed ashore. Ponce de Leon was the last to jump down upon the soft sand, his right hand hovering near his scabbard as if he expected trouble.

The Arawak, who was tightly clutching the torch, claimed to be a cousin of the well-known Arawak chief, Sequence, who intimated that he knew exactly where the infamous fountain of youth could be found. He then sailed away from Cuba and was never seen again. Wagging tongues argued that Sequence had either met his demise on the seas or discovered the magical spring and was enjoying life as a young chief now. His disappearance fueled speculation throughout the Caribbean for many years.

Three months ago, this young “cousin” appeared outside de Leon’s governor’s quarters in the Dominican province of Higuey. He insisted that he could lead de Leon and his men to the fabled fountain in exchange for a modest cache of gold.

The King of Spain had granted the Captain General and Higuey Governor the sole right to discover, conquer, and rule the land that gave birth to this marvelous resource, but de Leon had yet to find it. Failure did not set well with him. Discovering the fountain had become a personal crusade.

Even though the young Arawak’s story seemed preposterous, de Leon recalled the rumors about Sequence’s purported discovery. Could it be true that such a simple savage had located the idyllic land of eternal youth? If he had, Ponce de Leon was determined to seize it in the name of Spain and silence those who knew its location. It wouldn’t do to have the place overrun with French and English scum. Let them follow Alexander the Great’s footsteps in eastern Asia to discover what he couldn’t – an Asian spring of youth – and leave de Leon’s Caribbean discovery alone.

In the end his obsession prevailed, and here he and his men stood. Three outfitted and manned ships financed with his own private monies.

As de Leon approached the torch, the flame exposed his ice-black eyes, forbidding scowl, and long stringy silver-and-black hair. An Arawak interpreter stepped from the amassed soldiers and joined his captain.

The interpreter translated for de Leon. “He says we must hurry so we can arrive at the spring of youthful water at dawn and experience its magical powers. If we get there too late in the day, we’ll have to wait until the next day to sample the water.”

De Leon shifted his large frame and spoke to the interpreter. “Ask him why.”

The question was asked and swiftly answered.

“Captain, the savage says it is not good to be near the spring at night.”

“Did he say why?” de Leon inquired and then stiffened. “After all, I have an army of valiant fighters here who fear nothing, night or day!”

The question was translated as a cheer went up from the men.

The interpreter asked the Arawak to define Ziiiiii Loooo, but the young man shrugged his shoulders as if he didn’t understand.

“He can’t describe it,” the interpreter said.

“Or we won’t!” de Leon roared, slipping his sword out of its scabbard and placing its sharp point at the Arawak’s throat. “Tell him I need to know. Now.”

The Arawak’s eyes bulged and sweat blanketed his face like dew, but he remained speechless.

“Cut his throat, Captain!” the second-in-command shouted, and there were several echoes of agreement.

After a two-minute standoff, de Leon lowered his sword. “We need this man to guide us to eternal youth, and you would have me silence him?” he bellowed at his men. They retreated a few steps with their shoulders slumped and eyes lowered like scolded dogs. “I thought not!”

Ponce de Leon selected a dozen of the oldest soldiers to accompany himself and fifty young soldiers into the interior. If they indeed discovered the fountain, the oldest men would test the water’s proclaimed miracle. If all went well, then de Leon would venture into the water and bath away the aches and pains wracking his fifty-three year old frame.

The Arawak turned and led them along a narrow jungle trail to dozens of canoes beached on a bracken riverbank where native paddlers awaited their arrival. After the Spaniards were seated inside the canoes, the local inhabitants guided them into a cacophony of croaking bullfrogs, alligator mating roars, buzzing mosquitoes, hooting owls, plunks and splashes of unseen creatures, and the raucous cries of night birds. The heat and humidity were stifling, but the Spaniards were accustomed to the New World weather and didn’t bother complaining. Discomfort was a small price to pay for wealth and eternal youth.

Pink and gray streaked the eastern horizon as dawn broke on another sweltering day in
Pascua de Florida
. The natives had maintained their paddling rhythm for the entire two-hour trip and still showed no signs of fatigue. The young Arawak raised his arms, turned toward the pursuing canoes and made a high-pitched, cooing-screeching noise. The other natives grunted understanding and steered toward a collapsed bald cypress tree that jutted twenty feet out into the black-water.

Other than the fallen cypress, Ponce de Leon could see no break in the tangled undergrowth. No reason for stopping there. His hands curled tightly over the edges of the canoe.

The agile Arawak leaped onto the lichen-crusted trunk, scampered to shore and disappeared into the jungle. The soldiers looked to their captain for an explanation of the Arawak’s unexpected behavior, but none was forthcoming. The suspicious de Leon continued to stare along the massive, blue-green mottled trunk until he, too, climbed onto the fallen tree, tentatively traveled its length, slogged through a shallow marsh and vanished into the jungle. The native paddlers gestured emphatically toward the tree, indicating that the soldiers should emulate their leader.

Ponce de Leon squeezed through an imperceptible break in the foliage and caught up with the Arawak fifty feet from the river. They stood inside a circular clearing that was enclosed by large, perfectly cut square stones stacked four-feet high. There were two breaks in the stonewall where the path intersected it. As the two waited for the others to appear, Ponce de Leon studied the unusual stones. Their texture was glass smooth, and the coloring was reddish-orange with thin blue marbling. He tried without success to identify their origin or type as he waited impatiently for his men to arrive.

When the first of de Leon’s men broke through the dense jungle, the Arawak gestured for them to follow. Pairs of sculpted, squatting winged demons were staggered along the path at thirty foot intervals and clearly marked the way. Soon, the group strode into a much larger circle that was at least fifty feet in diameter and surrounded by a stonewall identical to the smaller one.

An ancient sacrificial table, stained with irregular purple-black blotches, sat in the center of the circle. Ponce de Leon carefully scanned the jungle for signs of the savages who practiced the heathen rite of sacrifice, but he found nothing suspicious. He relaxed some. There was no evidence of recent activity, and it appeared that the unkempt site had been abandoned decades ago. Nothing to worry about . . . for now.