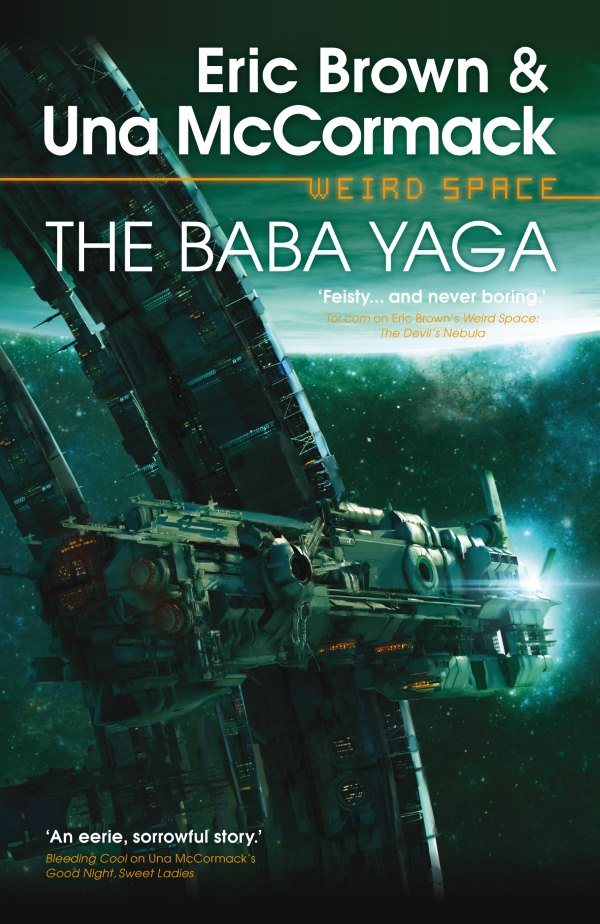 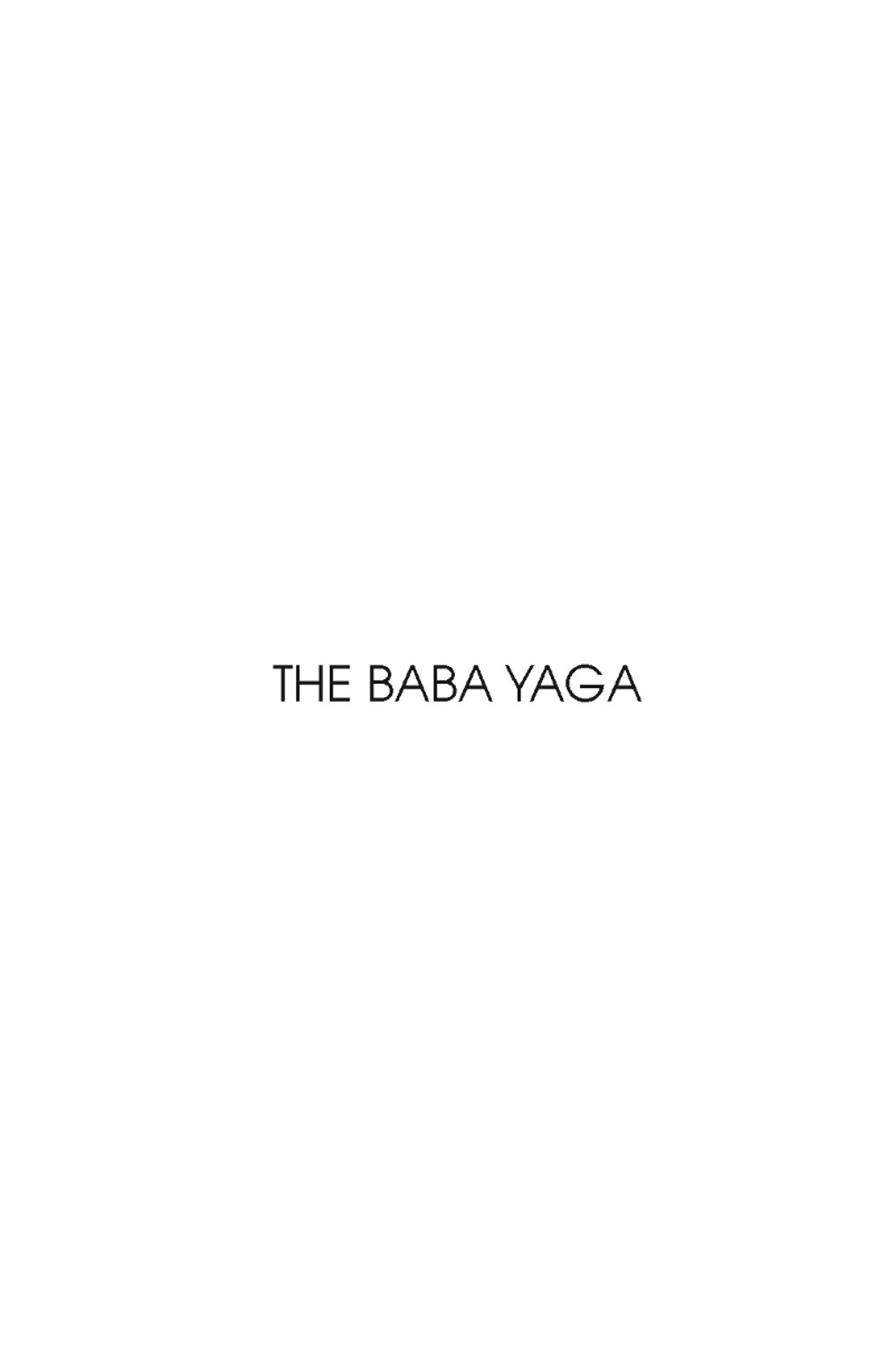 The Fall: The Crimson Shadow

The Way Through the Woods

Doctor Who: An Eye for Murder

Blake’s 7: The Ministry of Peace

Abaddon Books and Abaddon Books logo are trademarks owned or used exclusively by Rebellion Intellectual Property Limited. The trademarks have been registered or protection sought in all member states of the European Union and other countries around the world. All right reserved. 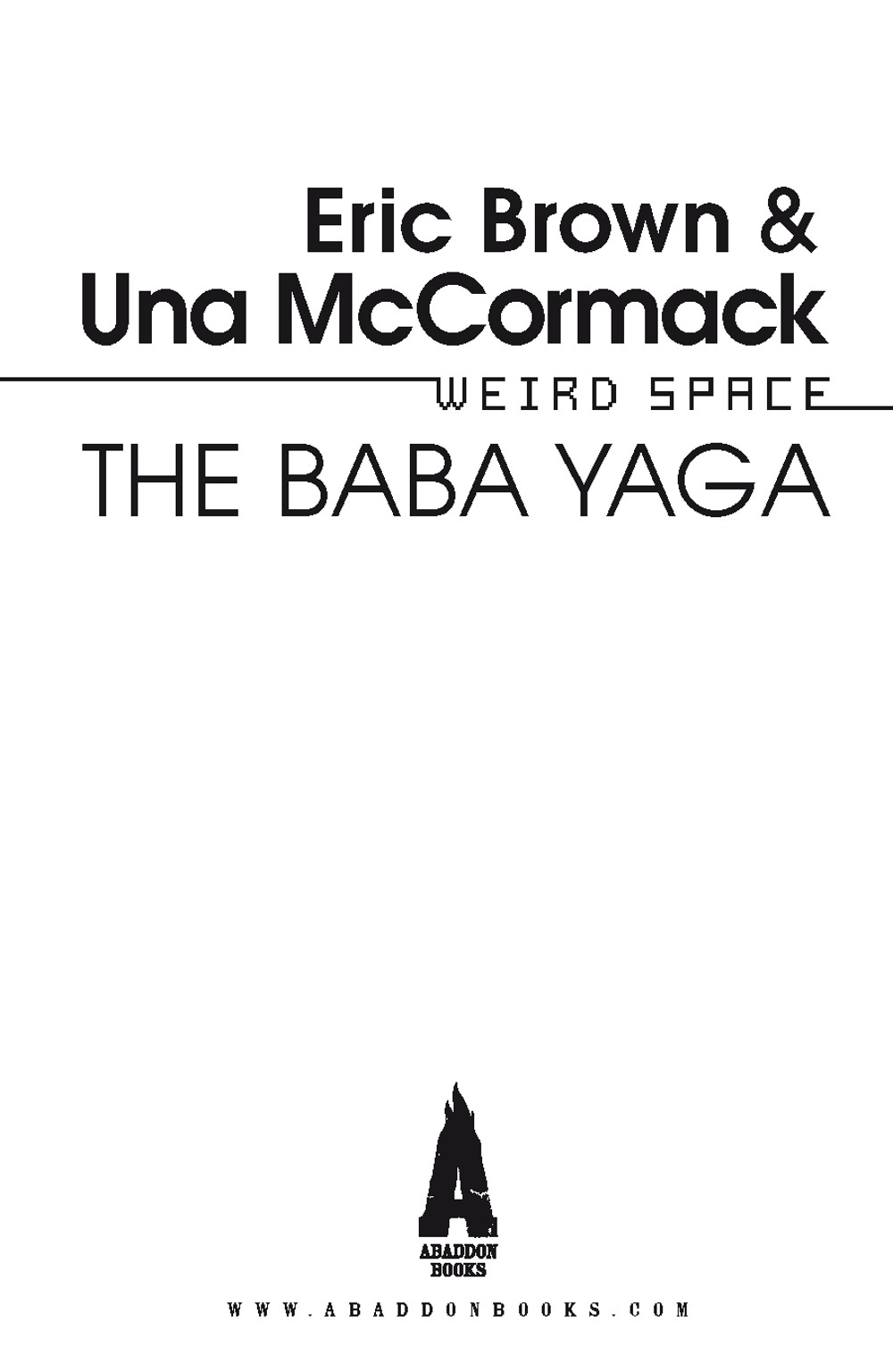 To my beautiful daughter 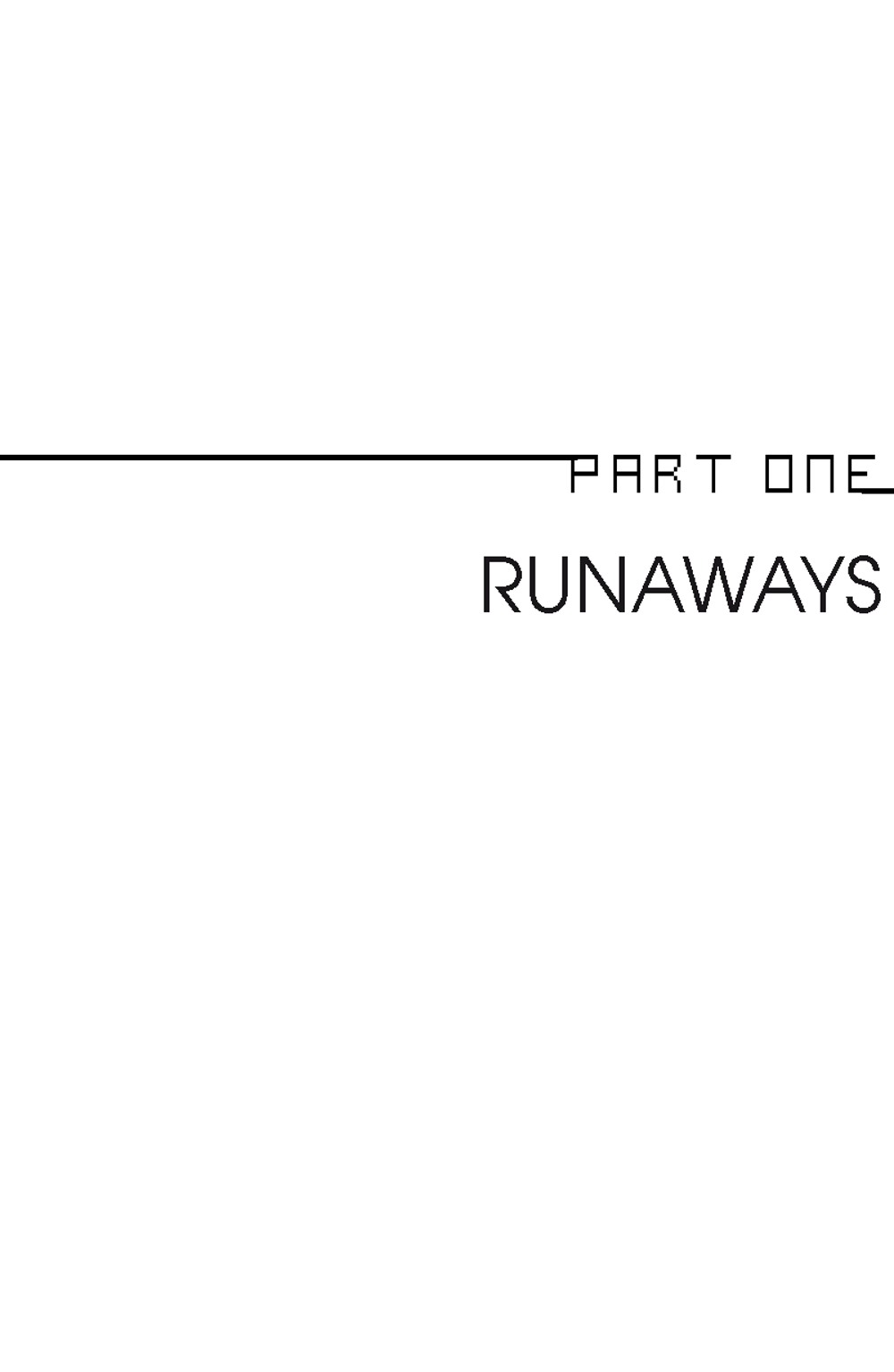 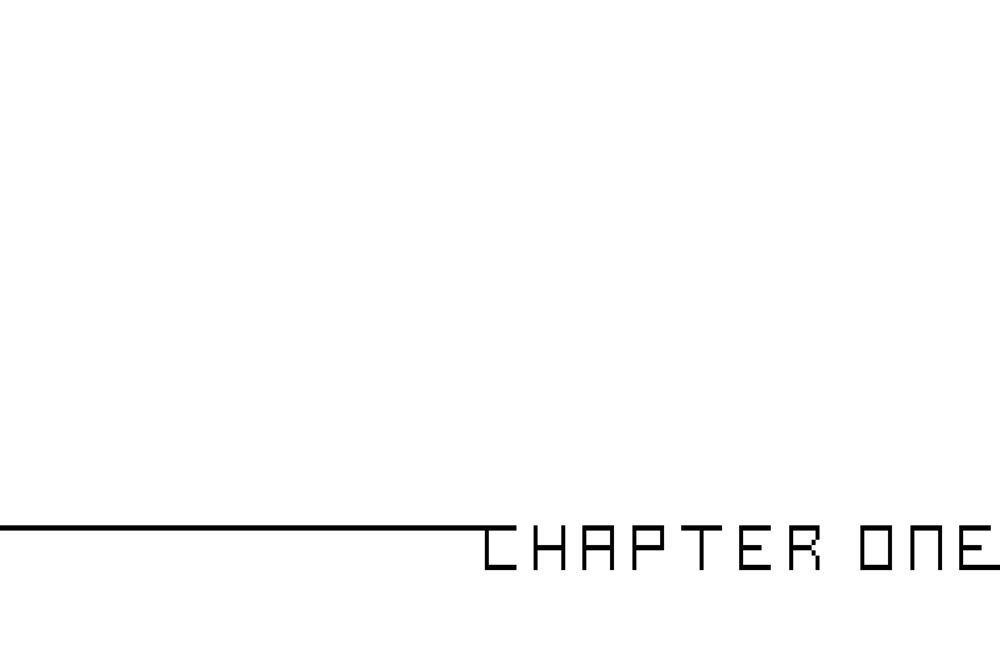 Someone was shaking her awake. She didn’t want to be awake. Too early. She didn’t fall asleep till late. She couldn’t get comfortable. She always needed a full nine hours—

Maria shoved her head beneath the pillow. “Trying to
sleep!
”

But Kit only shook her harder. “You can sleep on the road. Come on, Maria, I need you now.”

He pulled the pillow away, gently, but inexorably. He clearly wasn’t going to give up. Besides, Maria was awake now and past the point of slipping back to sleep. With ill grace, she reached for her dressing gown.

“Leave that!” Kit snapped, pulling it away from her and throwing it onto the bed. “Come
on
, Maria! We don’t have much time!”

She peered at his face, pale and starkly shadowed in the glow of the streetlights.

“Kit?” she whispered. “What’s going on? Why are you back early? You’re meant to be on duty till seven—?”

He took her hands between his. She could see he was trying to be calm, but his hands were trembling, and freezing cold. “I need you to do what I say,” he said. “Don’t ask questions—just get up, get dressed, pack a few essentials. Then wake the little one and get her out into the skimmer. We’re leaving, and we need to leave as quickly and as quietly as possible.”

Still holding her hands, he gently pulled her up from the bed. “Love. No questions.” He was pleading with her. “We need to go—”

“If you think that you can wake me up in the middle of the night, drag me out of bed, and make me wake up Jenny for no good reason at all—”

After that, she barely stopped for breath. She was dressed in seconds—good, practical clothes, clothes that would last a journey—and the bags were out and packed in short order. Kit went into the kitchen, to sort out supplies. They had always been good like this, she thought through her daze and the growing, gnawing fear. They had always been a team: one of them stepping forward when the other reached their limits. She remembered going under the knife when Jenny came: he had held her hands between his then, too, and his confidence and calm had enfolded her as her whole world narrowed and numbed. She hadn’t been afraid, because she knew that he was there and that he would look after them. It meant that she knew he wouldn’t wake her or the child for a bad reason. And she knew for certain that he would not go AWOL without an
excellent
reason.

They’re here...
Maria shuddered. She had known the risks when he had taken this posting, but she had never believed, not really, that they might come.

The worst threat humanity had ever known. Worse than plague, or the second great measles epidemic; worse than any atrocity humans had inflicted upon themselves, and worse even than the Vetch, those enigmatic aliens and their bitter, bloody war against humankind.

“Have you packed everything you want, Maria?”

Maria looked around their little flat. They had only been here six months, and it still had a temporary, institutional feel. They were still living out of suitcases. Everything they owned that she really liked was in storage. She’d regretted not making the space more like a home, for Jenny’s sake, but now it seemed to be a blessing. It would not be as much of a wrench to leave. “I think so.”

“Get Jenny. And make sure she understands that we need to be quiet.”

As soon as he was missed, they would be sending military police after him, and there would be a court-martial, and then...

Maria sobbed. Kit, already heading towards the doorway with bags in each hand, stopped and looked back at her. “I’m so sorry,” he said, awkwardly, his voice rough and dry. “I should never have brought us here. I just wanted a good life for us.”

Maria shook her head. “We agreed,” she said. “Together. We made the decision together.” She rubbed her tired eyes, and smiled at him. “That’s the last squeak you’ll get from me. If we have to go, we have to go. I trust you, Kit. I always have, and I always will. Get those bags in the skimmer, and I’ll get Jenny, and we’ll go wherever it is that you’ve got planned.” She raised her eyebrows. “I assume there is a plan?”

“We’ll work on it,” she said, and turned towards their little girl’s room.

This at least, she thought, felt like a home. Jenny, like any four-year-old, was good at taking a space and bending it to her will. Maria was from a big family—fifth of six—and so the mess was nothing compared to what she’d been used to as a child. She had thought that Kit—orderly and careful in everything—would find the child tornado stressful, but he was a patient man, and while he did not indulge excesses, he understood how Jenny needed space to roam free and explore.

“Come on, sweetheart,” she crooned, softly, like she did when Jenny was tiny, and she lifted her from the bed. “Time to get up. Time to get up.”

The small warm body curled around her, little head nestling into her shoulder. “We can be cosy in a minute, sweetheart,” she said. “We need to get dressed first.”

Jenny began grumbling, but Kit was there in the doorway, holding clothes: little grey t-shirt, blue jeans, socks and shoes and stripy jersey. “Come on, pet. Time to get dressed.”