Read The Beloved One Online 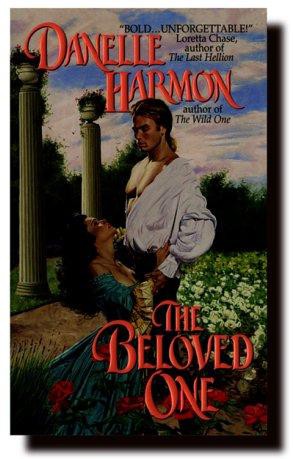 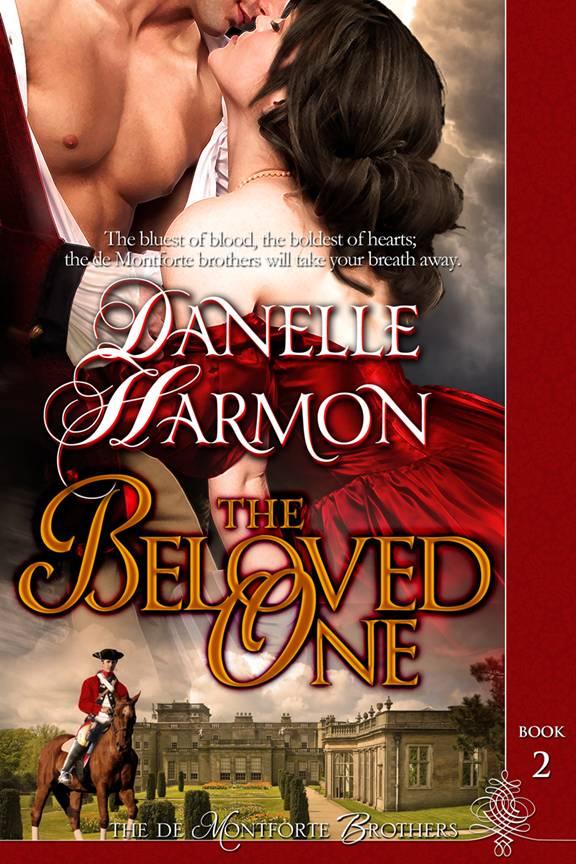 This ebook is licensed for your personal enjoyment only.  This ebook may not be resold or given away to other people.  If you would like to share this book with another person, please purchase an additional copy for each recipient.  If you're reading this book and did not purchase it, or it was not purchased for your use only, then please return to Amazon.com and purchase your own copy.  Thank you for respecting the hard work of this author.

Discover other titles by Danelle Harmon at Amazon.com

The moon was rising.

Earlier in the day, and throughout much of the previous one, it had been raining.  Now, the last clouds filed swiftly out to sea, riding above trees still bare of leaves and allowing the moon to turn the steeples, rooftops and cobblestoned streets of Boston to silver.  In the harbor, the bows of the great warships swung slowly around as the spring tide began to come in.  In timber-framed houses all across the town, lamps glowed at doors, faint candlelight shone from behind windows, chimneys spewed wood smoke toward the stars.  All was peaceful.  All was quiet.  The town was settling in for the night.

Or so it seemed.

History would remember two lanterns hung in the Old North Church, the midnight ride of Paul Revere, and at daybreak, the battle of Lexington and later, Concord, that would open the American Revolution.

But there were some things it would not remember.

On the second floor of Newman House, whose owner resentfully let rooms to the King's officers, a captain in the proud scarlet regimentals of the Fourth Foot sat at his desk, finishing the letter he'd begun earlier to his family in far-off England. . . .

It has just gone dark and as I pen these words to you, an air of rising tension hangs above this troubled town.  Tonight, several regiments — including mine, the King's Own — have been ordered by General Gage, commander in chief of our forces here in Boston, out to Concord to seize and destroy a significant store of arms and munitions that the rebels have secreted there.  Due to the clandestine nature of this assignment, I have ordered my batman, Billingshurst, to withhold the posting of this letter until the morrow, when the mission will have been completed and secrecy will no longer be of concern.

Although it is my most ardent hope that no blood will be shed on either side during this endeavour, I find that my heart, in these final moments before I must leave, is restless and uneasy.  It is not for myself that I am afraid, but another.  As you know from my previous letters home, I have met a young woman here with whom I have become attached in a warm friendship.  I suspect you do not approve of my becoming so enamoured of a storekeeper's daughter, but things are different in this place, and when a fellow is three thousand miles away from home, love makes a far more desirable companion than loneliness.  My dear Miss Paige has made me happy, Lucien, and earlier tonight, she accepted my plea for her hand in marriage.  I beg you to understand, and forgive, for I know that someday when you meet her, you will love her as I do.

My brother, I have but one thing to ask of you, and knowing that you will see to my wishes is the only thing that calms my troubled soul during these last few moments before we depart.  If anything should happen to me — tonight, tomorrow, or at any time whilst I am here in Boston — I beg of you to find it in your heart to show charity and kindness to my angel, my Juliet, for she means the world to me.  I know you will take care of her if ever I cannot.  Do this for me and I shall be happy, Lucien.

I must close now, as the others are gathered downstairs in the parlour, and we are all ready to move.  May God bless and keep you, my dear brother, and Gareth, Andrew, and sweet Nerissa, too.

"Captain?  Forgive my intrusion, sir, but everyone's waiting downstairs for you.  It's nearly time to leave."

"Yes, I am sensible to it.  I shall be down directly, and do thank everyone for their patience with me, Ensign Gillard."  The captain scanned his letter.  "Not worried about tonight, now, are you?" he asked conversationally, not looking up as he folded the correspondence.

"Well, not exactly worried, sir, but . . . well, do you have a bad feeling about this mission?"

Lord Charles raised his head and regarded him quietly for a moment.  "And here I thought it was me," he admitted, his expression both amused and reassuring.

""Everything will be all right, won't it, sir?"

Gillard closed the door, and dipping his quill in the ink once more, the officer wrote his brother's address across the front of the letter:

To His Grace the Duke of Blackheath, Blackheath Castle, nr Ravenscombe, Berkshire, England

There.  It was done.

Putting down his pen, Lord Charles Adair de Montforte rose to his feet, picked up his hat and sword, and, leaving the letter propped on his desk, strode boldly out of the room, down the stairs, and to his fate.

A fate so tragic that even Gillard's premonition could not have foreseen its very horror.

The waiting was terrible.

Fourteen-year-old Will Leighton lay stretched out flat on his stomach behind a granite wall, his musket propped between two boulders and trained on the ominously still road along which the King's troops would come.

Easy!
he told himself, his heart pounding.
You're a man now!  A grownup!
But he was so tense he felt sick.  So jittery he kept forgetting to breathe.  Off to his right, several others, all members of the Woburn militia under Major Loammi Baldwin, also lay hidden.  None of them looked as nervous as he felt.  Eyes flinty beneath their tricorns, they stared toward the road.

Will tried to imitate their gritty expressions, but all he could hear was the fierce pounding of his heart.  His elbows dug into the spongy, rain-soaked earth.  Dampness seeped up through his clothes, chilling his skin, making him shiver.  In the maple above, a chickadee flitted from branch to branch, trilling its innocent song:
chickadee-dee-dee; chickadee-dee-dee.

And from fifteen feet away, Baldwin spoke the words they'd all been waiting for:

And now Will felt a sensation like needles prickling all up and down his spine as he heard it too:  Dogs, barking an alarm from somewhere down the road.  Distant shouts, sporadic musketfire, the steady rattle and stamp of hundreds of approaching men.  Will's hand went sweaty and began to shake.  Any moment now, the king's troops, on their way back to Boston after what everyone said was terrible fighting at Concord, would come around the bend and into view.

He swallowed, the taste of fear metallic on his tongue.  Nearby, his cousin Tom narrowed his eyes, spat, and brought his musket to full-cock.

And come they did.  Will's eyes widened and his heart quailed as the troops, nearly a thousand men strong, streamed around the bend like a river of blood.  They were an awesome and terrible sight.  Mounted officers in scarlet coats rode alongside them waving swords and barking orders.  Sunlight flashed from bayonets, gorgets and pewter buttons.  But closer scrutiny revealed the signs of battle.  Many, limping painfully, had all they could do to walk; others were borne on litters and in carts, and still others were so bloody that their breeches, snow white only hours earlier, were as red as their wool coats.  There was exhaustion in their eyes.  Desperation in their faces.

But Will, who'd heard all about what had happened at both Lexington and Concord earlier this day, felt no pity.

And neither did Baldwin as he roared, "
Fire!
"

From both sides of the road, a barrage of musket shot slammed into the unsuspecting troops, catching them in a deadly crossfire.  Horses, screaming, bolted in terror.  Soldiers fell dead as colonial muskets banged out, instantly cutting them down.  Redcoat officers, shouting commands, sent their horses charging to and fro, trying to restore order and organize the troops into fighting formation, and soon answering volleys of shot were plowing into the surrounding trees and enveloping the rocky pasture in thick, acrid smoke.

Discharging his musket and retreating behind a massive oak, Will reloaded, his hands shaking so badly that he spilled half his black powder down his leg.  He rammed the ball and wadding home, his nerves shot as all around him yelling minutemen ran past, diving behind rocks and trees to aim and fire and reload once more.  He brought his musket up again, just in time to see a wild-eyed young ensign break rank and sprint toward them from out of the drifting smoke, leaping a stone wall and yelling at the top of his lungs, "Come out and fight fairly you cowards, you damned rebel wretches!  Show yourselves and do battle like brave men, not skulking Indians!"

"Gillard,
get back
!" shouted a redcoat captain, splendid in scarlet and white, the blue facings of his uniform proclaiming him to be one of the King's Own — and sent his horse charging down on the runaway ensign at a full gallop.

Tom narrowed his eyes and raised his musket.  "He's mine, the son of a bitch."

Will would remember it for the rest of his life:  The deafening roar of Tom's musket.  Half the young ensign's face going up in a fountain of blood.  His body seeming to trip and somersault, rolling over and over in the just-greening grass before it slammed up against the granite wall that Will had just vacated.

"Got 'im!" crowed Tom, thrusting his musket skyward a second before a ball sliced through his neck, instantly killing him.

Will had no time to react, for at that very moment the captain's horse exploded out of the smoke, sailing over the stone wall like an apparition.  Five feet from where the ensign lay screaming in agony, the captain pulled the animal up and leaped from the saddle.  Ignoring the lead whining about him, he ran to the young soldier, lifted him in his arms and carried him back toward the fretting, wild-eyed horse.

Will stood transfixed.  Never had he seen such steely courage, such selfless devotion to a subordinate.  The captain's hawkish face was hard, his eyes the December-ice clarity of aquamarine, and as he turned his back on Will and gently hoisted the soldier up into the saddle, Will knew he was going to have to kill him.

He leaped out of hiding.

And
oh my God
missed.

The captain turned his cool, level stare on Will, one pale, arched brow lifting with the sort of surprised annoyance that any well-seasoned warrior might show a colonial bumpkin trying to irritate the finest army in the world.  Will's stomach flipped over.  Nausea strangled his throat.  Too terrified even to reload, he froze as the captain picked up his ensign's musket and trained it dead-center on Will's chest.  The blue eyes, so competent, so self-assured, so very, very dangerous, narrowed a second before the redcoat would have blown him into eternity.