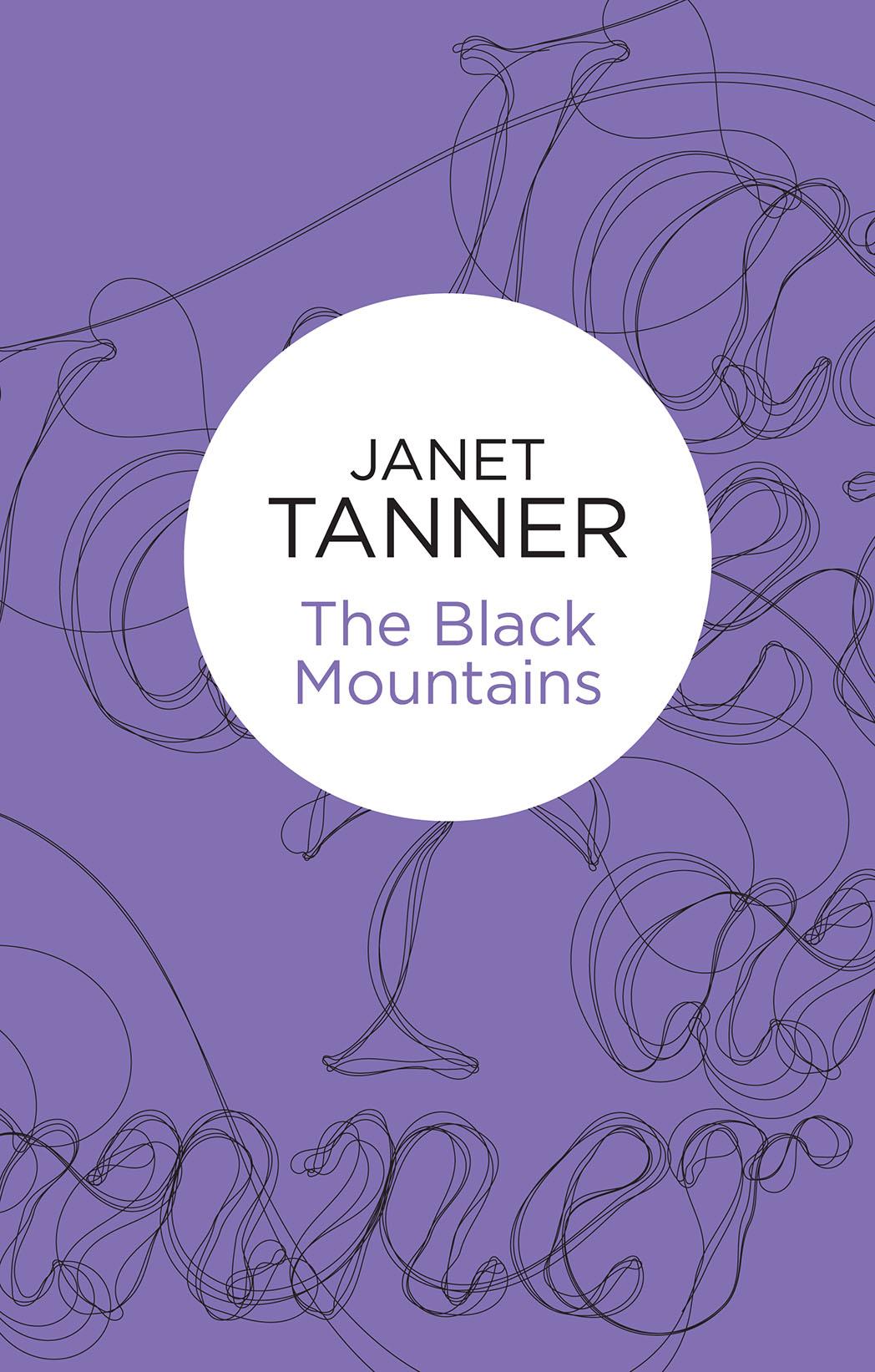 Janet Tanner is a prolific and well-loved author and has twice been shortlisted for RNA awards. Many of her novels are multi-generational sagas, and some â in particular the Hillsbridge Quartet â are based on her own working class background in a Somerset mining community. More recently, she has been writing historical and well-received Gothic novels for Severn House â a reviewer for
Booklist
, a trade publication in the United States, calls her “ a master of the Gothic genre”.

Besides publication in the UK and US, Janet's books have also been translated into dozens of languages and published all over the world. Before turning to novels she was a prolific writer of short stories and serials, with hundreds of stories appearing in various magazines and publications worldwide.

âWho was a “carting” boy in the pits of the Somerset coal-field for ten years, and a collier is Somerset and South Wales for several more.

The stories he told me inspired this book. The plot and the characters are fictional, but the way of life is as he described it to me, and I believe that he, and others like him, helped to write “Black Mountains” with their lives.'

BOOK ONE
Charlotte
Chapter One

Beneath a hot June sun, the coal cart rolled and ground its way through the centre of Hillsbridge.

Down the steep curving hill it came, with every turn of the wheels jarring the man who lay on the filthy wood-plank floor, covered by a threadbare working coat. Past the Rectory, whose shady trees overhung the road it rolled, past the hoop-shaped block of shops where the doors stood open to the drowsing afternoon. In the station yard the parcel-deliveries horse, standing patiently between the shafts of its baize covered wagon, stopped flicking its ears at the troublesome flies to watch with mild interest, and a group of back-shift miners squatting on their haunches against the railings spat in a studied nonchalance that was belied by the grim narrowing of their eyes.

As the cart jolted across the first of the two sets of railway lines that severed the main street, the low moans of the injured man became a shriek of agony.

“Go bloody careful, mate. He's got a broken back!” his companion called roughly to the driver.

On the wide pavement that bordered the road between the two sets of railway lines, two women broke off in their conversation to watch the cart's uneven progress.

The one, plump and fair, looked only interested. Her men were not miners, but colliery carpenters who worked in safety above ground level.

But the other stood tight-drawn, her whole body frozen into an attitude of waiting. Charlotte Hall had three sons and a husband underground at South Hill Pit. The injured man in the coal cart could be any one of them.

As the cart approached her eyes followed it, blue and anxious in her pale face, and when it drew level she set her shopping bag down on the pavement abruptly. Peggy Yelling, her companion, touched her arm sympathetically, but she brushed her aside and hurried to the roadside.

The haulier shrugged bad-temperedly and ignored her. He was still cursing his luck for having been at the head of the queue waiting at the pithead for his load of coal when the injured man had been brought to the surface.

“Who have you got there?” she called again, her voice rising.

The second miner in the back of the cart straightened from tending his workmate.

The cart ground on its way, but still she stood on the pavement's edge staring after it as if she had seen a ghost.

This time they were safe. This time it was not James, her husband, who was being jolted through the streets in agony, nor Jim or Fred, her sons. This time it was not Ted, just thirteen years old, whose future had been ruined with a broken back. But how long could their luck hold? How long before it was a Hall in the coal cart that served for an ambulance?

“Lotty, are you feeling all right?” Peggy Yelling's anxious voice seemed to be coming at her through a haze, and she drew a deep, trembling breath.

“No, Lotty, I know.” Peggy nodded sympathetically. “I'd never get used to it, if my men were underground. But you shouldn't be upsetting yourself. Not in your condition.”

Charlotte laughed briefly and glanced down at her stomach. Not even her loose black gabardine coat could hide the large bulge.

“You'd think I'd have had more sense at my age, wouldn't you?” she laughed. “Still, it's only another month to go now. You haven't forgot I shall be wanting you when the time comes?”

“I haven't forgot,” Peggy assured her. “I wrote it in my almanac as soon as you told me. I've seen all the others come into the world, and I don't intend to miss this one. Though I'm warning you, it's eight years since you had Amy. This one might not be so easy, Lotty.”

Charlotte shrugged impatiently and retrieved her bag from where she had left it. “ I'd have another dozen if it ended with bringing them into the world,” she said shortly. “It's the worry that comes after that gets me down. Now take our Jack. He's going to start work now, down the pit like the othersâas if I hadn't got enough of them underground already.”

“No, he's going on the screens first, sorting coal,” Charlotte told her. “ But how long will that last? He took his labour exam this March, and passed, so he can leave school any time. A few weeks back he went to see O'Halloran about a job, and he'd have started by now, I reckon, if it hadn't been for getting the chicken pox. Chicken pox at twelveâI ask you!”

For a moment Peggy was silent, her round, pleasant face thoughtful.

“You've never thought about him going into a shop, I suppose,” she asked presently.

Peggy nodded. “When I went to the chemist's just now for some Liquafruta I noticed a card in the window, advertising for an assistant I don't suppose â¦”

“Well, yes, of course. Now I would have thought that might suit your Jack. But if he's going after it, he ought to make haste. He won't be the only one, by a long chalk.”

“The chemist. I'll go home and tell him about it right away.” Charlotte hitched her bag up on her arm. “You don't mind if I don't wait for you, Peggy?”

“Well, no, if you want to go on. But don't you go hurrying up the hill in this heat!” Peggy cautioned her.

Charlotte shrugged impatiently. “I shall be all right. I'll see you again, Peg. Toodle-oo for now. And thanks!”

She turned and started along the street in the direction the coal cart had gone. Over the second pair of railway lines she went, crossing the road when she reached the market place and passing through the forecourt of the George Hotel that faced its rival Miners Arms on the opposite side of the street.

Here the way branched, the main road going straight on through rolling green countryside towards Bath, but Charlotte turned to her right, passing the forge and livery stables at the foot of the hill, and beginning the steep climb that would take her home.

The town of Hillsbridge was set in a valley bowl, there was no way out of it except up a hill. She had never minded much in the past. While others complained of being âdone up,' Charlotte reckoned the exercise kept her healthy. But today the heat and the weight of the baby in her belly combined to exhaust her. By the time she reached the wooden bench, set into the grass verge and half-way up the steepest part, her breath was ragged and her legs felt unsafe. She paused for a moment, resting her bag on the seat and wishing she could go and get a drink of water from the spring that ran out of the hill on the opposite side of the road, as the children did.

But the memory of the coal cart was too fresh in her mind, her own fear still too real. It was too late now to stop the older boys going down the pit. She'd tried, God knew, but she'd failed, and she'd had to watch them in their turn go down the hill with their cans of cold tea, their tin of sandwiches, and the half-dozen tallow candles that would light their way underground through a day's shift.

But if she could stop Jack, it would be something.

He was still at home, getting over the chicken-pox, but the spots had all gone now, and he'd been given a clean bill of health only this morning. If he could get down to the chemist's straight away, maybe they'd take him on. Jack was a smart boy, who would be a credit to any shop, and if he did well, they might even encourage him to train as a dispenser.

Hitching her bag up on her hip, Charlotte set off again. Today the hill seemed to go on forever, past cottages whose gardens were ablaze with roses, snap dragons and night-scented stocks, past the walled grounds that sloped down from the big houses on the hill-top. Hardly a breeze stirred the snow-on-the-mountain that hung in pendulous white drifts over the wall of Miss Emery's cottage, and Charlotte thought it was almost impossible to believe that only last week she had been complaining that summer was never going to arrive.