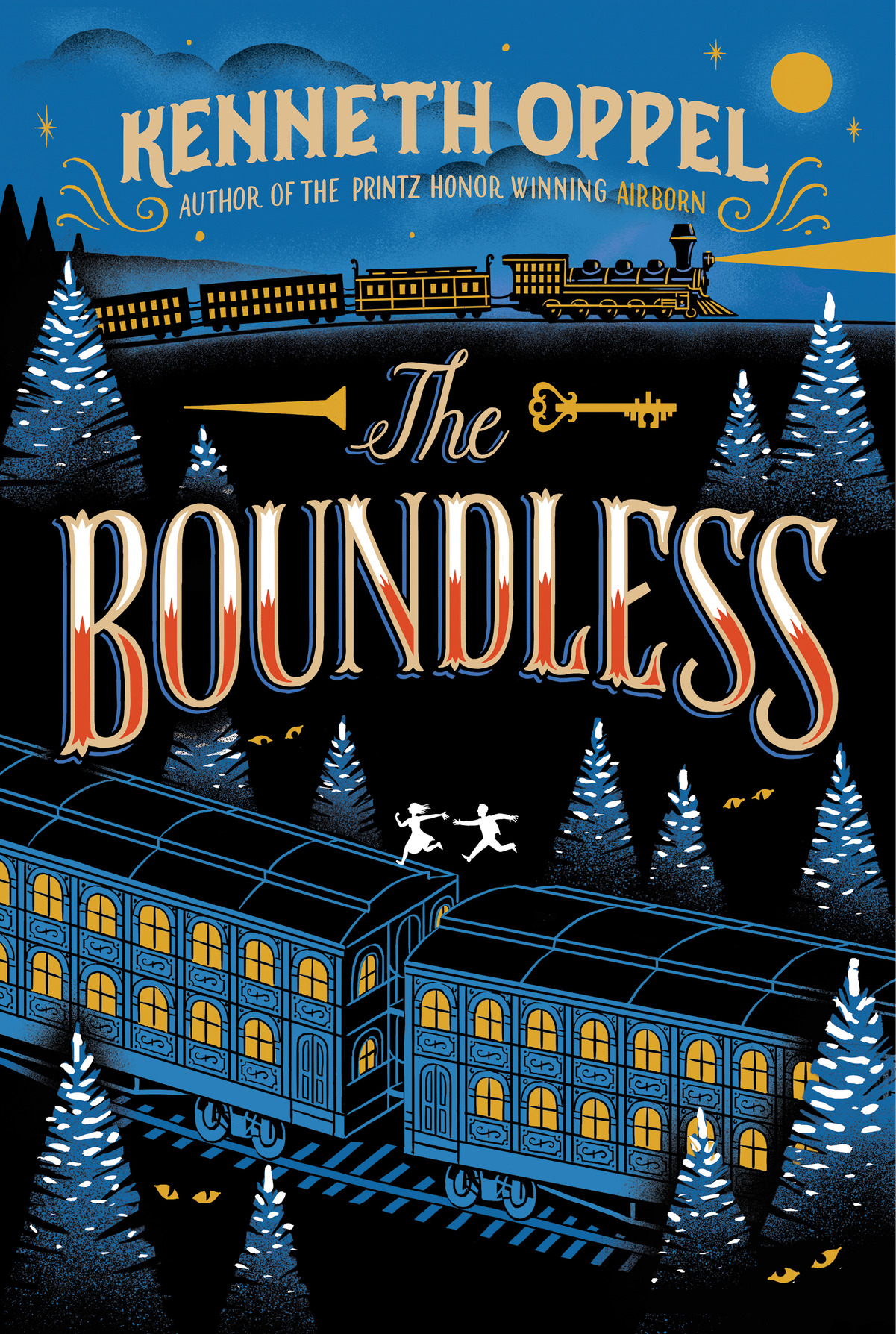 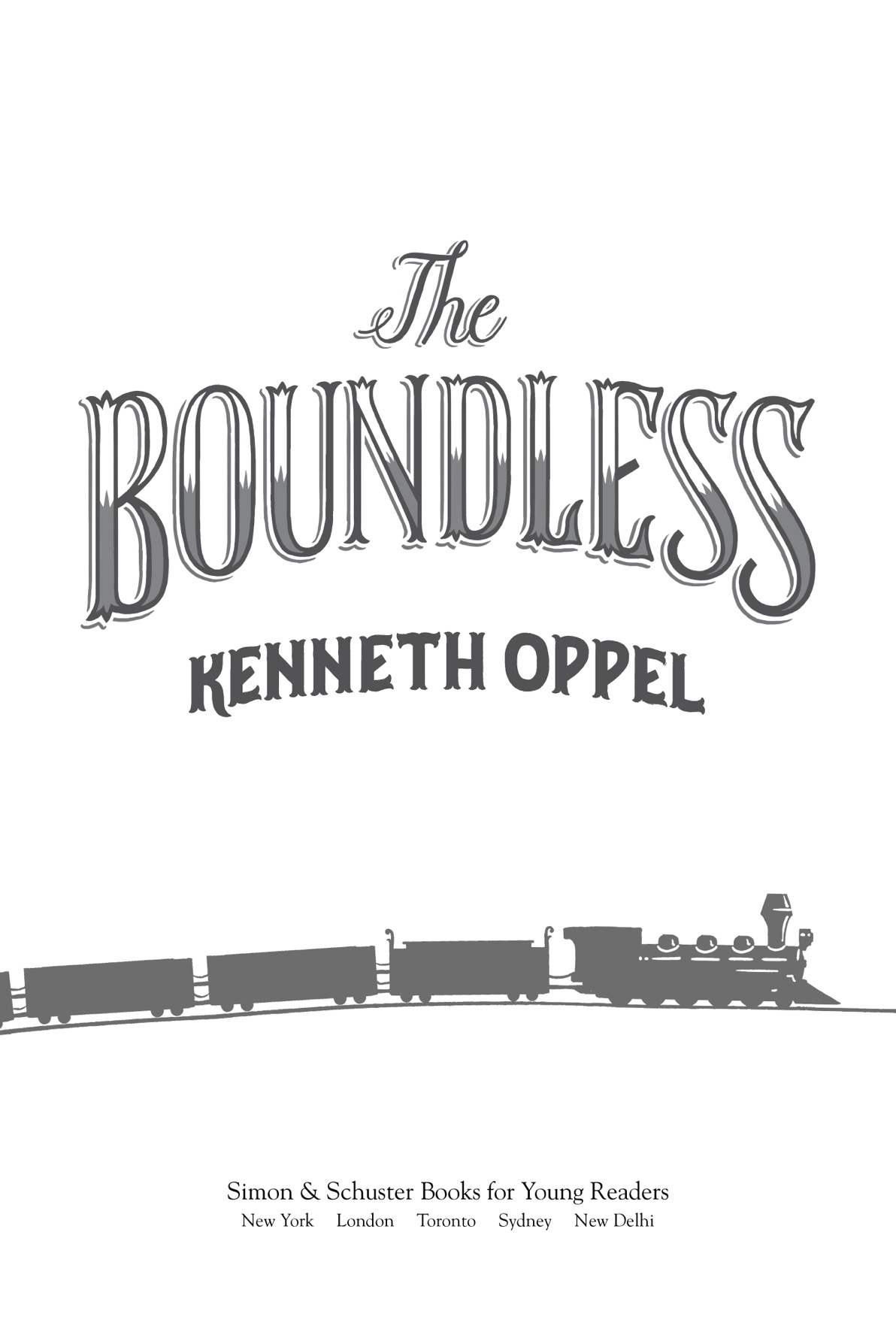 For Julia, Nathaniel, and Sophia 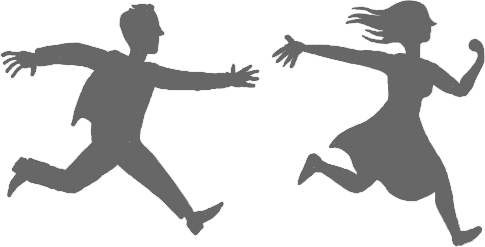 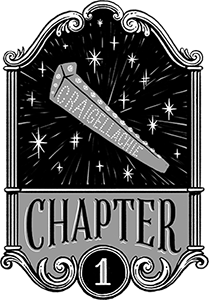 Three hours before the avalanche hits, William Everett is sitting on an upturned crate, waiting for his father.

The town doesn't even have a name yet. Nailed to a crooked post at the side of the train track is a messy hand-painted sign that says only:
Mile 2553
. Paint has dribbled down from the bottom of each number and letter. Yesterday when Will and his mother stepped off the train, the conductor shouted, “End of the line! Farewell Station!” But Will wasn't sure if Farewell was the town's name or if the fellow was just in a hurry to say “Good riddance.”

The station is an uncovered wooden platform. There is a water tower and coal shed to fuel the trains. A telegraph pole slings a wire to a shack, where the station master dozes on his stool, his crooked door shut against the November chill.

The town feels like it's just been carved from the forest. Behind Will is a halfhearted jumble of wooden houses set back from a street of churned mud and snow. There is a general store, a church, and a large rooming house, where his mother waits. She's tired out after their five-day journey from Winnipeg, and so is Will. But he's had his fill of small spaces, and people everywhere, and he wants to be alone and breathe fresh air.

He's grubby. His hair needs a wash. He's not sure, but he might have lice again; it's itchy back behind his ears. In their rooming house the single bath was in high demand last night, and Will didn't get a turn.

On the wooden planks beneath his boots someone has carved the initials of two lovers inside a clumsy heart. He wonders if he'll ever put his initials inside a heart. He pulls his collar closer about his neck. The cold seeps through the worn patch under his right armpit. He's too thin, his mother says. But right now his body doesn't want to be any other way.

At least his feet are warm. The boots are the newest things he owns. The laces keep coming undone, though, even when he double knots them.

He looks at the track, gleaming as though it has just been set down. Will imagines his father helping lay those long measures of steel. He follows the track west, where it's quickly swallowed up by dense, snow-cloaked forest. His eyes lift to the towering mountainsâlike the very world has raised its gnarled fists to keep you out. How could you cut a road through such wilds? Clouds graze the icy peaks, painting restless shadows across the furrowed slopes of rock and snow.

That's the direction his father will come from. Maybe today, maybe tomorrow. And Will's going to be here to greet him.

From his coat pocket he takes his sketchbook and pencil. The sketchbook is homemade from the pieces of packing paper his mother brings home from the textile factory. Will has learned to fold the pieces in a special way and slit the edges to make a booklet of sixteen pages. A few quick stitches bind them together. He peels off his threadbare glove so he can get a good grip on the pencil stub.

Across the tracks two big tents and several smaller ones are set up in an otherwise vacant lot. Amongst the tents are carts, some still loaded with luggage and crates. Horses nose the scraggly earth. Across the biggest tent is written:
klack bros. circus
. Several shabby men set up booths. The sound of their hammers echoes, lonely off the hills.

Will chews at his pencil for a few moments, then tentatively roughs in the scene. Next he begins to capture the texture and folds of the canvas tents, the fitful light on the foothills.

“What are you drawing?”

He looks up to see a girl about his age standing before him. Why didn't he see her coming? She wears a drab gray dress, her straight, fair hair parted in the middle and pulled back into two braids.

“Nothing much.” He closes his sketchbook.

With dismay he watches as she steps closer. Talking to people isn't something he's very good at, especially strangers. Especially girls.

Beneath thick eyebrows her eyes are grayish blue and lively. When she smiles, he sees a slight gap between her front teeth. She isn't all perfect and pretty like Theresa O'Malley, but there's something striking about her that makes him want to keep looking. Maybe if he drew her, he could figure out what it is. But he's better at things than people. People are very tricky.

He doesn't like showing people his drawings. It's something he mostly keeps hidden, especially from other boys, because they think it's girly. This particular girl just waits patiently. Her face is awfully bright.

Her eyes widen. “Dang! I wish I could draw so well! Who taught you?”

A couple years ago he was ill, and bedridden for weeks. As a trick to distract himself, he invented a drawing game. It didn't matter what he drew: a chair, a shirt on a peg, a shoe. He pretended his eyes were the point of his pencil against the paper. And as he moved his eyes very slowly over the outline of the object, he moved his pencil, tooâwithout ever looking at the paper. He got so lost in it that he forgot about his burning ember eyes and aching limbs. Time disappeared. And he was often surprised at how accurate these blind contour drawings wereâbetter than anything he could have done while looking at the paper. And when he recovered, he kept drawing, so that now he took a hand-stitched sketchbook everywhere.

Without asking, the girl takes the book from his hands and starts turning pages.

“And these, too! Where's this?” She points to a picture of a trestle bridge under construction across a deep gorge.

“The Rockies.” She seems so friendly and interested, he can't really be angry with her.

“Do you work on the railroad?” she asks.

He laughs at the idea, though he's pleased she thinks he's old and strong enough. “My father does. He's building the Canadian Pacific Railway.” He feels proud when he says it. “I draw the things he describes in his letters.”

“They're so good, it's like you've really been there.”

“No, I ain't been anywhere really.”

He doesn't tell her that this particular sketchbook is a present for his father. He hopes Pa will like it, as a keepsake of all his adventures on the railroad.

The girl turns a page and pauses. “Is that a sasquatch?”

“Your father's seen one?”

“Look at this.” From his pocket Will pulls his most prized possession: a tooth, yellow and curving to a sharp point, that his father sent back months ago. “This one's from a big male they had to shoot.”

She examines it with great attention. “A lot of people think they're not real. This could be a bear tooth.”

Will's indignant. “It's no bear tooth! They're real. They're awful trouble up in the mountains.”

She follows his gaze up into the mountains and is silent for a moment.

“You waiting for someone too?” He's heard from their landlady that the town will soon be flooded with men coming down from the work camps.

The girl shakes her head mysteriously, then turns and steps off the platform. The workers have left a long plank across two rickety sawhorses. The girl hops up onto it. Arms out, she steps across, one foot in front of the other, chin high. Midway she does a handstand.

Will blushes at the sight of her pantaloons. He knows he should look away, but he's so amazed, he can't stop watching. She walks the rest of the way across the plank on her hands, then flips herself upright and curtsies.

“You're in that circus!” he exclaims. “An acrobat?”

“A wire walker.” She hops down and returns to the platform.

“On a tightrope, you mean?”

Will has only ever been to the circus once, on a birthday, and he was enthralled by the people crossing the high hempen rope.

“They call me the Little Wonder.” She wrinkles her nose. “It's a silly name. It's just because I started when I was six. One day I'm going to cross the Niagara Falls. That's eleven hundred feet! But what I really want to be is a great escape artist. There'll be no chains that can hold me, or locks bind me.”

Will is speechless at her aspirations.

“Try to hold me. I can escape any grip.”

“I believe you,” he says shyly.

“Grab my arm. Both hands!” She takes his hands and places them on her upper arm.

Awkwardly Will clenches his fingers.

Then she does something, very simple and fast, and is free of his grip before he knows what's happened.

“That's something,” he says. He nods at the tents across the tracks. “Who're the Klack brothers?”

“Uriah and Crawford. Crawford's dead. He was the smart one. It's a pretty rotten mud show. But it's work for the time being.”

Will feels suddenly childish. Unlike his father, the only adventures he's ever had have been in his head, or drawn in his sketchbook. This girl seems from another world. Looking at her is like catching a glimpse of unknown track: and immediately he wants to travel it to the horizon, to know what's at the end.

“You could be an artist,” she says, pointing at his sketchbook. “Is that your dream?”

“Don't know.” He is shy again. He wishes he were full of plans and dreams. “Just somethin' I do.”

“It's silly not to use the talents you have.”

Heat comes to his cheeks. Why does he blush so easily? It's a curse. To change the subject he asks, “You know all sorts of tricks, then?”

“Can you do a disappearing trick?”

“Of course,” she says after just a moment's hesitation.

When Will grins, one of his eyes closes more than the other. “Can't do it, can you?”

In Pursuit of Miriam by Helen A. Grant
Everything Kids' Astronomy Book by Kathi Wagner
Halloween in Paradise (Tj Jensen Paradise Lake Mysteries Book 6) by Kathi Daley
The Doctor's Damsel (Men of the Capital Book 3) by Cara Nelson
Miss Pymbroke's Rules by Rosemary Stevens
Zorro by Isabel Allende
The Twelve-Fingered Boy by John Hornor Jacobs
The King's Mistress by Sandy Blair
The Unraveling of Violeta Bell by Corwin, C.R.
George Orwell: A Life in Letters by Peter Davison