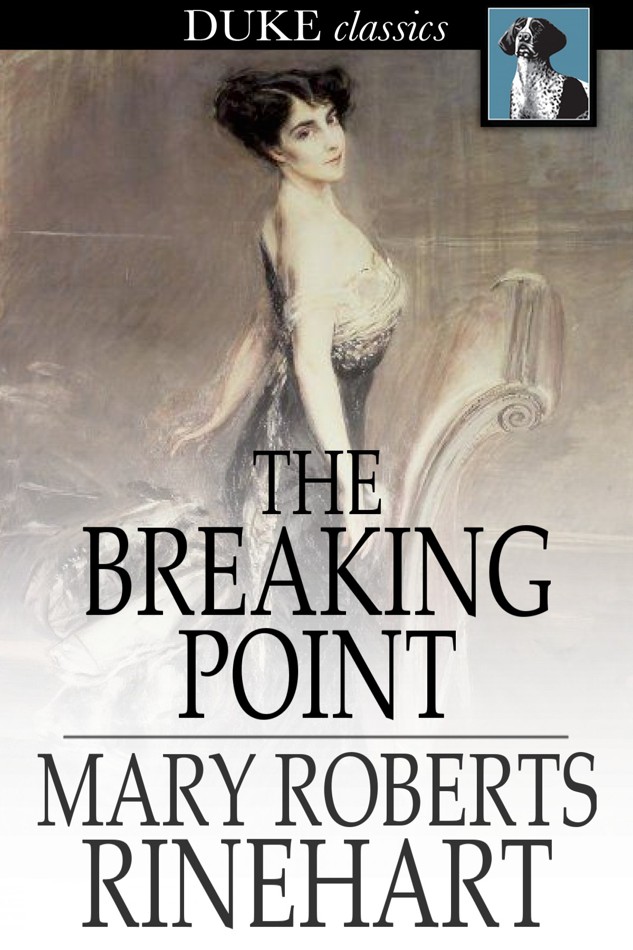 "Heaven and earth," sang the tenor, Mr. Henry Wallace, owner of the
Wallace garage. His larynx, which gave him somewhat the effect of having
swallowed a crab-apple and got it only part way down, protruded above
his low collar.

"Heaven and earth," sang the bass, Mr. Edwin Goodno, of the meat market
and the Boy Scouts. "Heaven and earth, are full—" His chin, large and
fleshy, buried itself deep; his eyes were glued on the music sheet in
his hand.

"Are full, are full, are full," sang the soprano, Clare Rossiter, of the
yellow colonial house on the Ridgely Road. She sang with her eyes turned
up, and as she reached G flat she lifted herself on her toes. "Of the
majesty, of Thy glory."

"Ready," barked the choir master. "Full now, and all together."

The choir room in the parish house resounded to the twenty voices of the
choir. The choir master at the piano kept time with his head. Earnest
and intent, they filled the building with the Festival Te Deum of Dudley
Buck, Opus 63, No. 1.

Elizabeth Wheeler liked choir practice. She liked the way in which,
after the different parts had been run through, the voices finally
blended into harmony and beauty. She liked the small sense of
achievement it gave her, and of being a part, on Sundays, of the
service. She liked the feeling, when she put on the black cassock and
white surplice and the small round velvet cap of having placed in her
locker the things of this world, such as a rose-colored hat and a blue
georgette frock, and of being stripped, as it were, for aspirations.

At such times she had vague dreams of renunciation. She saw herself
cloistered in some quiet spot, withdrawn from the world; a place where
there were long vistas of pillars and Gothic arches, after a photograph
in the living room at home, and a great organ somewhere, playing.

She would go home from church, however, clad in the rose-colored hat and
the blue georgette frock, and eat a healthy Sunday luncheon; and by two
o'clock in the afternoon, when the family slept and Jim had gone to the
country club, her dreams were quite likely to be entirely different.
Generally speaking, they had to do with love. Romantic, unclouded young
love dramatic only because it was love, and very happy.

Sometime, perhaps, some one would come and say he loved her. That was
all. That was at once the beginning and the end. Her dreams led up to
that and stopped. Not by so much as a hand clasp did they pass that
wall.

So she sat in the choir room and awaited her turn.

What appeared to the eye was a small and rather ethereal figure with
sleek brown hair and wistful eyes; nice eyes, of no particular color.
Pretty with the beauty of youth, sensitive and thoughtful, infinitely
loyal and capable of suffering and not otherwise extraordinary was
Elizabeth Wheeler in her plain wooden chair. A figure suggestive of no
drama and certainly of no tragedy, its attitude expectant and waiting,
with that alternate hope and fear which is youth at twenty, when all of
life lies ahead and every to-morrow may hold some great adventure.

Clare Rossiter walked home that night with Elizabeth. She was a tall
blonde girl, lithe and graceful, and with a calculated coquetry in her
clothes.

"Do you mind going around the block?" she asked. "By Station Street?"
There was something furtive and yet candid in her voice, and Elizabeth
glanced at her.

"Yes. I—You're so funny, Elizabeth. It's hard to talk to you. But I've
got to talk to somebody. I go around by Station Street every chance I
get."

"By Station Street? Why?"

"I should think you could guess why."

She saw that Clare desired to be questioned, and at the same time
she felt a great distaste for the threatened confidence. She loathed
arm-in-arm confidences, the indecency of dragging up and exposing, in
whispers, things that should have been buried deep in reticence. She
hesitated, and Clare slipped an arm through hers.

"You don't know, then, do you? Sometimes I think every one must know.
And I don't care. I've reached that point."

Her confession, naive and shameless, and yet somehow not without a
certain dignity, flowed on. She was mad about Doctor Dick Livingstone.
Goodness knew why, for he never looked at her. She might be the dirt
under his feet for all he knew. She trembled when she met him in the
street, and sometimes he looked past her and never saw her. She didn't
sleep well any more.

Elizabeth listened in great discomfort. She did not see in Clare's
hopeless passion the joy of the flagellant, or the self-dramatization
of a neurotic girl. She saw herself unwillingly forced to peer into
the sentimental windows of Clare's soul, and there to see Doctor Dick
Livingstone, an unconscious occupant. But she had a certain fugitive
sense of guilt, also. Formless as her dreams had been, vague and shy,
they had nevertheless centered about some one who should be tall, like
Dick Livingstone, and alternately grave, which was his professional
manner, and gay, which was his manner when it turned out to be only a
cold, and he could take a few minutes to be himself. Generally speaking,
they centered about some one who resembled Dick Livingstone, but who
did not, as did Doctor Livingstone, assume at times an air of frightful
maturity and pretend that in years gone by he had dandled her on his
knee.

"Sometimes I think he positively avoids me," Clare wailed. "There's
the house, Elizabeth. Do you mind stopping a moment? He must be in his
office now. The light's burning."

She moved on and Clare slowly followed her. The Rossiter girl's flow
of talk had suddenly stopped. She was thoughtful and impulsively
suspicious.

"Look here, Elizabeth, I believe you care for him yourself."

"I? What is the matter with you to-night, Clare?"

"I'm just thinking. Your voice was so queer."

They walked on in silence. The flow of Clare's confidences had ceased,
and her eyes were calculating and a trifle hard.

"There's a good bit of talk about him," she jerked out finally. "I
suppose you've heard it."

"What sort of talk?"

"Oh, gossip. You'll hear it. Everybody's talking about it. It's doing
him a lot of harm."

"I don't believe it," Elizabeth flared. "This town hasn't anything else
to do, and so it talks. It makes me sick."

She did not attempt to analyze the twisted motives that made Clare
belittle what she professed to love. And she did not ask what the gossip
was. Half way up Palmer Lane she turned in at the cement path between
borders of early perennials which led to the white Wheeler house. She
was flushed and angry, hating Clare for her unsolicited confidence and
her malice, hating even Haverly, that smiling, tree-shaded suburb which
"talked."

She opened the door quietly and went in. Micky, the Irish terrier, lay
asleep at the foot of the stairs, and her father's voice, reading aloud,
came pleasantly from the living room. Suddenly her sense of resentment
died. With the closing of the front door the peace of the house
enveloped her. What did it matter if, beyond that door, there were
unrequited love and petty gossip, and even tragedy? Not that she put all
that into conscious thought; she had merely a sensation of sanctuary
and peace. Here, within these four walls, were all that one should need,
love and security and quiet happiness. Walter Wheeler, pausing to turn a
page, heard her singing as she went up the stairs. In the moment of the
turning he too had a flash of content. Twenty-five years of married life
and all well; Nina married, Jim out of college, Elizabeth singing her
way up the stairs, and here by the lamp his wife quietly knitting while
he read to her. He was reading Paradise Lost: "The mind is its own
place, and in itself can make a Heaven of Hell, a Hell of Heaven."

He did a certain amount of serious reading every year.

On Sunday mornings, during the service, Elizabeth earnestly tried to
banish all worldly thoughts. In spite of this resolve, however, she was
always conscious of a certain regret that the choir seats necessitated
turning her profile to the congregation. At the age of twelve she had
decided that her nose was too short, and nothing had happened since
to change her conviction. She seldom so much as glanced at the
congregation. During her slow progress up and down the main aisle behind
the Courtney boy, who was still a soprano and who carried the great gold
cross, she always looked straight ahead. Or rather, although she was
unconscious of this, slightly up. She always looked up when she sang,
for she had commenced to take singing lessons when the piano music rack
was high above her head.

So she still lifted her eyes as she went up the aisle, and was extremely
serious over the whole thing. Because it is a solemn matter to take a
number of people who have been up to that moment engrossed in thoughts
of food or golf or servants or business, and in the twinkling of an eye,
as the prayer book said about death, turn their minds to worship.

Nevertheless, although she never looked at the pews, she was always
conscious of two of them. The one near the pulpit was the Sayres' and it
was the social calendar of the town. When Mrs. Sayre was in it, it was
the social season. One never knew when Mrs. Sayre's butler would call up
and say:

"I am speaking for Mrs. Sayre. Mrs. Sayre would like to have the
pleasure of Miss Wheeler's company on Thursday to luncheon, at
one-thirty."

When the Sayre pew was empty, the town knew, if it happened to be
winter, that the Florida or Santa Barbara season was on; or in summer
the Maine coast.

The other pew was at the back of the church. Always it had one occupant;
sometimes it had three. But the behavior of this pew was very erratic.
Sometimes an elderly and portly gentleman with white hair and fierce
eyebrows would come in when the sermon was almost over. Again, a hand
would reach through the grill behind it, and a tall young man who
had had his eyes fixed in the proper direction, but not always on
the rector, would reach for his hat, get up and slip out. On these
occasions, however, he would first identify the owner of the hand and
then bend over the one permanent occupant of the pew, a little old lady.
His speech was as Yea, yea, or Nay, nay, for he either said, "I'll be
back for dinner," or "Don't look for me until you see me."