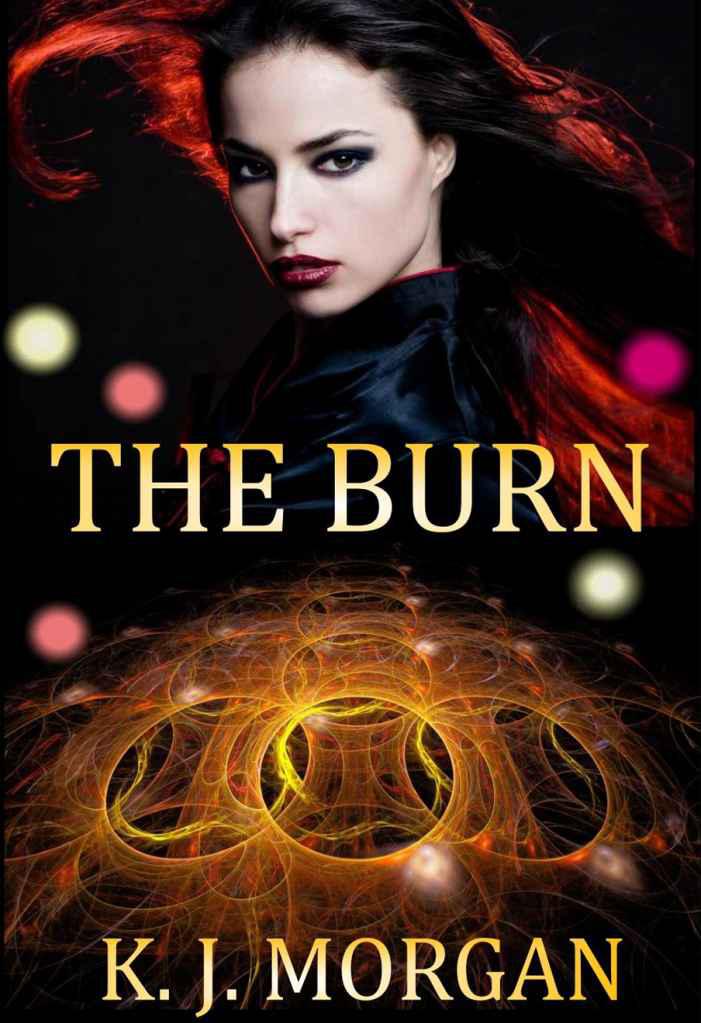 An ancient machine has appeared in the dusts of the Nevada desert, waiting to be discovered behind the neon glow of stage lighting and the hot spin of fire dancers, hidden in plain sight amid the carnival excesses of the Burning Man festival. In its dark heart, it carries the secrets of a lush and dangerous world, the truth behind a woman gone missing, and the forgotten identity of the man who will do anything to save her, even if it means sacrificing his immortal soul.

This is a work of fiction. Reference to any real persons or places is for historical and incidental context and is used fictitiously.

In Memory of Sam Rich

Passed Away on the Burning Man Playa, 2005

As always, I wish thank the two most supportive people I have ever known, Edward and Jeanne Smith, for their unwavering support through good times and bad. Also, the organizers of the Burning Man Project, who strive, every year, to create a micro-universe of artistic freedom in an often unkind world. Finally, I would like to thank Opulent Temple, Opel Productions, DJs: Syd Gris, Hoj, Dragonfly, Onna Lee, Armin Van Buuren & Benny Benassi.

I feel the need to clarify that, while
The Burn
takes place against the backdrop of the Burning Man Festival, it is not a “Burning Man Book”. The playa described in this book is fictional, as seen from the eyes of the story’s characters and colored by their often precarious, and often dramatic, conflict. I have, for the purposes of the story and its larger philosophical context, placed a very dangerous element among the Burners. This element does not exist anywhere in the real Black Rock City. What does exist is a world that crystallizes whatever you bring into it, a palpable, permeable micro-reality. I have attended the event many times and encourage all who are curious to learn more about it by visiting
BurningMan.com
and becoming a project participant.

Burning Man Project, Year of the 'Journey Within'.

A crowd of thousands. Artists.
Burners.
A dance of neon and sequins, bright masks and bared skin, a tower of flames that seemed to reach the stars, a black silhouette leading her nowhere, leading her here.

Miranda tried to focus on the figure above her. His image seemed to change, wavering like a reflection cast over dark water. She drew a ragged breath, her lips parched and cracked. It had been hours. Or days.

Blood seeped from her clothes, dripping from the tight restraints that bound her wrists. He had done this, everything, without sympathy or remorse.

She clenched her teeth, trying to remember how, what she'd missed, but the images were fading.

"I came here to stop you," she whispered.

"Those girls were innocent. You used them."

"They never understood what they were dealing with, what the 'Divine Gate' actually does."

She shook her head, tears forming in her eyes as she caught the flash of a metal blade in his hand. "I understand that it's just another way for you to satisfy your lust, for you to dominate those who trust you and take everything they have, everything they are."

S
eth tipped back the felt brim of his Stetson and relaxed on the cushions of an old couch, its worn upholstery hidden under a sheet of gold satin and beaded Indian throw pillows. Around him, the
Dirty Geisha
camp blazed with the frenetic glow of red and pink neon, its tents lit with oil drum fires and stage lighting. A dusty bar and lounge welcomed visitors with cheap kimonos hung from wire frame models, their metal rod bodies bent to form dancing poses, as if they spun to the liquid rhythm pouring through the speakers.

The patrons mingled in post-apocalyptic costumes, strips of dusty leather and skin, rhinestones and wigs, pastel fur and garters, capes and round goggles. They laughed with painted faces and jeweled eyelashes, complimented, flirted and teased like creatures toppled from the canvas of a Bosch painting.

Cecilia stood among them, her body a slip of bony arms and hips, a pair of sparkling butterfly wings attached to her shoulders with thin straps. She wore tights and boots but nothing else, her nudity intended to prove her commitment to the artistic ideal. She had wanted him to follow suit, wear only his cowboy hat to meet her playa friends, too many of them ex-lovers.

He'd attempted to appease her by going shirtless instead. Not acceptable. Not the same. Now she was ignoring him, forcing him to watch her run through her list of relationship killers, chain smoking, getting too drunk and probably a little high, and coming on to anything that moved.

It should have bothered him, and he supposed it did, on some level, but the days of trying to save Cecilia were over. Tonight, he simply watched, admiring the way she flitted from table to table, group to group, the excitement of the moment humming through her like notes on a harp's string. Every gesture was a spectacle, every excited murmur a confidence, every glance an invitation. She had never been more beautiful, her dark eyes lined in glitter, her lips glossed crimson, her flat body luminous in the pink glow, a lithe fairy floating in a warm shimmer of sound.

Cecilia reached for the teenage boy standing next to her, an emaciated kid in a kilt. She clasped onto his pale hand and pressed it to her breast, rubbing his palm against her soft nipple. He laughed. She laughed. It was a fantastic joke. Only it wasn't, and they both knew it.

She shot a look at Seth, a cold threat if ever there was one.

Enough. You win.
He leaned forward, searching for the exit.

"Metal sculptor, right?" A woman plopped herself down on the couch beside him, her face painted like a cartoon cat, shining orange and white with black whiskers. She smiled, a lazy grin, her eyelids half-closed.

It took him a moment to realize that she had asked him a question. "What?"

"Big chest, big arms, from bending steel and whatnot, but the holes give you away, that's the real way to tell."

"In your jeans, the spray of little burn holes by your boots, from those little drips of filler that come loose when you're laying down a bead, right?"

"Through galleries, for some years now."

"Right." She grinned. "Only luck doesn't sell, does it? Talent is what sells. I'm kinda in the field myself, worked in a gallery in Scottsdale, one of the hundreds." She offered her hand. "Jenna Wright."

"Oh my God!" She laughed. "I'm a huge fan. That article in the
Aesthetica
on your Clockwork series was awesome. I like the cowboy hat."

"And I
love
the tattoo." She reached out to stroke the entwined Celtic arm band drawn around his bicep. Her eyes acquired a darker meaning.

He shook his head. "Jenna—"

"So serious. This is your first Burn?"

He didn't know what to say to that, so he looked away. Across the bar, Cecilia met his gaze, her expression souring at the sight of another woman so close. She broke from her conversation with the teenager and headed directly for the couch, fit to cause a scene.

It had taken him months to realize that these were the moments she cherished the most, the opportunity to become the show, to have all eyes on her, unable to look away as she launched into a vicious and unpredictable tirade. The reality TV cameras were rolling somewhere and she was the undisputed star, but to his mind, the season was over.

"Excuse me." He pushed off the couch.

The chill of wind greeted him as he walked out under the stars. The desert was blue with moonlight, its vast, flat expanse stretching to a mountainous horizon in the distance. A broad swirl of color and music formed the borders of the Burning Man playa, its labyrinth of camps arranged over several miles, a reef of tents created for thousands of jubilant Burners.

Themed exhibitions boomed with light, featuring mazes, towers and sculptures, DJ stages and dance floors, many reflecting fully developed worlds equal to any that Jules Verne could have contrived.

There more to see, always more, but not enough left of him to see it. His 1979 Winnebago was parked somewhere beyond the far camps, waiting with a chilled bottle of water in the fridge, a warm shower and a soft bed. These were the only wonders he had left in him.

"Are you going to meet someone?" Cecilia asked.

He turned to see her standing behind him. Her tiny breasts were painted with moonlight, her hips sharp, thin shadows forming a grayed "V" between her legs. The butterfly wings sparkled at her back. She raised her hand and dragged a sharp breath through her cigarette, the flame glowing in the narrowed pools of her eyes.

She snorted, flicking ash into the wind. "You're pathetic."

"You wanted too much."

"I never asked for help."

He watched her for a moment, weighing the truth of that. Had she ever asked? No. Everything she did was a cry for help. Everything she said. But she'd never formally asked, never uttered the words. He'd done a good job of ignoring that, trusting what he felt instead of what he could see, what she'd gone to great lengths to prove. "I guess you didn't."

"Look, if you want another woman, I'll find you one. We can be with her together. I'll bet you've never done that before."

Playing the Game by JL Paul
Dexter the Tough by Margaret Peterson Haddix
Affair with the Rebel Heiress (2010) by Mckay, Emily
Shattered Palms (Lei Crime Series) by Neal, Toby
Tidal Rip by Joe Buff
El misterio del tren azul by Agatha Christie
An Alien Rescue by Gordon Mackay
A Bullet for Carlos by Giacomo Giammatteo
A Maze Me by Naomi Shihab Nye
And Night Descends (The Third Book of the Small Gods Series) by Blake, Bruce