Read The Choiring Of The Trees Online

The Choiring Of The Trees 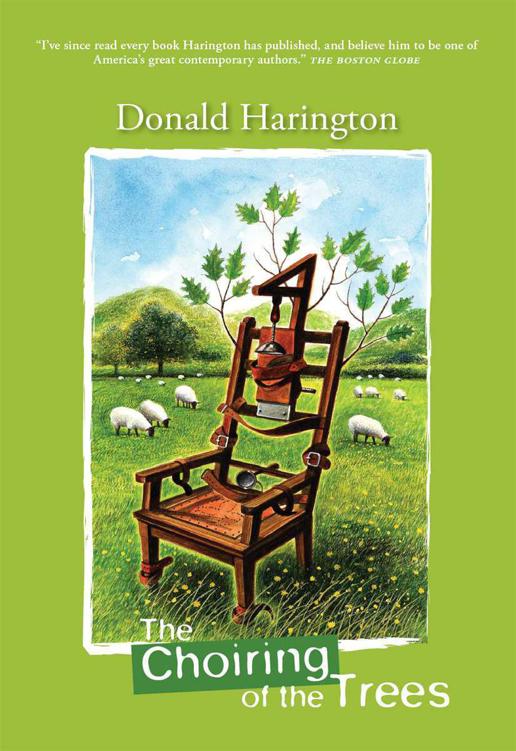 The Choiring of the Trees

The Architecture of the Arkansas Ozarks
(1975)

Thirteen Albatrosses (or, Falling off the Mountain)
(2002) 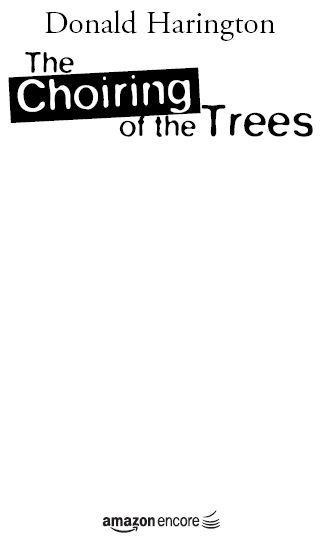 Text copyright © 1991 Donald Harington
All rights reserved.
No part of this book may be reproduced, or stored in a retrieval system, or transmitted in any form or by any means, electronic, mechanical, photocopying, recording, or otherwise, without express written permission of the publisher.

For Llewellyn Howland
III
Once a great editor; still a great friend

T
he novelist wishes to thank Bob Razer, librarian, his perennial advocate among Arkansas readers, who once upon a time invited the novelist to serve as a judge for the essay contest of the Pulaski County Historical Association, one entry to which was a biography of a courageous Arkansas woman who sought to rescue an Ozarks mountaineer condemned to the electric chair. The author of that entry (which alas did not win the contest despite the novelist’s admiration for it) was Marcia Camp, who further assisted him by furnishing the original manuscript of that Arkansas woman’s memoirs, and by suggesting that he should convert the woman from a novelist, which she was, into an artist, which she is herein.

Some of the people in this work of fiction are as “real” as the places. The governor of Arkansas during 1913–1917 was George Washington Hays, who may actually have been as bad or as good as he seems to appear here, and he was replaced in 1917 by Charles Hillman Brough, who was better. The state penitentiary at Little Rock was a place called The Walls, and conditions there were just as terrible as the novelist has attempted to depict them here.

Steve Chism offered the novelist access to numerous materials that enabled him to stick close enough to the facts to give this story the semblance of life and truth. And copy editor Douglas Woodyard took the novelist’s words and gave them syntax, style, and sense.

The mind, that ocean where each kind

Does straight its own resemblance find;

Yet it creates, transcending these,

Far other worlds, and other seas,

Annihilating all that’s made

To a green thought in a green shade.

Constable said that the superiority of the green he uses for his landscapes derives from the fact that it is composed of a multitude of different greens. What causes the lack of intensity and of life in verdure as it is painted by the common run of landscapists is that they ordinarily do it with a uniform tint. What he said about the green of the meadows can be applied to all the other shades.

A
t sundown, when they led him to the chair, Nail Chism began to understand the meaning of the name of his hometown, Stay More. Down through the years, citizens have theorized about the origin of the name, but Nail Chism had always taken it for granted: it was just a name, like you call a tree a pine: you don’t wonder if the tree’s name is a behest too, telling you to yearn or to long or something. But now it suddenly dawned on Nail that the name of the village of his birth and rearing might contain some kind of message, urging him not to go to the chair but to hang around awhile and see what the world was a-coming to.

How could he do that, in the last few yards of walking space left to him? Now they were trying to budge open the rusty iron door that led into Old Sparky’s room. The hinges needed grease, and the thing hadn’t been opened since they had cooked that colored boy, Skip, on Halloween. Fat Gabe spoke: “Chism, lean your shoulder into that. That’s the ticket, here she goes.” The iron door creaked open. The guests had already come into Old Sparky’s room from their designated door.

But there weren’t twelve of them. Nail Chism stopped thinking about the meaning of the name Stay More just long enough to squint into the dark room and take a head count. There weren’t but nine, including Fat Gabe and Short Leg, his guards, and Bobo, at the switch. The law said you were required to have twelve witnesses. Nail himself had been brought in to stand witness for Skip the colored boy, and before him for that mother-killer Clarence Smead, who sure enough had at least eleven other witnesses besides Nail.

Could this be a sign? Could it be that the presence of only nine witnesses indicated that it wouldn’t happen, that Nail would stay more? Or maybe they just hadn’t all arrived yet? Or maybe in the dark corners he’d missed one or two? Maybe they’d have to wait awhile for the others to show up, and that would be long enough for Nail to determine if they really intended to go through with it, before he made up his mind to do what he had to do, if it was clear that he wasn’t going to stay more.

What he had to do, at the last minute, if it became clear they intended to make him sit and tried to tie the straps, was take as many as he could with him. Beneath his dirty gray jacket, on a string around his neck, hidden by his jacket collar being buttoned, was the blade: a common steel table knife purloined two weeks ago from the mess hall, and then slowly sharpened on the concrete floor, hour upon hour, silently, until it was pointed like a dagger and razor-sharp on both sides. He was going to get Fat Gabe first, then Short Leg, and then take their guns out of their holsters and shoot the rest of the witnesses. He was going to save Bobo for last, right after shooting the warden. He wanted to watch Bobo sweat. He wanted to be sure that Bobo was sober enough to understand what was happening to him, and then he would make Bobo sit down in the chair and get a few low-voltage jolts of his own medicine. He would make Bobo learn a few things before he died.

Jimmie Mac the preacher stepped up to him and said, “Brother Chism, have you managed to say any prayers?” Jimmie Mac’s breath frosted like smoke in the cold air. Nail shook his head and wondered in what order of execution he would have to kill Jimmie Mac. Maybe right before the warden. Right after he did the lady.

The lady, wrapped in a double-breasted melton coat but wearing a simple hat without feathers or anything fancy, wasn’t supposed to be there. The law said you got twelve witnesses, and all twelve had to be men. You couldn’t invite your mother or your sister or your girlfriend. It wasn’t decent to make a woman sit through such a thing, to make her hear the hollering and the sizzling, to make her watch the twisting and jerking, to make her smell the awful stink of roasting flesh. It was sure to make her puke, or swoon, or both.

But this lady worked for the newspaper. She had sat beside Nail when they watched Skip get it, and when Nail himself had screamed at Bobo, “Goddamn you, Bobo, turn up the juice and leave it on!” she had put a hand gently on his arm to calm him down. The hand she had rested on his arm held a drawing-stick, a charcoal pencil she’d been using to make a sketch of the black boy, and in resting her hand on his arm she’d accidentally left a mark of charcoal on the back of his hand, and he had worn that mark for days and days before washing it off, as a reminder of what he’d watched, and what she’d done. She was a cool customer. Probably she wasn’t even a lady. She probably cussed and drank and even smoked cigarettes when nobody was looking. Her red hair wasn’t as long as a lady’s hair ought to be. She drew good pictures, and Nail had never even heard of a lady artist. Maybe he would shoot her between the warden and Bobo.

The warden, Mr. Burdell, stepped up beside Jimmie Mac and said, “Okay, McPhee, you can say a short prayer for him.”

“Skip the prayer, then,” Mr. Burdell said, and turned to Nail. “Chism, you got any last words?”

“Yessir, I do,” Nail said. “How come there aint but nine witnesses?”

Mr. Burdell looked around the room, moving his lips and his index finger as he counted. He spoke the last two aloud: “…eight…nine…” He hesitated, then grinned. “Ten, counting you, Chism. Aint you gonna witness this yourself? And if you want to count Ole Sparky hisself, there, that makes eleven.” Fat Gabe and Short Leg laughed at their boss’s wit.

Bedeviled Angel by Annette Blair
Shivaree by J. D. Horn
After the Kiss by Karen Ranney
Creeptych by John Everson
More Than a Duke (Heart of a Duke Book 2) by Christi Caldwell
The Wrangler's Mail Order Bride by Cindy Caldwell
Shadow's End (Light & Shadow) by Katson, Moira
Best Women's Erotica 2011 by Violet Blue
The Stewards of Reed, Volume 1: The Rise of Fallon by Wark, RM
The Waking by Mann, H. M.