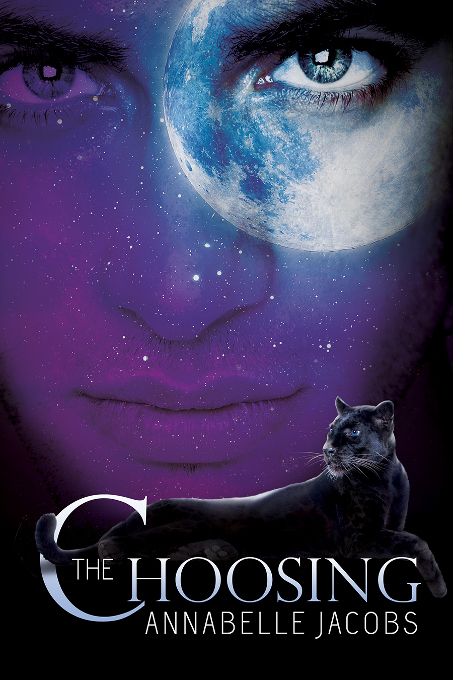 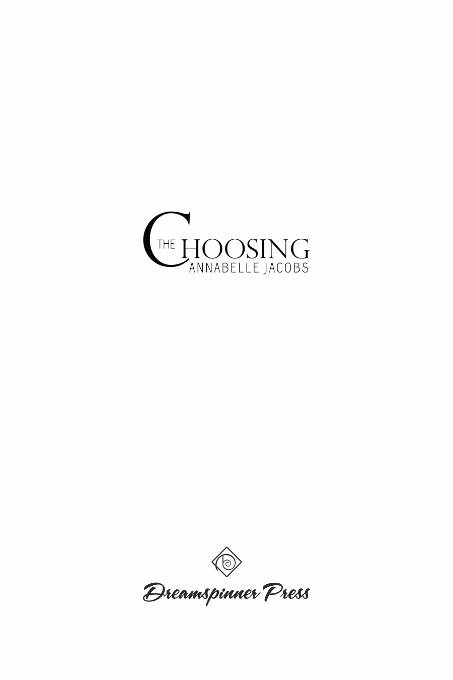 This is a work of fiction. Names, characters, places, and incidents either are the product of author imagination or are used fictitiously, and any resemblance to actual persons, living or dead, business establishments, events, or locales is entirely coincidental.

Cover content is for illustrative purposes only and any person depicted on the cover is a model.

All rights reserved. This book is licensed to the original purchaser only. Duplication or distribution via any means is illegal and a violation of international copyright law, subject to criminal prosecution and upon conviction, fines, and/or imprisonment. Any eBook format cannot be legally loaned or given to others. No part of this book may be reproduced or transmitted in any form or by any means, electronic or mechanical, including photocopying, recording, or by any information storage and retrieval system, without the written permission of the Publisher, except where permitted by law. To request permission and all other inquiries, contact Dreamspinner Press, 5032 Capital Circle SW, Suite 2, PMB# 279, Tallahassee, FL 32305-7886, USA, or http://www.dreamspinnerpress.com/.

The village of Eladir lies deep in the forest of Arradil.

The people of the forest villages follow the old ways,

and when a boy comes of age, he must go through the Choosing.

I
T
’
S
almost dusk. Jerath should be on his way home for supper, but the note he received earlier has him sneaking out behind the back of the barns. The three large wooden buildings sit at the edge of the village, and at this time of night there aren’t many people around. Which is why Jerath is here.

“Jerath….” There’s a hushed whisper from the dark shadows. “Over here.”

Jerath squints in the dim light of the early evening, and can just about make out the figure leaning against the side of the barn. He smiles and feels the anticipation coil deep in his belly. “Hey, Balent.” Jerath walks toward him, and strong hands reach out and grip Jerath’s hips as he gets within touching distance.

“You’re late,” Balent whispers against the sensitive skin of Jerath’s neck. “I thought you weren’t coming.” His breath is hot, and Jerath shudders as it washes over him. They’ve met here a couple of times already this month. Jerath was surprised when Balent first approached him—since Balent will be going through his Choosing this full moon—but he wasn’t going to turn down the chance to fool around a little. His options are somewhat limited in Eladir.

“Caleb gave me extra chores to do, because Kyr went home sick,” Jerath answers, and Balent grunts in acknowledgement. It’s not the first time Kyr has claimed to be unwell to get out of doing his work. Jerath closes his eyes, refusing to let the anger get the better of him again. Instead he focuses on the feel of Balent’s tongue as it licks just behind his ear. “But I’m here now.”

“Yeah, you are.” Balent pulls Jerath closer still until they’re flush against each other, their bodies touching from thigh to shoulder. Jerath feels the hard length of Balent’s cock as it presses into his stomach, and he can’t help but shift a little so his own hardness rubs alongside it.

“
Fuck
, Jerath.” Balent draws back just a little and takes Jerath’s face in both his hands. He gently tilts Jerath’s head to the side and kisses him. It starts off soft and gentle. Jerath lets Balent explore his mouth, opening up to let him lick and nip his way inside until Jerath is moaning softly and clutching at Balent’s shirt.

“I don’t have long,” Balent mutters, and he spins them around so that Jerath’s back is up against the rough wood of the barn.

Jerath bites his lip, trying to keep quiet as Balent tugs on his breeches until they’re halfway down his thighs. Then Balent shoves his own out of the way, and Jerath barely manages to stifle his gasp as they brush against each other—skin on skin. Balent reaches between them, fumbling a little until he gets his hand around both of them and starts to stroke up and down.

It’s a little dry and neither of them is that experienced, but Balent’s hand is warm and firm and it feels so good. Jerath grips Balent’s shoulders and holds on tight as he feels the familiar tightening in his stomach. “Balent….” Jerath pushes into Balent’s hand, arching away from the side of the barn as he stills and shudders his way through his release.

Balent buries his face in Jerath’s shoulder and follows him a few seconds later.

Jerath takes a moment or two to catch his breath, glancing down at the sticky mess between them. He grins up at Balent, who just smirks and bends down to wipe his hands on the grass.

“Nice.” Jerath blushes a little at the casual way Balent cleans himself up, and rushes to get his breeches back up so he’s no longer exposed.

Jerath slides down the wood of the barn and sits on the ground, arms resting idly on his drawn-up knees. He looks over at Balent when he flops down beside him and notices the slightly sad look on his face.

“This is the last time, isn’t it?” Jerath asks. He’s not at all surprised when Balent nods.

“Yeah.” Balent looks out into the fading light and sighs. “My Choosing is in two days, Jerath. After that, I’m going to look for my mate.”

He doesn’t say it, but Jerath knows he means his
female
mate. “I hope you find a match,” Jerath answers, and he means it. He likes Balent well enough, but he knows that this was never serious. “Are you worried about the ritual?”

Balent cocks his head to the side and looks a little confused. “What do you mean?”

Jerath’s cheeks heat up again and he mumbles out a “
You know
….” and gestures between them.

Balent laughs as he suddenly gets what Jerath means. “No. I like girls well enough, Jerath.” He stands up and shakes the dirt out of his clothes. “I’m looking forward to it.” He holds out a hand to help Jerath up from the ground.

“Well, good luck,” Jerath says awkwardly. He doesn’t really know how he’s supposed to act now that they won’t be doing this again.

“Thanks.” Balent smiles and leans in and places a soft, chaste kiss on Jerath’s lips. “Take care, Jerath.” He smiles again, then turns and disappears around the side of the barn.

Jerath rests back against the wood, enjoying the silence for a few moments more before heading back home. He breathes in the cool night air and tries not to be too envious of Balent and his easy acceptance of the Choosing.

“Serim!” Kinis chastises her daughter. “Are you even listening?”

Jerath nudges Serim hard in her ribs and forces her to look away from the window, where they’ve been watching the boys fighting over by the woods. Serim glares at Jerath before tossing her long, dark hair over her shoulder and turning to face her mother. “Yes, of course. It’s just….”

“You’ve told me all this before,” Serim says, and rolls her eyes. “I don’t see why I need to be told it again.” She glances back out the window and watches the shirtless boys tear around and laugh as they wrestle each other to the ground. Jerath sniggers behind his hand as he notices Serim’s eyes pick out a certain lithe body and familiar dark hair. She smiles as the boy in question slips in the mud and ends up flat on his back.

“He’s a terrible fighter,” Jerath whispers. They watch a little longer until a loud cough behind them makes them jump. They both turn around again to find Serim’s mother staring at them with a slightly worried look on her face.

“I’m telling you again, Serim.” Kinis walks toward her daughter and takes her hand. “Because you’re eighteen now and this is the first time that you’ll be eligible for the Choosing.” She looks at Jerath as if to say, “Tell her, Jerath,” but he ducks his head and keeps quiet. This particular ritual is a sore point for Jerath, and he tries to avoid talking about it at all costs.

Serim pulls her hand back, and Jerath sympathizes, he really does; it’s not as if anyone will let her forget. He knows from painful experience that it’s all the girls talk about when the full moon approaches. They watch and whisper to see which boys, if any, have come into their fangs. If there are no boys of age by the eve of the full moon, then there is no need to perform the ritual. This is the first Choosing to happen in over three months, so everyone is overly excited.

Jerath sighs and runs his tongue over his still-normal teeth and doesn’t know whether to be upset or thankful that his have yet to appear. Serim catches his movement and reaches out to squeeze his fingers. She knows all his secrets, and Jerath thinks again how lucky he is to have her as a friend.

Serim’s mother is still watching her expectantly. Jerath knows there’s only one boy Serim’s interested in, and as far as he’s aware, this particular boy has yet to come of age. He squeezes her hand in return, giving her a subtle shake of his head when her eyes flicker toward the window again. It won’t do any good to make her mother overly suspicious.

“Yes. I’m well aware of that, Mother,” Serim replies, and Jerath hears the resignation in her voice.

“I want to make sure you know what’s expected… just in case.”

Jerath closes his eyes and waits for what he knows is coming. He listens to Serim sigh before she begins to recite the oldest of the forest laws. “When the moon is full, each and every boy who is of age shall choose a willing female. If the boy is deemed worthy, together they will consummate their union and invoke the spirits of the forest to bless the boy with their magic. Only then will his animal form be revealed.”