Read The Cult of Kronos Online

The Cult of Kronos 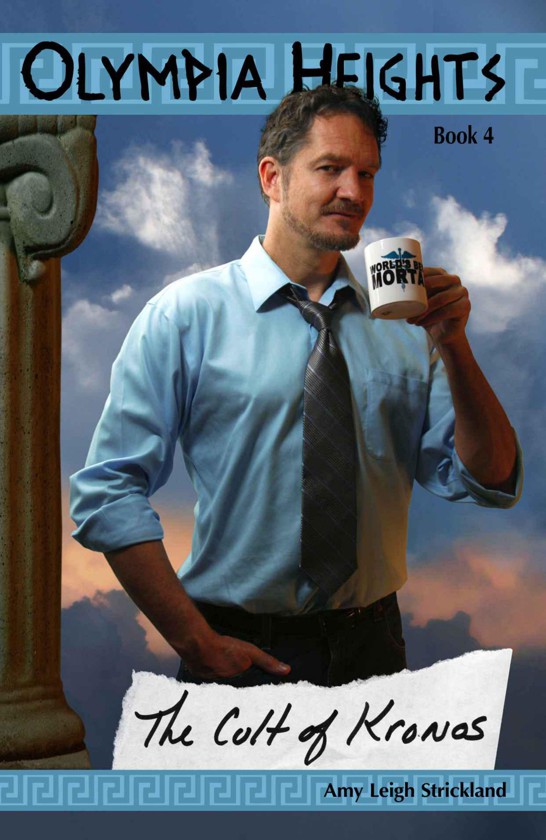 The Cult of Kronos

All
rights reserved. In accordance with the U.S. Copyright Act of 1976,
the duplication, uploading, and electronic sharing of any part of
this book without permission of the publisher constitute unlawful
piracy and theft of intellectual property. Only small excerpts may be
quoted for review purposes. For further questions, please contact the
publisher at
[email protected]

To you who have written to
tell me how much you love this series. Thank you.

“
We
must free ourselves of the hope that the sea will ever rest. We must
learn to sail in high winds.
”

“
You rely on force: but it
is not force that governs human affairs.”

After intimidating his way
across

the black and gleaming Styx
by Charon's ferry,

and asked for the Queen.

He had come to rescue lady
Alcestis

Who had died to help
prolong her husband's life.

Hades was moved by the tale
of sacrifice

and struck a bargain.

He could not allow a soul
to freely leave.

Orpheus had paid for his
wife with a song.

So Hades challenged the
hero to a match:

Hades knew he could not
beat Herakles in

an honest and fair contest
of pure muscle.

So when the hero pinned the
god to end it,

“
Call no man happy till he
is dead.”

Peter Hadley stood at the
bottom of a long shaft. It was smoothly worn into miles of limestone
and ended on a wet clay floor. He looked up towards the mouth of the
cave, but at this distance, it appeared as nothing more than a
speck—a tiny star. His lanky, underfed frame felt at ease for the
first time in his life. There were no throbbing bruises, no aching
and cold feet, and no gnawing sensations of hunger deep in his belly.
There was no pain. He felt light.

Ahead of him was a floor of
greenish-gray clay, and eventually, after a hundred yards or so, it
gave way to fields of tall blue grass and a river. The grass did not
move. There was no wind. The river, vast and black, was lined with
shapes. They were moving, translucent figures. As Peter walked
closer, resigned to the fact that he would not be able to scale the
slick walls to return to the entrance of the tunnel, he realized that
the moving shapes were people. They were souls.

They were packed so closely
together, their forms overlapping, that it was hard to tell exactly
what they looked like. Here and there a taller figure stuck out of
the mix: a monk with the top of his head shaved, a skinny punk with a
spiked mohawk, a woman with a braid wrapped around her head. Towards
the edges, furthest from the shore, the figures were contemporary,
dressed in suits and sun dresses. Peter assumed they were the clothes
these people had been buried in.

They moved slowly, shuffling
rather than walking, their eyes forever fixed on the opposite shore.
Their bodies, gently glowing, were one of the only sources of light,
save for a few torches lit with blue flames stabbed into the mud
along the shore. They did not speak, but they sighed. They stood one
on top of the other, occupying the same space, but they did not dare
touch the river. No matter how many of these translucent bodies stood
in one place, then never disturbed the water.

A man in a military uniform
clutched a rosary to his chest with both hands. He shuffled forward,
phasing through an elderly woman in a floral dress. Others came from
the tunnel behind him, slowly approaching the shore with patient
footsteps. Peter saw, through the glowing cloud of bodies (thousands
upon thousands, stretched for miles in each direction) a small boat
parked on the shore. In the boat stood a man, more solid than the
millions lining the shore. Peter reached out to touch the soldier,
meaning to politely push him aside so that he could approach the man
on the boat. His hand slipped through the soldier’s back and
through the back of the elderly woman that he was passing through.
Peter’s solid fingers could not grasp them.

Peter put up his hand to test
the idea that he could walk right through the throng of souls. He
kept his hands in front of him as he walked, not meeting a solid form
for at least a hundred yards as he approached the shore.

He stopped at the river,
looking down at the unnatural black water. It rippled gently, like
liquid hematite lapping at the shore. Peter tapped the toe of his
sneaker against the water. It rippled and then fell still. He knelt
down and touched his fingertip against its surface. A great roaring
filled his ears, and he looked up in time to see a black tidal wave
rise and come crashing towards him. He was thrown back, flung away
from the shore, and the souls that stood there with him were also
knocked away from the water’s edge. When the tide receded, Peter
was left on his back, laying among a sea of prostrate souls, all
writhing like fish in a net. The water tumbled back towards the
river, rolling off of his skin and clothes and leaving him bone dry.

Peter climbed to his feet and
checked himself for injuries. The thrift-store suit he wore was
intact, though the black tie was slightly askew. A low chuckle rose
from the silence. The clay ceiling to the titanic cavern was hundreds
of feet above them, but still the voice echoed. Peter looked at the
man on the boat. He was naked, save for a red cloth that covered his
waist. His beard was white and wild but cut so that it went no lower
than his shoulders. In his beard were gold and silver beads that
adorned the ends of thin braids. His whole body, strong and lean,
quaked as his laughter grew. He looked different than the spirits on
the shore. He was alive, or at least as alive as Peter was. Which was
dead.

“
M’Lord,” he said,
coughing as he tried to regain control. “The Styx lets no man pass,
alive or dead or otherwise.”

“
What about these people?”
Peter asked. He approached the shore. The man held out his hand for
Peter to help him climb into the long, narrow boat without touching
the water.

Peter looked over the edge of
the boat and saw his reflection in the rippling black surface. He
tensed in surprise as he saw that his face was not that of a lean
teenage boy, but older and bearded. The black eyes were still the
same, however. “I’ve changed.”

Peter touched the tight black
curls on his face and stared back at his shivering reflection. When
had it changed? The boat began to move. “I was a boy.” He watched
in the river as his face changed. The beard shrank away and his face
sank into sharp, hungry features. “This, this is my face.”

“
Are they not both your
face, my Lord?”

The beard returned and Peter
looked back at the ferryman, who used a long pole to propel the boat
across the river. “I suppose so,” Peter said. “Charon. Your
name is Charon.”

“
I remember a lot of
things.” Peter looked down at his hands. As he watched, they grew
from the long, tapered fingers of Peter Hadley. They became larger
with rough pads. His arms, once lean and bony, swelled until they
were built with muscle as solid as granite. Even his clothes changed.
He found himself wearing a robe made out of fabric blacker than space
and a mantle on his shoulders of equally black fur. His sneakers were
gone; now he wore sandals. He felt stronger, too, like the frail form
of Peter Hadley had always been an act. “I’m not dead.”

“
It will be good to have you
back,” Charon said. “The shore is a mess and the guards in
Tartarus are becoming lazy.”

“
The people on the shore,”
Peter said. “They cannot pass without a coin?”

“
The fare has always been
one gold coin. For some reason, they aren’t burying the dead with
them anymore. It shows a horrible lack of respect for their elders.”

“
Yeah…” Peter scratched
his chin, still surprised to find it bearded. “They don’t do that
anymore. Does it have to be a coin?”

“
You set the price. Someone
has to pay me.”

Charon thought about that for
a moment, giving a great push with the pole and pausing as the boat
glided along the water and then slowed to a stop. “I suppose I
could.”

When the boat touched the
opposite shore, Peter—Hades stepped off, careful not to let his
exposed toes touch the dark water. Ahead of him was a gray clay wall
and set into that, a great onyx gateway. Peter knew the way from
here. The layout of the whole realm was collecting in his mind like a
remembered dream.

Hades nodded and continued on,
into the land of the dead.

“
Cowards do not count in
battle; they are there, but not in it.”

One hundred gigantes were
spawned from the droplets

of Uranos' blood that fell
to the ground,

and during the war between
Zeus and Kronos,

they fought as Titans.

Not one of the Olympians
sat out of

the rebellion against
fearsome Kronos.

Even Demeter, her domain
fields of grain,

took up a weapon.

With a torch in one hand, a
spear another,

she fought back the
monsters with tails of serpents,

and when the fight had
ceased with Olympus won,

she had played her part.