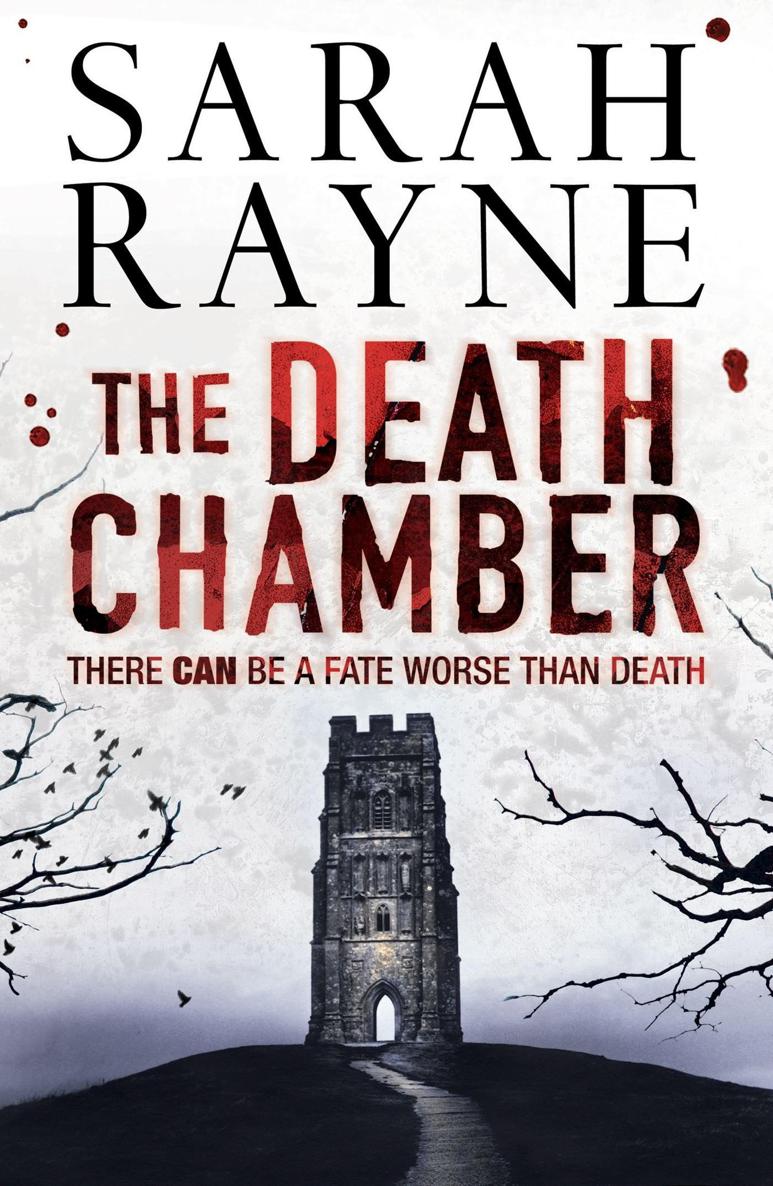 This book is copyright under the Berne Convention.
No reproduction without permission.
® and © 1997 Simon & Schuster Inc. All rights reserved.
Pocket Books & Design is a registered trademark of Simon & Schuster, Inc.

The right of Sarah Rayne to be identified as author of this work has been asserted in accordance with sections 77 and 78 of the Copyright, Designs and Patents Act, 1988.

This book is a work of fiction. Names, characters, places and incidents are either a product of the author’s imagination or are used fictitiously. Any resemblance to
actual people, living or dead, events or locales, is entirely coincidental.

Research for this book has necessarily been very varied. However, I do wish to record my thanks to the following people, who very generously helped me to establish the accuracy
of certain facts.

Stewart McLaughlin, whose book,
Execution Suite
, has been of great help.

Georgina read the letter a second time – and then a third – because it was so extraordinary there was a strong possibility she had misunderstood it. The heading was
impressive. In ornate lettering, it announced itself as being, ‘The Caradoc Society for the pursuit of knowledge of psychic phenomena and the paranormal. Founded 1917.’

I am asked by the trustees of the Caradoc Society to enquire if you might be able to help us with the disposal of the Society’s assets.

This was the first astonishing statement, although to someone who had spent the last ten days trying to count up the damage wrought by a cheating business partner, the word ‘assets’
struck an optimistic note. The fact that the business partner had not only absconded with most of the money but had taken David with her was not making Georgina’s task any easier.

The writer of the letter went on to explain, with careful politeness, that it had recently been decided to bring the Society and its activities to an end. Georgina thought the wording suggested
this was a decision taken voluntarily, which was cheering to someone who had just been made abruptly and comprehensively broke.

As you will know, the generous bequest in 1940 from your great-grandfather, Dr Walter Kane, enabled the Society to buy its present headquarters – Caradoc House.
Unfortunately the house must now be sold and the greater part of the proceeds used to pay off our debts. However, we are told there should be a little money left over, and the Society’s
solicitor believes that any credit balance can legally be passed to Dr Kane’s descendants. The Society’s bankers also feel this to be reasonable.

However, just to strengthen this decision, it would be helpful if you, and any other direct descendants of Dr Kane could provide family papers – perhaps letters written by Dr Kane
around the time he created the Trust. We have a few documents which came to us on his death, which we shall, of course, pass on to you.

I look forward to hearing from you, and if you felt you could travel to Thornbeck to bring any appropriate papers to us, we would be very pleased to see you. The King’s Head has quite
pleasant accommodation, or we have a tiny flatlet in Caradoc House itself which in the past we have used for visiting speakers. You would be most welcome to make use of that as our guest.

Clearly Vincent N. Meade assumed Georgina knew all about great-grandfather Walter Kane’s bequest, but this was the first she had heard of it. She did not really know much about Walter at
all, except that he had been a prison doctor in Cumbria in the 1930s and had apparently abandoned his wife and small daughter to live abroad. A bequest to a society dedicated to psychic research
was intriguingly at odds with the image of a prison doctor.

Georgina had no clear idea what kind of evidence would substantiate her claim to any leftover moneys from the Thornbeck set up: ordinary proof of identity would surely be enough on its own. But
the possession of letters from or to Walter might be a useful addition, in the way that correspondence about paintings or porcelain were useful in creating a provenance. It was just possible there
might be something in the bundle of family photographs which had been stored in the attic since Georgina’s parents died nearly ten years ago. She pulled on an old tracksuit and skewered her
hair on top of her head with a clip before climbing up there. It was cramped and awkward in the attic and stiflingly hot. It was unexpectedly good to realize there was no likelihood of David coming
in and making disparaging remarks: ‘Goodness, George, you
have
made a fright of yourself, haven’t you?’ or frowning at dispossessed spiders that had scuttled angrily down
into the flat.

There weren’t any photos of Walter in the suitcase, which was annoying because Georgina was getting interested in him and would have liked to know what he had looked like. Had he had the
family grey eyes and lightish brown hair?

There were several tattered medical articles – none of which had been written by Walter – and some faded postcards sent from unidentifiable people and places, but these would not be
the kind of thing Vincent N. or the Caradoc Society solicitor wanted. Was there anything else? She picked out a handwritten letter dated September 1940, and felt a wholly illogical thump of
pleasurable anticipation at seeing the words in graceful handwriting, ‘My dear Walter’ at the head.

The letter had a Thornbeck address, and was signed by Lewis Caradoc.

I am glad to know you are still safe. Up here, we are managing to dodge the bombing, in fact we are very free of raids, although I cannot dissuade my wife from making her
regular visits to London. Even after so many years she is still searching for people to replace that infamous pair of tricksters in Finchley, but I never question her activities, just as she
never questions mine. Are you smiling that narrow-eyed smile as you read that, my dear Walter?

My very warmest regards to you, my dear boy. Try to remain safe if you can – after all we went through together I should be devastated to lose you. I was very interested to hear you
have invited a young nurse to dinner on your forthcoming leave – are you going to succumb to romance at last? I hope so, and I look forward to hearing more. The Berkeley Grill was as good
as ever the last time I was there, but if you do decide on the Hungaria, mention my name to Luigi, and I’m sure he will find you a decent table.

Georgina rather liked the sound of Lewis Caradoc who had been known at the Berkeley Grill and the Hungaria and had made that dry remark about his activities not being questioned by his wife. Who
had the Finchley tricksters been? And had it been her own great-grandmother Walter had been taking to dinner? The dates would be about right.

She thought she would telephone Vincent N. Meade to explain about this letter, and ask if it would be of use. It was a pity it did not provide any clues about why Walter had left money to
psychic research, though. Might there be answers in Thornbeck itself? If Georgina went there, would she find them? More to the point, could she afford to go there?

‘Just about,’ said Georgina’s accountant, who was trying to tow her out of this financial crisis, ‘but you’re running dangerously low.’

‘What about this place?’ She cast a sharp professional eye over the small Chelsea shop, the lease of which had cost Georgina everything she owned and a bit more besides because
freeholders in London demanded your life blood like Dracula, if not your soul, as a down payment like Faust. ‘From the look of it you won’t be able to afford to keep it on by
yourself.’

The World According to Humphrey by Betty G. Birney
Walter & Me by Eddie Payton, Paul Brown, Craig Wiley
Help! A Bear Is Eating Me! by Mykle Hansen
Over The Sea by Sherwood Smith
The Zom Diary by Austin, Eddie
Conan the Rebel by Poul Anderson
Tournament of Losers by Megan Derr
The Scared Stiff by Donald E Westlake
Fallen Angel by Struecker, Jeff
Sweet Release by Pamela Clare