Read The Devil Incarnate (The Devil of Ponong series #2) Online

The Devil Incarnate (The Devil of Ponong series #2) 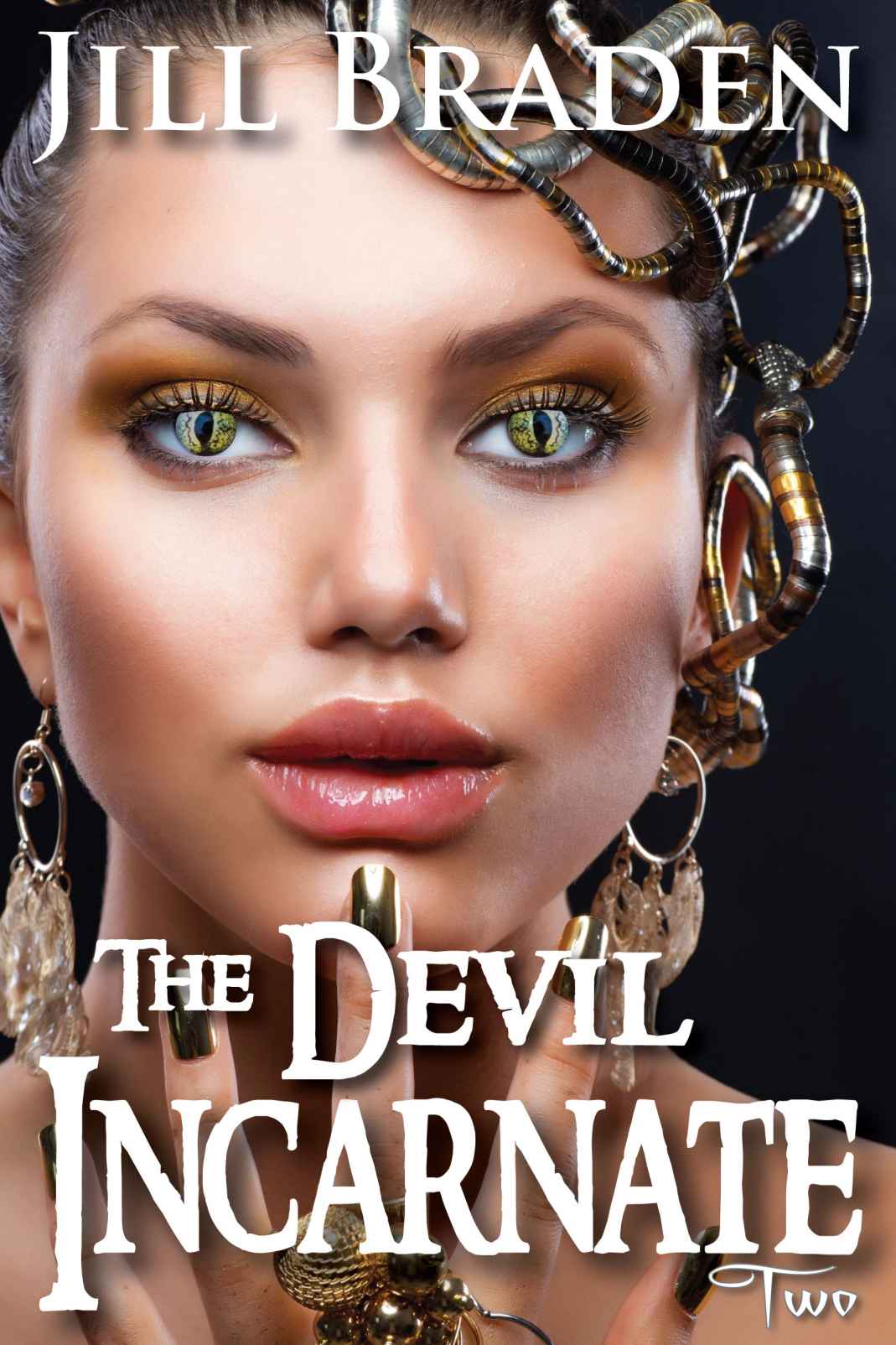 All rights reserved. No part of this
publication may be reproduced, stored in or introduced into a retrieval system,
or transmitted, in any form, or by any means (electronic, mechanical,
photocopying, recording, or otherwise) without the prior written permission of
the copyright owner.

Published in the United States by
Wayzgoose Press.

Maps by Will Mitchell.

This is a work of fiction. Names,
characters, places, brands, media, and incidents are either the product of the
author’s imagination or are used fictitiously.

Maps of The Sea of
Erykoli and The Island of Ponong

Chapter 12: The
Return of QuiTai

Chapter 19: The
Stakes of the Game

Chapter 21: The Hero
of Levapur

Maps of The Sea of Erykoli and The
Island of Ponong

He’d killed her family. He’d eaten her daughter. And he’d
tried to kill her too. Three days wasn’t nearly long enough for him to suffer,
but it would have to do.

Her arms, legs, stomach, and face were raw where she’d
scratched at imaginary ants that crawled over her skin on millions of tiny,
prickling feet. She hadn’t been taught how to shield her mind from the empathic
connection with Petrof through her venom. Some would call it sacrilege to try.
The goddess Hunt decreed that the Ponongese should feel their prey’s suffering,
so they’d deliver a quick, merciful death, but QuiTai had enjoyed sharing every
moment of Petrof’s horror and descent into madness as the jungle consumed him.

Now that her mind was free of him, she had business to attend
to. The first step was to get out of bed. Her thick, wavy black hair had come
undone from its traditional braid, and every wrinkle in her sarong reminded her
of how sour her skin was, but the steady drum of monsoon rain against the
shack’s tin roof made her want to pull the sheet over her head and drift back
into sleep.

The inland shack she’d withdrawn to was smaller than Kyam
Zul’s apartment, too small to divide into rooms. The shack’s only bed was a low,
wide cot of woven leather strips. The thin bedroll she’d put on top of it
hadn’t done much to smooth out the lumps. Days before, she’d told Kyam that her
bed had countless pillows, each as comfortable as a lover’s lap. There was a
bed like that waiting for her, but not on Ponong. She’d have to travel through
the mouth of the underworld to reach her hidden estate on the tiny island of
Quinong to reach it. The vision of soft sheets tempted her, but she knew there
was far too much for her to do in Levapur to run away now.

She forced herself
to sit up. Her first step on the bare dirt floor made her wince. The infected
werewolf bite on her ankle oozed pus. If she’d been in her right mind the past
few days, she would have gathered herbs and cleaned the wound properly. Now it
was going to be much harder to heal. Although the weather was soul-sappingly
hot, she suspected the dull ache in her bones was the start of a fever.

Each step sent sharp pains up her leg as she hobbled across
the room. Three low stools sat around the cooking pit, but she forced herself
to stand as she lifted the small iron teapot onto the hook and swung it over
the remains of the fire. The fire looked as if it had died, but as she stirred
it, bright orange embers glowed in the downy white ashes. She added a small log
and a handful of dry leaves. The kindling flamed too quickly to light the log,
but the embers she’d banked against it would eventually catch.

There were signs around the shack that hunters had used the
remote shelter despite the green symbols painted around the doorway. They
hadn’t touched her emergency food and water, though. Taboos against violating
the trust of communal shelters were stronger inland than they were near
Levapur.

While she waited for
the water to heat, she went to the doorway and leaned against the threshold.
There were no wood screens over the windows. Rain blown inside by gusts of wind
turned the dirt floor to mud in places. She combed through her knee-length hair
and braided it, even though she planned to hobble to the nearby stream and
bathe as soon as she had the strength. She didn’t consider herself a beautiful
woman – not even particularly alluring, despite the many lovers who
spouted such nonsense words during their love-making – but she had her
vanities. She’d never risk being seen with her hair down as if she were a
child, even in this remote place. And she most certainly wouldn’t let anyone
see her in a wrinkled, filthy sarong.

The shack sat on the north face of Ponong’s mother mountain.
According to legend, at night the bioluminescent jellyfish floating in
mountain’s caldera lake cast green light to the stars, but she’d never seen it.

Curious birds with orange heads and bright green breasts
watched her from nearby trees, their heads swiveling constantly. From the
tracks in the mud and piles of little round black droppings, she guessed a herd
of the diminutive island goats had passed this way only a few days before.
Perhaps the hunters had been after them, but there was no sign of a kill.

Through a break in the trees, QuiTai looked down into the
valley. The wide, shallow river winding between the steep mountain slopes was
as gray as the sky. Sheets of rain pocked the surface of the water. She’d seen
children play in the river before and knew of two small villages along its
banks, but there wasn’t a human to be seen there this morning.

Her gaze moved to the smaller mountain across the valley.
Agricultural terraces like bands of malachite carved laboriously into the
mountain’s rock face reached all the way to the peak. The villagers working in
the rice paddies would have blended into the scenery if it hadn’t been for the
pale yellow of their woven hats.

It was a good thing
the Thampurians rarely set foot across the Jupoli Gorge Bridge, although they
claimed to control the entire Ponong Archipelago. Some day, when they grew
brave – or greedier – they might dare to explore the island and
discover these and many other forbidden farms. If they thought Levapur was hot
and humid, they’d melt in the interior valleys, but the Ponongese couldn’t
rely on that to keep the Thampurians from
stealing the food from their mouths.

She wished nature
had provided other deep water routes through the archipelago besides the Ponong
Fangs, which separated the island of Ponong from a much smaller island. Or
maybe if there hadn’t been a natural harbor on the sheltered side of the
island, the Thampurians would have left the Ponongese alone. She’d often heard
her grandmother ask their gods, “Why us? Why not some other people?”

Gifts from the gods
always came with a price.

The whistle of the tea kettle roused her from her thoughts.
Although she knew she should drink tiuhon tea to help fight the fever rising in
her blood, she chose pale leaves that smelled like fresh grass and sunlight.
While it steeped, she went back to the doorway.

Could she be content now that Petrof was dead? Vengeance had
robbed her of too much time already. It had made her do unforgivable things.
She wanted to let it go, to find peace and move on with her life, but she knew
she couldn’t. Once people figured out that Petrof was dead and she was still
alive, the men who’d hired him to kill her might seek another assassin. She
would be foolish to give them the chance. Despite how weary she was of killing,
it came down to them or her, and she definitely chose herself.

Taking inventory of her situation, she put into the negative
column an ankle that had to be tended to and a colonial militia that would
gladly hang her on sight. On the plus side, she was the Devil now. Better than
that, she was QuiTai. If there was one thing she excelled at, it was gathering
information and digging for the truth. The men who’d hired Petrof didn’t stand
a chance against her.

She blew a gentle breath over the surface of her tea. Before
she tasted it, she glanced at the tin in which it had been stored.

“Maybe the people
who stayed here were hunters. Maybe they were hunting me.”

To her ears, her
voice seemed to crack uncontrollably, like a teenage boy’s.

With a flick of her
wrist, the tea flew out of the cup and onto the ground outside the shelter.
Several of the tiny birds flew down to see if she’d scattered food, then flew
back to their perches and scolded her for fooling them.

“How should I find the men who paid Petrof to kill me?” she
asked the birds. “Tell me that, and I’ll give you crumbs.”

Their trust, once lost, seemingly couldn’t be restored. If
they knew, they kept the answer to themselves. What she needed was some sage
advice. A vision. She slumped against the doorway.

Across the valley, mist swirled over the higher mountain
peaks like curls of smoke.

The corners of her mouth curved.

A plan unfolded in her mind.

Every
year at the first sign
of monsoon, Thampurians in Levapur stayed home and
vowed to wait out the rains. After the third week, tired of staring at their
walls and perhaps deciding getting wet was better than throttling their
families, they returned to the brothels and gambling dens in the Quarter of
Delights.