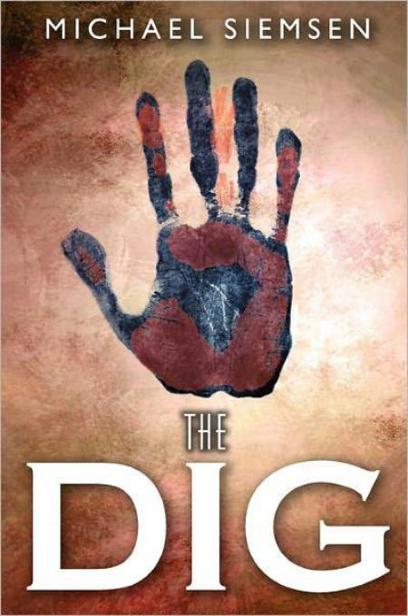 This book is a work of fiction. Names, characters, places and incidents are either products of the author’s imagination or used fictitiously. Any resemblance to actual events, locales, or persons, living or dead, is entirely coincidental. All rights reserved. No part of this publication can be reproduced or transmitted in any form or by any means, electronic or mechanical, without permission from the author.

This book is dedicated to Vicky.

“The real voyage of discovery consists not in seeking new landscapes but in having new eyes.”

D
R.
G
ARRETT
R
HEESE SAT IN A
canvas folding chair and watched his workers toil. How miserable life must be for those born to a race cursed by God. He wondered, did the Kikuyu have the least inkling of the offense their very presence gave to civilized sensibilities? Even shutting one’s eyes to the physical unpleasantness—the lips, the nose, the spring-wire thatch of hair, the revolting eating habits—there was still that incessant, cacophonous jabbering. And to top it all, they stank. He would send every one of them home to their kraals and shantytowns were they not such cheap labor. Oh, yes, the Almighty had been in a spiteful mood the day he created the Kikuyu.

“Enzi!” Rheese shouted. “Tell your boys to get the bloody compressors away from the edge!”

The lanky brown foreman glanced across the clearing and frowned—the big, noisy units were indeed perched dangerously close to the pit’s unstable wall. How many times must he tell the boys?

“Too sorry, Professor,” he replied. “Too very sorry—I’ll push them back,
chapu-chapu
!”

Enzi knew that the men took a certain passive-aggressive satisfaction in forgetting certain rules, but how foolish to risk their own safety merely to irritate the
mkundu.
He chuckled in spite of himself at the epithet, Swahili for “the anus,” as the Englishman was known by one and all—though, wisely, uncertain just how much Swahili the professor knew, they refrained from using it within his earshot.

After wrestling the two heavy compressors a prudent distance from the edge, Enzi peered down at the sizable excavation, breathing in the sweat- and urine-scented air. His laborers knew they were not to piss down below, but with Rheese docking their pay for every minute at the surface, they often preferred to risk it. Enzi scanned the welter of black arms and backs, gleaming with sweat, picking, drilling, and jack-hammering at the fractured rock walls and floor, working ankle deep in muddy water. He had watched this particular dig grow wider and deeper for the past three weeks. They had created countless craters just like it elsewhere in Kenya, and countless more would no doubt follow.

“Chui, Kanu, get you tools out of water!” he barked, glancing back to see if the professor was still watching. Luckily, he must have retired to the air-conditioned shade of his RV. Looking below again, Enzi saw that Chui had hefted his jackhammer to bang away at a seam in the far left corner, but what was Kanu doing? He was simply standing there in the opposite corner, like a child in trouble at school.

“Kanu!” Enzi shouted again. “If you pissing over there, you pumping out the floor tonight!”

Kanu twisted his head around and motioned subtly with his chin for Enzi to come over.

“What…” Enzi stopped himself. If Kanu had found something important, there was no need to alert the entire site.

Enzi walked casually to the lift and rode the rusty, rattling box down to the bottom, where the stench, noise, and heat intensified. Sloshing through the mud in his black rubber irrigation boots, he crossed to the far end of the pit, where Kanu appeared to be pulling at something in the craggy rock.

Kanu turned with wild eyes, scanning the area beyond Enzi’s shoulders before stepping back a little so the foreman could see.

“What you…” Enzi shot a look at Kanu, standing slack-jawed beside him in the muddy water amid the din of picks and jackhammers. Moving closer to shield the find from curious eyes, he reached out and touched its seemingly delicate surface. It was fixed tightly in the limestone matrix, its exposed end giving a little as he ran his fingers over it. The texture was rough, but perhaps only from the flaky bits of rock and fossil shell embedded in it. Bewildered, Enzi let his gaze drift upward, scanning the sedimentary strata from the oldest dolomitic limestone vein at ankle height, all the way to the top. How many millions of years below the surface had they dug? The imprints of Cretaceous Period fossils a few meters above him provided a rough answer.

Enzi glanced behind him and wondered how the professor would react. It depended upon the man’s mood—he was as likely to bestow a “Great job!” as a snarling “Why are you wasting my time with this rubbish?”

“Zuberi!” he shouted. “Get Professor!”

A tall, hunched fellow in patched blue-gray dungarees raised a shoulder and hand in question.

Garrett Rheese sat at his now-muddied breakfast table and glowered at the source of his newest problem, working out mentally all that he must soon explain.

He dropped it with a clunk onto the wooden tabletop and picked up a piece of the stone matrix that had held it for who-knew-how-long. In one side, Rheese could see the imprint of the artifact; its pattern captured perfectly in the calcite as if it had been molded right there. He could already hear the first question: “Tell us, Professor, do you always use pneumatic hammers in the extraction of rare fossils?”

Wiping the sweat from his bald pate, he considered hiding it. The artifact was obviously too important simply to discard, but without detailed photos, drawings, and samples thoroughly describing its discovery location and provenance, it would be an irrelevant find. He had spent the past hour trying to come up with an alternate explanation.
Half a meter below Lower Cretaceous sediment… What is that—a hundred million years old?
It could be worth its age in cash, but it could also be nothing but an unwelcome spotlight on his true objectives in this godforsaken country. The project’s checking account would not be refilled, the University and Museum Group would smear his name for good, and he would never find what he
knew
to be here.

With a sigh, Rheese taped the object between two foam pads and locked it in the safe beneath the bench seat. He needed to take a walk.

Sitting in the shade of the canvas mess fly, Enzi heard the trailer door swing open and glanced behind him. His eyes met with Dr. Rheese’s for only a second before he turned back to his cardboard plate. The professor’s face had lacked its usual look of simmering irritation. Was it fear he had seen in its place?

Whatever the reason, the professor’s order to halt all digging for the past seventy minutes told Enzi all he needed to know for now: the artifact was genuine, and he would be telling many lies for this Englishman in the coming days.

T
HE
UPS
COURIER RANG THE DOORBELL AT 312
Kaspar Avenue. Her big brown van idled behind her, parked beside a 2000’s Jetta—she liked the U-shaped driveways in this neighborhood because there was no street parking and it meant she never had to back out of the driveways.

A pair of eyes appeared in the diamond-shaped window, and the door swung open.

“Hi there!” said the pale twenty-something attached to the eyes. He wore a tight gray T-shirt that read Brand New, which she found ironic because it had that intentionally distressed look, along with several drips of blue and orange paint. The same paint had ruined his baggy jeans and polished his left big toenail. She thought he’d be a good-looking man in five or six years, when his jaw filled out more and his chin gained some definition.

“Three packages for Matthew Turner,” The courier said as she held out her brown scanner for him to sign. The man looked at it and then at his hands.

“Crap! Hang on a sec,” he said, and disappeared to rummage about for something out of sight. She was pretty sure she heard something break before he reappeared wearing latex gloves. “Hah-hah… sorry. I usually have some hanging by the door.”

She’d seen it before, OCD types who didn’t like to touch anything, because they thought they were going to catch the plague. He took the scanner to sign. She wondered if his messy hair had been styled that way, or if it was simply a mess. Its straw-colored streaks could have been highlights or from real sunshine—by the pallor of his skin, she was betting highlights. He handed back the device and she read the name.

“Are
you
Matthew Turner?” she asked with a raised eyebrow.

“Yup, afraid so… Do you mind bringing them in? I’m not a serial killer or anything.”

Not funny,
she thought. “I can put them right inside the door, is that all right?”

He nodded and stepped back. She glanced around the interior and gathered, from the open boxes and bare walls, that they were moving in. Seeing the gaming chair on the floor in front of the TV, the chaos of game consoles, and the style of the furniture, she sensed a bachelor vibe.

“Sure do. And yes, it’s
my
house. Not renting or anything. Awesome, right?” He grinned.

She slid the last and biggest box into the house and stood back up.

“Yeah,
awesome
. So are you some millionaire’s lucky kid or what?” She never minded coming across as nosy.

“Well, have a good day, sir
,
” she said as she turned back through the open doorway.
Kind of cocky, but intriguing.

The new cell phone on Matthew Turner’s new desk began to buzz, and then chimed out its default ring tone. He shut the door and jogged to his new office, picked up the phone, and frowned at the unknown number displayed on the screen.

“This is Matt,” he answered.

“Hi, Matt, this is Daphne at Nautique Exotics.”

“Yes, it is. Will you be picking it up, or would you like to take advantage of our free delivery service?”

“Um… well, if I drive my V-Dub over there and the Porsche back, could someone get my old car back to me?”

“I believe I could arrange that, sir.”

Matt spun in his chair and cracked his knuckles with nervous excitement. As the newest multimillionaire in Raleigh, he was making a big splash with the local purveyors of luxury goods.

His new iPad prompted him to accept some license agreement for an app he’d downloaded. With all of the highly useful apps out there, this was going to take most of the day, he thought. And he hadn’t even started on the useless apps! He wondered if there was someone he could hire that would just intuitively know what kind of stuff he would like on there and install it all for him. Is that what other rich people did?
Ugh, but then some random dude would be touching my stuff…

His cell buzzed again, and he snatched it up before the ring began.

“This is Matt,” he said, making a mental note to change the ring tone before it grew truly annoying.

“Hey, Matt!” It was George from the museum. “You finish yet?”

Matt grimaced and slapped the end button.
Crap!
He was supposed to have gotten back to them a few days ago, but he had hardly glanced at the artifact. He spun his chair around as he put on his thin leather gloves and scanned the messy office for the package that had arrived three days ago. He scuttled the rolling chair over to an open box nearby and picked it up, digging into the foam peanuts. His cell phone began to vibrate again behind him, and he rolled back to silence it.