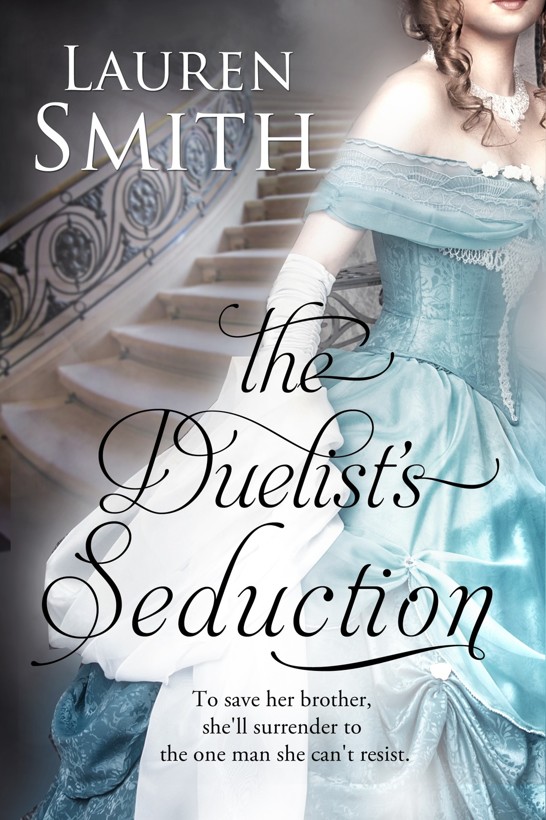 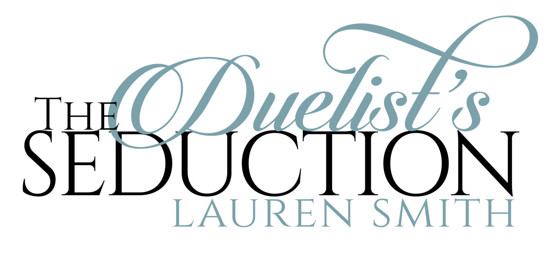 BOOK ONE IN THE SEDUCTION SERIES

First ebook and print on demand edition as part of
Captivated By His Kiss
Collection: January 2015

Reprint as a single novella ebook edition: May 2015

The Duelist's Seduction is a work of fiction. All characters, organizations and events portrayed in this novel are either products of the author’s imagination or used fictitiously.

All rights reserved. In accordance with the U.S. Copyright Act of 1976, the scanning, uploading, and electronic sharing of any part of this book without the permission of the publisher constitutes unlawful piracy and theft of the author’s intellectual property. If you would like to use material from the book (other than for review purposes), prior written permission must be obtained by contacting the publisher at [email protected] Thank you for your support of the author’s rights.

The League of Rogues Series

The Shadows of Stormclyffe Hall

Brotherhood of the Blood Moon Series

Blood Moon on the Rise

For Amanda who is always there to support me, and is the queen of story plotting sessions.

I began my writing journey several years ago, a true “green girl” when it came to romance.
The Duelist’s Seduction
was my first story, one that began my love affair with writing historical romances. In the following pages, you’ll meet Gareth and Helen, the hero and heroine. Gareth is a stubborn man, hurting, wounded, and full of pride. Please forgive him for being so, he does change, I assure you. All great romances require the hero and heroine to change. So if he is a tad blunt, a little rude, a little cold, just know that he won’t always be so. The way he and Helen meets is undeniably dark, and the circumstances certainly questionable, but if you can, fearless reader, stay with them, you might find their happily ever after is very sweet and satisfying. Helen, with her soft heart, is different from most heroines you expect to read about today, she is not weak in her spirit. She has a will to love against all odds. I hope you’ll take a chance on Gareth and Helen and enjoy their story.

If you love this story and any other story of mine, please leave a review! And don’t forget to connect with me on Facebook at

@LSmithAuthor and to sign up for my newsletter which will update you on contests, new releases, sneak peeks and cover reveals at

http://www.laurensmithbooks.com
. I also have a fun street team called Lauren Smith’s League which you can find on Facebook and request to join. I share snippets and teasers of current works in progress and other fun book related content before the rest of the world gets to see it.

The predawn sky shone brightly with flickering stars as Helen Banks readied herself for the duel. Her hair was coiled and pinned tightly against her head, concealing its thick mass and giving her a boyish look—a disguise she prayed would last. Checking the black mask covering her face, she resumed walking. She took a deep, steadying breath as she adjusted her breeches and the black coat she’d pinched from her brother’s wardrobe.

The open field near the spa city of Bath was quiet. Two coaches waited in the distance along the roadside, and ahead of her, two men waited, watching her approach. Not even a breeze dared rustle the knee-high grass as Helen walked up to her enemy and his second. Both men also wore masks to conceal their identities should someone witness the illegal duel. The paling skies played with the retreating shadows of night, lending a melancholy air to the moment she stopped inches from the men.

“You are late, Mr. Banks,” the taller of the two men announced coldly.

With his broad shoulders and muscular body, Gareth Fairfax cut an imposing figure. He seemed perpetually tense, as though ready to strike out at anyone who might offend him. Dark hair framed his chiseled features, and the eyes that glowered from between the spaces of his mask were a fathomless blue. They were the sort of eyes a woman lost herself in, like gazing into a dark pool of water that seemed to sink endlessly, drawing her in until she can’t find her way back to the surface. She recognized the sensual, full lips, now thinned by anger, and the gleam of his eyes on her. She was never more thankful that the early morning’s pale light did not expose her as being a woman.

Helen hated knowing that even now, faced with possible death at his hands, she still desired him. Having seen him from afar over the past few months, she’d been enchanted. Gareth—for that was the way she’d dreamt about him, not as Mr. Fairfax—had a way about him, an animal magnetism that drew her in, with his smoky gaze and relaxed movements. Sin personified—she’d once heard a woman describe him thus at a dance and it was true. Even angels would be tempted to stray to hell for one glance, one lingering, seductive look. He smiled so rarely, she’d glimpsed it but twice in the months she’d seen him. Both times it had fairly knocked her off her feet with the sheer force of its power.

He’d never noticed her at the social engagements. She had stood close to the wall, quiet and lost in dreams as she watched him through her heavy lashes. Foolish, too, she knew, to look at him and feel such hunger for the things his brooding demeanor promised. He had passed her by on numerous occasions, but his head never turned and his eyes never alighted on her. Even now, as she stood before him, ready to die at his hands, she knew he thought her to be her twin brother, Martin.

If he ever discovered she was a woman, he would be appalled and furious. Especially given that she was only dueling him to save her brother’s life.

She briefly studied her opponent’s second. He was just as tall, his features nearly as striking as Gareth’s.

Helen choked down a shaky breath. “I was waylaid.” She prayed her voice sounded gruff and masculine.

Gareth’s eyes were dark orbs, burning with thinly controlled anger. He shifted restlessly on his feet, his imposing form momentarily revealed by the dark blue coat that contoured to his shape.

“Is this your second?” His growl sent shivers down her spine as his glaze flicked to the squat man in his mid-thirties standing behind her. She glanced over her shoulder, widening her eyes in silent encouragement for her second to come closer.

“I am,” Mr. Rodney Bennett replied and bowed.

Well, finally someone was acting like a gentleman
. “Mr. Worthing,” Helen said, making sure to keep her voice low. “Allow me to introduce my second, Mr. Rodney Bennett.”

Bennett passed by Helen, and he and Worthing shook hands. Bennett offered the pistols to Worthing for inspection. Since Gareth and Worthing had not brought the weapons, that duty fell to her as the challenged party. As the two men drew apart from her and Gareth, she tried not to stare at him. He was impossibly handsome, in that dark, mysterious sort of way that a woman simply couldn’t ignore. Like gazing upon a visage of an angry god, all fire and might, ready to burn her to ash with passion.

Her opponent glowered at her. “I suppose I should trust that you’ve not tampered with my pistol?”

His icy tone made her bristle with indignation. “You have my word it shoots fair,” Helen snapped. The nerve of the man to accuse her of cheating!

“Your word? We would not be here if I could trust your word. A man who does not honor his debts may not find it necessary to honor the rules of a duel,” Gareth retorted.