Read The Echolone Mine Online 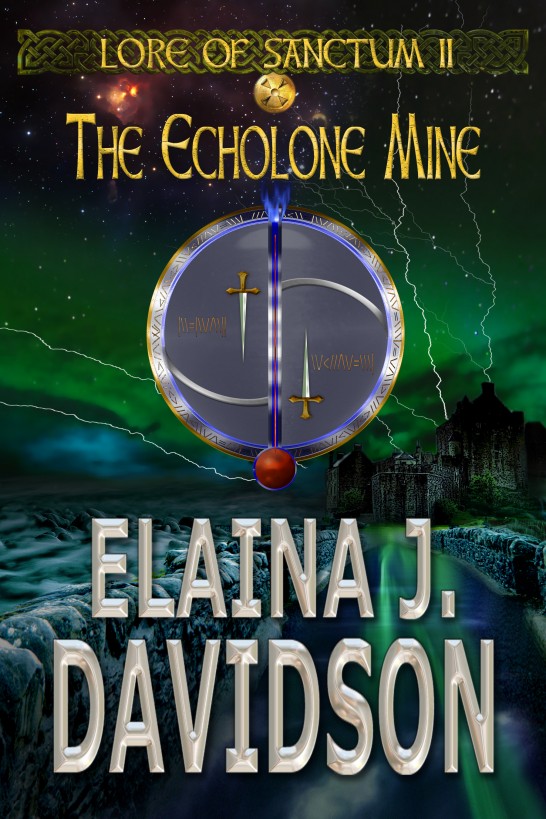 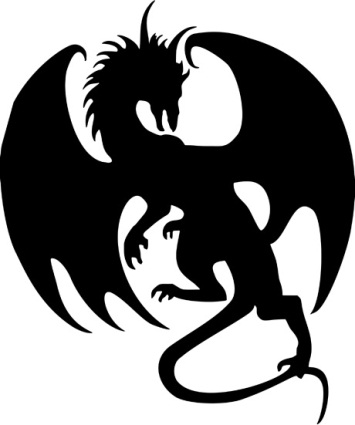 All rights reserved under the International and Pan -American
Copyright Conventions. No part of this book may be reproduced or
transmitted in any form or by any means, electronic or mechanical,
including photocopying, recording, or by any information storage
and retrieval system, without permission in writing from the
publisher.

This is a work of fiction. Names, places, businesses,
characters, and incidents, are either the product of the author’s
imagination or are used fictitiously and any resemblance to any
actual persons, living or dead, organisations, events or locales,
or any other entity, is entirely coincidental.

The
unauthorised reproduction or distribution of this copyrighted work
is illegal. Criminal copyright infringement, including infringement
without monetary gain, is investigated by the FBI and is punishable
by up to 5 years in prison and a fine of $250,000.

For Isis who
lay on my lap, never will I forget

M
agus Vander smacked a new report before the
Warlock, his little eyes shining with malevolence.

Tymall ignored him and the written
document and eventually the spiteful creature took his leave. His
ire over being ignored was evident in his mincing
footsteps.

When all was silent once more, Tymall
dragged the pages closer.

Minutes later his fist crashed onto his
desk and rage blossomed upon his face.

A new report
about his father, the mighty Elixir, and the dark man from another
realm known as Elianas.

Reading between the lines, it seemed the
two of them were too close for his comfort. He, Tymall, would
rather have his father get lost with his hated stepmother Saska,
than
this
.

Leaning back
in his seat, he grew ever more thoughtful. It would reverberate
across realms, he understood, but perhaps it was time to break his
word to his father and find a way to absent himself from
Digilan.

Elianas would
discover the true meaning of an archenemy. 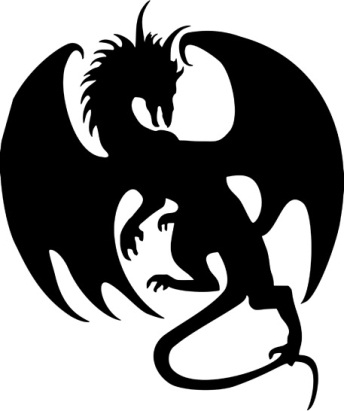 “
Ten years
of study (sorcery) has taught me this truth, Do not assume what you
see is the only reality. Everything can be manipulated, even time …
and particularly the perception of tangibles.”

T
he amber-skinned man with his flowing dark hair and
the golden-toned one with fair tresses attracted no attention on
the beach.

They certainly
were something to draw the eye in appreciation. Stripped down to a
loincloth each, they wandered in the surf soaking up the sun. For
them it had been cold too long, and sunshine was the gift of the
present. They did not speak much, and often wandered far apart.

Fact was,
there was no other on the beach to see or hear them, and that was
how they preferred it.

There remained
unoccupied worlds where paradise was a siren song, and this was one
of those. Numbered perhaps XT 492 on parallel 365W 684S, it was a
world removed from most, a number somewhere in a logbook -
maybe.

The two men
had been in paradise for ten days - the almighty ten of other
surpassingly strange journeys - and ate off the land, slept under
the stars and soaked up the heat during the day.

They said
little, for words were not required; recharging minds suffered
under the weight of words.

The time came,
however, to move on. The time for words was again at hand.

An interlude
was just that - a period between other events - and time did not
stand still, and people - others - did not wait forever.

Elianas had
wandered far, lost to view and his thoughts, but when he returned
with seaweed and coconuts in hand, he found Torrullin inserting
long legs into black breeches.

He dropped his
bounty, and Torrullin looked up.

“It is time to
go,” Torrullin said.

“I see that.
Did something set you off?”

An amused
smile blossomed on the fair man’s tanned face. “No. I just think if
we do not leave, sunshine will do for me what storms do for
you.”

Elianas drew a
breath. It was the first real admission in ages. Yet the hidden
parts of him recognised it could be wishful thinking. Torrullin
often spoke impulsively. He would not easily sunder brotherhood by
taking a step closer to a truth unacknowledged.

He strolled to
the fallen log where they discarded clothes ten days ago. That had
been fraught with tension, until the rhythm of paradise soothed
wounded feelings.

Now getting
dressed was the stranger act. Elianas turned his back, removed his
loincloth to shake the sand out, and reluctantly drew the confining
breeches on. He did not bother arguing for staying; in his heart he
knew also it was time to move on.

A moment later
he virtually left his skin when Torrullin’s arm brushed against his
back as he moved to retrieve his tunic. He glanced over his
shoulder to see Torrullin, grinning, emerge from his tunic.
Irritated, he snatched up his own and dragged it over his head.

“Relax,
Elianas. We cannot be self -conscious now.”

“It’s not as
if I haven’t seen you naked …” Torrullin laughed when he landed on
his back. “Oh, come on!”

“You are
playing with me.”

“I am making
light of an uncomfortable situation.” Torrullin found a perch on
the log to put his boots on.

Elianas joined
him to do the same, muttering, “Who the hell invented clothes? This
is too constricting.” He pulled the neck of his tunic wide, craning
his chin forward.

“It was made
to cover men far too beautiful for their own good,” Torrullin
murmured.

Elianas
grinned, taking the compliment in his stride. “Not women?”

“We are by far
the prettier species,” Torrullin laughed.

Elianas gave
him a taunting once over. “I guess you could call yourself pretty,
yes.”

He earned a
cuff to the back of the head, and then Torrullin stood to buckle on
his sword belt. As the scabbard bounced against his thigh, he said,
“We must acquire you a blade.”

“My thoughts
also. First a decent bath to wash the sand and sun from my
hair.”

“And they say
women are vain.”

“Yltri’s hot
springs? That way we remain removed from people.”

Broken coconut
shells lay in a pile under the largest palm tree and Elianas’
bounty was discarded on the beach, but other than footprints, there
was nothing to show they had been there.

With regret,
they left.

After a swim
and hair scrubbing in the springs of Yltri they headed to Fortani,
where Torrullin knew a master blacksmith, a man with a flair for
the perfect blade, who knew how to match sword and man
together.

They spent
three hot hours in the forge as blade after blade was presented,
examined, tested and discarded.

Finally
successful, they headed towards the nearest lake, this time cold
water, to dive the sweat away.

After, they
sat on the bank redoing bootlaces for the third time that day.

“When have you
last wielded a sword?” Torrullin asked.

“Literally
ages,” Elianas replied. He hefted the new blade and rose to take
practice swings. Then he squared off towards Torrullin, jiggling
his eyebrows.

Laughing,
Torrullin withdrew Trezond and they commenced the ancient dance of
swordsmen.

Metal clashed
upon metal and grunts and gasps kept pace.

Torrullin
eventually disarmed Elianas, standing heaving with his blade at the
man’s neck.

“Not bad, my
brother. A good workout.”

Elianas pushed
the blade aside. “Now I need another swim.”

Boots and all
they jumped in and employed magic after to dry themselves
again.

Still on
Fortani, they discovered an out of the way inn and stopped there
for a proper meal.

Four old men
sat at a table in a far corner and thus they had space to talk.
Over duck, vegetables and wine they discussed where to go next.

“I have been
thinking,” Elianas began. “We have had time aplenty between us, and
yet we always focused on the main events. We missed the
by-play.”

Torrullin
lifted an eyebrow, prepared to be amused.

“I am not
joking. Always it is this evil or that task. It was family scandal,
future concerns, past mistakes and so forth. We never stood still
long enough to see around us. Take Beacon, for example. I know you
have been there and I know I have been there, although not at the
same time, and what were we doing? I was following a clue, swiftly
in, swifter out. You were probably about some diplomacy, and what
did we see?”

“Once Beacon
was empty, and then settlers came. Who were they, how long ago did
they arrive and what made them so special they took to the skies?
What did they revere? What magic of those early years remains?
Beacon may be a bad example, but there are other civilisations on
other worlds, each with something unique, some ancient spark, and
that is magic. We have walked by unseeing. We may have learned
something new or strange or entirely profound, funny, insane, and
we did not. Books do not tell us everything.” Elianas pointed a
finger. “You wanted to go travelling when you came to say goodbye
on Mariner Island, Torrullin.”

“Instead we
landed up in paradise together.”

Elianas’
eyelids flickered, but he said nothing.

Torrullin was
thoughtful. “World to world, travelling archaeologists? I like
it.”

Elianas leaned
forward. “We have a new future and our past is now adrift. We live
at the same time in the same space.
This
is our time and
place now. We should know the past of the present as others know
it. We are no longer about redemption and bloodlines.”

Girl Wonder and the Terrific Twins by Malorie Blackman
One Twisted Valentine by T. Lee Alexis
Paradise Burning by Blair Bancroft
The BACHELORETTE Project (The Project: LESLEE Series) by Anthony, Tami
My Forever June by DeAnna Kinney
The Fling by Rebekah Weatherspoon
Reilly 13 - Dreams of the Dead by O'Shaughnessy, Perri
Lover Enshrined by J. R. Ward
Presumed Guilty & Keeper of the Bride by Tess Gerritsen
The Red Gloves Collection by Karen Kingsbury