Read The End of the Point Online

The End of the Point 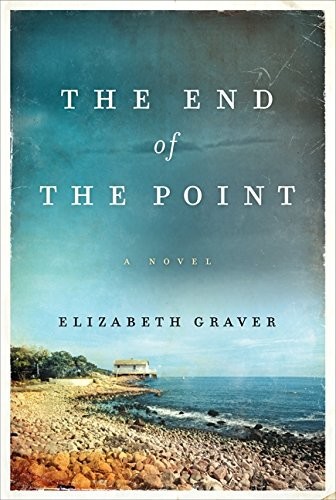 When I began to tell you children about the different ways in which plants sent their young out into the world, I had no idea that I should take so much time and cover so many pages with the subject. And now I realize that I have not told you one half, or one quarter, of what there is to tell.

You have learned that seeds are scattered abroad by animals that eat the bright cases in which they are packed, and by animals into whose hair or clothing they manage to fasten themselves.

You know that sometimes seeds are blown through the air by means of silky sails to which they are fastened, or else by their little wings.

You discovered that certain plants actually pushed their young from their cozy homes in no gentle fashion, much as a mother bird shoves her timid little ones from the edge of the nest.

And in the last chapter you read that occasionally seeds were floated by water to distant shores.

Jane’s All the World’s Fighting Ships and Aircraft · 1942

O
N THE STILLEST,
emptiest days, you can almost but not quite imagine the place when it was lived on by its earliest people, the trapping and fishing, tying and smashing, the waves the same, the rocky beaches too, but no army base, no bisecting road or fighter planes up from Otis Air Force Base, Code Red. No houses unheated, built for summer, or mansions with heat, Wi-Fi and central air. No blinking eye on a metal gate (no gate). Neither headstones nor written alphabet. Later:
Here Lies John Cornell. Here Lies Tabitha Brown
. Here, a stone fishing weir at the foot of the creek. Here, a summer
wetu
; inside, a woman labors upright, giving birth. Did they dunk the baby in the creek, wrap him in a new red blanket, dress him, as he grew, in a pair of woolen breeches? One year, they had to find another place to grow him into a man.

A deed appointed to be recorded. New Plymouth. November the 29th 1652.

Know all men by these Presents, that I, Wesamequin, and Wamsutta, my son, have sold unto Mr. Wm. Bradford, Capt. John Standish, Thomas Southworth, John Winslow, John Cook and their associates . . . all the tract or tracts of Land lying three miles eastward from a river called Cushnett, to a certain Harbour called Acoaksett, to a flat Rock on the Westerward side of said Harbour . . . with all the rivers, creeks, meadows, necks and islands that lye in or before the same, and from the sea upward to go so high that the English may not be annoyed by the hunting of the Indians in any sort of their cattle. And in consideration hereof . . . We the above-mentioned are to pay to the said Wasamequin and Wamsutta as followeth: Thirty yards of cloth, eight moose skins, fifteen axes, fifteen hoes, fifteen pair of breeches, eight blankets, two kettles, one cloak, £2 in wampum, eight pair of stockings, eight pair of shoes, one iron pot and ten shilling in another Commodity.

One iron pot to fill with corn mush, or with a rabbit trapped, skinned, boiled down to bone. John Cooke, signatory, will be the first to farm the rocky, wind-scoured fields of Ashaunt, the Point barely two miles long, half a mile wide, hardly an appendage, more a stub, a neck without a head. A peninsula, as in
paene
(almost), as in
insula
(island).
Ashaunt
, “lobster crawling backward” in Wampanoag. The shoes have brass buckles; each shoe fits either foot. The blankets are woolen, red. An acre for a shoe, two acres for a shilling. Fifteen axes, fifteen hoes. One by one, they bend, they sign.
In the presence of J
OHN
W
INSLOW
Jonathan Shaw J
OHN
C
OOK
Samuel Eddy W
AMSUTTA
. + + his mark.

To crane this far back bends hard the mind, fills it with things crude and small, with other things whose necks have been wrung dead. Also with nostalgia (and its kissing cousin, anger). The place breeds it—for this old house, this old couch, this old tribe, one-speed bicycles, driftwood naturally distressed. At one time, a saltworks stood at the foot of the Point. At another, a bootlegging outfit. Table salt hardens here. Books mildew. Diaries flip open.
Private Property: Please Turn Around.
Sometimes arrowheads or bits of pottery and china show up in the churned soil of the few fields still farmed. How fine they would look set in the antique printing box above the bed made up with white Wamsutta sheets, to the left of the nightstand where the clock has stopped again.

On the Point you can still find bones—fox skulls, rabbit femurs, porpoise vertebrae and, on the shore in the crevice between two hard-lodged stones, a milk tooth lost by a child no longer a child. From May through October, swimmers—mostly women—swim, and men dunk, and children jump from the top railing of the dock. One year (and then the next and next) a bloom of jellyfish will come up in August from the Gulf of Mexico on a wave of warmth. To swim among them is to swim inside a living body, a dividing cell.

A deed appointed to be recorded. From a certain Harbour to a flat Rock.

JANE’S ALL THE WORLD’S FIGHTING SHIPS AND AIRCRAFT

T
HE ARMY HAD
paved the road. It was the first thing Bea noticed, coming back with the Porters that summer when most other families stayed away—how the rutted dirt, grassy bumps, heaves and jolts were gone. Instead, a ribbon, gray and smooth. Mrs. Porter complained about it; the two older girls did too. People will speed now, army trucks. A gash on the land, said Helen dramatically. A wound. Bea didn’t think so. Bea, sitting in the far back seat with Janie half on her lap and one leg asleep from the long trip, was glad for the change. Where are the soldiers, asked the older girls, craning and peering. Where are the U-boats, the enemy planes? If it wasn’t safe, we wouldn’t have come, their mother said, but her voice was vague; she was trailing her hand out the window, gulping in the sea air. And even Bea, who silently resisted coming every year—and especially this one—inhaled and felt the salt air rush, moist, into her throat.

Other things had changed too; you could see that right off, although the bigger changes, the ones that might make a life swerve or stay on course, did not show themselves until later on. There was a high wooden spotting tower as you drove onto the Point, where civilian volunteers took turns staring through binoculars at the sky. There was an army truck parked by the path down to the boat dock and, farther down—shouting distance from the Porters’—a high wooden gate across the road, with wire fencing on either side. On one side of the gate, a soldier, pink-faced, boy-faced. On the other side, another soldier. Sit nice, Bea said to Janie, for the girl was awake now, leaning out the car window. Who are they, asked Janie. She was eight; it was 1942. She knew nothing about war, though something about suffering. No one you should talk to, Beatrice said.

At the house, it was almost like any other year, Stewart hauling Mr. Porter into his wheelchair, and inside, the three girls flying about, skipping, galloping, Janie running after Helen and Dossy, who were up the stairs, down the stairs, shouting like banshees while their mother went into the kitchen with the maids. The trunks had been sent ahead, the maids and Agnes too, along with Blackie, Janie’s dog, who was yapping now, pushing his nose into people’s palms. Bea went upstairs to her room, which was next to Janie’s on the second floor. There, the white nubbed bedspread, the maple bed frame, the watercolor by Mrs. Porter’s mother, where the rosehip looked less like a flower than like a startled, open mouth. There, her trunk. She opened it, hung a few dresses in the corner cupboard, propped her photograph of her mother on the bureau, slid her shellflower supplies beneath the bed. Then she closed her window—the curtains were flapping, the room windblown—stopped in the bathroom to relieve herself and splash water on her face, peeked into Agnes’s room (not there) and went back down.

Take the rest of the day to settle in, Mrs. Porter had said, but Bea wanted to collect Janie, get some food in her, brush her hair, scrub car grime from her face. All over the house, windows were open for airing. The wicker set was on the porch, the clothesline hung with sheets. In the living room, there was, as always, Mr. Porter wheeling himself to his spot by the picture window. There was the ocean outside, framed by the window so that it looked more like a painting than an actual sea. Bea caught Mr. Porter’s eye as she walked by, and he smiled at her. She liked him when he wasn’t angry. He cared about things more than the usual man, and unlike his wife, he did not begrudge Bea her attachment to Janie and hand the child off to her at the same time. And like Bea, he lived far from where he had begun—for her, Scotland; for him, a body strong of limb.

“The girls are happy,” she admitted to him, their laughter sounding out around the house as if the three of them had split and multiplied, Janie’s voice ringing out the highest notes.

He nodded. He was a large man, his torso powerful, his legs like sticks. “Out of time,” he said.

She did not know if he meant outside of time or running out of time, and she did not ask. Sometimes, even after all these years, she still felt the language here as foreign, hardly English at all, though the family itself, so full of nicknames, shortenings and codes, had become for her almost a second tongue.

“The girls must be hungry. I’ll round them up.”

They were always wild on Ashaunt. She needed to set a schedule right away, remind them of how things went in Grace Park. Tea at three, supper at six. Janie listened, most of the time. With the other two, Bea had more or less given up, and anyway they were mostly Agnes’s, and hardly hers at that.