Read The Eye of Moloch Online

The Eye of Moloch 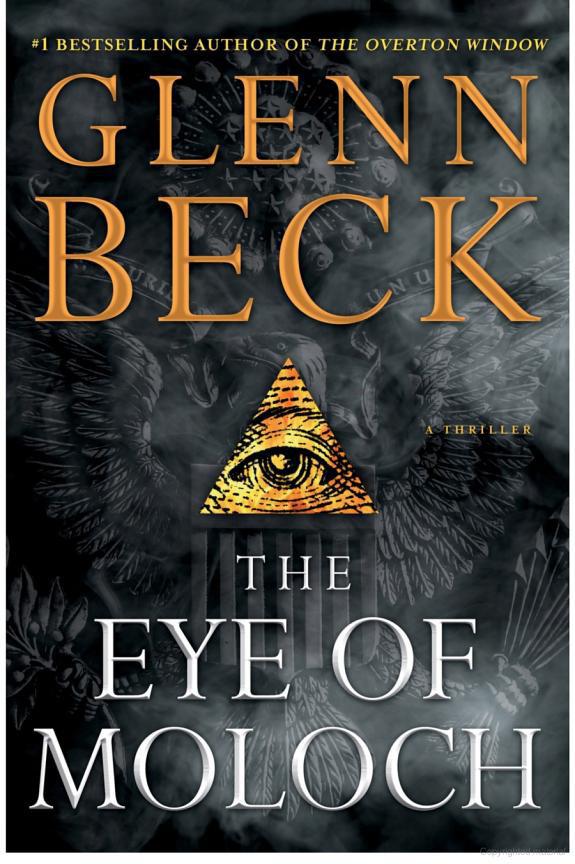 Thank you for downloading this Threshold Editions eBook.

To those who have changed everything in their life, including much of what they thought they knew.

To those who feel compelled to live their life in a way that often makes them the object of ridicule and scorn.

To those who hide their fears and tears from their tenderhearted spouse or children.

I dedicate this book to all of you who are living a life you never hoped or asked for, but chose it anyway because you know that freedom is worth standing for.

I admire you, love you, and pray that history will remember your name.

In loving memory of Mercury’s mom.

You taught us to work hard and never give up.

You gave us your love of books and reading.

Because you lived, Mercury came to life. Because of how you lived, we are all better people.

May you rest in peace knowing that those things, incredible as they are, were still just a very small part of
why
you lived.

The liberties of our country, the freedoms of our civil Constitution are worth defending at all hazards; it is our duty to defend them against all attacks.

We have received them as a fair inheritance from our worthy ancestors. They purchased them for us with toil and danger and expense of treasure and blood.

It will bring a mark of everlasting infamy on the present generation—enlightened as it is—if we should suffer them to be wrested from us by violence without a struggle, or to be cheated out of them by the artifices of designing men.

You are the salt of the earth; but if the salt has lost its taste, how shall its saltiness be restored? It is no longer good for anything except to be thrown out and trodden under foot by men.

You are the light of the world. A city set on a hill cannot be hid.

T
he Battle of Gannett Peak is not where this story started, but for those of us who lived to tell it that’s as good a place as any to begin. A few brief remarks are in order, though, before we get well under way.

First, the great weakness of the enemy we face: there’s no honor among thieves. And what they’d all forgotten—the globalist elites, the predator class, the puppet-masters, the kleptocrats, the red-carpet mafia, call them what you want—what they’d forgotten about pandemonium is that once you set it loose to rampage you can’t as easily whistle it back into the box again.

It was to be their boldest move yet, the endgame of a hundred-year scheme to crash the old and usher in their new world order, once and for all. They would wield fear and chaos as weapons as they always had, and demonize those who opposed them so the uninformed majority would misplace their blame. Riots and food panics, incited uprisings and sponsored overthrows, blackouts, meltdowns, market crashes, hyperinflation, depression, currency and commodity wars every bit as deadly as the shooting kind—these contagious terrors were meant to drive the
desperate people at the bottom to storm into the streets and cry out for the benevolent tyranny of a waiting savior from above.

These tactics had proved tried-and-true through thirty centuries of repeating history, but this time their mayhem spread too fast and got out of hand early on. Spawn too many devils all at once and they’ll soon start to organize, and then those dangerous servants can forsake their masters and awaken to ambitions all their own.

Second, and you’ll forgive me if, by your measure, I’m a trifle late to this simple understanding: there really is such a thing as Good, and likewise there is Evil. We each have a decision between the two that we’re bound to make, and if the cynics among you should scoff at that need and decline to commit, that’s a sure choice for the darker side. At times it’s not at all clear who’s with who; those who declare the loudest for one camp are often hard at work in the other. As Bob Dylan wrote it, sometimes Satan comes as a man of peace.

The last thing now, and I confess it was the hardest for me to finally believe: there is a God.

I won’t pretend to know His nature or His plan, and put no trust in most who claim to. I don’t know which faith is His chosen or what church He would have me attend, if any would abide me after all I’ve done. What I do know for certain is that this God of all creation would prefer us to be free. That means He must love this country, not so much for what we’ve allowed it to become, but deeply for what it was once meant to be. And if this great nation should fall, as we may well do, then in some distant age He’ll move His children to try to refound it anew, with hopes that those future Americans are better, braver stewards of His brightest dreams for us all.

The Bible says the first thing God created was the light, but you’ll notice that He also left the darkness. Every dawn is a steadfast reminder that even the longest night can be overcome. Here on earth that overcoming is not the task of the Almighty; in His grace He’s left that up to each of us. That choice to fight or to join the darkness is the first of the
freedoms we mortals are born with, and like the others, it’s ours until we prove ourselves unworthy and let it be taken away.

The sole thing tyranny fears is truth, and therein lies the simple, sworn mission of Molly Ross—to find and tell the truth to the good people of the United States, and through that revelation, to restore her country to the greatness it was founded to attain. That’s why they feared her so much, why they came after her with everything they had, and also why this war will never cease. Because true Evil cannot be stopped, and the truly Good will not be moved. Hers was a battle that must be won or lost every day, by one side or the other, and no less than the fate of free mankind hangs in the balance.

Believe that and do your part, or don’t, and sit by to let others lay down their lives on your behalf. But be assured of this one true thing, and I’m a witness: one more or one less can change the world.

I lived through what follows here, and in some small way through this account you may now do likewise. The outcome may still be in question, but I know where I stand. To those yet undecided, there’s a place here beside me or out there against me when you’re moved to make up your mind.