The Eye With Which The Universe Beholds Itself (Apollo Quartet) 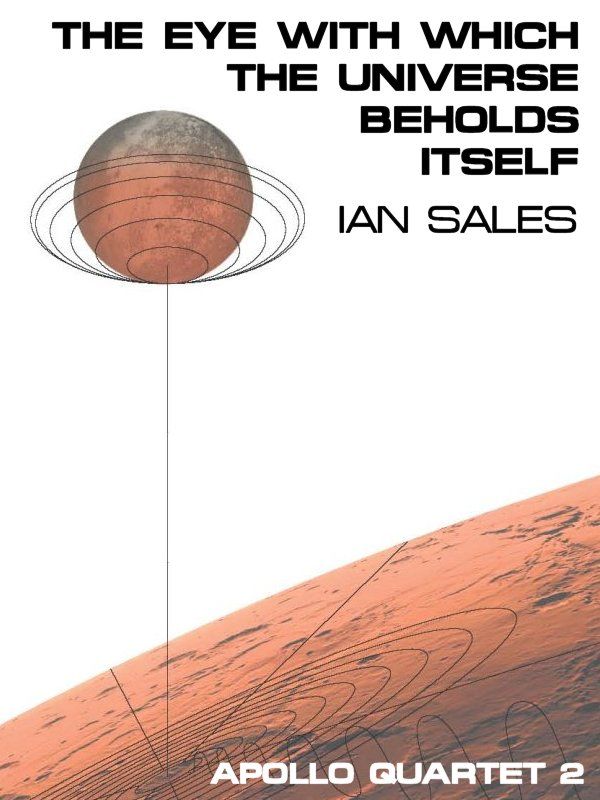 THE EYE WITH WHICH THE UNIVERSE

I am the eye with which the Universe

Beholds itself, and knows it is divine;

All harmony of instrument or verse,

All prophecy, all medicine, is mine,

All light of art or nature; - to my song

Victory and praise in its own right belong.

DSKY
Display and Keyboard for the AGC and LGC

POTUS
President of the United States

This time, when he returns home he knows she will have left him for good. Her decision weighs on him still, even as the J-2 engine ceases its muted roaring and the force pressing him into his seat abruptly vanishes. She has threatened to leave him before, many times; and she came so very close when he returned from Mars. Somehow they have stayed together. The fight four nights ago was the worst for a long time—she’d been in the right and he’d known it, which only made him argue all the more fiercely. After Mars, she had told him never again would she sit at home worried and afraid, putting on a brave face for the press, living a lie that consumed her, that consumed her from within like acid—

But he could not refuse this mission.

Someone bumps his elbow, and his attention returns to the here and now. His hands have lifted from the arms of his seat, and he can no longer feel the pull of the Earth. To his left, the mission commander, Carl J Springer, ex-USN, stares fixedly at the control panel from within the polycarbonate bowl of his helmet. In the right-hand seat, the systems engineer, Anna Gibson, has a gloved hand up to a switch beside a line of three thumb-wheels. He should know the function of the switch, but his training was rushed and it has been a long time since he last flew in space. It is only when Gibson says, Gimbals off, that he remembers the panel’s purpose. He does not know this Apollo spacecraft as well as he once did; but it’s not like it really matters—

Brigadier General Bradley Emerson Elliott, USAF, is the most senior officer aboard this spacecraft but he occupies the centre seat because he has the least senior role in its crew. He is the navigator.

Elliott is also a passenger on this flight. And he is going on a journey much further than his two crewmates.

But, like his crewmates, he has tasks to perform. Springer and Gibson have already begun the Post-Orbit Insertion Checks on page 2-11 of the Launch Checklist—first the SPS Gimbal Motors, then a line of six switches for the abort system and emergency detection system from auto to off, disabling the various pyros on the spacecraft, making safe the systems they will not need for the rest of the flight. Elliott must do his bit, so he punches Verb 06 Noun 62 into the guidance computer DSKY to perform the first of these:

We got pitch up to horizontal, says Springer.

Houston, we are configured for orbit, Springer confirms.

The three of them work their way through the Launch Checklist, step by step, reconfiguring the spacecraft from its launch settings, readying it for its stay in orbit.

Once they have finished their tasks, Springer says, still gazing up at the control panel: Anna, you want to take your helmet and gloves off?

There is a moment of silence. Gibson then adds, You the one got the helmet stowage bags, Carl.

Now that it is permitted, Elliott unlocks and removes his gloves, then reaches up to his helmet locking ring. He lifts the helmet from his head, and is briefly fazed by its lack of weight. He holds his breath a moment, and then breathes in cautiously through his nose. The cabin air is cold and stings his sinuses. He smells hot metal and plastic, the odour of electronics hard at work, some oil, cleaning fluids, and the rubber and sweat stink rising from the neck of his spacesuit.

He sits, strapped into his seat, his arms thickly padded in the many layers of the A7LB and pressing against those of his neighbours, and watches his upturned helmet float in the air before him. He looks away from its transparent curves, his eyes refocus… and the momentary fuzziness prompts a claustrophobia which seems to shrink his spacesuit until it presses uncomfortably upon every square inch of his body. He is hemmed in, confined,
imprisoned
. His world too is close, too close, and defined solely by what he sees: grey and grey panels, filled with switches and dials and readouts, and the great white presences of his two crewmates to either side. Over there, a small window lit with the nacreous blue of the Earth below, a blueness perverse in its unearthliness, is further proof, if the freefall isn’t enough, that this is no simulation.

Elliott wants to feel excitement at being in space again, the sense of adventure he felt the first time he made orbit back in the 1970s. He wants that adrenalin high, the one that grips his heart in a vice, sharpens his vision to a knife-edge, and drains him of all emotion; and he wants to feel calm, collected, brimful of the “Right Stuff”, professional, laconic, a goddamn
astronaut
.

He needs to feel many things, but the journey he is about to take fills him with numb dread. Such a distance, beyond imagining. And
he
once travelled one hundred and fifty million miles to Mars, and more back. At the time, that number seemed beyond comprehension.

He can barely say it:
eighty-eight trillion miles.

He sits, strapped into his seat, as the Apollo CSM and its S-IVB fly about the Earth, one orbit every ninety-five minutes, and he knows that soon the J-2 will relight and put them on their transfer orbit to L5 and the space station located there. And he’s reminded of those final orbits before his Mars Orbit Insertion burn twenty years ago, in a spacecraft of a much earlier generation than this one—

As the CSM speeds about the Earth, Elliott wants to rubberneck and see the world below him in all its life-sustaining diversity and colour, but Springer and Gibson are busy readying the spacecraft for TOI as if they’ve seen the view many times before. So for three hours, Elliott remains strapped into his seat, doing his bit, and trying to maintain a professional demeanour, a gravitas in freefall, appropriate to his age and rank, until, right on schedule at MET 003:21:09, the S-IVB’s J-2 relights for Transfer Orbit Insertion.

Three days of coasting at 34,223 feet per second now await them. Springer gives permission for shirtsleeves. They unstrap from their seats, and float about the narrow spaces of the Command Module, slotted between seats and control panel or seats and Lower Equipment Bay. Gibson is first to remove her spacesuit, and Elliott abruptly discovers he does not know what to do. He can’t treat her like “one of the guys” and has to look away as she wriggles out of her A7LB in the LEB, strips off her LCG and pulls on her cotton constant wear coveralls.

Once she is done, it is Elliott’s turn. He looks up halfway through pushing his spacesuit’s legs down his hips to see Gibson grinning at him, and he reaches out a hand and spins himself about so his back is to her before he finishes undressing.

Elliott gazes out of a horizon window as behind him Springer gets into his constant wear garment and Gibson makes low-voiced jokes about privacy. There is nothing to see outside; there is everything to see outside. The universe—
creation
—across which is spilled a thick splash of stars, and he thinks about unimaginable distances and the deadly vacuum of space inches from his face.

There is nowhere else he would rather be.

He has missed this—the freedom of freefall, the sense of purpose that comes from following mission checklists, the constant marvel of human engineering, the desperate desire to find a place for humanity in an implacable and indifferent universe.

Gibson’s low female murmur puts him in mind of Judy, and he wishes his wife could be with him here and now, but he can’t picture her—Judy always so neat and well-dressed, Judy always so carefully made-up—he can’t imagine her in Gibson’s place, Gibson with her boyish features fresh as air, her earthy swagger, her dark hair a mermaid’s corona. And as Elliott thinks of his wife, he regrets she refuses to understand why he had to accept this mission, he is hurt she feels the only response available to her is to walk out on him; and he wishes he could feel some connection stretching from here to the home he shares—
shared
—with Judy… But whatever hold their house at Edwards AFB, their life together, has on him it’s growing thinner and more strained with each mile he travels from the planet.

It’s a kind of freedom, he thinks; a freedom from earthly concerns as distance lessens his past life’s hold on him, though he will never ignore or forget her—and it occurs to him NASA named its space station well. Fourteen years it has floated alone at a Lagrangian Point, space flotsam occupying one of the Solar System’s tideless nodes. Elliott has read about Space Station Freedom, the only permanent US presence in space, but only in science magazines and colour supplements. He has been out of the loop since he left the Astronaut Corps back in 1982 and, until he’d begun training for this mission, he had not missed it.

Hyenas by Sellars, Michael
The Ghost in Room 11 by Betty Ren Wright
Sweet Hell on Fire by Sara Lunsford
Magic at Midnight by Marteeka Karland
The Color of Family by Patricia Jones
Freeze Frame by Peter May
News Blues by Marianne Mancusi
Gift Wrapped for Christmas: A Contemporary Romance by Ingram, Mona
Hope (Other World Protection Agency Book 1) by Serena Simpson
Killer Couples by Tammy Cohen