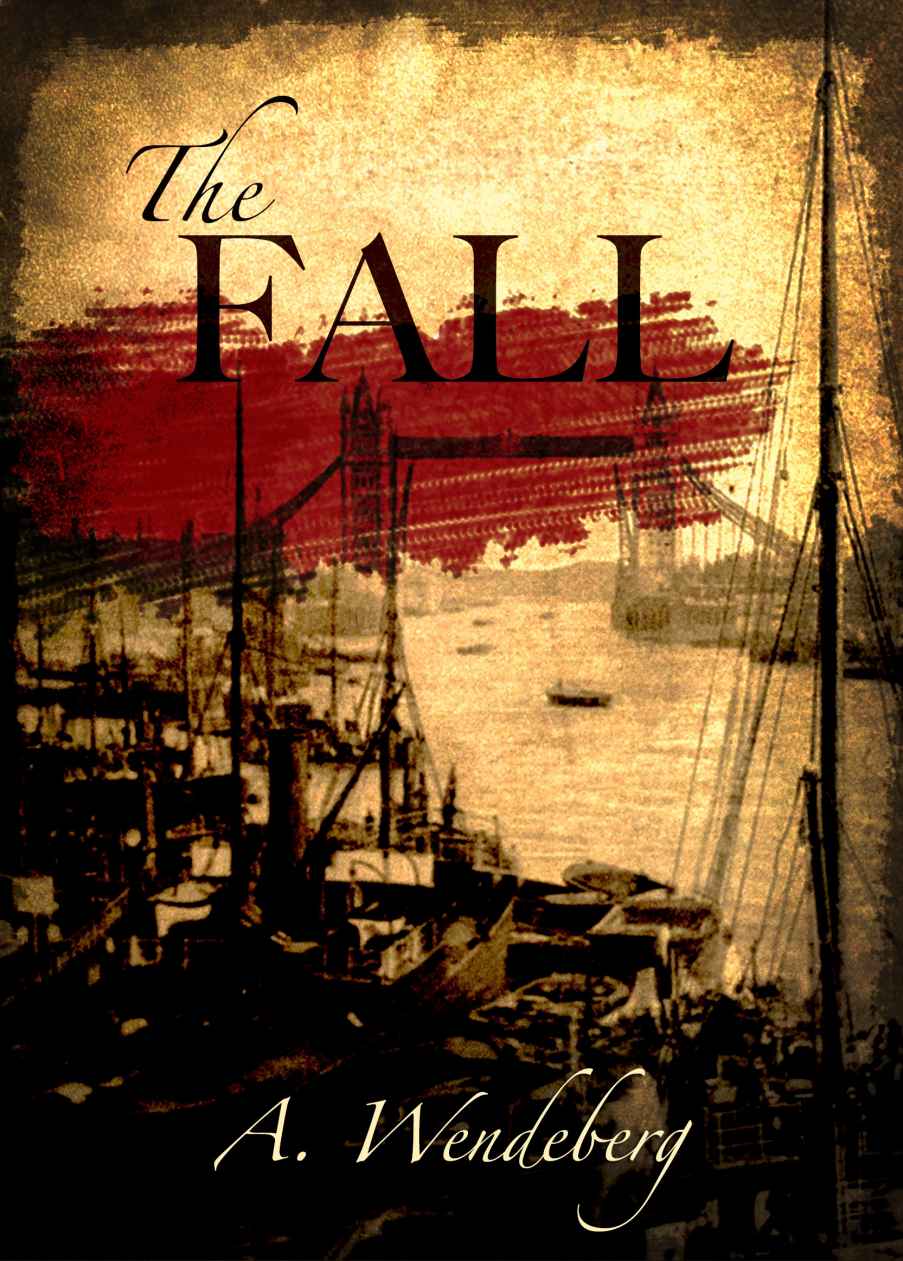 Preview of The Journey

This is a work of fiction. Yet, I tried to write it as close to the truth as possible. Any resemblance to anyone alive is pure coincidence.

Mr Sherlock Holmes, Dr John Watson, and Mrs Hudson are characters by Sir A. C. Doyle. Names, characters, places and incidents are products of my imagination, or lived/happened/occurred a very long time ago. I herewith apologise to all the (now dead) people I used in my novel. I also apologise to all Sherlock Holmes fans should they feel their Holmes got abused by me, too.

The cover is an image from
The Queen’s London. A Pictorial and Descriptive Record of the Streets, Buildings, Parks, and Scenery of the Great Metropolis in the fifty-ninth year of the Reign of her Majesty Queen Victoria.
Publisher: Cassell & Company, London. 1896. Author’s archives.

Books by this author:

Moriarty
(Illustrated Compiler of
The Devil’s Grin, The Fall,
&
The Journey
)

The Lion’s Courtship
(A Prequel to
The Devil’s Grin
)

Find out more at:

And soon the rotting corpses tainted the air and poisoned the water supply, and the stench was so overwhelming that hardly one in several thousand was in a position to flee the remains of the Tartar army.
Gabrielle De’ Mussi, 1348, on the Siege of Caffa

For this moment, this one moment, we are together. I press you to me. Come, pain, feed on me. Bury your fangs in my flesh. Tear me asunder. I sob, I sob.
Virginia Woolf

S
omething cold pushed my head into the straw mattress. Two sharp clicks and the smell of metal sent my heart slamming against my chest. The gun’s mouth was pressed flat against my temple. If fired, the bullet would rip straight through my brain, driving blood and nerve tissue through the mattress down onto the floor. If the gun were tipped a little, the bullet would circle inside my skull, leaving a furrow in the bone and pulp in its wake.

‘Dr Kronberg,’ a voice echoed through the dark. ‘Get up slowly, if you please.’

I opened my eyes.

‘Sit over there,’ he rasped, waving a lantern towards the table. I obeyed and the small chair gave its usual quiet squeak. A match was struck. Sulphur stung my nostrils. A candle cast the room into unsteady light.

A man of approximately fifty years sat across from me. A face chiselled in hardwood, cracked by tension and ageing, his demeanour commanding strict obedience.

‘You are good at hiding,’ said he. Waves of goosebumps rolled over my skin. He looked at me, waiting for a reply that did not come. What could I possibly say? Obviously, I hadn’t been hiding well enough. My tongue glued itself to my palate. The wrong word might end my life in an instant.

Suddenly, my ears picked up a sound. The floorboards had produced a lone pop, raising the hair on my neck as though to assess the danger lurking behind me.

‘Last spring, a group of medical doctors were captured by the police and led to trial. Only one month later, they found their end at the gallows,’ he said.

I remembered that day — sitting on the very same chair I had read about the hanging of sixteen medical doctors along with the superintendent of Broadmoor Lunatic Asylum and four of his guards. What a spectacle that must have been for the Londoners! Details about their deeds, however, the abductions, murders, and medical experiments on paupers, had not been reported.

The tiny hairs on my neck ached, pricked by a noise so low I almost missed it — calm breathing, just behind me and far up.

‘All but one,’ the man interrupted.

Shock had broadened and sharpened my senses in the most exhilarating fashion. My first assumption was that the man behind me was a backup, someone to break my neck, if needed. I coughed, flicked my gaze towards the window and back again. For a short moment I closed my eyes, examining the reflection burned into my mind: the small prick of candlelight, the table, the man sitting, myself in a nightgown, and a tall, slender figure behind me. I opened my eyes, hoping the behaviour of the man facing me would tell me more about the other.

‘We were surprised to learn that Dr Anton Kronberg overpowered Mr Sherlock Holmes and made his escape.’

My hands grew cold. It finally clicked — the Club. Holmes had given that dubious title to the group of medical doctors who tested deadly bacteria on workhouse inmates. It had taken us months to round them up. Yet we were unable to identify the head of the organisation who had caused so much suffering and death. Ever since my escape to the Downs, I had feared he would find me and take revenge. I eyed the man in front of me, wondering why he talked to me at all and what might be coming before he pulled the trigger.

‘We were even more surprised as we found Anton Kronberg — a carpenter in a German village. An old man with a single child — a daughter of exactly your age,
Doctor
Anna
Kronberg.’ He flashed a smile, displaying a row of yellow teeth.

I made an effort to slow my frantic heart, trying not to think of my father or what might have been done to him. The man behind me seemed calm; his breathing had not changed in the least.

‘You do say rather little.’

‘You have not asked a single question,’ I croaked.

No audible reaction from the man behind. The man facing me smiled a thin line and fingered his gun. His eyes were glued to my face, while mine flicked between his and the weapon’s hammer. He repeatedly pulled and released it.
Click-click. Click-click.

‘Indeed,’ he said. ‘Will you admit to these accusations?’
Click-click.

‘Your accusations must have escaped my notice.’

The clicking stopped. The man’s eyes flicked sideways and back at me again, as though he wanted to check with the other man, but could not reveal that man’s presence by looking at him directly. Behind me, I heard a faint smack. It made me think of wet lips being pulled apart. He must be smiling. For a second I had the insane thought it was Holmes.

‘Do I amuse you?’ asked the man in front of me.
Click-click. Click-click.
He had both arms

placed on his thighs, leisurely holding the weapon between them. The lantern at his feet seemed to illuminate only the triangle of knees, hands, and gun. The light reflecting off the hammer’s silvery tip, polished by repeated toying, stung my eyes.

He waited. We both did. And then I made a mistake. ‘What does a man from the military want from me?’ It was only a guess based on the few things I had seen.

He growled, ‘What do you know?’ before noticing that he, too, had made a mistake.

‘Not much. Only that you broke into my cottage to press your beloved gun to my head and tell me things I already know. And there is a man behind me who is very calm, approximately six feet tall and very lean. He is most likely the brain, while you are the brute.’

There was no time to flinch before his fist hit my temple.

Whispers penetrated my ears. I heard a groan; it came from inside my chest. My head drummed arrhythmically, throwing blue flashes of light on the inside of my eyelids. I lay flat on my mattress, my hands bound across my stomach. The whispering stopped. I opened my eyes and turned my head. Both men looked at me.

Gilt by Katherine Longshore
Fifth Avenue, 5 A.M.: Audrey Hepburn, Breakfast at Tiffany's, and the Dawn of the Modern Woman by Sam Wasson
Baltimore Noir by Laura Lippman
The Broken World by J.D. Oswald
Dead And Buried (Cooper and Fry) by Booth, Stephen
The Loner by Geralyn Dawson
The Rampant Reaper by Marlys Millhiser
World of Steel (Humanity fall Book 1) by gamez, gina
The Redhead and the Preacher: A Loveswept Historical Romance by Sandra Chastain
Ammunition by Bruen, Ken