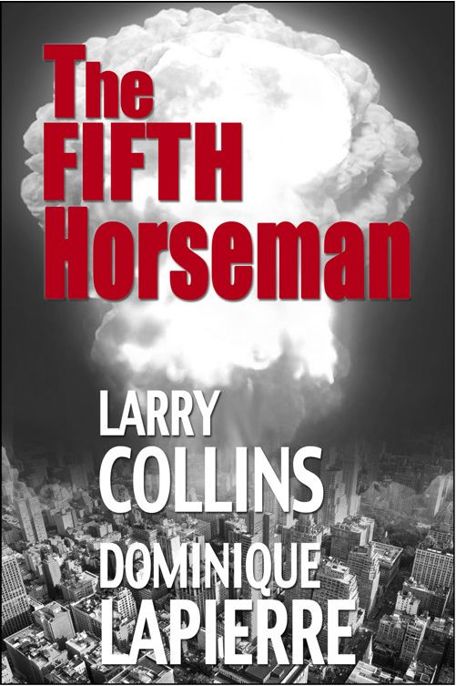 Annotation
The Subject: The ultimate terrorist threat.
The Target: New York City
In Libya, Colonel Muammar al-Qaddafi has secretly, painstakingly succeeded, with the help of borrowed and stolen Western technology and his immense oil revenues, in constructing a three-megaton nuclear device.
His target is not Jerusalem, but New York; his aim is to hold the city for ransom against the establishment of an autonomous Palestinian state. If he does not get his way, the bomb, smuggled into the country and hidden, will go off in thirty-six hours, killing millions of New Yorkers.
There are just 36 hours to save 8,000,000 people from a threat they can't even be warned about — a threat that could be happening as you read this…
Larry Collins, Dominique Lapierre
The Fifth Horseman

And I looked and behold a pale horse: and his name that sat on him was Death, and Hell followed with him. And power was given unto them over the fourth part of the earth, to kill with sword, and with hunger, and with death, and with the beasts of the earth.

Captured by the Pirate Laird by Amy Jarecki
Texas by Jim Thompson
Jakob’s Colors by Lindsay Hawdon
Trick of the Light by David Ashton
The Safety of Objects: Stories by A. M. Homes
And One Rode West by Graham, Heather
In Death's Shadow by Marcia Talley
Rocking Horse War by Lari Don
Ignatius MacFarland by Paul Feig
Cooper (The Family Simon Book 6) by Juliana Stone