Read The Fight for Us Online 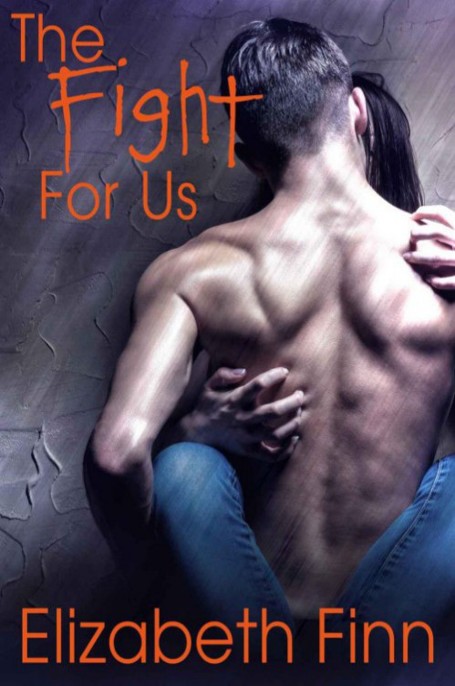 No part of this publication may be reproduced, stored in a retrieval system, or transmitted in any form or by any means, electronic, mechanical, recording or otherwise, without the prior written permission of the author.

This is a work of fiction. The characters, incidents and dialogues in this book are of the author’s imagination and are not to be construed as real. Any resemblance to actual events or persons, living or dead, is completely coincidental.

Thank you to my beta babes who made writing this book such a fun adventure! It was a joy sharing this with you all! I’ve known one of you since we were five years old, others I’ve known for many years, and some I consider new friends. But you’ve all had an impact on me, and I appreciate you very much. Jen Anderson, Jenny Ballenger, Anna Champion, Tisha Creger, Shannon Slane, and Karen White – XOXOXO.

Thank you to my editor Marci Clark. You’re always a joy to work with. You make my inability and unwillingness to master grammar take a backseat to the story I want to share, and for that, I thank you. P.S. I love that you’re a fellow Iowan. That means you rock in my book!

A huge thanks to cover artist Valerie Tibbs! I love your work, and you’ve taken my ideas and turned them into something other than the ridiculous Microsoft Publisher mock-up I provided you. You’ve made The Fight for Us look sexy!

And finally, thank you Write Into Print, because I can’t be bothered to figure out the technical mumbo-jumbo you do, and I have a migraine just thinking about it!

This e-book is intended for mature audiences and contains adult language and scenes.

Blurb – The Fight For Us

When Isaiah moves his teenage daughter Natalie to a new town, there is little doubt he’s running away from the past. But what should have been a fresh start for them ends up fraught with pain and heartache when Natalie becomes the victim of intense bullying at her new school.

When Joss is called to a meeting with the high school principal to discuss her daughter Harper’s involvement in the bullying of a new student, she’s shocked to say the least. Her daughter can’t possibly be
that
child.

It’s a rocky start for Joss and Isaiah as they try to set their daughters on the right path. But there is more to Joss’s and Isaiah’s connection than just two teenage girls. Joss’s and Isaiah’s attraction to one another is undeniable, regardless of their fractious start. But his soul is broken, and as much as he’s drawn to her, he’s equally terrified of what that means.

Is Isaiah strong enough to let her get close to him?

Life sometimes forces you to make those choices whether you’re ready to or not. And when Joss’s life is turned upside down, Isaiah has to decide if he’s ready to leave his past behind and live again, or if he’s going to watch what he’s come to care so much for slip away. Isaiah’s fight is profound. Joss’s is too. And their strength to withstand it all is brutally tested.

Sometimes the willingness to fight for another is all a person has left to give. And sometimes the fight is the most important gift of all.

The Fight For Us

Blurb – The Fight For Us

Part I: The Fight

Part IV: Fight for Us

“You can’t do this to her!” Joss was seething at him. It would do little good, but she’d been given this chance to plea her case to the man in private, and she wasn’t going to pass it up.

“You’re really stupid enough to think this is about her?” His tone was cold, but his expression was nearly playful—sadistic and enjoying every moment of her misery. “How do you think that bargain basement attorney you hired is going to hold up against my legal team?”

She tightened her jaw and lifted her chin in the best show of confidence she could muster. “I think he’ll do just fine. Once the judge sees what an asshole you are—”

“Yeah, Joss, you just try it.” He dismissed her comment.

“Prove it. Crying victim now isn’t going to get you far. Surprised your ten-dollar-an-hour attorney didn’t mention that already.”

Everything the man said implied he wasn’t worried at all. She knew that much to be true. He didn’t worry about much—never had. And he’d nailed her on this too. Her lawyer
had
said it. Why hadn’t she called the cops when he’d been violent? Why hadn’t she tried to get a restraining order? Why hadn’t she done anything at all to draw attention to the monster he was? She had more shoulda, woulda, couldas than any one logical person would ever amass.

Now, she was squaring off with the man ten minutes before they were due back in court, trying to intimidate him, when in truth, there was little question she was the one intimidated. Stupid girl. She’d always been stupid when it came to him. She’d been stupid when she’d met the man when she was still in college. She’d been stupid when she’d ignored the warning bells going off in her head even as she walked down that damn long aisle on their wedding day. And she’d been stupid not to run the first time he’d beat the shit out of her. She was just a damn stupid girl. And a custody hearing wasn’t the time to finally be pulling her head out of her ass. She should damn well have wised up long ago.

“Go ahead, Joss. Tell the judge I’m abusive. I dare you.” His eyes narrowed as he threatened her. “I’ll have five eye witnesses here tomorrow morning ready to testify that you’re an unfit parent. Drinking, drugs, child abuse, neglect.”

“That’s not true. None of it!” She cried incredulously.

“It doesn’t have to be. So long as I have people willing to say it. What do ya wanna bet I can even plant some evidence in your apartment? You forget the amount of money I have at my disposal, dear. It’s more than you’ll see in a lifetime. And it can buy a lot of things—friends, witnesses, who knows, a cop or two.” He smirked again. “So you go right ahead, Joss. We’ll just see how well it works out for you.” He approached her, and she instantly stepped back. “Come on, babe, we can be friends. Can’t we?”

She cringed. He was invading her space, but even as her heart raced, she forced the words from her mouth. “You don’t have friends. You have paid groupies that kiss your ass and whore themselves to you, hoping for a handout.”

He was too cold, cruel, and broken to have anything even remotely resembling real friends, and the amused smile on his face was proof of that—hell the scar on her chin was a daily reminder for Joss.

Joss used to wonder what malfunction had turned him into such a monster. It hadn’t been apparent at first, though to say there were no signs wasn’t entirely accurate either. He’d always been just a bit too cool, too unemotional. She’d taken it for maturity; he was four years older than her, after all. Hell, she’d even been drawn to his steady, unyielding, and calm manner when she was younger. But that coolness had chilled to ice once they were married, and the calm had turned calculated and sadistic. No, she certainly no longer wondered where the malfunction came from, only how she was going to keep their daughter away from it.

And now, as she looked into those icy cold eyes, she knew…this had been a useless idea—hell, it was horrifying just being alone in the same room with him. This was a battle better left for the courtroom, and she hoped like hell that bargain basement attorney of hers could hack it, because she’d die before she handed over custody of their daughter to a violent, sadistic bastard like him.

When she walked toward the door, he grabbed her arm as she passed him. She yelped as the panic hit. When his fingers dug deep into her skin, she gritted her teeth and stuffed that panic down. She couldn’t show him her weakness right now. He was good at using that weakness against her, and she simply couldn’t afford it.

“Well, if you don’t want to be my
real
friend, be my paid groupie. Whore yourself to me. I’m sure we could come up with a mutually beneficial agreement—avoid all this courtroom nonsense.”

She yanked her arm away, but he turned and followed her to the door, holding it shut as she tried to pull it open.

“You’re going to lose.” His tone was beyond threatening as he leaned to her ear. “My lawyers have already gotten your little Prozac need into court. Wanna see what else we can come up with? Don’t be stupid, Joss.”

There was that damn word again. Stupid. She stood staring at the door, frozen in place. Her heart was pounding. Just being close to this man made her body tremor in fear. His attacks were nearly always swift and unexpected. He liked to keep the element of surprise on his side, and she wasn’t entirely sure even a courthouse would be enough to dissuade him from showing her just who was in control.

“Get out of my way, Todd.” She forced herself to breathe calmly even while the panic was creeping in and the need to flee grew second by agonizing second.

He was entirely too close for comfort. Ever since leaving him a couple months before, she’d become accustomed to not living in fear for her daughter’s and her safety every second of the day. But his proximity now was an ugly reminder of what that terror felt like—an ugly reminder she preferred to keep in the past.

“How about the marijuana you were busted with in college? Might have only been a dime bag—nothing really but recreational college bullshit. S’pose the judge will see it that way—especially in light of everything else we’ll come up with?”

“It’s only blackmail if you refuse and you can prove it. Agree, and it’s nothing more than a mutually beneficial agreement between friends. It will be so much easier on our little angel.” He crooned in mock-adoration.

“Stop acting like you care!” She yanked again on the doorknob as he held the door shut.

But that comment lit a fire in him, and as he grabbed her arm, he spun her to face him, bringing his face right up to hers. She was panting, sucking in quick, sharp breaths and trying not to scream.

“I
don’t
care,” he seethed tauntingly. “I don’t care at all. Don’t you get it, you
fucking
idiot? I don’t care about any of it.” He reached for her cheeks and gripped her harshly with his thumbs digging into her skin. “It makes me the most powerful person in your world.” He was spitting his words at her, and she could feel that spit hitting her lips and chin as he gritted his teeth in a snarl. “You wanna defy me? Then I will destroy you. And I’ll enjoy every fucking minute of it.”