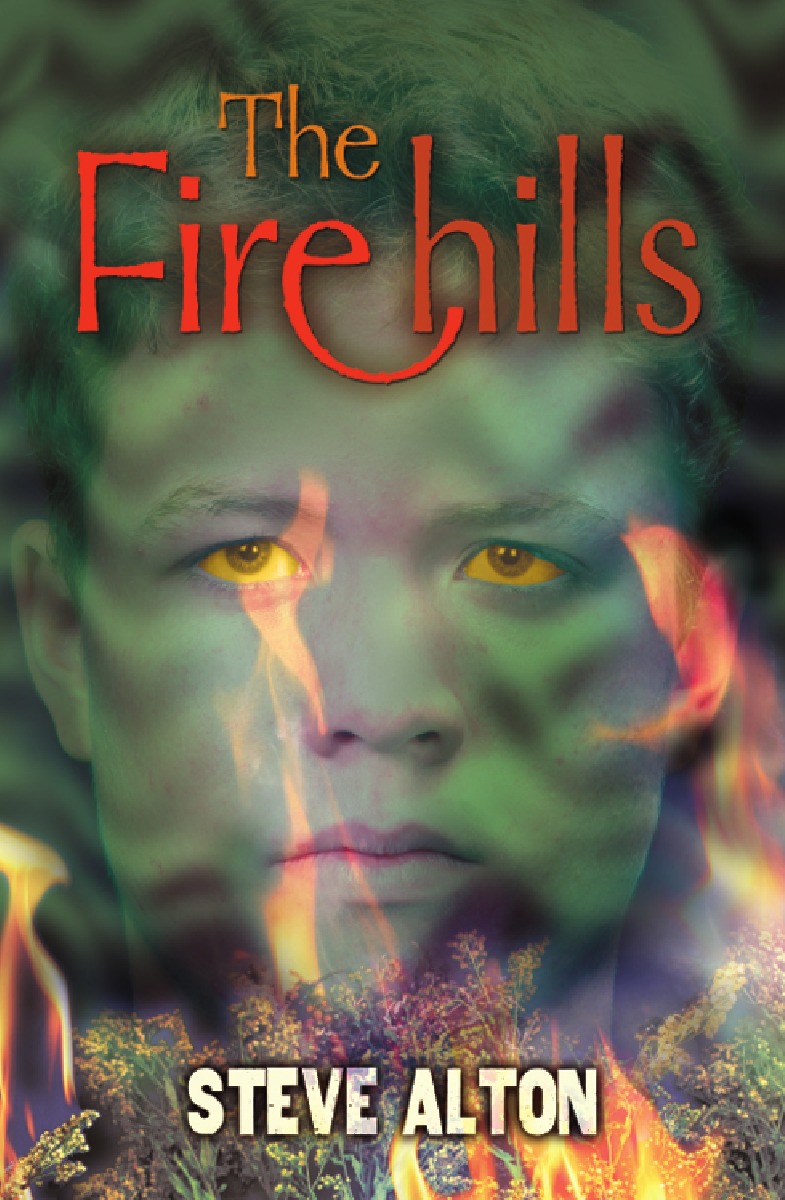 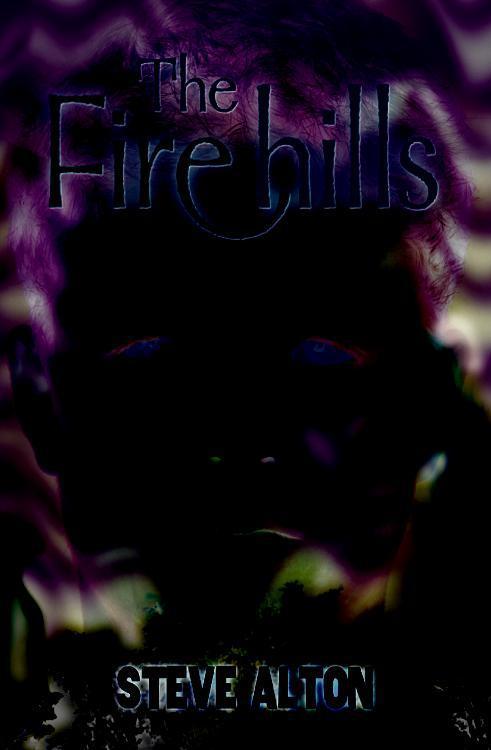 I would like to thank my wife, Karin, as ever; Dr. David
Morfitt, for excellent advice on all things historical; Jack Todhunter, who
continues to teach me; my team of volunteer readers—Sharon, Flo, and Anne;
and the people of the town of Hastings, for keeping the spirit of
Jack-in-the-Green alive.

Jacket photographs © 2005 Todd Strand/Independent Picture
Service All rights reserved. International copyright secured. No part of this
book may be reproduced, stored in a retrieval system, or transmitted in any
form or by any means—electronic, mechanical, photocopying, recording, or
otherwise—without the prior written permission of Carolrhoda Books, Inc.,
except for the inclusion of brief quotations in an acknowledged review.
Carolrhoda Books, Inc.

A division of Lerner Publishing Group

The Firehills / by Steve Alton.

Summary: Charly, a recently initiated Wiccan, and her
friend Sam reunite at the Green Man Festival in England, and this time find
themselves battling the Sidhe, ancient faeries who are trying to conquer the
world. eISBN: 0-8225-6303-7

Legends of a nonhuman race, inhabiting the land since
ancient times and possessing magical powers, are common among the Celtic
peoples of northern Europe. They were variously known as elves, fairies (or
faeries), the Good People, or the Gentry. In Gaelic they were called the
Sidhe—pronounced SHEE—which was also the word for wind. For this reason,
they were known as the People of the Wind. The Sidhe may be the same race as
the Tuatha de Danaan—pronounced THOO-a-hah day DAH-nawn. These people
traditionally lived in Ireland before the invasion of the Milesians, a Gaelic
tribe from Spain.

She is of the Tuatha de Danaan who
are

unfading . . . and I am of the Sons
of Mil,
who are perishable and fade away.

in
The
Colloquy of the Ancients

Sam stood on the worn grass of the playing field, his coat
collar turned up and his hands thrust deep in his pockets. High above him, a
lone kestrel hung in the wind, a dark speck against the hard blue sky.

Sam shifted the focus of his mind, and suddenly he was
looking down on himself, a hunched figure far below, dark against the green
grass. Gazing out through the kestrel’s wild yellow eyes, he felt the play of
wind along the surfaces of its wings. Its tail feathers flexed and shifted as
it battled to hold its position in the face of the gale. Easing himself into
the hot flicker of the bird’s mind, Sam
became
the kestrel, giving himself over to its fierce instincts as he scanned the
grass for signs of prey. The gusting wind sent ripples through the chestnut
feathers of his back. In an ecstasy of sky and air, he opened his beak and gave
a high, harsh cry. Hanging there against the blue, he thought about how his
life had changed since the events of the previous summer. Before that
vacation—and his fateful encounter with the bard Amergin—life had been so
simple. His greatest challenge had been to finish the latest computer game, his
most serious concern how to avoid his parents and their endless museum visits.
And then he had awakened Amergin from an ancient sleep and found himself
plunged into a world he had never imagined. A world where dark creatures
stalked the land, and magic filled the air. Hailed as a long-awaited hero, he
stumbled from crisis to crisis, aided by Amergin and Charly, his newfound
friends. In the end, though, he had been alone. His strange encounter with the
Green Man and the final, desperate battle with the ancient evil of the Malifex
had taken place far from any aid. And so it should have ended. Wasn’t that
how it happened in books, after all? The bad guy destroyed, the world saved,
the hero returned from the field of battle?

Everything is back to normal. Except . . . something
remained. The Green Man was gone, as was his evil twin, the Malifex. Their
power was dispersed, back into the land from which they had been born. But
something lingered from Sam’s encounter. When he had taken on the Green
Man’s powers for that short time, some bond had been formed. If that power
was dispersed, then some of it, at least, lingered around Sam and marked him
out as
differ
ent
. An
outsider—a stranger in his own world. Off in the far distance, a bell rang,
and instantly Sam was back in his own body once more. The kestrel, free of his
control, wheeled out over the chain-link fence that marked the boundary of the
playing field and was soon lost to view. With a sigh, Sam turned and began the
walk back to the line of school buildings, gray and unwelcoming in the
distance.

Megan bustled around her workshop, humming under her
breath. An assortment of cardboard boxes stood on the workbenches, shredded
paper spilling out of them and on to the floor. She paused before a shelf,
glasses perched on the end of her nose, and peered at the line of pottery
faces. Tucking a strand of auburn hair behind her ear, she selected three and
carried them over to a box, where she nestled them gently among the paper
strands. The door clicked open, and Charly burst in, jumping down the steps and
giving her mother a brief hug.

“Getting there,” replied Megan. “Just a few more of
the Green Man plates, then I’m all packed.”

“Shame.” Charly grinned. “I was going to offer to
help. Amergin’s leaping round the living room helping Buffy slay vampires. I
thought it might be safer out here.”

“A holiday will do him good. He’s going square-eyed in
front of that TV. Are you looking forward to our little trip?” Megan asked
knowingly.

“Mu-um!” Charly blushed. “I’m going. I’ll take
my chances with Amergin. Give me a shout, and I’ll help you load the car.”

“Even better,” replied Megan, “send Square-eyes out
here to give me a hand.”

A few minutes later, the workshop door clicked open once
more, and Megan glanced round, smiling. A tall, middle-aged man was framed in
the doorway, piercing eyes beneath a sweep of graying hair. Closing the door
behind him, he dropped lightly down the short flight of steps and strode across
the room.

Megan detected an air of excitement about Amergin as he
bent and kissed the top of her head. “Go on,” she said with a sigh, “What
now?”

Amergin’s face broke into a grin. “I have seen a man
of the most amazing powers! Superhuman strength, astonishing speed, the ability
to see through solid matter! And all this used in the service of justice—”

“Did he have a red and blue costume?” asked Megan
wearily.

“Superman. That would be Superman.”

“I thought as much.” Amergin sighed. “Oh, well. I
must return,” he continued, brightening. “Buffy’s on!”

Ever since Amergin had awakened from his ancient sleep in
the burial mound on Brenscombe Hill behind Megan’s farm in Dorset, he had
been like a child in a sweetshop. Everything around him was fresh and new, and
his keen mind soaked up information from every available source. Television was
his great passion. Megan was becoming concerned that he was receiving too much
information too soon. The wizard lacked the background knowledge to separate
fact from fiction, great drama from soap opera.

Megan watched his retreating back as he clattered up the
steps, already practicing his vampire-slaying moves. She smiled to herself,
tucked the strand of hair behind her ear once more, and returned to her
packing.

In ones and twos, they made their way along the narrow
streets of the town. Without seeming to try, they kept to the shadows. Only
rarely did the orange glare of a streetlight fall on pale skin or glint on
silver jewelry. The late-night holiday visitors making the circuit of pubs and
clubs barely noticed them. Such sights were common. Every town had Goths,
groups of surly youths and sullen teenagers, rebelling against conformity by
dressing alike—black hair, black clothes, black looks in pale skin. From
across the town they came, converging on a small door in an otherwise
featureless expanse of brick wall. A dull, rhythmic thudding seemed to come
from beneath the flagstones of the pavement. Above the door, a spidery sign in
purple neon flickered on and off: The Crypt. Down a winding flight of stairs,
past blank-faced security staff they paced, bolder now that they were
underground. With a contemptuous push, the final doors swung open, and they
plunged gratefully into their element. The noise here was deafening, a
relentless pulsing felt in the chest as much as heard, making conversation
almost impossible. Smoke and dry ice hung in the air, lit by the staccato
flicker of a strobe light. Black-clad figures stood in small groups or huddled
around tables, staring into the smoke or down at the stained purple carpet. One
or two looked up as the double doors swung open once more and the latest
arrivals made their entrance.

A man and a young woman strode across the room, and many
pairs of eyes followed them. The furtive air that had marked them in the
streets above was gone now. They walked with their heads high, he with a look
of fierce ownership, she with an amused half-smile. He wore black leather pants
and a baggy white shirt, collarless and unbuttoned to mid-chest. Its flaring
cuffs emerged from the sleeves of a long, flowing black overcoat. She wore what
seemed to be a wedding dress, a sweeping creation of silk and lace complete
with veil and train but all of it as black as midnight. Collecting drinks from
the bar, Finnvarr and Lady Una moved to join a group leaning against a
mirrortiled pillar and took up their positions. After exchanging nods with
their companions, they stood in apparent silence, faces expressionless once
more, seemingly lost in the pounding music. But between their minds, a mental
conversation flickered like summer lightning.
Welcome, my
lord,
thought one of the figures against the pillar, staring with
apparent boredom at the dance floor.
Welcome. Aye,
welcome,
chorused the others. Finnvarr inclined his head slightly in
acknowledgment. His consort favored the group with a smirk.

What news, my lord?
inquired
a girl with black lips and a mane of purple hair.

We failed once more,
came the
mental response, cold and clear.
Some power blocks us—I
feel it. It is strong, but
somehow . . . I cannot
see it. It is hidden from me.
But how can that be?
asked a thin youth with a narrow face and a sneering mouth.
No sorcerer remains who could
resist
us!

Fool!
snapped the Lord of the
Sidhe, the look of boredom dropping from his face for a moment. The sneering
youth quailed, his eyes downcast.
Do you dare to tell me
my
business?
Regaining his composure, he
continued.
Some
great power of
the Elder Days lingers on. I feel it hovering on
the edge of my reach. Something or someone acts as a focus
for
that power and blocks our efforts. We will
never take up the
mantle of the Dark One while ever
that power remains.
A mortal, my lord?
asked another.