Read The Flash of a Firefly Online

The Flash of a Firefly 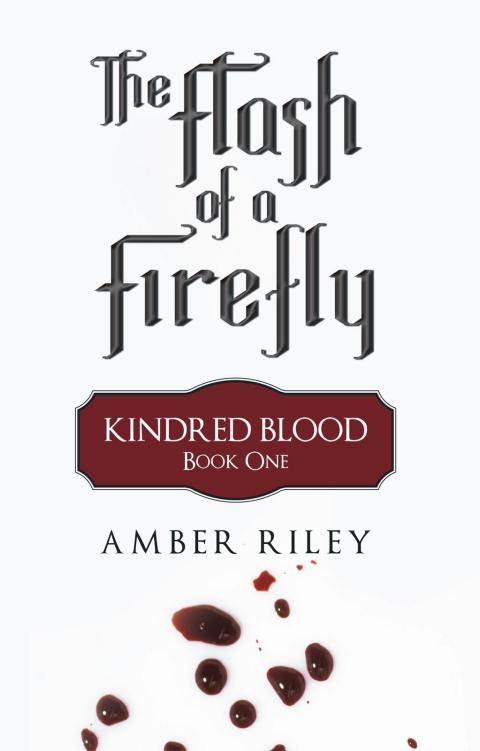 The Flash of a Firefly

This is a work of fiction. All of the characters, names, incidents, organizations, and dialogue in this novel are either the products of the author’s imagination or are used fictitiously

iUniverse books may be ordered through booksellers or by contacting:

Because of the dynamic nature of the Internet, any Web addresses or links contained in this book may have changed since publication and may no longer be valid. The views expressed in this work are solely those of the author and do not necessarily reflect the views of the publisher, and the publisher hereby disclaims any responsibility for them.

For Nonny and Poppy, who have always been there through thick and thin.

“What is life? It is the flash of a firefly in the night. It is the breath of a buffalo in the wintertime. It is the little shadow which runs across the grass and loses itself in the sunset.”

As a self-respecting vampire, I shouldn’t lurk around cemeteries. It was creepy and cliché, not to mention pointless. The only people there were six feet under. Lucky bastards.

I sighed and leaned my head against the bark of an oak tree. Sirens were blaring somewhere in the city, but everything was still and quiet among the headstones.

I flicked my cell phone open. There were no missed calls. What could be taking Merv so long? He didn’t answer when I called him, and he had never been late in the six months he had been working for me. It was his one redeeming quality.

His exact words to me the first time we met were, “I’ve always known Dracula was real. I’ve seen all the movies. You don’t look like I thought you would. Where’s the cape?” It was not the greatest first impression.

About nine years before Bram Stoker wrote his novel, Dracula had been killed by the Enforcement Team for calling too much attention to us. People still talked about Jack the Ripper.

I chuckled and glanced at my cell phone again. Maybe I had enough blood to last me through the next couple of days. There was a lot to do the next few nights, though. I would probably use up my supply before we could reschedule. There was nothing to do but wait.

A mouse skittered along the base of a nearby angel statue. It froze ten feet from the tree I was leaning against and watched me. I looked it straight in its beady little eyes and participated in the world’s stupidest staring contest. I would have won, too, but a set of headlights caught my attention as a dark green Festiva rolled slowly around the bend. It was about time.

The gears screeched as the driver threw the car into park. Merv fought with the door for a little while before rolling the window down and using the outside handle. He finally hopped out, huffing and puffing, with a giant smile on his freckled face.

“Hi.” He waddled forward, pulling my suitcase behind him. His smile faltered when he saw me scowling. He pushed his glasses up his nose with a pudgy finger. “Sorry, Kaden.”

“I’m assuming you have a good reason for keeping me here for over an hour.” Truthfully, I didn’t really want to hear the lame excuse he would come up with, but since I didn’t like him, I didn’t feel like letting him off completely scot-free.

“I g-got held up at S-Sid’s,” he stammered. “There was this guy that wanted to fight me.”

He shrugged. “Reece was there.”

I held my breath as my irritation rose to the surface. If I was paying the two strongest werewolves in the city to keep an eye on the moron, then I didn’t expect to hear he was fighting with anyone.

“Then what was he doing?” I asked.

“He was … You know, I don’t need anyone to babysit me.” He peered over his glasses at me with a defiant look and rambled on about being an adult.

It was part of the deal. He supplied me with blood, and I kept him out of danger. None of the men before Merv had been this difficult to keep intact. Granted, he had never gotten into a bar fight before, but he was perfectly capable of being troublesome in other ways.

Merv puffed his chest out and ended his tirade with, “I can look after myself.”

“Of course you can, Merv.” I flicked a bug off my sleeve. “Nevertheless …”

“Vampire?” I interrupted. He had my attention now. “What vampire?”

He looked at me like I was an idiot and spoke slowly like he was talking to a small child. “The one that wanted to fight with me at Sid’s tonight. Were you listening to me?”

As far as I knew, vampires didn’t go to Sid’s bar. It was more of a human hangout than anything else. Maybe a werewolf here and there. Something was wrong. I grabbed the suitcase from Merv and turned to go.

“Hey, are you going to do some vampire stuff tonight?” He clasped his hands in front of his chest and started following me.

He mumbled something under his breath and stormed back to his car. He could be mad. I was the one that waited an hour in the middle of Calvary Cemetery just to humor him.
Deep breaths
, I told myself. It was only another couple decades until I would get a replacement for him.

I didn’t find that thought very comforting as I rushed from the cemetery. I could still make it to Manhattan if I visited Sid in Queens first. There were hours before daylight.

I ran by a used car lot surrounded by a tall chain-link fence at a speed the human eye couldn’t detect, and rounded the corner. There were several coffee shops and restaurants still open within the next two blocks, and people were milling around outside. An older man was selling meat kabobs from a cart on the corner. The smell from the grill traveled half a block before disappearing into the night.

My destination wasn’t far. Another block, and—

I came to an abrupt stop inches away from a group of people exiting a bar. They piled out onto the sidewalk, laughing and talking, totally oblivious to the world around them. At least they were too drunk to realize how quickly I appeared next to them.

I took a deep breath and stepped forward before freezing in place. I had to blink repeatedly to make sure I wasn’t seeing things. There was a face among the women who had just cut me off that was familiar. Too familiar.

Long, dark hair cascaded down her back in waves, and her pale skin stood out against her little black dress. It was impossible. The person I was thinking of was in Spain. I blinked again and watched as they piled into one of the cars parked at the curb.

You’re seeing things,
I told myself. But if it was who I thought it was, then there was going to be trouble. The feeling that something was wrong multiplied tenfold. I watched, numb, as the car drove past me. I had to find out what was going on.

Another block down, I stopped outside Sid’s. There was a new sign hanging above the door. Bold blue letters were carved into a massive piece of wood with gold etched onto the border. It was amazing to me that he would spend money on something like that when the walls inside were stained a dingy yellow from years of smoke, and the floor was in desperate need of refinishing. The cushions on the bar stools were cracking, and the felt on the pool table was starting to wear thin. New light fixtures wouldn’t be a bad idea. Despite all that, Sid had a decent number of customers every night. Two-for-one specials and attractive bartenders could really bring in a crowd.

I pulled the suitcase over the threshold and quietly hid it behind a long jacket hanging on the hook near the door. If anyone wanted to steal a bunch of blood, they could be my guest.

Reece was moving around the end of the bar with a broom in one hand and a dustpan in the other. He was wearing a T-shirt with an eighties band logo scrawled across the chest, and his blond hair was crunchy with gel. The picture-perfect college kid; no one would ever suspect that he turned furry at least once a month.

He was concentrating on emptying the dustpan when I appeared next to him. He jumped, dropping the lid to the garbage. He fumbled with it for a moment before setting it back on top of the can. “God, Kaden. Be careful where you do that whole appear-out-of-thin-air thing, would you? We’ve got customers.”

I smiled sarcastically, making sure my fangs were hidden. “Tell me what happened with Merv tonight.”

He grabbed a rag and started scrubbing the water stains from the bar. Red began creeping up from his neck into his cheeks. “Honestly, I don’t know what happened.” With the buzz of chatter and music surrounding us, it was hard to hear his whispers. “One second
they
were sitting there; the next second the guy had his hands around Merv’s throat.”

A man at the bar pushed an empty bottle toward Reece. He grabbed it and threw it into a large bin beneath the bar. “Hey, can I get another one?” he asked. Reece ignored him, continuing to scrub. “She was really pretty with dark hair. The guy had a little bit of an accent. Why? What’s up?”