Read The Force of Wind Online

The Force of Wind 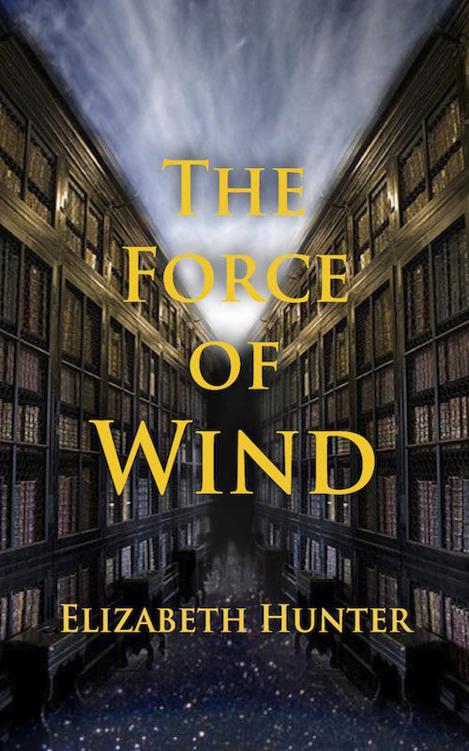 The Force of Wind:

The Force of Wind

All rights reserved. No part of this book may be used or reproduced by any means, graphic, electronic, or mechanical, including photocopying, recording, taping, or by any information storage retrieval system without the written permission of the publisher except in the case of brief quotations embodied in critical articles and reviews.

This is a work of fiction. Names, characters, places, and incidents are the products of the author’s imagination, or are used fictitiously. Any resemblance to actual persons, living or dead, business establishments, events, or locales is entirely coincidental.

Cover Design: Flash in the Can Productions

The scanning, uploading, and distribution of this book via the internet or any other means without the permission of the publisher is illegal and punishable by law. Please purchase only authorized electronic editions, and do not participate in or encourage electronic piracy of copyrighted materials. Your support of the author’s rights is appreciated.

For information about the Elemental Mysteries series, please visit:

Other books by Elizabeth Hunter:

For my dear friends:

to those who inspire me

to those who challenge me

for all I have met along the way

Many thanks, as always, to my amazing reading and editing team: Kristy, Lindsay, Sarah, Kelli, Sandra, and Molly. You girls are amazing. I couldn’t do this without you.

Thanks to my editor, Amy Eye. Your work is as fantastic as your enthusiasm and dedication.

Thanks to my family: to my very patient husband and son, who often fend for themselves while I’m writing and who give me the love and encouragement to keep going. And to my parents, brothers and sisters, your pride and encouragement is an inspiration to me.

To the readers who buy my books, send me e-mails, review, and tell their friends; who offer encouragement, enthusiasm, and so much more, a thousand thanks. You’ve let me into your imaginations, and you’ve let these characters into your hearts.

I cannot thank you enough.

The little reed, bending to the force of the wind, soon stood upright when the storm had passed.

F
u-han watched the passing boats in the late afternoon sun, carrying their people and wares to the small town just a few miles away. The sun glinted off the surface of the Nine-Bend River and a breeze stirred, swirling the air and tickling the red and gold leaves from the trees. They whirled and twisted in the wind, fluttering down to lay along the edge of the water and drift downstream, carried away by the burbling river.

“Master, do we need more of the moss?”

The old man brushed a few leaves from his faded grey robes and glanced down to the young brother who was gathering moss from a rock along the bank. The young man had good eyes, stronger now than the eyes of the old man who taught him. Fu-han held his gnarled hand out and motioned to the young man, asking him to bring the basket closer to his eyes.

“Is that all we need from this part of the forest? Are the mushrooms here the correct ones or do we need to go upstream?”

The old man gave a crooked smile. Elder Lu was wise to choose this young one to be his apprentice, despite his impatience. Impatience, Fu-han knew, could be mastered, but perception such as the boy’s could not be taught. The young man already perceived even a slight difference in the hours of shade could impart a different character to an ingredient.

“We have enough for this remedy. These mushrooms are fine for healing. Do we have all the other ingredients?”

The young man glanced at the slip of paper in his hand. “Yes, Master.”

“Then, let us begin our walk back,” he said with a smile.

The young man held out his arm for his teacher, who grabbed it along with his walking stick. They started up the small dirt path to the monastery, which was tucked into one of the creeping river valleys of the Wuyi Mountains in Southern China. The humid air was soft in the early evening, and the old man was glad that one of the young brothers had already come down to light the lamps along the path.

“Is it true we will have visitors coming tonight?”

“Yes,” the old man nodded, “Elders Zhang and Lu. They are bringing another immortal with them, a scholar. The scholar carries a book we will have the opportunity to study.”

“It is an old manuscript. From the West. The Elders think we may be able to help the young immortal to interpret it.”

The old man chuckled. “They do. But then, I am only an apprentice to Elder Zhang.”

“Why does he not study the book himself?”

“The Elders have many important things to do.”
Like indulge in the new wine
, the old man thought with a private smile. “And I am Elder Zhang’s oldest student. I accept the honor with happiness.”

They walked for a few more minutes, slowly climbing the old stairs as twilight fell and the mist crept up the mountain.

“Why did you not join the Elders when they asked?”

The old man glanced at the setting sun and then up at the tall young man who helped him along the path. It was an important question, so he took his time in answering.

“You will choose your own path, but I am happy to know I have only a short time more in this body. It has been a good life, and I have learned much. I will be ready to move on when death comes for me.”

“But the gift of immortality… is it not an opportunity for even more study? Think of the years you could teach others. Someday, you could be as wise as Elder Zhang.”

The young man’s cheeks reddened at the old man’s apparent arrogance. Fu-han was quick to continue.

“I do not understand.”

The old man gripped the young monk’s arm as he avoided a thick tree root that had worked its way through the old stone staircase. “The immortals carry the wisdom of our ancestors, but their own enlightenment is slowed by their long life.” As they climbed the stairs leading to the monastery, a small bird came and landed on one of the stone lanterns. Fu-han nodded toward it with a smile.

“Look at the thrush.”

The young man glanced at the small speckled bird as it cocked its head to the side, observing the two men as they moved up the stairs.

“What of the thrush?”

“What lessons might be learned from living in such a small, weak body?” The old monk smiled at the bird, which flicked its tail before flying to perch on the branch of a low-hanging conifer.

“The thrush has a most beautiful song, Master. One could learn to appreciate that.”

“You are correct. And is it a powerful bird?”

The young man smiled. “Of course not. It darts along the branches and eats only seeds and insects.”

“And yet, it does not worry about its life. It is a humble bird, as many small creatures are humble, but it has a beautiful song.” He paused to catch his breath on the stairs and looked up at the young man beside him. “We gain more enlightenment from weakness and loss than we do from strength and victory. That is the wisdom of mortality that our immortal elders cannot grasp. It is only the youngest of them that remember such humility.”

“But that wisdom is lost when you die,” the boy said with a frown.

“As it should be—to be discovered again by the young.” He reached a gnarled hand up to pat the young man’s cheek. “You will learn this. And when the time comes, and Elder Lu asks you if you would choose an immortal life, you will make your own choice, as all of those in your order do.”

They continued to climb, and Fu-han felt every creak of his joints. Soon, he would not be able to join the young monks as they gathered the plants and roots in the forest. Soon, he would take refuge in the collected wisdom of all those who had come before him and stay in the library and workrooms of the monastery.

“Which of the elements is most powerful?”

Fu-han smiled. It was a young question.

“There is no one element more powerful than the others.”

“It is
balance
that is most powerful. The elders know this; that is why there have always been eight, two from each earthly element.”

But it was the fifth element, the space between, that Fu-han thought of as he climbed the stone stairs. It was the elusive energy he felt quicken his own senses as he looked to the top of the stairs to see his old teacher jump from the branch of a tree to land on his toes.

Fu-han smiled as his companion took a sharp breath.

The ancient wind vampire floated down the stairs, his white robes fluttering in the dark along with his long, black hair. Though he was called ‘elder,’ Zhang had been frozen in the prime of his human life. His broad face was open and jovial as he greeted Fu-han and reached out an arm to help him.

“How is my old student this evening?”

The old monk smiled and gave a deep nod. “I am well, my teacher. We were not expecting you until much later.”

Zhang shrugged. “We took refuge in one of the caves today so we could be here early. Our guest was most eager to bring his book to the safety of the library.”