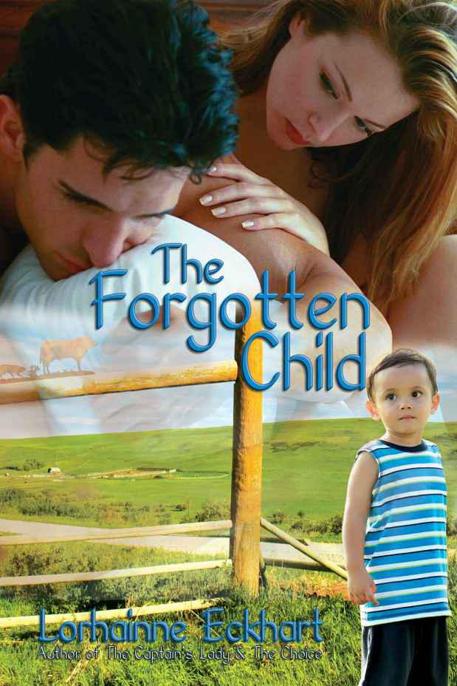 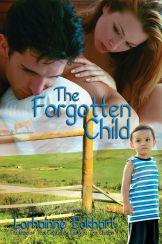 Discover other Titles by Lorhainne Eckhart

Every woman, at one time in her life, will experience the phrase,
I had an epiphany
. Well that’s exactly what happened this particular spring morning when Emily Nelson’s eyes popped open just as the sliver of light at the break of dawn crept up the horizon and, for a moment, there was peace. Until she blinked a couple of times and reality set in. She glimpsed the lump beside her in their king-size bed—her husband, Bob. Emily pushed back her thick, dark hair and slid to the side of the bed. She was hit by irritating turmoil, an unwelcome friend, twisting up her insides as if wringing out a wet rag. Not even a shred of interest existed for the man she once loved. She’d more empathy for the crotchety old geezer at the end of the street.

So what made this morning different? She didn’t know how to explain this awakening unfolding from deep inside, some place she thought had long since closed and sealed off. Find some courage. Believe enough in herself and then she’d soon be living a life that was hers, for the first time, filled with an amazing peace and hope. And that’s what compelled Emily to shake off her ten-year funk, throw her thin, pale legs over the side of the bed and get up.

Emily, a thirty-five-year-old average looking mother and wife, slipped on the ugly brown bathrobe her husband bought her this past Christmas. The one he meant to give his mother but got confused after he wrapped them since the boxes were identical. His mother got the old lady polyester pants with the elastic waistband meant for Emily, so she supposed she got the better of the deal.

She held her breath when she chanced a glance at Bob who lay softly snoring on his side of the big bed; the fact he was still asleep eased her anxiety. She suppressed a sigh of relief. She had no interest in spending time in a room with this man, any more than the grumpy old geezer up the street. Maybe that was why the knot in her tummy loosened when she left the room and stood outside daughter’s door. Katy, her blonde two-year-old beauty, was sleeping like an angel in the bedroom across the hall in their average, and very plain, box-style rented bungalow. Emily tiptoed across the cheap neutral colored carpeting, the same quality you see in most rental homes which showed every stain imaginable, even after shampooing year after year. She pressed her hand on the doorframe and pulled Katy’s door closed so she wouldn’t hear Emily at this early hour. Five a.m. was her time, when her head was clear, when her creative juices flowed, when she faced reality and could make the tough decisions with absolute clarity.

Today’s the day, when he comes down, I’ll say it
. Her gut twisted, and she knew now it was nothing more than fear of the unknown. She couldn’t wait anymore; it had to be today. It was past time and she knew she’d ignored this decision for too long. The signs were all around her—they had been for months. Now, with no chance to think it to death or get cold feet, the floor squeaked as his heavy footsteps traipsed down the hall toward her. Her skin chilled and she had a buzzing sensation in her ears, as if the floor was about to drop out from beneath her feet. Bob, her husband of twelve years, shuffled into the kitchen past her as she leaned against the counter. What made it worse was the way he looked away, as if to dismiss her, a woman of no importance.

“
It’s over between us.”
Wow, she said it.
Her courage wavered but she crossed her arms over her small breasts and stood her ground, feeling enormous in the bulky robe even though she kept her body slim with womanly curves.

Bob turned and, for the first time in months, he really looked at her. His dirty blonde hair was gelled and impeccably groomed. His pale face flushed and his icy blue eyes appeared so dull and tiny in his round face. His body was ordinary, average height and build—a man who wouldn’t stand out in a crowd. She felt nothing for him, just a hardness; whatever love had been was now long dead and gone.

Time stretched out painfully; it took an eternity to pump the blood through her body, roaring louder and louder in her ears between breaths. He turned away. He poured himself a cup of the coffee she’d freshly brewed, dismissing her again. He’d mastered that skill long ago, hammering her pride down a little further each and every day. No wonder it took an act of sheer courage for Emily to look strangers in the eye. Hadn’t her dad done it to her own mom?

“
You know we haven’t had a marriage for a long time. There are no feelings left between us. We don’t communicate and Katy’s picking up on the tension in this house.”

He dropped his mug on the counter and fired off his own delusion. “I don’t know what you’re talking about. I think you’re the one with the problem. Katy’s fine if you’re not around.” His words stung, even though she knew it wasn’t true. Why didn’t she expect this? Because her mind didn’t play those kinds of games, that’s why.

“
No Katy is
not
fine. You’re always yelling at her. You won’t spend time with her. When you’re home, you sit in front of the TV twenty-four/seven. You do nothing to help me.”

Shouting, he stepped toward her, “You know what I think this is really about? Money! Anyway, it’s your fault we have no money!”

Okay here we go
. She expected an attack. He was really good at twisting things to his way of thinking. This man she married, at one time loved, had become an unwelcome stranger. “I think it has to do with no communication. The only time I know what’s new with you is when I overhear you on the phone. You know … those nightly conversations with your mother. And come to think of it, that’s part of the problem. The only relationship you have is with your mother. And it’s just plain weird. You’re not a child. Grow up. It’s disturbing that you talk to her about what’s going on in your life and not me. If you were being honest with yourself, you’d admit you’ve made no attempt to have a relationship with me. And I’ve ignored how you’ve treated me for years.”

Emily held up the flat of her trembling hand, unable to stop her mouth from spewing everything she’d suppressed for so long. She continued, “You’ve always had this strange relationship with your Mom. What’s really sick is I’ve had to stoop to eavesdropping when you’re on the phone with her. Just to find out your latest news. A vacation you’re planning with friends of yours. A new job you’re applying for in Seattle; taking a few courses at night school. Don’t you think as your wife I have a right to know about these things?”

He dumped his coffee down the sink. His face hardened into someone she didn’t know. “It wasn’t as if I was hiding it from you, but you’re sure happy to launch a war with my family. You could’ve have just asked.”

Emily shut her eyes and let out a heavy sigh. Katy would be awake soon and Bob needed to leave for work. “This is going nowhere. I’m not going to keep fighting with you. I’d like you to move out. Take whatever you want.”

He didn’t answer her. What he did was grab his coat and storm out the door, slamming it behind him hard enough to rattle the double pane windows. But apparently, he wasn’t done with his temper tantrum because he followed up with gunning the engine of two-door rusted Cavalier, the tires squealing down the driveway. Katy screamed. Across the street, lights came on in the front window of the Hanson’s, house. Great. She’d need to apologize for Bob disturbing them before six a.m. with his irresponsible behavior.

Emily raced down the hall to comfort her daughter, furious at Bob for yet another mess he’d created for her to clean up. Except this time, it didn’t stick—the mad, that is. She felt the dark, oppressive weight lifting from her back, leaving her with a light peaceful feeling flowing through her body. You know, the one you get when you know you’ve finally done the right thing. Even though she had no money, no job, a child and no idea how she’d make ends meet. A dismal sounding outcome but, for the first time in years, she felt the sun shoot out a powerful ray of hope.

The morning hadn’t gone as planned. Emily’s faced glowed as she reached down to pick up the morning paper. It hadn’t quite made it to the curb forcing her to step out into the street close to where the Hansons were out digging up their yard. She’d apologized yesterday, and even though they’d been gracious in their response, Emily still felt responsible for Bob’s childish behavior. And it was Mr. Hanson, not Mrs. Hanson who questioned Emily on what had upset Bob. This left Emily cornered; so she’d confessed she’d asked Bob to leave. This left them frowning, and speechless, which wasn’t a good thing.

“
Hello,” was all she could say this morning before darting back into the house. She didn’t make eye contact because she didn’t want to explain more. Mr. Hanson could talk her ear off, and by now, he’d most likely have a few words of advice to share with her.

Emily leaned against the closed door. Worry and, in her chest, a nightmarish pressure began building and pressing, stronger and harder, until the simple art of breathing became a gigantic struggle. It was her head, her mind, creating the problems. She’d fall flat on her face. She couldn’t make it alone. How would she look after Katy? What if she couldn’t get a job? Instead of focusing on the present, her thoughts jumped from the past to the future with what ifs, could haves and should haves. “Stop it!” She kicked a pink, fluffy stuffed animal across the room and stubbed her little toe on the corner of the table. “Ah crap.” She hopped on one foot exhaling sharply. After a minute she hobbled to the kitchen counter.