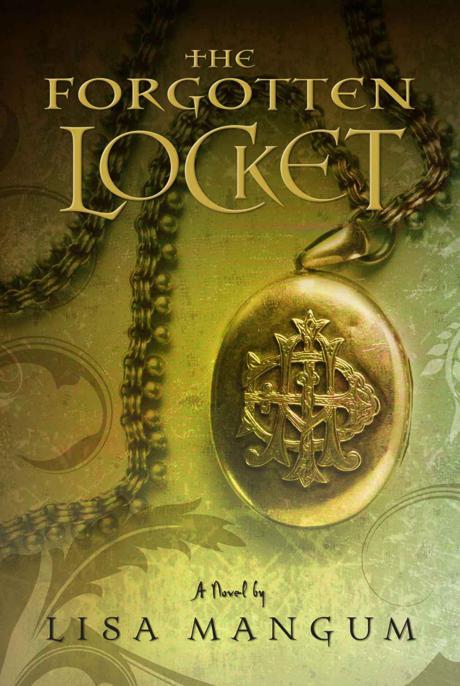 I never imagined the adventure I'd find when I opened The Hourglass Door. Abby and Dante's world is intoxicating and I didn't want to leave. . . . Mangum's book flowed smoothly and effortlessly and led me through a tale I'll not soon forget. --teensreadtoo.com, 5-star rating, Gold Star Award

In a time when copycats abound, Mangum has created a unique story with interesting characters and an intriguing plot. --Deseret News

In a time when copycats abound, Mangum has created a unique story with interesting characters and an intriguing plot. --Deseret News

The future is uncertain. The battle to control the past has begun. The final book in the riveting Hourglass Door trilogy begins when Abby steps through the black door, and she doesn't dare look back. Though it means leaving Dante wounded, bleeding, and possibly blind she knows it is the only way to save her family and stop Zo from manipulating the river of time and throwing the future into chaos. In the end, Abby must face a final confrontation that will take her to the very origins of the hourglass door.

© 2011 Lisa K. Mangum.
All rights reserved. No part of this book may be reproduced in any form or by any means without permission in writing from the publisher, Shadow Mountain
®
. The views expressed herein are the responsibility of the author and do not necessarily represent the position of Shadow Mountain.
All characters in this book are fictitious, and any resemblance to actual persons, living or dead, is purely coincidental.

Sequel to: The golden spiral.

Summary: Abby travels back in time to attempt to save Dante and defeat the wicked designs of Zo.

Praise for The Hourglass Door

“I never imagined the adventure I’d find when I opened The Hourglass Door. Abby and Dante’s world is intoxicating and I didn’t want to leave. . . . Mangum’s book flowed smoothly and effortlessly and led me through a tale I’ll not soon forget.”

“Surprising and intriguing, The Hourglass Door is addictive from the very first page to the last.”

“I found myself swept downriver with Mangum’s Abigail Beatrice Edmunds, or as she prefers, Abby.”

“With the release of The Golden Spiral, Mangum is firmly securing her place in the world of young adult fantasy literature.”

It is the end of all he knows. He is surrounded by a vast, flat plain. Unbroken and unending. There is nothing ahead of him but emptiness, nothing behind him but pain.

He knows he is the first to arrive in this unspeakable place. Yet he still looks from horizon to horizon, straining to see someone—anyone. But he is alone.

He is on his knees, his hands buried up to his wrists in what feels like sand but isn’t really. He doesn’t want to look at his wrists; they are still weeping blood from the chains, both from the actual metal cuffs so recently removed and from the newly branded black marks that have taken their place.

The churning in his belly rages like the sea. The air tastes metallic and stale. He doesn’t want to draw that alien air into his lungs. He wants to savor the taste of home for as long as he can. Even if it is as fleeting as a sigh.

He has only just arrived and already he is filled with regret. How will he last a month in this place? How, when it already feels like he has been here a year—a lifetime?

A tremor travels up his arms, rolls over his back, and lodges in his legs, turning his knees to jelly. It is good he is already down; he is not sure he could survive another fall.

He closes his eyes. Faces swim up through the darkness. His father. His mother. His brother. It is for them that he has done this. That he agreed to do this. He chooses to focus on the faces of his family. It is better than focusing on the other faces that hover in his memory. The faces of the dead. So many. More than he thought there would be.

Another face crowds into his thoughts. A narrow, lean face with eyes dark and cruel. A grin splits the face like a blade. Long fingers offer up a single envelope containing life and death, a promise and a threat.

The man who had worn that face had indeed been an angel—an angel of destruction.

Hate sits on his tongue like a thistle, spiked and bitter.

He swallows it down, grateful for the sharp edge that lingers behind his heart. It’s easy to hold on to pain. He welcomes it. It helps him resist the crushing pressure that weighs on him.

He is finally forced to breathe, and the last summer-sweet gasp of his past life vanishes like a wish, like a dewdrop at dawn, like a falling star at midnight. He feels his heart beating in his chest, but it doesn’t mean anything. It is only muscle memory now, a habit his body doesn’t know it can quit.

It doesn’t matter, though. Nothing matters anymore.

He looks again into the distance, as though he can see what waits for him in the future, but all he can see is emptiness.

No, not quite. There is a sparkle on the edge of his vision. A glimmer of something that doesn’t belong here any more than he does. Deep in his inner ear he can hear a chime, a bell. A snatch of music in a rising tide. He almost recognizes it. But there is something strange about the tone. A dissonance that makes him think of dark shadows and jagged edges, of teeth about to bite.

He manages to stand. If this is the end, he wants to face it like a man.

The glimmer of light widens, lengthens, takes on shape and dimension. A whiteness cuts through the flat gray of the world. Light fills a tall, narrow space. It is a doorway into forever.

He squints and turns away, but the light pours over him, coaxing him to open his eyes.

He remembers standing before the other door—the towering black door that separated him and his fate. He remembers the choice: life or death. He thought he had chosen correctly. But perhaps not. Perhaps he was wrong. Perhaps—

The light intensifies until he can no longer bear the darkness behind his eyes.

He looks. The door of light opens, and he sees what waits for him beyond.

And then he falls to his knees, grateful that this moment has the possibility of lasting forever.

Standing before him is an angel clothed in light, her hands on the edges of the door as though poised for flight. The shadows hovering behind her ripple like wings.

She steps through the door and glances around. Surprise flickers on her face. But not fear. Did she expect to be here? Is that possible? Has she come to save him?

She is the one bright spot in an otherwise dark world.

She is his lady of light.

When she steps forward, the darkness seems to part around her. The heavy air shivers with the sound of chimes.

And then the doorway closes behind her. The light is extinguished. They are alone in this strange space.

She looks at him and an almost-smile crosses her face.

He opens his mouth, though he knows he has no words to speak. No words to explain what has happened. No answers. He has nothing to offer except more questions.

To his surprise, she crosses the intervening space, heading directly for him. When she reaches him, she throws her arms around his shoulders.

He doesn’t know her, but he welcomes the embrace, suddenly realizing how hungry he is for contact. How fearful he is of being lost and alone. Of being forgotten.

Her hair is damp; her skin is clean and cold. She smells like the sea—all distant horizons and salty tears.

He wants to turn around, to see if there is someone else behind him, but her focus is fixed on him and he stays still.

Then she covers her mouth with her hand and surprise flits across her face. “Oh,” she says. A mouse-squeak of sound. She bites her lip. “I mean, Orlando. Your name is Orlando.” The squeak turns into a laugh. “You look so young. But of course you are. This is the beginning. This is the moment we meet and the start of everything we know. I can’t believe it,” she says again with wonder. “This is the beginning of
everything.
”

Her accent is odd. She is not speaking Italian, but he can understand her perfectly. There is a hesitation in her speech, as though the words she says are delayed reaching his ears. She doesn’t seem to notice, though.

Her face lights up with wonder and understanding. “I’m here to help you,” she says. “If you’ll let me.” She smiles again, and this time there is no
almost
about it.

Desperate Measures by David R. Morrell
The Life and Death of Lauren Conway: A Companion to Without Mercy by Lisa Jackson
Trafalgar by Benito Pérez Galdós
Snake in the Glass by Sarah Atwell
Retribution (Redemption Series) by Ryals, R.K.
FillingtheVoid by Zenobia Renquist
RedeemingZorus by Laurann Dohner
El manuscrito carmesí by Antonio Gala
In the Moons of Borea by Brian Lumley
Betrayed by Morgan Rice