Read The Foul Mouth and the Fanged Lady Online 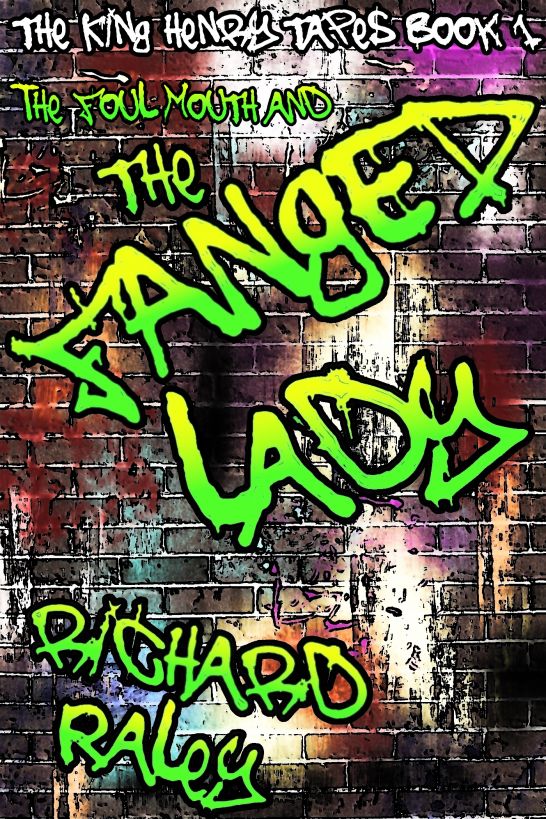 This book is a work of fiction. The names,
characters, places, and events are fictitious and are not to be
construed as real. Any resemblance to persons, living or dead,
actual events, places or organizations is entirely
coincidental.

All rights are reserved. No part of this book
may be used or reproduced in any manner whatsoever without written
permission from the author.

The Foul Mouth and the Cat Killing
Coyotes

The Foul Mouth and the Troubled Boomworm

The Foul Mouth and the Headless Hunny

The Foul Mouth and the Mancy Martial Artist
(forthcoming)

The Betrothal: Or How I Saved Alan Edwards
from 40 Years of Hell

Friendship is Madness: A KH Short

Who taught me so many wonderful new words in
high school.

Sample: The Foul Mouth and the Cat Killing
Coyotes

I suppose it’s considered rude to start one
of these things with a question. Too abrasive—like a first kiss
that includes some tongue. Well . . . screw it, I guess. I’m an
abrasive kind of guy, a tongue on the first kiss kind of guy too. A
question is how I want to start this bitch; best way to put your
mind into the receptive place I want it. To get you thinking
outside your cozy little life.

That question is: have you ever heard of
Necromancy?

Quite a question, ain’t it? Bit dangerous,
bit insane. It’s a question that should never be asked. Might as
well ask you: do you believe in flying pigs? Simple to
answer—
you think
—but you’re wondering if there’s strings
attached.

Always look for the strings in life and
always have yourself a good pair of scissors. It’s not a simple
question, nothing’s simple.

The answer is: they make TV shows about it.
So sure you have, everyone has. Raising the dead, zombie armies,
skeleton warriors. All that bullshit. Of course you’ve heard of
Necromancy, because necromancers are douchebag showoffs—and a few
more of my favorite words on the side—who think too much of
themselves. I’ve never met a necromancer I ever liked.

That’s a string right there. I’ll point it
out to you beginners. A big one—need some industrial sheet-metal
shears to cut it. Would it surprise you to find out that
necromancers ain’t the only mancers around? Well, it probably
wouldn’t since that pretty string just confirmed necromancers
themselves exist and your mind’s open to possibilities like I want
it, but forget that shit for a moment.

Focus on the story.

That’s what this tape is supposed to be
about—my story for your benefit. So you see the strings I didn’t.
So you don’t make the mistakes I made. So you go in knowing there
is
a game and
you
are playing it.

More mancers than necromancers and what is
your mind going towards? Pyromancers? That’s right, they exist too.
Give yourself a pat on the back, or a cookie with some chocolate
chips, you play too many video games and read too much. Pyromancers
. . . showoff douchebags too. Throwing around fireballs like
they’re in some summer movie with special effects teams to back
them up.

That’s okay though, I like pyromancers. They
got style.

Here’s another string, kiddo: these powers
have been around for thousands of years. They have made myth and
legend, and go beyond necro and pyro. The oldest of the bastards
who taught it to me call it
Elementalistic Harnessing of the
Anima Natures of Mankind
, but to anyone born after the Culture
Clash of the 70s, it’s the Mancy and if you use it, on whatever you
use it on, you’re a mancer.

There’s a lot more kinds of mancers than
you’d think, lots more mancers than you’d think too. They even got
a school for gifted youngsters; some real Charles Xavier meets
Hogwarts kind of shit. It’s even called an institute of some sort
or another, all official like. Like I ever paid attention to
official titles like the
Institution of Elements, Learning
Academy and Nature Camp
or the
Elemental Learning
Council
or all the rest of that turn-of-the-last-century,
still-speaking-Latin bullshit, to me it’s just the Asylum.

The Asylum keeping us all locked away . .
.

I cursed my mother as a selfish bitch every
day of my first couple years enrolled for sending me to the place
instead of keeping stupid-young-me from signing his contract, but
hell, not like I never called her worse for less.

You thought someone with this filthy mouth
had a good upbringing? Up until fourteen when I was—expunged—my
best parent was my father . . . and he whipped me every other
month.

If you don’t want to hear about it, don’t
want to hear the bad words that might burn those ears of yours—then
turn off the tape. One click, story ends. I’m only doing this
because the woman who owns my soul forced me to, what do I give a
crap if you listen?

Stick around though, you might learn a
lesson or two, especially if it’s like I expect and this is being
used for new students. It might rob you of your expectations of
greatness. Get you all good and ready for the disappointment we all
experience.

I was screwed up beyond all repair by then.
Only reason I hadn’t been to Juvie was that I had an extra
something the other delinquents didn’t have, not that I realized it
at the time of my crimes. All I knew was that I was
lucky
.
Yeah, cursed more like it. But back then, it sure was nice to be
sitting in the ShopsMart contemplating stealing some magazines or
candy bars or Chinese-assembled electronics when a display
magically fell apart to be the distraction I desperately
needed.

Cigarettes and electronics had been my
steals of choice right before I was co-opted into another life and
if it wasn’t for the Asylum, I’d be well on my way to lung cancer
by now, or dead twenty times over. Not from hard stuff like you’re
thinking—worse I can admit to is bumming some weed when I could—but
from fighting. I loved to get into a fight.

Here I am, twenty-one years old and I’m
lucky to hit five-foot-eight on some very generous tape-measures.
Back then, middle school and elementary shitholes with babysitting
teachers and cruel lunch-ladies, it was even worse. Some district
counselor got all doctor on me and diagnosed it as a Napoleon
Complex; that I was trying to prove I was tough despite my size.
But it wasn’t that.

I liked to fight
.

And a little shit like me? Draws bullies
like girls with daddy issues to bad boys with motorcycles. And I
should know—I’m a bad boy with a motorcycle.

High-schoolers do nature well, with the
hormones flaring they ain’t doing any actual thinking, and picking
on the runt to improve the genetic pool by killing it off—that’s as
natural as you get. Genetics was the other half of what started the
fights, usually when some bigger shit would say I fought so much I
had some Mexican in me.

Racist shit to get pissed over, but I was
big on knowing I was pure white trash, something to hold onto back
then I guess, as if being an arky-okie hybrid cast-off whose family
tree was almost wiped out by a dustbowl is something to be proud
of. But back then, I grabbed at anything I could. Even strings.

Really, playing the racist white boy in a
city that is as America is affectionately called, a ‘
Melting
Pot
,’ and unaffectionately called a ‘
Shit Hole
’—where
whites ain’t majority so much as morejority—that just gave me more
opportunity to fight, more Mexicans and Asians and Blacks who want
to try the little cusser. And that’s what I wanted, and it was the
best part of my week to thrown down back then, and it was
every
week
, if not
every few days
.

Me fighting someone after school damn near
became a school sponsored sporting event by that last year. I can’t
say I never lost, but I won a lot too. Hands like steel—more than
you know assholes . . .
more than you know
.

More than I knew.

So fighting and stealing and cussing,
limping by on ‘Ds’ and the occasional ‘C,’ since the California
school system didn’t and still doesn’t give a crap as long as
you’re drawing them funds for sitting in your seat. Fucking too.
Fourteen and I was well on the way to getting my also white trash
girlfriend pregnant by thinking pulling out before the big bang was
the best trick ever invented.

Probably would have stolen some condoms with
the cigarettes if I’d known better.

Guess you could say I was
saved
, born
again in the blood of the Mancy—by the Asylum, by the Institution
of Elements, Learning Academy and Nature Camp. Guess I was. I might
be screwed up to this day, I might have never got any of the
cussing and cursing out of my system, and only some of the
fighting, but they did a good job putting in some education and
drawing out that racism, stealing, and all the rest.

I’m probably better off than the other me,
twenty-one with lung cancer and a kid or two of his own to beat
just like Dad did me. You’re falling . . . strong enough string
will save your life.

Of course I’m better off; I’m a fucking
geomancer, a fucking Artificer. But at the time,
fourteen-year-old-me thought he shit gold. Like I’ve said, I was a
little screw-up.

The Sweet Dreams Bake Shop (A Sweet Cove Mystery Book 1) by J A Whiting
Now and on Earth by Jim Thompson
Seduced by Darkness by Alex Lux
At the Mercy of the Queen: A Novel of Anne Boleyn by Anne Clinard Barnhill
Invitation to a Stranger by Margaret Pearce
Fortnight of Fear by Graham Masterton
Wolf In Shadow by Gemmell, David
The Denver Cereal by Claudia Hall Christian
Declutter Your Mind: Twelve Secret Steps to Clear Mental Clutter for A Lifetime of Peace and Bliss by Evans, Michelle
Mating Instinct: A Moon Shifter Novel by Reus, Katie