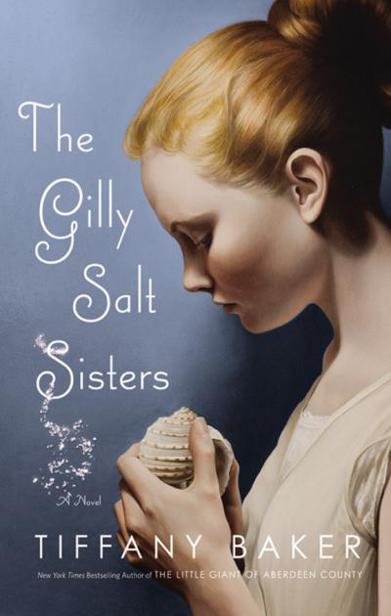 And the eye cannot say to the hand, “I have no need of you.”

I
t was the season again for fire in Prospect, a time of cold and ice but also an occasion for rising heat and smoke. A moment for salt and prophecy, when the future met the past and the old ceded to the new, for better or for worse.

This year, as usual, it had taken the good men of town a full week to make the pyre for the municipal bonfire. For seven days Claire had kept tabs on the rising stack of timber growing in the middle of Tappert’s Green, largest logs on the bottom, spread evenly for air to pass, and more delicate sticks leaned up against those in a giant incendiary tepee. The men eyed her as she drove slowly past them on her way to deliver salt in town, pausing in their toil, red-cheeked and burly in the cold, their eyes suspicious under their hat brims. None of them waved, nor did Claire expect them to. She knew that if it weren’t for her sister and her, no one in town would have any reason to cinder anything at all.

Claire’s family had never really been welcome at the celebration, even if they were the reason behind it. Their role was purely functional. First, the oldest person in town lit the bonfire, and then either Claire or her sister, Jo, stepped forward, a packet of salt in hand, ready to toss it to the flames and see what it said. It was the simplest kind of divination: two elements colliding. If the fire flashed blue, it meant the town would prosper in the coming year.
If it flared yellow, some kind of change was on the horizon, and a puff of black was too terrible to contemplate.

The first time Claire ever threw salt to the fire, it did indeed turn black. She was six and so little she had to reach up before she could scatter the salt to the flames. There was a sizzle and a pop, and then came an acrid swirl of undeniable pitch smoke. The townspeople behind her drew in their breaths and clutched their children closer, then shuffled into the shadows, their eyes probing as owls on the hunt. The circle of space around Claire, her mother, and her sister grew larger and colder.

Jo had put her hands on Claire’s shoulders and leaned down to whisper in her ear. “Step away from the logs now. The salt’s spoken. You can’t change what’s been cast. Take my hand and come with Mama and me.”

Claire had frowned. “We don’t get to stay?” she’d asked. All that autumn she’d heard about the festivities from her classmates, how there would be music, and dancing, and boys stealing kisses by the glow of the flames.

Jo shook her head. “Never. I explained that, Claire. We’re just here to show the future, not partake in it.” And before Claire could protest further, Jo had taken her by the arm and started marching her back to the quiet of their marsh, refusing to meet anyone’s eyes, not even Whit Turner’s, the richest, most charming boy in town, and her sweetheart. Claire saw Whit’s mother, Ida, sneer in her direction as they passed, as if they were no better than the ashes beneath her shoes.

Every year after that, walking home down the sandy lane and hearing the rising revelry and the squeals as people threw their own little packets of salt to the fire, Claire used to chafe under the habitual exclusion, protesting to Jo and her mother that they were just the same as anyone else, that in spite of their salt the Gillys should be dancing round the fire, too.

But that was back when she was innocent, before love came along and stroked her heart with one of its sooty fingers. You never really recovered from a touch like that, and maybe, Claire
thought, that was as it should be. No one slipped through life perfectly unscarred, after all, and if someone did, how unlucky, for surely there must be a hotter fire waiting in the afterlife when that was the case. And Claire would know. Once she’d been… not free of sin, exactly, but free of its implications. Her past had not yet caught up to her future. But eventually it did, of course. That was what it meant to be human. Oddly enough, it had taken a man of God to make Claire see this mortal truth.

For years she’d wanted nothing to do with the salt. Jo had cast it by herself every December’s Eve and borne the consequences of what it foretold, until Claire had put a stop to the whole pagan nonsense. No bonfire. No salt. She turned her back on the whole tradition. But certain elements would not be ignored. Claire learned that lesson the hard way—that you cannot scorn the ground from whence you came, for the body rises from the earth just as it goes back to it.

But that was years ago. Now she was a woman tipped to the far side of middle age, and the entire town was gathered together like naughty children let out after curfew, and Claire was among them, if not a part of them. Jo, too. Claire could feel Jo’s solid presence behind her, steadying her for her task. The townsfolk stood with their hands clenched under their chins in anticipation as a wizened Timothy Weatherly put the torch to the wood. There was a crackle, and then Claire could smell the smoke: a mixture of alder wood, elm wood, pine, and pitch. At first the scent was scratchy and rough, but as the flames picked up heat, they burned sweeter, pulling oils out of the wood and dispersing them into the stark winter night. The odor rose and built, scorching away the past year’s sins and regrets. Claire inhaled again and caught a whiff of something almost like cinnamon and then, unexpectedly, a clean ozone flare, and she knew that it was time to step forward with her packet of salt.

The night was wondrously clear, Claire saw. The sky was as star-strewn and gaudy as some of the gowns she used to wear in another life. The happy cacophony of the crowd—a child’s shriek,
the off-key wail of a flute, a group of teenage boys performing one of their football chants—faltered and died as she took her place and held up the salt for all to see. And then there was a sudden and terrible hush as a glare of yellow burst forth.

Yellow for caution, for possible danger. Claire met Jo’s eyes and shook her head. Maybe a death, maybe ill luck. Something unexpected.
Who will it fall upon?
Claire wondered as she felt Jo reach for her hand. Mr. Weatherly, with his creaking hips and rusty tools? Pretty Hope Fell, due to begin college in two months’ time? One of the town’s young mothers, still plump and tired from pregnancy? Before Claire could think further, however, the thread of the flute started up again, knitting the night back together, and soon there was a burst of laughter, more shrieks, and another baby’s wail as she and Jo faded into the darkness and began making their way home. Because life went on, even in Prospect, even in spite of what the salt might say.

Just never quite as one imagined.

W
hen all was said and done, Jo supposed, she would simply call hers a story of salt. Parts of it were bitter on the tongue, parts of it were rocky, and over the years parts had even melted clean away. What was left were the concentrated bits, the crystals that cracked and sparkled when crushed between her teeth. “Grit,” the people in Prospect called it, but it was far more than that, Jo knew. It was regret given weight, history made tangible. It was everything she and her sister should have said to each other and then never did.

But fate worked like that. It was sneaky and a little underhanded, wasn’t it—springing something new on you right at the moment you needed everything old in your life to snap into focus. In Jo’s case that something was a letter from Harbor Bank in Boston, the envelope as plain as anything, the words inside it even starker. They went something like this: Long ago, predicting better times, Jo’s mother had taken out a second loan on the family’s salt marsh. Jo knew that much. She’d been paying the loan off for years, and those better times had never come. Instead, to Jo’s surprise, the loan interest was about to increase drastically. If Jo wasn’t good for that difference, the bank wrote, she’d soon be finding herself stranded on dry ground. Why didn’t she give them a call?

Judging by the impressive amount of gilt on the bank’s
letterhead, listing all its branches up and down the eastern seaboard, Harbor Bank was nothing like Prospect’s humble and friendly Plover Bank, where Jo and everybody else in town did their everyday business. Of course, that also explained why Jo’s mother had gone to Harbor Bank to beg money. No one who knew Salt Creek Farm would willingly sink his hard-earned dollars into the place.

Jo was tempted to pick up the phone and try to share her side of the story, then gave up and left the receiver in the cradle. Whoever had mailed the letter from Boston would neither understand nor care that if Salt Creek Farm vanished from this narrow lip of Cape Cod, the rest of Prospect might follow in short order, for the fates of the two—marsh and town—were intertwined. No one could remember anymore why or how, just that it had always been so, ever since Jo’s ancestors had first shaped the land with hoes, spades, and their own crooked backs.

Jo shoved the letter into the kitchen junk drawer, then thought better of it and took it out and smashed it into the trash. Truthfully, it didn’t much matter what she did with it, she suspected. The bank would just mail another one until the day they decided to quit being polite and sent the sheriff instead.

A Good Day to Die by William W. Johnstone
Sucks to Be Moi (Prelude) by Kimberly Pauley
Down to Ash (#Dirtysexygeeks Book 2) by Melissa Blue
Storms (Sharani Series Book 2) by Nielsen, Kevin L.
The New Guy by Amy Spalding
Seagulls in the Attic by Tessa Hainsworth
A Bride for Christmas (Sweet Regency Novella) by Fish, Aileen
Daughter of the Red Dawn (The Lost Kingdom of Fallada) by Michaels, Alicia
The 56th Man by J. Clayton Rogers
The Mystery of Case D. Luc by Beverly Lewis