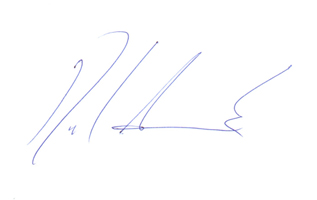 Translated from the Swedish by Ruth Urbom 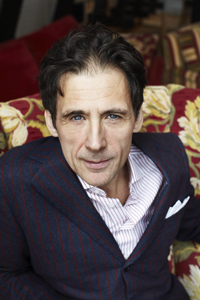 David Lagercrantz is the son of Olof Lagercrantz, a Swedish author and literary critic, and Martina Lagercrantz. He studied philosophy and religion and attended the School of Journalism in Gothenburg. Eventually he made it to
Expressen
, a national daily paper, where he covered some major crime stories including an infamous triple murder in the cemetery in the northern Swedish town of Åmsele in 1988.

David made his debut as an author in 1997 with
Ultimate High
, the story of Swedish adventurer Göran Kropp, who climbed Mount Everest without oxygen tanks or sherpas the week after one of the most tragic disasters ever to occur on the mountain. The book became a great success, both in Sweden and abroad, and that success enabled David to continue as an author.

Three years later
A Swedish Genius
, David’s biography of inventor Håkan Lans, was published. It has since been reprinted several times and provided inspiration for the critically acclaimed documentary film
Patent 986
. In 2005 David returned his attention to the Himalayas with a thriller entitled
The Sky Over Everest
.

He continued with
Fall of Man in Wilmslow
, a historical novel about the English mathematician and code-breaker Alan Turing. This book is often regarded as David’s breakthrough in fiction. It received excellent reviews and immediately landed on the bestseller lists, with rights sold to publishers in fifteen countries.

Looking back over his works, David saw a pattern in his writing: he often wrote about major talents who refuse to follow convention. He was interested not only in what it takes to stand out from the crowd, but also in the resistance that such creativity inevitably faces.

Meanwhile, the Swedish publishing company Abbe Bonnier was involved in talks with Swedish football star Zlatan Ibrahimović about publishing an autobiography. Bonnier felt that this project would be a good match for David’s previous work. Zlatan and David met and agreed to work together. The result was
I am Zlatan Ibrahimović
, one of the most successful books in Sweden in modern times.

The book sold 500,000 copies in hardback in less than two months. Reviews hailed it as both a masterpiece and a future classic. The critic Dilsa Demirbag-Sten, writing in the daily broadsheet
Dagens Nyheter
, noted that the book had done wonders for the young reading generation, and she was undoubtedly right.

I am Zlatan
has encouraged a new generation to read – one that had previously not been addressed by the publishing market. Kids from council estates who used to think that reading was the nerdiest thing in the world have devoured the book. To date, it has been published in over 30 languages around the world, with millions of copies sold. It was shortlisted for the UK’s William Hill Sports Book of the Year award, the most highly regarded award for sports writing. In Sweden it was the first book of its kind to be nominated for the prestigious August Prize, a literary award named after August Strindberg.

In December 2013 David Lagercrantz signed a contract to write a new instalment in Larsson’s
Millennium
series, the global publishing phenomenon featuring Lisbeth Salander and Mikael Blomkvist. The fourth book in the series –
The Girl in the Spider’s Web
– is launched worldwide on August 27, 2015.

David is married to Anne Lagercrantz, head of news and current affairs on the Swedish Public Radio. He has three children and lives in the Södermalm neighbourhood of Stockholm.

Translator George Goulding was born in Stockholm, educated in England and spent his legal career working for a London-based law firm. Since his retirement in 2011 he has worked as a translator of Swedish fiction.

My sincere thanks to my agent Magdalena Hedlund, Stieg Larsson’s father and brother Erland and Joakim Larsson, my Swedish publishers Eva Gedin and Susanna Romanus, my editor Ingemar Karlsson, and Linda Altrov Berg and Catherine Mörk at Norstedt’s Agency.

I also owe thanks to David Jacoby, senior security researcher at Kaspersky Lab, and Andreas Strömbergsson, Professor of Mathematics at Uppsala University, as well as to Fredrik Laurin, digger-in-chief at Ekot, Mikael Lagström, V.P. services at Outpost 24, the authors Daniel Goldberg and Linus Larsson, and Menachem Harari.

And of course to my Anne.

*
An ability to recall images, sounds or objects in memory after only a few instants of exposure.

ALSO AVAILABLE
Stieg Larsson
THE GIRL WITH THE DRAGON TATTOO

Lisbeth Salander gets under the skin of her targets like no-one else.

Those who underestimate her live to regret it. If they are lucky …

Mikael Blomkvist – disgraced journalist, womanizer – is everything she ought to hate. But when she is hired by a security firm to investigate him, her report on his life reveals an integrity that fascinates her.

Then she discovers that Blomkvist, himself a brilliant investigator, is cracking open the cold case of a missing girl – uncovering secrets that have poisoned a family through generations.

And only one thing gives Salander greater satisfaction than exposing a liar: stopping a killer.

ALSO AVAILABLE
Stieg Larsson
THE GIRL WHO PLAYED WITH FIRE

Lisbeth Salander – the girl with the dragon tattoo – can be viciously violent. Mikael Blomkvist knows it, and owes his life to it.

When a criminologist and a journalist who works with Blomkvist at
Millennium
magazine are killed on the brink of publishing a brutal exposé of human trafficking, the evidence points in one direction.

Salander’s prints are on the murder weapon. But Blomkvist knows Lisbeth would never act without reason, and he cannot find one here.

The victims were his friends. But so is Salander. And something much more dangerous is surely at play …

Lisbeth Salander is a threat to national security. Since she was thirteen, shady government forces have acted to keep her quiet.

Prone to violence, deemed mentally disturbed, she has had her freedom removed and her every movement watched.

Yet still, she is an unstoppable force for justice.

Salander has a bullet in her head. She is wanted for murder. She knows that the secrets and corruption at the heart of her country’s government go right to the top.

And she will not take it lying down … 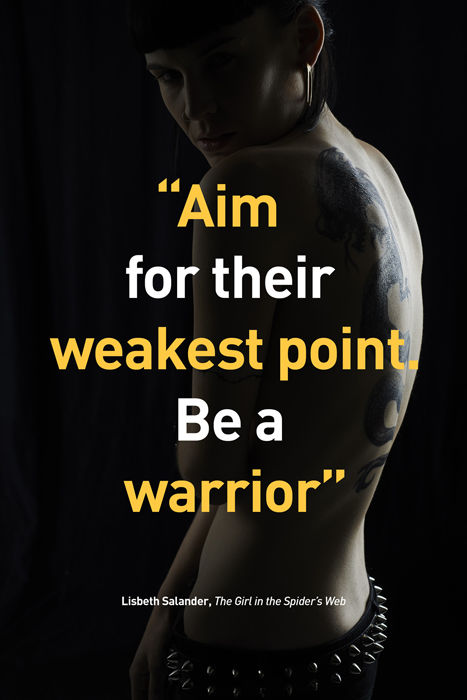 The Drowning Guard: A Novel of the Ottoman Empire by Linda Lafferty
Colt by Carolyn Cruise
Troppo by Dickie, Madelaine
Slave to Love by Julie A. Richman
You Are So Undead to Me by Jay, Stacey
No tengo boca y debo gritar by Harlan Ellison
Untold by Sarah Rees Brennan
Shining Sea by Anne Korkeakivi
Griffin's Daughter by Leslie Ann Moore
Wolf Creek Ghosts (Texas Pack 3) (Wolf Creek Werewolf Shifters) by Jo Ellen