Read The Girl She Used to Be Online

The Girl She Used to Be

BOOK: The Girl She Used to Be
>>DOWNLOAD HERE >>READ ONLINE NOW
ads 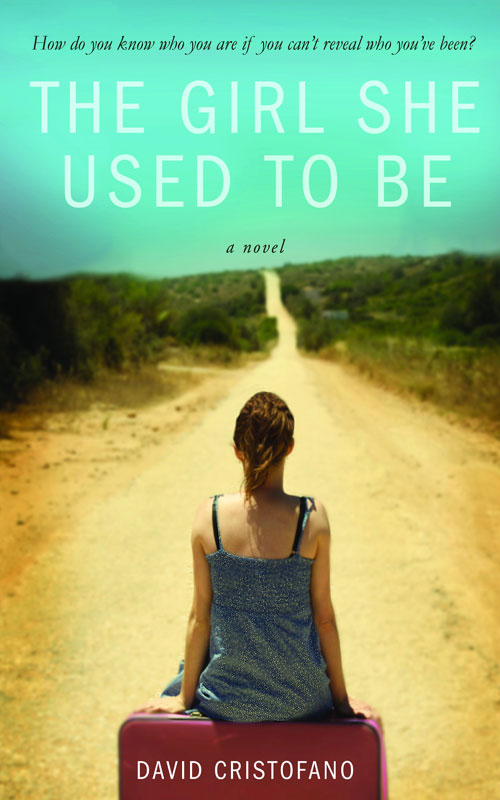 This book is a work of fiction. Names, characters, places, and incidents are the product of the author’s imagination or are
used fictitiously. Any resemblance to actual events, locales, or persons, living or dead, is coincidental.

Thanks first to my wife, Jana, who has unconditionally supported me throughout this journey, and who has endured and sacrificed
in ways that I will never fully comprehend. No accomplishment on my part—including this book—would have occurred without her.
She is my first reader and my first love.

Thanks to my editors at Grand Central, Michele Bidelspach and Melanie Murray, who caught the missteps and molded the story
into the final polished product you’re holding. It would not be nearly the same novel without their guidance and attention
to detail. They are wonderful people to work with. And thanks to Tareth Mitch, Karen Thompson, and all the folks at Grand
Central, especially Jamie Raab, for taking an early and active interest in the project.

I am eternally grateful to my agent, Pamela Harty, for her passion and commitment and professionalism, and for making the
entire process fun and fulfilling. She is the kind of agent every writer hopes to have. Thanks, too, to Deidre Knight and
all the pros at the Knight Agency for keeping the publishing machinery in motion.

Thanks also to Amelia Madison for getting the boulder to the edge of the cliff, and to Lauren Baratz-Logsted for being the
impetus.

And to my parents, Francis and Helen Cristofano, for fostering a love of reading at an early age, and for providing a house
always well stocked with books.

And thanks to God, for every page, every sentence, every word.

All farewells should be sudden, when forever.

Call me whatever you want; it’s just a name, after all.

When I was born, my parents assembled a string of vowels and consonants so magical, so rhythmic and haunting, that the human
form had yet to be married to such beauty.

When I was six, it was taken away.

And because of my ineptitude and innocent inability to keep a secret, they took it away again when I was eight.

And at nine. At eleven. Twice at thirteen.

Not to worry: the Federal Government was quick to replace the old with the new, to clean up the mess and move us along to
the next bland, underpopulated town, to another dot on the map that serves as nothing more than a break from the interstate,
a pit stop on the way to some greater place; you know them, but forget them. There has to be a Middletown in almost every
state, and I’ve already lived in or near three of them.

But as temporary as it was, each instance was
home
, the place where Mom and Dad would be waiting at the end of the day, where the bills got paid, the lawn got mowed, and the
mail was delivered. And it had to be. This was the consistent, perverted promise of the Federal Witness Protection Program.

Today is Tuesday, which means I’m sitting at the head of a classroom facing a semi-arc of high school juniors, all with their
heads bowed, taking a geometry pop quiz. They are not the brightest bunch, having to take geometry as juniors and all, but
they are sweet and genuine and seem to have more character than the Advanced Placement Calculus juniors I teach in the following
period—especially since most kids do not elect to take math as a junior. I spend as much time teaching them proofs as I do
the works of Euclid or Gauss or Pythagoras because it is the proofs that will serve them well in life; they’re learning
logic
. Though I may be less effective than I hope; sadly, today is Tuesday and they are taking that pop quiz—the same day of the
week, every week, that I give a pop quiz—and there are always a few who are surprised.

Life will be cruel to them.

But above all, I try to teach one central lesson in every class—and if they get this I will make sure they pass: Each and
every equation brings an absolute certain conclusion. Well, that and
don’t divide by zero
. You see, certainty brings security. Security brings trust. Trust brings love.

Pascal was quite the romantic, eh? And who knows what Edmund Landau was
really
thinking when he popularized Big O Notation, but I like to pretend.

These kids, America’s future at its most average, are getting something from me that they’re not getting from the loud, furry-nostriled
political science teacher whose classroom backs to mine—that is, an understanding of life.

Under my wing, you’ll learn that every problem has at least one solution, that logic may follow more than one path as long
as it reaches the correct destination, that it’s always best to break an equation down into its simplest parts before solving
it. And then and only then will you reach a conclusion and find the warmth of certainty, a certainty you will need when you’re
grabbed from your bed in the middle of the night for the third time and whisked off to another town in another state, having
left behind friends you will neither see nor communicate with ever again, where you will sit and listen to your parents cry
themselves to sleep and keep secrets from you that you will only occasionally be privy to when their prayers turn into a discernible
loud whisper, and you will need that certainty when your father looks at you at the breakfast table and tries to ask you to
pass the Cheerios but pauses for three seconds—
three seconds
—to search for your name from the many pedestrian identities that have come and gone from your life, though not so long ago
assigned to you by a federal employee.

So yes, Furry Nostrils can keep his histories of battles and conflicts gone by; we’re fighting the real war right here in
Geometry.

I reach behind my neck and grab my auburn hair and try to twist it into a ponytail, but it’s a teacher’s-salary haircut in
the growing-out phase and the best I can do is leave myself looking like a svelte samurai. I put my arms above my head and
stretch, and as I glance across the room I see one of my students, a boy named Benjamin, staring at my chest—likely a struggle
at any distance, really, but his gaze is steady and undeterred. He, at sixteen, is only ten years my junior, but his interest
in my body is just as much perverse as it is illegal. I drop my arms and sink in my chair and notice his gaze remains unchanged
and it occurs to me he’s not looking at me, he’s looking
through
me. Suddenly he snaps his fingers and smiles, bows his head, and begins fervently writing on his quiz sheet.

I, you see, did not follow the path of logic and my punishment was arriving at the wrong conclusion. I, indeed, failed.

A few kids groan but the majority get up from their seats and deliver the quizzes to my desk, each giving me a saddened smile
as though they were aware of my embarrassment. And with each passing student, I covet something, and not the tangible things
I might logically want—less mousy hair, a wider smile, green eyes instead of hazel, a
4
on my dresses instead of an
8
, less clock and more hourglass—but the things I see
in
them:

A stable home, friendships, a heritage, a history, a legacy.

You will never
be
.

Your job as a pawn in the WITSEC game is to be quiet and deal with it. You’ll make a great mail carrier, data-entry specialist,
cosmetologist. And yes, you’ll make an excellent teacher. Don’t worry about not having a degree or the proper credentials
and certifications—because you’ve got them
now
. Just be quiet, keep to yourself, and stay under the radar and the government will give you the best thing they have to offer:
You get to live.

The price is an existence of tedium. You have just become irreparably average. You are not special. You are not unique.

You are not a prime number.

And as these kids walk past my desk, each with varying amounts of hope and potential, I can’t help thinking that I am experiencing
the slowest death known to mankind.

The geometricians shuffle out and the future MIT grads take their places on the warm wooden chairs. I assign them a problem
on implicit differentiation that should take about fifteen minutes to solve, an attempt to buy myself some time to grade the
geometry pop quizzes.

Tim, for example, always manages to answer questions correctly when called upon, but actually shakes when a test is put before
him, and he sweats right through however many layers of clothing he happens to be wearing that day. His quiz is a mess of
scribbled-out mistakes. He gets a B.

Sharon, this wispy Jewish girl, comes to school three out of five days a week, and only after the bruises have started to
heal. Even though she finished merely half of the questions, she gets an A.

Then we have Derek, a guy dumb enough to not understand the importance of birth control, yet smart enough to unconditionally
love his girl while she drops out of school to have their baby—all while his best friends are out enjoying underage drinking
and girlfriend swapping. A
+
, Derek.

About half of the class gets my subjective grading and the rest take it on their chins like typical juniors.

Sure, I’m credentialed by the state as a teacher, but I don’t work like one. My interest—okay,
obsession
—with math is genuine, and has been since the first time I was ripped away from the life I loved. I buried myself in numbers
and word problems where an answer was certain (or at least in the back of the book) and I knew I’d found something I could
count on. But grading? My curriculum? The PTA? Who cares. The interest for that all sits in the part of my career that I spent
no time earning: a bachelor’s degree and the teaching certification that goes along with it.

One of my prior contacts at WITSEC suggested I not pursue a college degree for real, that I might have to
abandon
that persona at some point and start fresh, and who’s to say I’d even stay in one place long enough to get a degree anyway.
It’s much easier to be handed one, with a snappy grade point average and all the bells and whistles. Just as it is easy to
be handed an address, a credit history, a name.