Read The Girl With No Name Online

The Girl With No Name 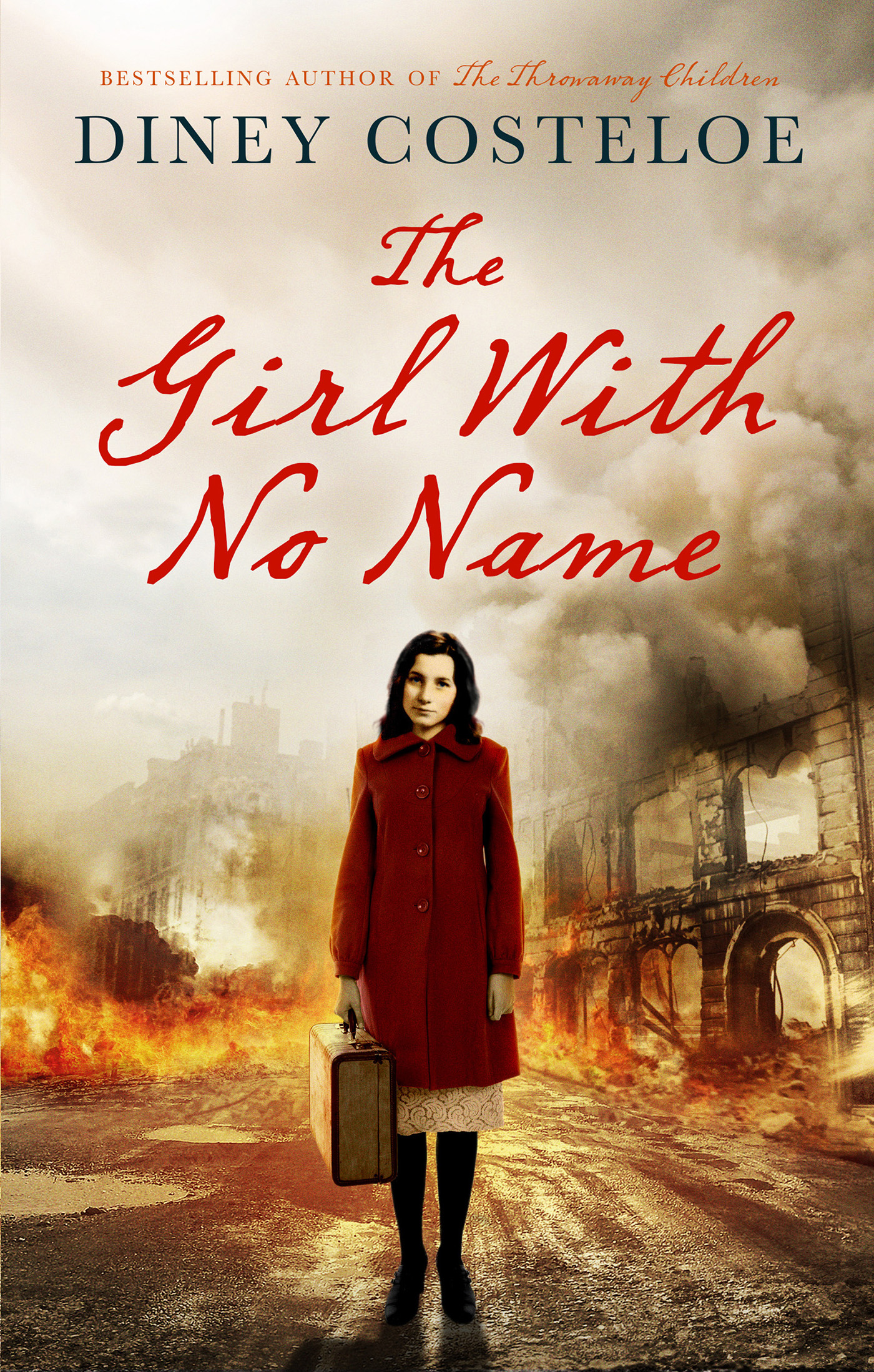 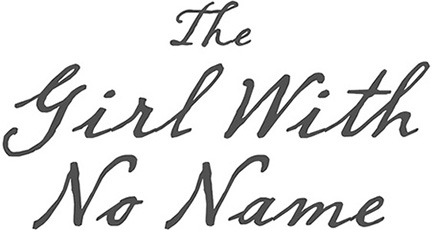 About
The Girl With No Name

To all those who were evacuated and to those who opened their homes and took them in.

About
The Girl With No Name

From the Editor of this Book

‘Jews out! Jews out! Jews out!’ The chanting grew ever nearer and was accompanied by bangs and crashes and cries of terror. The Becker family huddled in their kitchen with the lights off and all the curtains in the apartment drawn against the night and against the terrifying sounds from the street below. Their apartment was on the first floor of the building. Once Franz Becker had had his surgery on the ground floor, but that had long since gone, taken over by a neighbour when the new laws forbade Franz from practising as a doctor. But the house and the apartment were marked. Marta pushed her children, Lisa and Martin, into the small broom cupboard, and saying, ‘Lisa, you have to! Be brave!’ she closed the door firmly on Lisa’s frightened eyes. She knew that her daughter was terrified of being shut in small places, she always had been, but it was for her own safety and Marta had to be strong for them all.

As the baying crowd passed along the street, Marta crept under the kitchen table. Bricks were hurled through the windows and shards of glass showered down on the table where she crouched, curled into a ball in an effort to protect herself from the flying splinters. The sound of excited chanting moved on, but even as Marta crept from beneath the table and was opening the broom cupboard, there was the sound of boots on the staircase and the door to the apartment was kicked open. Two storm troopers burst in, one holding a pistol, the other armed with a long wooden club. They were followed by a man from the Gestapo, tall and sinister in his trade-mark long, dark coat and trilby hat. He paused in the doorway looking round.

‘I can’t believe that filthy Jews are still living in an apartment like this when there are so many true Germans without proper homes.’ His tone was one of disgust as his eyes ran over the woman and two children cowering in the kitchen. ‘Where is your husband?’ he demanded. ‘Where is he hiding?’

‘Find him,’ the Gestapo officer snapped out the order. ‘He has no patients!’ The two storm troopers jumped to obey and crashed their way round the flat, tipping up beds, pulling at curtains, opening cupboard doors, until one said, ‘Nobody here, sir.’

The Gestapo man looked angry and turning to Marta, he said, ‘We will find him. Pack one case and then out! Take your Jew-spawn with you and be gone... before I come back!’ With that all three men stamped back down the stairs.

When they’d gone, Marta sank down on to a chair and buried her head in her hands. Thank God Franz had indeed been visiting a patient, a young Jewish mother about to give birth, and thank God that in the gloom of the darkened room, neither the storm troopers nor the Gestapo officer had realised that Martin was blind. For the moment her two men were safe, but not, she knew, for long.

What should they do? Her brain seemed numb and she had to force herself to think. If they stayed put the Gestapo would almost certainly be back, looking for Franz and checking to be sure she and her children had left the apartment; but if they went now they would be out on the streets where a frenzied mob was still chanting, still setting fires, smashing windows, and beating up anyone fool enough to protest.

‘I don’t know, Lisa,’ replied her mother. It was the truth. Franz could be anywhere, just not, she prayed, in the clutches of the mob outside.

‘What are we going to do, Mother?’ asked Martin quietly.

‘I’m going to pack a case now, before they come back looking for us, then if they do, we can simply walk out into the street and we shall have some things to keep us going.’

‘It’s not safe out on the streets either,’ replied his mother. ‘We’re not safe anywhere, but for the moment I think it’s better to stay here. If they see us walking through the dark, carrying a case, they’ll simply grab it and beat us up. For the moment it sounds as if they’ve moved on.’ She went cautiously to the window and keeping well behind the curtain, peered out into the grey of dawn. There were a few shadows moving about in the street below, dark silhouettes against the red-orange glow of fire, blazing through the synagogue at the end of the street and the rabbi’s house beyond. The sky itself seemed on fire and Marta wondered why their home had been spared. Probably because a good ‘German’ family would like to live in it. For whatever reason, she decided, it might give them shelter for another hour or two yet. To venture out into the street now with two children, one of them blind, would be suicidal, Marta realised, but they should prepare for flight.

Lisa watched as her mother pulled out the biggest case they had and began to fill it with some clothes for each of them. In the pocket of a skirt, she slipped the pearl necklace Lisa knew Papa had given her on their wedding day and a ring that had been her grandmother’s.

‘Fetch the flour jar,’ Mutti said, and when Lisa brought it to her, she plunged her hand into the flour and pulled out the roll of Reichsmarks that had been hidden there.

‘Put these in your knickers,’ she said to a startled Lisa and turned her attention back to the suitcase.

Outside, the chanting and the sound of smashing glass continued, but further off; the crowd was turning its attention elsewhere. Martin sat on a chair, his head in his hands, listening. He could see nothing and his blindness made him even more frightened. The room had been turned over and he no longer knew where the furniture was. If he moved he knew he’d fall over.

‘Where shall we go, Mother?’ he asked.

‘To Aunt Trudi’s,’ replied Marta firmly, though she really had no idea where. ‘I’m sure Papa will come and find us there, if...’ she hesitated, biting back the words, ‘if they haven’t caught him’ and saying instead, ‘if he can.’

The three of them spent the early hours sitting, waiting. Gradually the children nodded off into uneasy sleep, but Marta remained wide awake. There was no point in her trying to sleep, indeed, Marta knew it would be foolish. She needed to be alert in case the Gestapo man returned. Outside she could still hear shouts and as daylight filled the sky she went once again to the window to look out. What she saw made her gasp. Was this really the street in which she lived? It was strewn with glass, the wood of smashed doors and broken furniture. The windows of the two houses opposite gaped back at her, a few jagged shards still clinging to the frames, the front door of one lay flat on the ground, that of the other hung crazily from one hinge. The houses on either side seemed undamaged and Marta realised with a jolt that they belonged to two of her non-Jewish neighbours. There were not many non-Jews living in the area, but as far as she could see their homes had remained untouched. None of the houses showed a light, but she could see Frau Klein in the road outside her house, picking through the contents of her home which lay trampled in the gutter.

It’s time to move, she thought. About to turn back to wake the children, she caught a movement in the shadows at the entrance of an alley a little further down the street. Someone was there. As she watched she saw that it was Franz, peering anxiously round the corner. She raised her hand to wave, but even as she did so, two men stepped out of a doorway and confronted him. Franz turned to run, but a third man was behind him, swinging a wooden baton, and without a cry Franz crumpled to the ground. Two of the men grabbed him by the feet and dragged him, his head banging against the cobbles, unceremoniously up the road and round the corner.

Marta crammed her hand into her mouth to stop herself from crying out and stared at the place where Franz had stood. The third man, still standing there, glanced up towards the window. Though Marta was sure he couldn’t see her concealed by the heavy velvet of the curtain, he fixed his eyes on her window and smiled, before turning away and following his companions, and Franz, out of sight.

With renewed panic she crossed the room and shook the children. ‘Wake up,’ she said, ‘it’s time to go.’

‘Go where?’ asked Lisa sleepily, the events of the night momentarily forgotten.

‘To Aunt Trudi’s, now. Before they come back. Come on, both of you. There’s no time to be lost.’ She could only pray that her sister Trudi’s apartment had not been wrecked as well, that the madness had been localised.