The Great Zoo of China 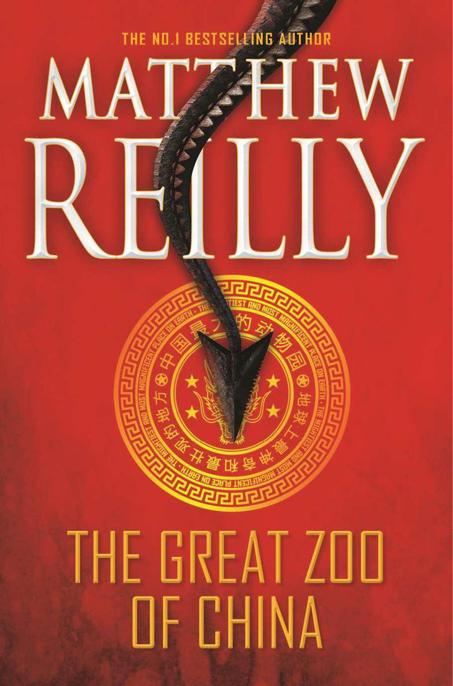 About
The Great Zoo of China

It is a secret the Chinese government has been keeping for forty years.

They have found a species of animal no one believed even existed. It will amaze the world.

Now the Chinese are ready to unveil their astonishing discovery within the greatest zoo ever constructed.

A small group of VIPs and journalists has been brought to the zoo deep within China to see its fabulous creatures for the first time. Among them is Dr Cassandra Jane ‘CJ’ Cameron, a writer for
National Geographic
and an expert on reptiles.

The visitors are assured by their Chinese hosts that they will be struck with wonder at these beasts, that they are perfectly safe, and that nothing can go wrong.

GET READY FOR ACTION ON A GIGANTIC SCALE.

About
The Great Zoo of China

SECOND EVOLUTION: THE LEGEND OF THE DRAGON

FIFTH EVOLUTION: INTO THE ZOO

SIXTH EVOLUTION: THE TIME OF THE DRAGON

SEVENTH EVOLUTION: THE BATTLE FOR THE OUTER DOME

An Interview with Matthew Reilly About
The Great Zoo of China

For Kate,
Lovely, loyal and brave, too

[American zoos] are visited each year by more than a hundred million people, a number that exceeds the combined attendance of all big league baseball, football and basketball games.

Here, there be dragons.

—WARNING WRITTEN ON ANCIENT MAPS TO DEFINE AN UNKNOWN REGION

CHINA VS THE WORLD

China and the Power of Disneyland

It is difficult to describe just how dynamic modern China is.

It is setting records that no other country can match: it builds a new city every year, its economy is growing at rates the West can only dream about, and its burgeoning middle class grows wealthier by the month, demanding all of the products that China used to manufacture for Western consumers.

And at every opportunity the Communist Party proudly reports these achievements to the Chinese people through state-controlled media.

But there is a problem.

China desperately wants to be Number One, the pre-eminent nation on Earth. In the Communist Party this passionate desire even has a name: the ‘China Dream’.

But to achieve that dream, China must seize the position currently occupied by the United States of America, and to do that it must first match America’s twentieth-century achievements in war, in space and in industry: it must build a powerful military, it must land a man on the moon and it must create companies that are known worldwide.

And then—
then—
to truly replace America as the world’s most dominant nation, it must do something even more difficult.

China must replace the United States as the cultural ruler of the planet.

How America came to dominate global culture is nothing short of astonishing.

After defeating the Axis powers in the Second World War with its military and industrial might, the United States then set about waging and winning a far more subtle war against the whole world: a war of cultural superiority.

This war was not fought with guns or tanks. It was fought with movies and music, Coke and Pepsi, Fords and Cadillacs, and, of course, arguably America’s greatest weapon in soft diplomacy: Disneyland.

Put simply, American culture became the world’s culture—drive-in burger joints of the 50s,
Easy Rider
in the 60s, platform shoes in the 70s, Coca-Cola ads in the 80s.

Apart from Beijing, Shanghai and Hong Kong, can you name another Chinese city? Can you name a Chinese brand of sport shoe?

What, I ask you, apart from the panda bear and a very long wall, is singularly and uniquely Chinese?

And here lies China’s biggest problem in the twenty-first century.

It has nothing truly its own.

It makes other people’s stuff. Every Apple product is a slap in the face to China when it declares:
Designed by Apple in California. Assembled in China
. A limitless supply of cheap labour might build you a new city every year, but it ultimately just makes you the factory floor for other countries’ companies.

China wants to rule the world. But without the soft diplomacy of
culture
, China will always play second fiddle to the United States.

Where is China’s Ford?

Where is its Coca-Cola?

Where, I ask you, is China’s Disneyland? 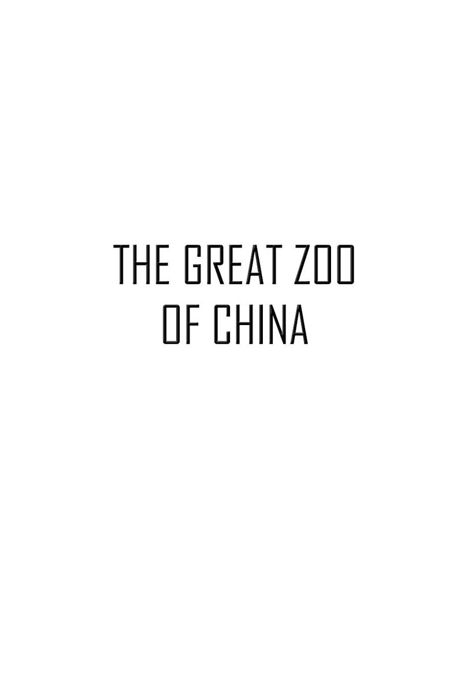 B
reathless
,
bleeding and covered in sweat, Bill Lynch dropped into the mouth of the cave and crab-crawled further into it as quickly as he could.

He snatched his cell phone from his trouser pocket.

NO SIGNAL. SOS ONLY.

‘Fuck,’ he said to no-one. The bastards had jammed the entire valley.

Voices from outside made him spin. They spoke in Mandarin.

Lynch heard the safeties on their assault rifles click off.

Beyond the mouth of the cave, Bill Lynch saw a jaw-dropping view: a broad valley featuring lakes, rivers and waterfalls. In the middle of it all, shrouded by the hazy air common to southern China, was a huge central mountain that stabbed the sky.

Dramatic landscapes like these had rightfully made the nearby region of Guilin famous. Soon, Lynch thought, this copy of the Guilin landscape—and it
was
a copy; it was nearly all man-made—would be more famous than any other place on Earth.

And by the look of things, Dr Bill Lynch—senior herpetologist from the University of Florida’s Division of Herpetology—was not going to live to see it.

Right then, the smell of the cave struck him. Lynch screwed up his nose at the stench, the rank odour of rotting flesh.

The smell of the lair of a carnivore.

Alarmed, he spun to search his newfound hiding place for its owner.

But the cave was empty . . . except for the flesh-stripped skeletons of three large animals. They looked like the skeletons of horses—yes, horses, up in this cave three hundred feet above the valley floor. Their elongated skulls were tilted backwards in frozen shrieks of terror. Their bloody ribs pointed skyward.