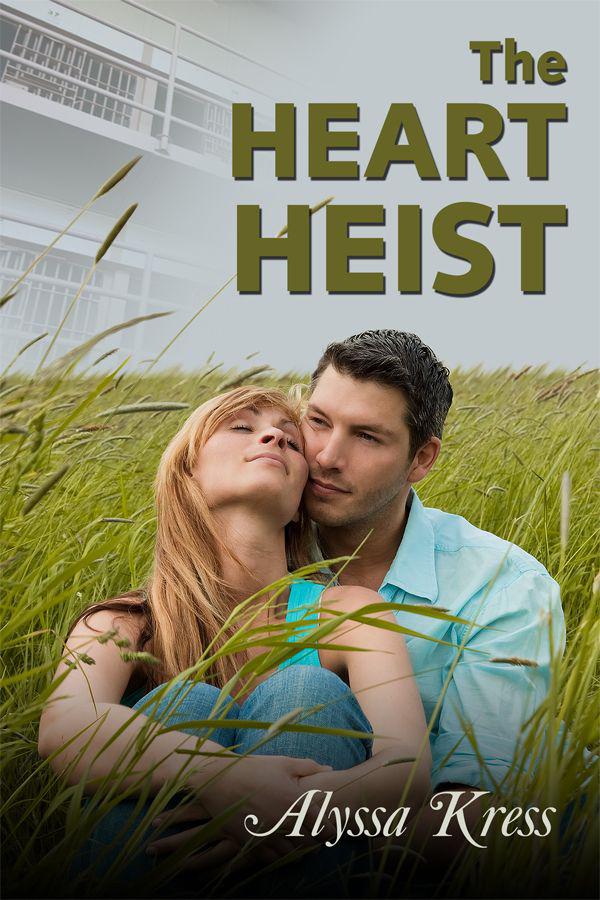 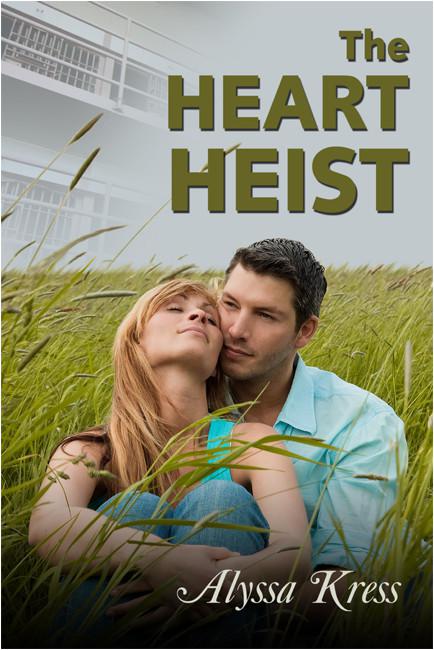 Discover other titles by Alyssa Kress at her webpage,
http://www.alyssakress.com

This ebook is licensed for your personal enjoyment only. This ebook may not be re-sold. If you would like to share this book with another person, please purchase an additional copy for each recipient. If you're reading this book and did not purchase it, then please visit
http://www.alyssakress.com
to find licensed retailers from whom you can purchase your own copy. Thank you for respecting the work of this author.

The characters and events in this book are fictitious, even those referring to actual or well-known entities. Any similarity to real persons, living or dead, is coincidental and not intended by the author.

The author would like to thank the members of the ever-evolving critique group, all of whom have given immense support and help in creating this and other stories: Julie Woolley, Kathy Bennett, Cathy Yardley, Rose Murray, John Lovelady, and to Ruth Barges of blessed memory.

Preview of The Indiscreet Ladies of Green Ivy Way

Wind whipped ice across Matt's face as he rappelled down the sheer wall of cliff. Even though his heart raced, he slowed his speed since a blast of that wind could knock him into the cliff like a paper toy. At the same time he couldn't afford to be too careful. Five minutes was all he had. Five minutes before the explosive set by the Holiday Bomber would detonate.

Sweat beaded his forehead as he dangled hundreds of feet above the ground, his gaze searching the cold granite face of rock. Four minutes now. If Matt didn't find the hurt climbers soon they'd all be blown to smithereens.

He was about to give up hope when he caught a glimpse of color, deep in a crevasse. Matt swung toward that color, counting down the seconds in his head, expertly adjusting his fit teenage muscles. Only three minutes now. His arms reached out to take hold of
--
what? Helpless woman, terrified child, wounded youth? He couldn't see --

The sound of his bedroom door opening swept Matt from the edge of the cliff.

"Matt, aren't you coming to dinner? I called you five minutes ago."

Composing his face, Matt turned from the bedroom window. "Five minutes, already?" A rush of adrenaline still pulsed through him as he swiveled his wheelchair to face his sister. The expression on her face was quizzical.

Gee, it would be nice if people around here knocked before opening other people's bedroom doors. Matt sighed, wheeling toward her. He was sixteen years old, after all. Didn't he deserve a little privacy?

"Are you all right?" Kerrin put a hand to his forehead. "You look all flushed."

"I'm fine." Drawing his head out from under her palm, Matt flushed even more, hardly wanting her to guess what he'd been doing right before she'd horned in on him. If his older sister got an inkling of Matt's secret fantasies, she'd be all over him to go back to physical therapy. Kerrin was a decade older than he was, but full of naïve delusions. She'd get a gooey look in her eyes and spout a lot of nonsense about how Matt could recover the use of his legs. She'd probably tell him he could become an Olympic star. Kerrin was completely crazy.

"I made spaghetti and meatballs," his sister now informed Matt, leading the way down the hall.

Matt stifled a groan. "You made dinner?"

Kerrin turned around with a hurt expression. "Is there something wrong with that?"

Matt was too smart to answer. "What happened to Mom? She go into town?"

"Mom and Dad drove to Bishop. They've got one of their deep space meetings."

Brother and sister exchanged a look. Matt grinned. "One has to admit, we've got the most interesting parents in town."

"Out of this world," Kerrin agreed. "Oh dear, I think that's my garlic bread I smell burning."

Still grinning, Matt watched her race down the hall, her tawny curls flying. All right, so she was completely hopeless in the kitchen, but she managed to mess up with a certain screwball charm. There was no reason on earth Kerrin should be adding 'town spinster' to the list of other town titles she'd begun to collect. Thoughtfully, he wheeled down the redwood panelled hall after her.

In the airy kitchen, the garlic bread smoked on the counter while Kerrin busily threw some spaghetti into a bowl. The resigned way the noodles fell told Matt Kerrin had managed to overcook them. She'd probably had her nose stuck in a book and forgotten to turn off the heat. The woman had two master's degrees and ran the regional school district with the strategy and skill of a four-star general, but she couldn't quite manage pasta.

She couldn't handle living on her own, either, and though she claimed she preferred the company of her family to being alone, Matt suspected something else was going on. It was probably just as well. She would have starved.

Matt rolled to a position by the kitchen table. "Dad says you're going to L.A. tomorrow."

Kerrin started. Guiltily, Matt thought. "He told you that?" Her eyes avoided Matt's as she brought the food to the table.

"Uh huh." Matt watched as Kerrin attempted to dish him some sticky, and hence uncooperative, noodles. "But he wouldn't tell me why you were driving two hundred miles to a place I know you loathe. So I figured -- " Matt paused, watching her face closely. She'd been touchy as a kitten all week. He had one guess why. "So I figured it must be a man."

Kerrin choked and nearly dropped her load of noodles onto the Formica surface of the kitchen table. Matt could hardly believe his eyes as color rose to her cheeks.

"No!" Kerrin gave a determined shake to the serving ladle, and managed to divest it of clinging noodles. "It is not. That is -- " Her color deepened. "All right. I suppose he is male in gender, but it's not what you think."

"C'mon Ker." Matt was grinning from ear to ear. "You can tell your own brother. Where did you meet?"

A lie
. All right, so Kerrin had been fool enough to let Ollie, the town's auto mechanic, talk her into becoming mayor instead of him this year, but there was no possible 'town business' that could involve Los Angeles, two hundred miles to the southwest.

"It's an interview," Kerrin elaborated. "I'm interviewing someone."

Her green-gold eyes glanced toward him and then flitted away. "Summer school teacher."

Matt stopped eating. He was so discomfited he didn't even notice the faint, whispery tone of Kerrin's answer, indicating a third lie. "Summer school?" he squeaked. "I thought the state wasn't giving us any money for summer school." In fact, he'd been counting on it.

"They aren't." Kerrin seemed to catch herself, and added, "That is, a special committee came up with the cash. We're very lucky."

"Right. Lucky." Matt slammed his fork onto the table. "Forget it, Ker. I'm not going to summer school."

The argument was familiar and Kerrin seized on it. Anything to change the subject from her trip to L.A. "Sure you are. By taking Health this summer you'll have a free period to take Driver's Ed in the fall."

"One way or another you're going to be driving."

His lips thinned and his golden eyes bore into her. Considering the fact that she'd just been lying her head off, Kerrin thought she handled the searching look well. Besides, Matt wasn't trying to find out about the alleged summer school teacher any more. No, now he was intent on a different goal, the one he'd been pursuing for the past three years. He was trying to avoid spending time with able-bodied kids his own age.

Kerrin gave him a guileless look as she forced some spaghetti into her mouth. "Get what?"

His straight mouth quirked into a smile. "Mom and Dad won't make me."

This was most certainly true, so Kerrin didn't bother to refute it. "I suppose you have something better to do?"

"As a matter of fact, yes." Matt grew a smug smile. "Private research."

"Oh, brother. Not about that pyromaniac, Mr. Holiday?"

Matt raised his brows. "Mr. Holiday is not a pyromaniac. Pyros merely set things on fire. Blowing them up requires a great deal more sophistication."

"And he takes photographs of his successes." Matt picked up his fork and gamely shoved it into the noodles. "At the instant of explosion. I showed you the one of the dam on the Columbia River. He sent it to the AP wire service. Ballsy, huh?"

"If you say so." Kerrin got up from the table, hoping Matt didn't notice how little she'd eaten. She couldn't eat when she was nervous, and nervous was a pale word for how she felt about her trip to L.A. tomorrow. Summer school teacher? Hardly. The man she was going to meet in L.A. was about as far as you could get from anyone Kerrin would hire to teach young minds.

Tomorrow she would meet the man and...she'd talk him out of taking the job in Freedom. He'd never even set foot in her town.

She flinched. God, Matt was quick with that wheelchair. He'd slipped up right behind her.

But Matt looked up at her, still concerned. "Because if you're nervous about meeting this, er, summer school teacher, I could give you a few pointers."

Not back to the summer school teacher
. Buying time, Kerrin shook her hands free of water, then turned to give her brother a raised-eyebrow regard. "Could you, now?"

"I told you, this is a job interview." She barely stumbled over the lie this time. "It's not about
guys
." Matt had to be the only male in the world who thought Kerrin had a chance for romance in her life. Unfortunately, he thought so with single-minded determination.

Courting the Doctor's Daughter by Janet Dean
Brie’s Denver Desires (Submissive in Love, #2) by Red Phoenix
Cozy Mystery: Life's a Beach by S. Y. Robins
Mastered By The Boss by Opal Carew
Canyon of the Sphinx by Kathryn le Veque
A Family Concern by Anthea Fraser
Our Lady of Darkness by Peter Tremayne
Surviving Santiago by Lyn Miller-Lachmann
A Soul for Trouble by Crista McHugh
The Cruelest Cut by Rick Reed