Read The Knights of Christmas Online

The Knights of Christmas 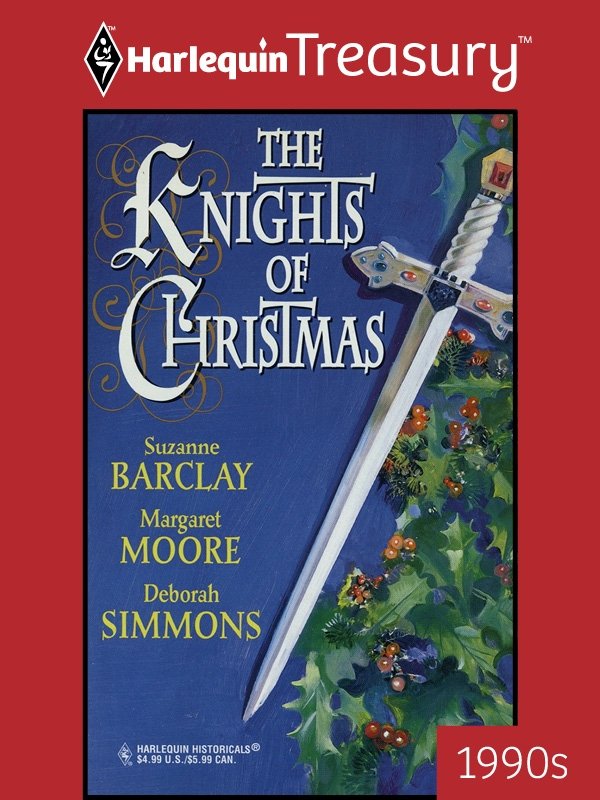 s.”
âAffaire de Coeur
Dear Reader,
Â
This month, we are delighted to bring you a new concept for Harlequin Historicalsâour first in-line short story collection,
The Knights of Christmas.
Three of our award-winning authors, Suzanne Barclay, Margaret Moore and Deborah Simmons, have joined forces to create a Medieval Christmas anthology in this heartwarming collection. We hope you find these wonderful tales spread cheer, not just at this special season, but all year long.
Â
Known for her moving and dramatic Westerns, award-winning author Susan Amarillas's new book,
Wild Card,
is the story of a lady gambler who is hiding in a remote Wyoming town, terrified that the local sheriff will discover she's wanted for murder in Texas.
Â
Talented newcomer Lyn Stone is back with her second book,
The Arrangement,
a unique and touching story about a young female gossip columnist who sets out to expose a notorious composer and winds up first agreeing to marry him, then falling in love with him. And Kit Gardner's
The Untamed Heart,
a Western with a twist, has a refined English hero who happens to be an earl, and a feisty, ranch hand heroine who can do anything a man can do, only better.
Â
Whatever your tastes in reading, we hope you enjoy all four books, available wherever Harlequin Historicals are sold. And the best of all seasons to all of our readers.
Â
Sincerely,
Â
Tracy Farrell
Senior Editor
Please address questions and book requests to:
Harlequin Reader Service
U.S.: 3010 Walden Ave., P.O. Box 1325, Buffalo, NY 14269
Canadian: P.O. Box 609, Fort Erie, Ont. L2A 5X3
THE KNIGHTS OF CHRISTMAS
Suzanne BARCLAY
Margaret MOORE
Deborah SIMMONS