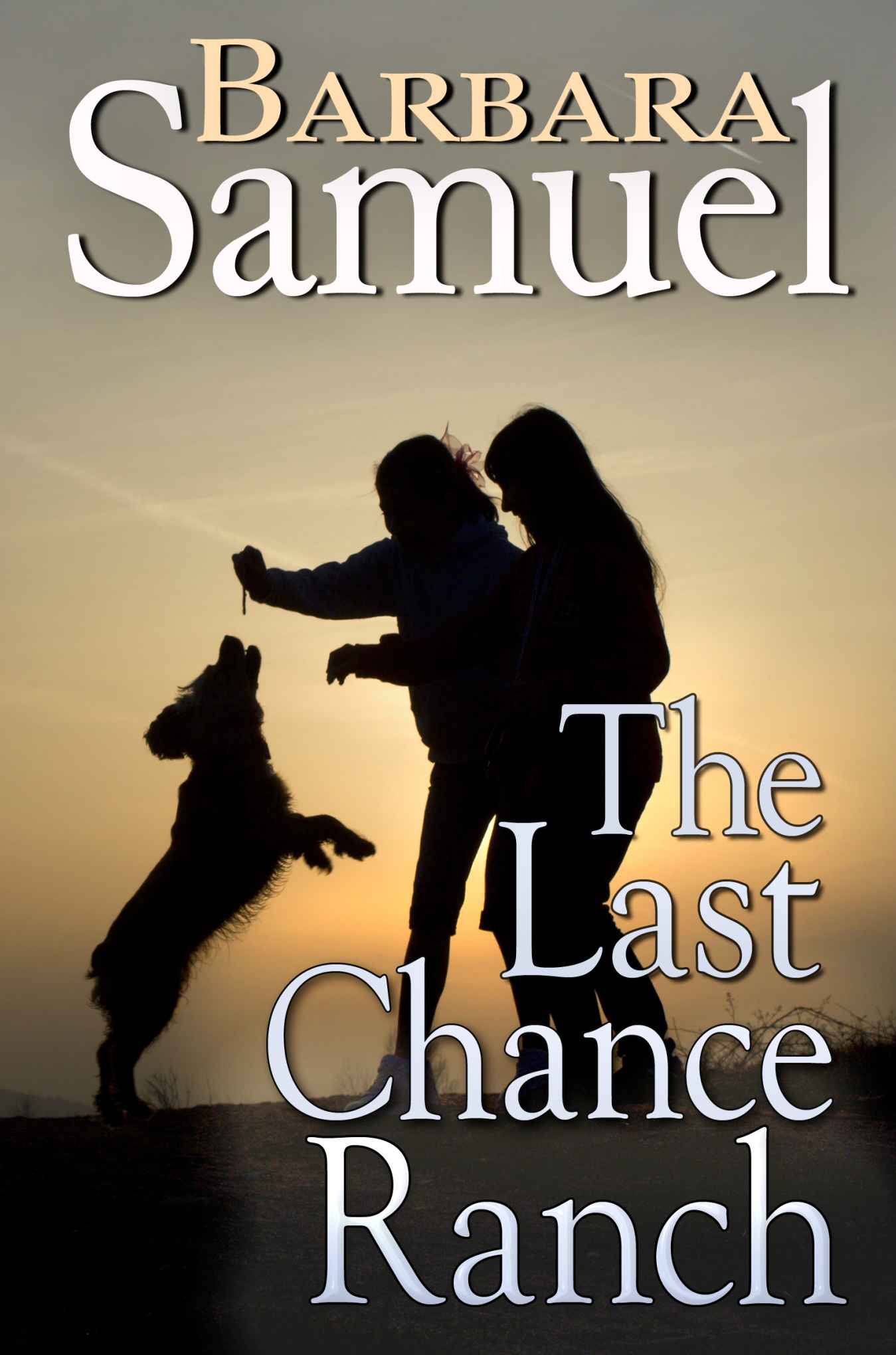 “An electrifying tale of love, passion and redemption from a powerhouse writer of series romance. Bravo!”
~ Romantic Times

Image: Play with the dog in sunset ©
Josef Sedmak

This is a republication in ebook format of an earlier work. Every effort has been made to reproduce the original as accurately as possible. If you find an error, please let us know at
[email protected]

O
n her twenty-second birthday, Tanya Bishop took her three-year-old son Antonio to see a Disney movie. They returned home late, and Antonio was asleep on her shoulder when she unlocked the door.

She knew Victor had found her again the minute she stepped into the house. Something just didn’t feel right.

Halting on the threshold with Antonio asleep in her arms, Tanya listened to the darkness. Her instincts prickled. From the kitchen came the predictable plop of water from the leaky faucet, and the warm hum of the refrigerator. Though she waited a full minute, holding her breath, she heard nothing else.

Cautiously, she eased in far enough to flip on the lights in the living room. The lamp on the coffee table burst alive and illuminated a room that looked exactly as it had when she left. A little cluttered but basically clean.

Still she held the slack body of her son against her and waited, listening for another moment. Nothing.

Tanya walked to the kitchen, inky dark at the end of the hall. Her footsteps made the old floor creak. In her arms, Antonio stirred and lifted his head, then settled it again on her shoulder. She could feel his hot, moist breath on her neck.

In the kitchen, she lost her nerve to be still and quiet, and flipped on the light in a rush. The fluorescent tubing spluttered as it always did, the gases heating slowly, dimly, then flaring to abrupt life.

On the floor, in shattered, tiny pieces, was Tanya’s china. The exquisite saucers and one-of-a-kind dinner plates that she had collected for years were shattered all over the kitchen. He’d ground some below his boots, for the china was powdered in places, and the linoleum below it gouged with the ferocity of Victor’s rage.

Tanya stared at the leavings of his violence and fought back tears. She had a restraining order against him, but he ignored it. Seven times she’d called the police and signed complaints. In desperation, she had gone into hiding, moving every three months so he would never know for sure where she was. He tracked her each time, once all the way to Santa Fe.

A deep and painful ache of fear beat in her chest. This time, he would kill her. Two days ago, he’d accosted her at a supermarket, in front of witnesses, and the police had arrested him. Now he was out of jail, and he knew where to find her.

Very slowly, she backed out of the kitchen.

It all counted against her later.

Tanya settled Tonio on the couch and filled his day-care bag with extra clothes, his teddy bear and the blanket he could not sleep without, plenty of underwear and his favorite toys. Then she sat down in her kitchen, brushing shards of china from the table and chair, and wrote her son a letter that she tucked in among his things.

She took him to a day-care home she trusted, then drove back to her house. It was just past eleven.

In the ruins of her kitchen, she sat down to wait.

And as she waited, she remembered… Victor, winking at her across the crowded school auditorium the first time she’d seen him. The gentle trembling of his hands as he kissed her the first time. The passionate avowals of love he’d pressed upon her. The flowers he brought in apology when his temper had got the better of him. The jealous rages that had become more and more frequent….

At 2:37, she heard Victor at the back door, drunk and cursing as he jimmied the lock. She lifted the phone and dialed 911.

Victor kicked the door. “I’m gonna kill you, Annie!” He kicked it again and the windows rattled under the impact.

To the girl at the end of the emergency line, Tanya said, “I need the police at 132 Mariposa. A man is breaking into my house.” She knew if she said it was her ex-husband the police wouldn’t come as quickly.

Victor roared an obscenity and kicked the door. Tanya winced. “Please hurry,” she begged and dropped the phone. She ran for her bedroom, hearing the threshold splinter as Victor barreled into the back room. He roared his name for her. Tanya scrambled in her drawer for the loaded revolver she’d put there, and rushed into the bathroom.

“Annie!” In the living room, she heard things breaking, and chairs being overturned, and a low growling roar that struck a panting, mindless terror through her. He didn’t even know he did it. But that animal sound meant his temper was beyond all mortal limits, that drink and rage had turned him into a beast.

A beast that had mauled her in the past.

Not again. She clasped the gun between her violently trembling, sweaty hands. In the distance, she heard sirens.

“Annie!” Something else was turned over. He kicked or hit the bathroom door and Tanya couldn’t halt the sob of terror that escaped her lips. She closed her eyes as he began to batter the door, lifted the gun as he yelled her name again. Tears came. Tears for everything—so many good things and so many bad—ran in great washes down her cheeks. She had to use a wrist to wipe them away.

The sirens came closer. The door gave with a splintering sound. Victor, savage as a rabid bear, tumbled into the room.

Not again!
her heart cried.
Not again.

Sobbing, Tanya aimed the gun at his chest and pulled the trigger.

It was the last thing she remembered.

They called him a hanging judge. Everybody says it might have gone better if I’d had the money for a real good lawyer, but I didn’t, so I’m going to spend a long time behind bars.

Maybe it would be okay if I could see you sometimes, but your dad’s sisters want you protected. From me, I guess. And someone has to take care of you while I’m in here. If I do what they want, then I can pick who takes care of you. It won’t be one of them.

So I signed the papers they brought to me, giving custody to your dad’s cousin, Ramón Quezada. He’s a fine man, and very smart. He’ll take good care of you.

A
s the bus pulled into the dun-colored adobe bus station at Manzanares, New Mexico, Tanya Bishop scanned the concrete apron for the man who was supposed to be meeting her. She remembered Ramón Quezada from a wedding reception fifteen years ago. She had danced with him. He’d been skinny then, an intense and bespectacled college student. His probing intelligence had intrigued and thrilled her even as it made her uncomfortably aware of all she wanted to understand and didn’t.

Her most vivid memory of Ramón, however, was the tape that had held his glasses together after Victor hit him for dancing with her.

Peering through the bus windows, Tanya saw no one who even remotely fit her memories. She clutched her purse more tightly in her fingers, feeling the leather grow slick against her palms. What if he’d forgotten he was supposed to meet her?

No. Ridiculous. She took a steadying breath. He would not forget. Ranión was responsible, trustworthy, honest and loyal—all the things his cousin Victor had not been.

All the things Antonio needed.

As the brakes on the lumbering bus whooshed to a stop, Tanya saw a man come through the glass doors that led to the inner terminal. He was dressed all in black—black jeans, black cotton cowboy shirt with pearlescent snaps, black jean jacket lined with sheepskin. Her stomach flipped. He sort of looked like Ramón. But that couldn’t be the skinny man-child she remembered.

He was the right height—Ramón had been rather tall. He was the right age—about middle thirties now. But that lean, dangerous creature could not possibly be the same man she’d danced with so long ago. She leaned forward, frowning in disbelief.

It was him. Ramón Quezada, her late husband’s cousin, the fearless leader of the Last Chance Ranch, and her son Antonio’s adoptive father.

He bore the distinctive Quezada family stamp, a long-limbed grace that spoke of centuries of working with horses; hair so black it seemed to gleam with internal light; even the arrogant nose, so beautifully formed, high-bridged and straight. A conquistador’s nose, Tanya thought. And the high cheekbones were Apache. A hard lot, the Quezadas. Fighting men.

Time had done good things to him. Tanya clutched her bag to the sudden ache in her chest. Ramón’s long wavy hair curled in an unruly way around his neck, inviting female fingers to smooth it. He moved with the calm ease of a man at home with himself and his world. Tanya saw a woman pause at the doors and take a second look over her shoulder at him.

Passengers filed down the aisle beside her, but Tanya found herself frozen in her seat, her gaze riveted to the spot where he waited, his intense gaze fixed on the disembarking passengers. She had briefed herself on everything from the right clothes to bring to a ranch for troubled boys, to brushing up on her colloquial Spanish, to the enormous task of girding herself to see her son again after eleven years. She had even braced herself to hide her identity from that son, in order to allow a relationship to develop naturally between them.