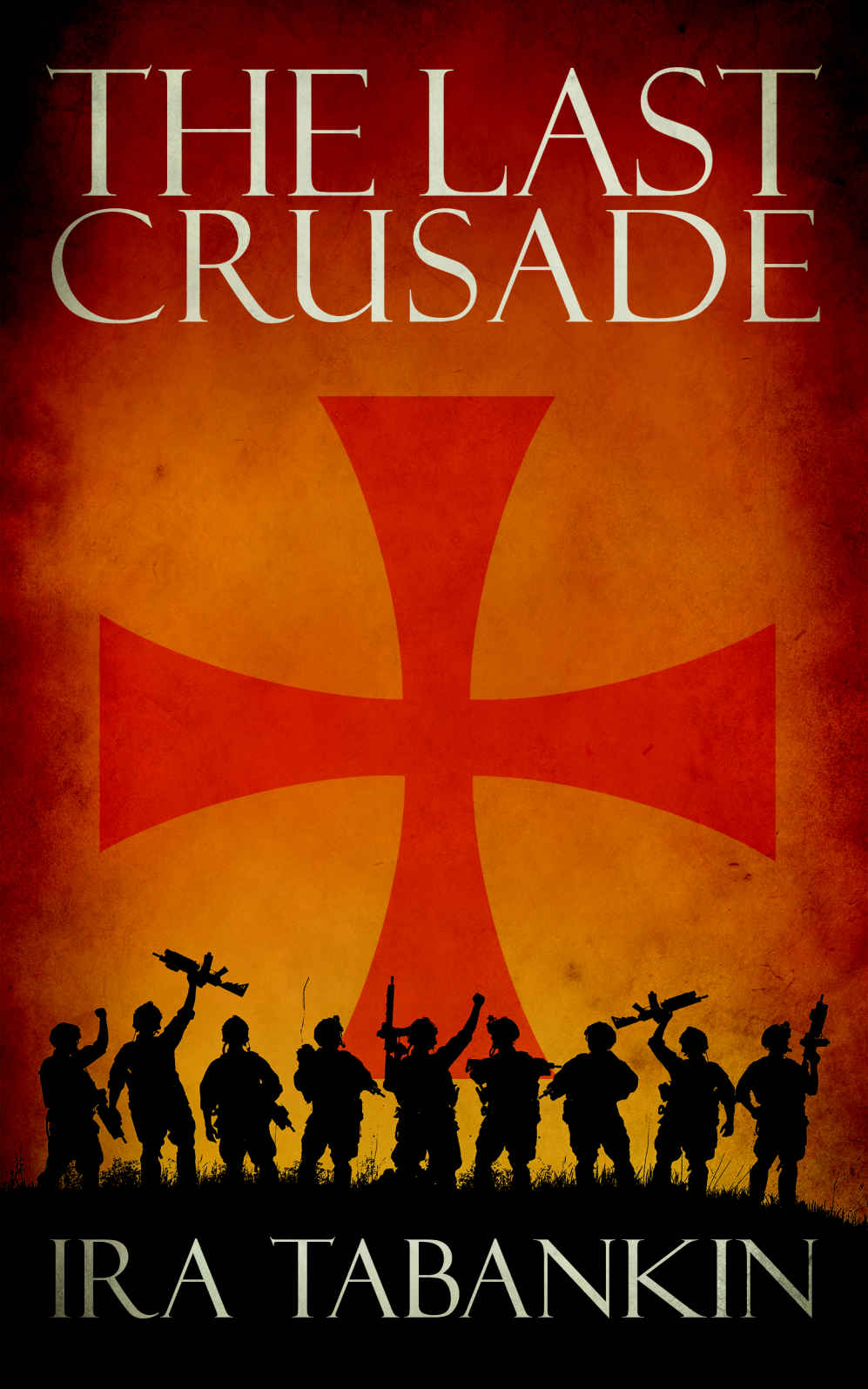 This book is dedicated to my wife and true love, Patricia.

I’d like to thank the many members of the survivalistboards.com, and my beta readers who helped me with their knowledge, comments and encouragement. A very special thanks to Dianne Mayhew, who proofread and edited the manuscript making this edition possible.

This is a work of fiction. Names, characters, businesses, places, events, and incidents are either the products of the author’s imagination or used in a fictitious manner. Any resemblance to actual persons, living or dead, or actual events is purely coincidental.

Please recognize artistic license is used throughout this story. Any tense disparities are the author's view of the story as it's written.

In mid-2016, the Director of the FBI determined Hillary Clayton violated US law because she was negligent with her handling of classified information found on her private unsecured server. The Director of the FBI recommended to the Department of Justice that she be prosecuted for her violations. The Director presented the FBI’s two-thousand-page case to the Attorney General of the United States, who spent only a single day reviewing the case before calling the Director to her office.

“Mr. Director, thank you for coming so quickly. I wanted to thank you and your staff for the very complete report. Frankly, I was taken by surprise reading some of the emails on her server. Are you one-hundred percent certain the thirty thousand emails she deleted can’t be retrieved?”

“Madam Attorney General our best technical people spent six months trying to reconstruct the server’s hard drive. While she may have only pressed the delete button, someone else used a magnet to erase the hard drive. We were able to retrieve only bits and pieces which were meaningless. We determined that over two thousand classified emails passed through her server, of these; twenty-two were classified TS (Top Secret) and twenty-eight were classified SAP (Special Access Program). These are clearly a violation of US Code, Title 18, part 1, chapter 37, section 798, Disclosure of classified information. Shall I quote it for you?”

“No, that won’t be necessary. I am, of course, familiar with the law.”

“Madam AG, I think it will be meaningful to our discussion, please permit me to read it,

(a) Whoever knowingly and willfully communicates, furnishes, transmits, or otherwise makes available to an unauthorized person, or publishes, or uses in any manner prejudicial to the safety or interest of the United States or for the benefit of any foreign government to the detriment of the United States any classified information—

(1) concerning the nature, preparation, or use of any code, cipher, or cryptographic system of the United States or any foreign government; or

(2) concerning the design, construction, use, maintenance, or repair of any device, apparatus, or appliance used or prepared or planned for use by the United States or any foreign government for cryptographic or communication intelligence purposes; or

(3) concerning the communication intelligence activities of the United States or any foreign government; or

Shall be fined under this title or imprisoned not more than ten years, or both.

(b) As used in subsection (a) of this section—

The term “classified information” means information which, at the time of a violation of this section, is, for reasons of national security, specifically designated by a United States Government Agency for limited or restricted dissemination or distribution;…”

“Mr. Director, I assure you, I know the law. I’m the Attorney General of the United States.”

“Madam, I mean no disrespect. The FBI is charged with investigating violations of U.S. Federal law, our report clearly states we believe there is sufficient proof to prosecute the Secretary, of course, a Federal Judge will have to make a determination if a crime was committed and what the punishment should be. Unless, you’d like to offer her a deal which is of course up to you. To summarize; our investigation showed there were multiple breaches of US code in handling classified information. We determined she allowed her staff to share her server and passwords which is also a violation of law. Some of the people who had access to her server didn’t have clearance to have access to the classified information. We have further determined that her lawyer, who did not have a security clearance, not only had access to her server, he was holding a memory stick with copies of all of her emails. Her act of providing a copy of the classified emails to her lawyer is also a breach of the law.”

“As the AG, I will make the determination of what to do about her breaches.”

“With all due respect, I thought the Federal Judge or a court handles the determination if a crime was committed.”

“I am serious. My job is to gather information to determine if Federal laws have been broken and if said lawbreaker should be held over for trial.”

“Mr. Director, I’m sorry. We, the President and I, have decided there won’t be a trial, it would rip the country apart. It will cause irreparable harm to the country. The President is going to give her a classified pardon.”

“Yes. We both thank you for your hard work. We also want to remind you that you signed an NDA agreement to keep all classified information secure and not disclose any material to any unauthorized party without the President’s express written permission. This entire incident is classified Top Secret by Presidential decree.”

“He’s already done it. Here’s a copy for your records.”

“In which case, you leave me no choice except to submit my resignation effective at five o’clock today.”

“We thought you might tender your resignation. We have no choice but to accept your resignation, there’s no reason for you to return to your office. Here is your separation agreement, please read and sign it on page four, there are two agents waiting outside to escort you home, your desk is being cleaned out, all of your personal items will be sent to your home.”

“I’m not signing anything. Both you and the President have broken Federal law, you’ve both placed the United States in a position of harm and allowed enemies of the country to have access to classified information. You’ve both weakened the country.”

Half way around the world a US Navy F/A 18 fighter-bomber dropped two one-thousand-pound GPS guided bombs on a target intelligence said housed a high ranking ISIS commander. Both bombs dropped true, both landed within feet of each other completely destroying the small house in southern Syria. After recording the destruction of the house, the pilot banked his plane to return to his carrier. He had no idea he’d just killed both the head of ISIS and the ISIS Finance Minister. While the US and NATO intelligence agencies knew they’d destroyed the house; they didn’t have proof of whom or if they’d killed anyone. They felt the risk was too high to put boots on the ground so far inside ISIS-held territory to collect DNA. As such, they couldn't positively determine who might have been in the house.

The ISIS religious council quickly met to decide on a new leader. The heated debate lasted five days. The group finally decided to appoint a highly educated man, a man who had been educated in one of the West’s best universities, as their new leader. They believed that a person educated in the West would better understand how to deal with and defeat the West. One who could carry out their goal of spreading the Caliphate across the world; a world united under the black flag of ISIS. They appointed Ali Muhammad Tanvir, who was educated at Oxford University in England. Tanvir quickly began to assemble a group of other highly educated men to form a new ISIS central government. Tanvir sent messengers to every Islamic country around the world asking for secret face to face meetings. All was done under the strictest security so the West didn’t learn about Tanvir’s plan. Tanvir didn’t want any leaks, nothing that could reach the eyes and ears of the West’s spies. He wanted to ensure his master plan would be accepted before anyone outside of his small advisory group knew about it. The negotiations took eighteen months to complete. Eighteen long months while the fighting in the Middle East continued. Remarkably, not a word of the negotiations leaked to the West.

While Tanvir was secretly meeting with the leaders of the Islamic world, America suffered through a nasty and painful election cycle. Besides numerous claims and proof of voter fraud, missing ballots and mysterious boxes of ballots disappearing; on Friday, January 20th, 2017 Democrat Hillary Clayton took the oath of office becoming the country’s 45th President. She faced a House and Senate under Republican control, meaning there was little chance she was going to be able to get anything major accomplished. While she was taking the oath of office, Ali Muhammad Tanvir received the final affirmative messages he was waiting for. He smiled knowing the dream of a worldwide Caliphate was about to come true. He held his breath as the last signatures were placed on the formation document. He succeeded uniting more than 98% of the Islamic world under a common flag forming a true Caliphate.

Under a cool, gray Washington D.C. sky, Hillary is giving her Inauguration speech; in Syria, Ali Muhammad Tanvir dressed in a white robe with gold trim smiles into Al Jazeera’s live broadcast camera. He stands behind a podium draped with both the ISIS Black Flag and Islamic Green Flag. He nods smiling to the millions of people watching him,

“Allah Akbar! Today, January 20th is a special day in the lives of every Muslim. It’s a day we’ll never forget. Years from now, our children will ask us where we were and what we were doing when this announcement was made. I am proud to announce the formal creation of the Islamic Caliphate. Since assuming leadership of ISIS, my ministers and I worked eighteen months with the other Islamic governments to announce the formal creation of a true Caliphate. Our Caliphate includes the countries of; Afghanistan, Iraq, Libya, Syria, Algeria, Lebanon, Azerbaijan, Comoros, Djibouti, Gambia, Kuwait, Qatar, Mauritania, Niger, Palestine, Pakistan, Indonesia, Somalia, Sudan, Tunisia, Yemen, Western Sahara and Iran. These twenty-three countries have agreed to share resources in order to provide a better life for our people. We’ve agreed to form a ruling council to govern our people under Sharia Law. We’ve agreed to set aside any differences between Sunnis and Shiites. We’ve agreed that all Muslims share a common love of Allah, which is more important than our petty differences. I say to every Muslim listening,

There is NO God except Allah

And Mohammad is His messenger