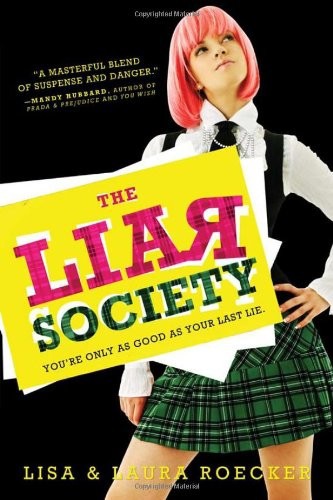 To Mike, for looking out for all of us
Copyright

Cover design by The Book Designers

All rights reserved. No part of this book may be reproduced in any form or by any electronic or mechanical means, including information storage and retrieval systems—except in the case of brief quotations embodied in critical articles or reviews—without permission in writing from its publisher, Sourcebooks, Inc.

The characters and ev
ents portrayed in this book are fictitious or are used fictitiously. Any similarity to real persons, living or dead, is purely coincidental and not intended by the author.

Her email didn’t move or disappear or do any of the creepy things I’d expect an email from a ghost to do. It was just there.

I shouldn’t be writing.

The words blurred on the screen, and my hands went limp. My phone clattered to the hardwood floor, the battery popping off and sliding beneath my bed.

I shook my head fiercely in an attempt to clear my thoughts. It was the anniversary of her death, and I missed Grace more than anything. Maybe my mind was just playing tricks on me. Maybe this wasn’t really happening.

I took a deep breath, grabbed my laptop, and refreshed my mail. My hand flew to cover my mouth when I saw her name on the screen again. As much as I wanted to believe that the email was from Grace, my mind just couldn’t make the leap.

Maybe this was some kind of joke, but that kind of cruelty didn’t seem possible. Plus we guarded our email passwords with our lives, and there was no way anyone was capable of hacking into the school’s database.

When I reread the words, something deep inside of me—buried beneath all the anger and guilt—woke up. It was as though I’d spent the last year living in a fog of grief and regret, and suddenly the atmosphere had cleared. My room looked the same, but the blue of the walls was more vibrant, the white of my duvet brighter.

I had sent Grace hundreds of emails over the past year. Trying to describe how much I missed her, how much my life sucked without her, and how much I needed my best friend back. I kept expecting our school, Pemberly Brown, to delete her account, kept waiting for the moment my emails would bounce back undeliverable. But that moment never came. Was it possible that after all this time, after all those emails, Grace had actually written me back?

She was where? In my room? A trickle of sweat rolled down the center of my chest, sending a fresh trail of goose bumps straight down my legs.

As soon as the sound left my lips, I regretted it.
Really, Kate? A ghost?
No wonder my parents sent me to a shrink.

My mind reeled. What if she wasn’t a ghost? What if Grace was still alive? I remembered her funeral like one of those black-and-white silent movies. People’s lips moved, but I couldn’t make out the words. The memory was grainy and parts were missing, as though someone had forgotten to tape back together the pieces of a broken filmstrip. One image remained clear, though: the casket at the altar, its lid tightly closed, the box that looked way too small to hold my best friend.

Maybe there had been some terrible misunderstanding…maybe Grace was still out there somewhere.

I read her words again, and this time one word, one name stuck.

I leaped up from my chair, misjudged the distance between knee and desk, and slammed into the wood.

I squeezed my eyes shut for a second. The humid September air hung heavy in the room, practically suffocating me as I tried to make sense of her words. The email was a clue, a clue I’d spent the last year trying to find. Someone or something was trying to tell me what I’d always known in my heart: Grace’s death was more than just a horrible accident.

She needed my help.

The chair scraped against the floor as I pushed it in front of my closet, climbed on top, and pulled down the huge box that held the artifacts of our friendship. I ran my fingers over the word “Memories” written on the box. A fat tear landed on the
o
and magnified the letter. I hadn’t even realized I was crying. As I pressed my palms against my eyes, I willed the tears to stop. I had to focus.

The ceiling fan rattled overhead, fighting a losing battle against the heat, and as soon as I lifted the box’s lid, a bunch of the emails I’d sent to Grace over the past year scattered onto my bed. I shoved the ones still in the box aside impatiently, not completely sure why I printed them in the first place.

I guess maybe I needed my words to be real. Sometimes sending my thoughts out into cyberspace to Grace wasn’t enough. The emails were proof that she had existed and proof that, for me, she was still out there somewhere. And as crazy as it sounds, part of me always hoped that somehow, somewhere, she could read them.

I picked up the pink-and-purple jewelry box Grace had given me for my seventh birthday. It used to be full of the half-heart charms that marked our friendship—bracelets, necklaces, even dangle earrings that Grace couldn’t wear because her parents never let her get her ears pierced. But now there was only one piece of jewelry left—Grace’s pearls. I hadn’t touched them since her mother had tearfully wound them around my wrist like a rosary after the funeral.

I lifted the lock and opened the lid. The long strand of pearls filled the box, and I imagined Grace twisting the necklace around her finger like she always did when she was lost in thought or cooking up another one of her schemes. I looped the beads around my neck three times, just like Grace used to. Their weight was somehow reassuring, and it gave me the strength to finally unearth the picture frame.

And there she was.

Actually, the picture was of the three of us—me, Maddie, and Grace. Best friends forever. It had been taken two summers ago—before everything and everyone changed.

None of us had been ready when Grace’s mom snapped the shot. We begged her to take another as we huddled in front of the camera. I pointed to my eyes, squinty because I was laughing so hard; Maddie grumbled that her face looked fat, self-consciously pinching the skin beneath her chin; and Grace complained that we were too old for pictures, threatening to hit Delete. But Mrs. Lee pulled the camera out of our reach and waved her hand. She promised that the picture had captured everything we’d want to remember about that summer.

And she was right: the picture was perfect.

I picked up the frame and stared into Grace’s eyes—her best feature. They were dark and almond shaped, and she always looked like she was wearing eyeliner, even though makeup was strictly forbidden in the Lee house.

Genuine smiles lit our faces, and I could almost hear the echo of our laughter. We were happy in that just-before-high-school way when it was still cool to ride your bike to the pool or eat box after box of Hot Tamales while playing truth or dare in a tent set up in your friend’s backyard.

I missed that kind of happy.

A strand of my bright pink hair slipped from behind my ear, only one reminder of how much had changed. I put the picture aside and dug through the box until I found the small white notebook decorated with glitter, rhinestones, and puff paint. It looked like an entire craft store had thrown up on the cover.

I remembered the sleepover in seventh grade when Grace had decided we needed a slam book to hold our deepest and darkest secrets. Each page had a different question, and each of us had chosen a different color to write our “secret” answers. Grace had chosen orange, as usual.

My stomach lurched a little as I flipped through the book and scanned the pages for her loopy handwriting.

Dark jeans and anything orange.

Kate and Maddie (of course).

Broadway performer or doctor, maybe both?

And finally I found the page I was looking for: Biggest Crush? And there, written with Grace’s obnoxious orange glitter pen, was the name.

Cameron was Grace’s next-door neighbor, and because we’d spent every waking moment from kindergarten on at Grace’s house, we had all practically grown up together. It was no secret that as soon as we all decided to like boys, Grace decided to like Cameron. I knew it, Maddie knew it, even Cameron knew it.

Despite her suffocating parents, Grace almost always got what she wanted, and Cameron was no exception.

Of course, Grace wanted a lot of things.

My mind flashed back to the days before her death, her secret smiles and quiet text sessions. Maddie and I had known something was going on, but Grace only laughed and said she’d tell us everything…eventually.

I remembered passing Cameron in the halls at school after Grace was gone, his bloodshot eyes telling of too many late-night parties, too many early-morning detentions, and not nearly enough self-control. I figured he was probably the only person who missed Grace as much as Maddie and I did, but until this moment, it had never occurred to me that he might be hiding more than a nasty drug habit. That he might actually be hiding the truth.

I laid the slam book aside and pulled my knees to my chest. A twinge of pain registered as I hugged my legs and pressed the ugly bruise already forming from hitting the desk. Even though my room felt like a sauna, I shivered.

I pulled my laptop down from my desk and balanced it on my thighs, half expecting the email to be gone. I mean, there was still a good chance that this was some type of prolonged psychotic episode.

But the email was still there.

A strange feeling rose up in my chest, the feeling I thought I’d gotten rid of for good.

Maybe I could do what our entire police force had proven incapable of doing. Maybe if I figured out what really happened that night, things would go back to the way they used to be.